“Police University” is about the chaotic investigation that ensues when a professor at an elite police university teams up with his students, one of whom is a genius former hacker. Jinyoung and Krystal star as the students Kang Sun Ho and Oh Kang Hee, while Cha Tae Hyun stars as the passionate detective and professor Yoo Dong Man.

About working with Jinyoung, Cha Tae Hyun said, “He’s someone who is really good at acting. I think that our chemistry was good and it looks fun onscreen. We start out with an uncomfortable teacher-student relationship in the drama. Since we have a big age difference, being awkward at first actually helped to immerse ourselves in our roles.”

Jinyoung said, “Cha Tae Hyun is someone that I respect a lot as a senior. I was really nervous before we started filming, so I asked around about him, and they all gave him a thumbs-up. I arrived on set after hearing how great a person he is and that I shouldn’t worry. He takes great care of us and I’m grateful to him for leading us well. Since this was my first project after my discharge from the military and it had been a long time since I acted, being on set could be tough, but thanks to him I was comfortable.” 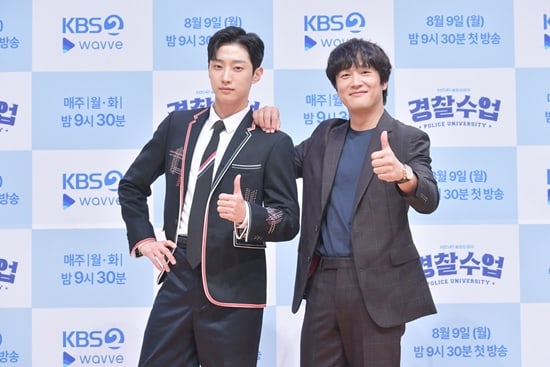 Director Yoo Gwan Mo said, “Rather than me casting them, these three actors chose me. I trusted in their acting skills. ‘Police University’ has a comedic base, but it also has elements of humanism and emotion. It’s a bit of a complex emotion. I wanted to work with actors who could surpass both sincere and comedic acting. All three are amazing actors. They’re so in sync with their characters that it makes me wonder who else could have played them.”

Krystal said, “I’m always curious to play new types of characters with jobs that I haven’t tried before. I always want to try something new, and that’s probably why my characters have been so diverse. Oh Kang Hee is a very honest and refreshing character. Since she is on the side of justice, the viewers will feel a sense of catharsis through her. I wouldn’t say that we’re completely dissimilar. She’s good at judo, so I went to stunt training and worked hard at learning the basics.”

Cha Tae Hyun hyped up the romance between Jinyoung and Krystal’s characters in the drama, saying, “Since it’s a drama, isn’t it nice if there’s a love line? Jinyoung and Krystal’s love line starts out as innocent and naive but it develops throughout the drama. It’s a typical love line, but it’s something that we can’t do without. It’s not extreme, but it does push the limits. Since it’s a campus story, you’ll be able to feel their youth.” 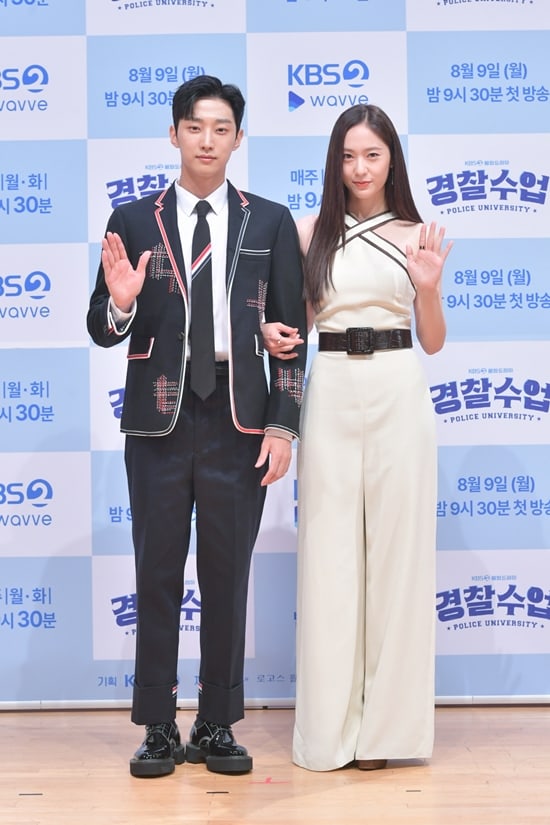 Krystal replied, “I’m embarrassed. Cha Tae Hyun looks the same as he did 10 or 20 years ago.” Jinyoung added, “His skin is so good. I asked him how he manages it, but he said he doesn’t do anything.”

The actors then made a promise for if the drama surpasses 10 percent in viewership ratings. Jinyoung said, “We’ll put on our police uniforms and dance to f(x)’s ‘Hot Summer.'” Cha Tae Hyun immediately expressed concern, but Krystal reassured him, “I’ll teach it to you.” Cha Tae Hyun said, “If we surpass 10 percent ratings, then it’s not like we can’t do that. Krystal knows the choreography and Jinyoung will be quick to pick it up, so it’s just me who has to work hard.” He said to the director, “But I need someone to practice with me, so let’s do it together.” 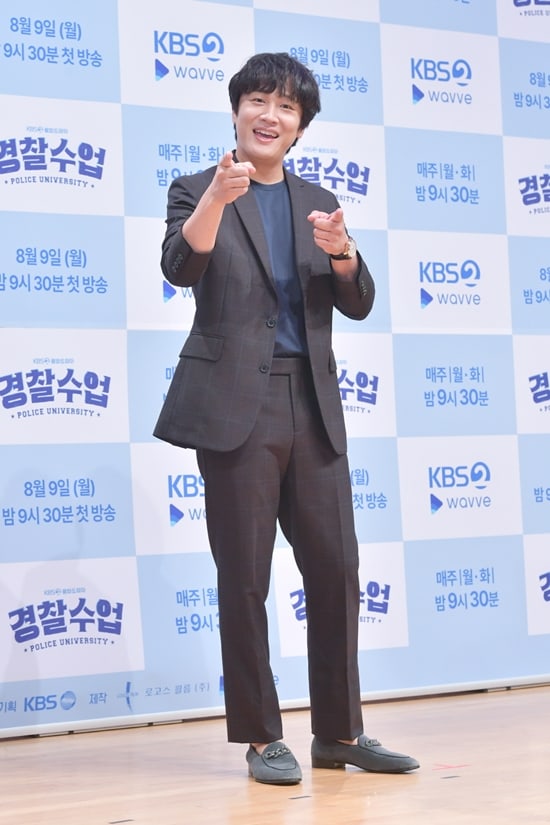 “Police University” premiered on August 9 and will be available on Viki. Check out a trailer below!