tvN’s “Hospital Playlist 2” is back to being the most buzzworthy drama!

After returning to air following a one-week hiatus, “Hospital Playlist 2” snagged the No. 1 spot on Good Data Corporation’s weekly list of the dramas that generated the most buzz. The company determines each week’s rankings by collecting data from news articles, blog posts, online communities, videos, and social media about dramas that are either currently airing or set to air soon.

In addition to “Hospital Playlist 2” topping the list for the most buzzworthy drama, the drama’s stars Yoo Yeon Seok, Jo Jung Suk, and Shin Hyun Been respectively ranked No. 6, No. 9, and No. 10 on the list for cast members.

SBS’s “The Penthouse 3” remained steady in its rankings at No. 2 with cast members Kim So Yeon and Lee Ji Ah placing high on the list for actors at No. 7 and No. 8.

Although tvN’s “The Devil Judge” dropped two spots in its ranking among buzzworthy dramas, the cast continued to sweep the actor ranking. Ji Sung placed No. 1 on the list for buzzworthy actors for the fourth consecutive week, and his co-stars followed closely behind him with Kim Min Jung at No. 2 and GOT7’s Jinyoung at No. 4.

tvN’s “You Are My Spring” was the No. 4 most buzzworthy drama this week, and the drama’s stars Seo Hyun Jin and Kim Dong Wook maintained high rankings on the list for actors at No. 3 and No. 5 respectively.

Following its conclusion, JTBC’s “Monthly Magazine Home” finished at No. 7 on the list of buzzworthy dramas. The new tvN drama “The Road: The Tragedy of One” had a promising start, coming in at No. 8 on the list, while the latest KBS2 drama “Police University” also had a strong premiere, finishing off the drama ranking at No. 10.

The top 10 dramas that generated the most buzz in the first week of August are as follows: 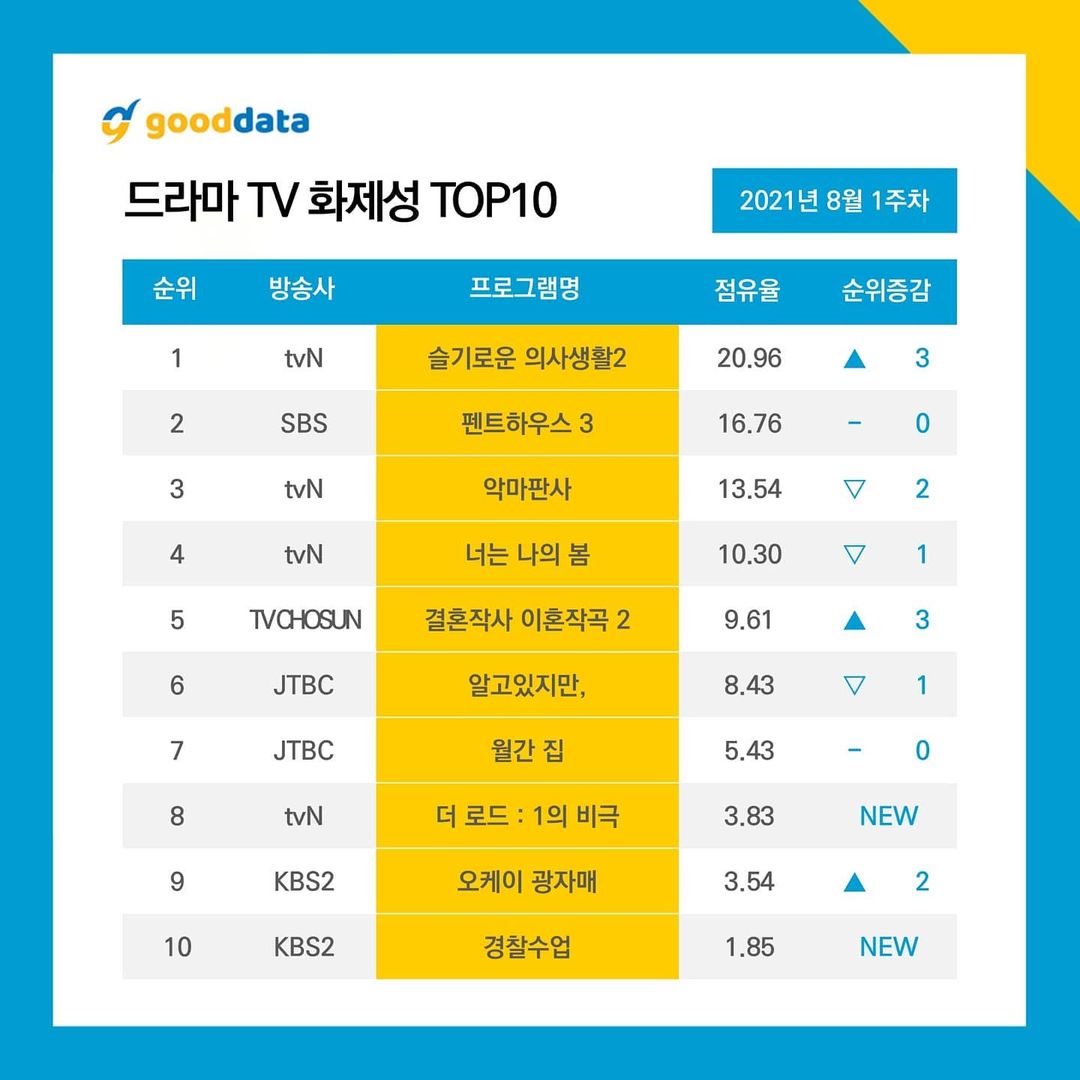 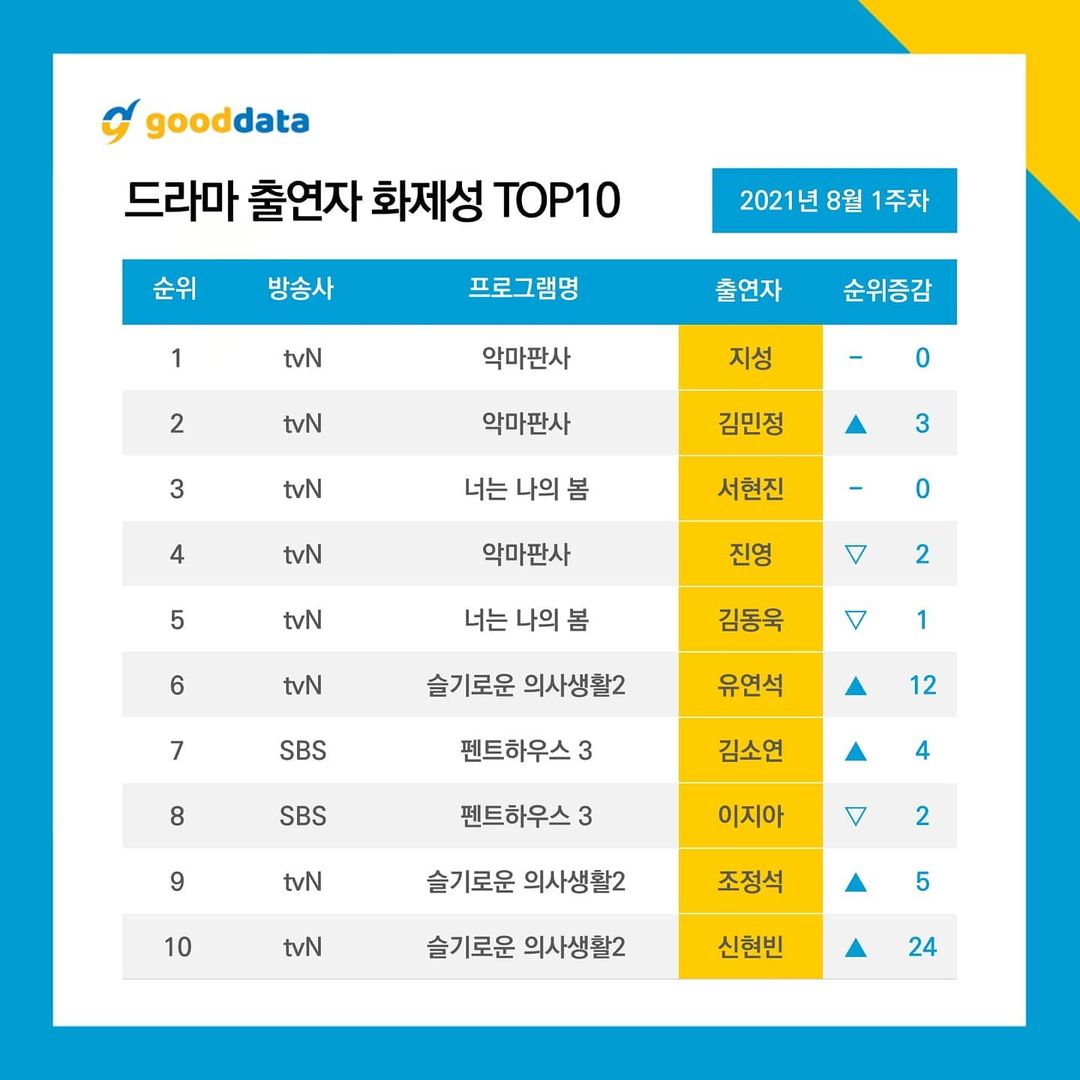