Na In Woo Talks About Being An Idol Trainee At JYP Alongside GOT7, TWICE, And More

Before becoming an actor, Na In Woo trained to become an idol at JYP Entertainment—and he’s now revealed that he’d still be up for releasing an album!

On August 10, Na In Woo appeared as a guest on the KBS Cool FM radio show “Kang Han Na’s Volume Up.” At one point during the show, the actor mentioned his time as an idol trainee at JYP Entertainment.

“Back when I was a trainee, I [trained alongside] GOT7’s Jinyoung and Jaebum [JAY B], and TWICE’s Jeongyeon and B.A.P’s Youngjae were there as well,” he recalled. “There are so many singers with whom I trained together.”

As for when Na In Woo first began dreaming of becoming an actor instead, he shared, “I think it was before my winter break when I was 19 years old [by Korean reckoning]. As I left the company, I thought, ‘Is this not the right path for me?’ When I was younger, I had the strong impression that ‘If I do whatever people tell me to do, things will work out.’ But at that time, I thought, ‘I’m going to be an adult soon, and shouldn’t I at least have a dream?'”

He went on, “It’s because I didn’t lose sight of what I imagined when I was young, and because I put my life on the line to achieve it, that I ended up where I am today.”

DJ Kang Han Na then pointed out, “You’re good at playing instruments, good at singing, and good at acting. Don’t you have any desire to release an album?”

Na In Woo replied, “If the opportunity ever comes my way, I’d be up for it whenever.” 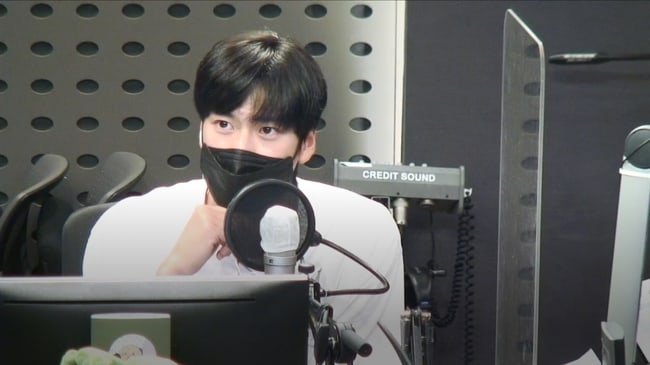 …and GOT7’s Jinyoung in “The Devil Judge” here!

GOT7
TWICE
Jeongyeon
B.A.P
JAY B
Jinyoung (GOT7)
Yoo Young Jae
Kang Han Na's Volume Up
Na In Woo
How does this article make you feel?