Netflix’s upcoming series “Squid Game” (previously known as “Round Six”)! has shared an intriguing sneak peek of its story!

“Squid Game,” which is set to premiere next month, is a new drama about a mysterious survival game with a reward of 45.6 billion won (approximately $40 million) on the line. Lee Jung Jae and Park Hae Soo will star as two childhood friends who wind up joining the game—only to learn that there is more at stake than just the prize money.

In addition to releasing a trailer for the upcoming drama, Netflix also unveiled an unsettling poster that puts an ominous twist on the Korean children’s game known as the “squid game.” As one of the game’s faceless workers drags a bloody corpse towards a coffin decorated like a gift box, the poster’s caption teases, “45.6 billion [won], the childhood innocence of grown-ups will be destroyed.”

Meanwhile, the new teaser offers a chilling glimpse of the drama’s survival game. Losing the game means losing your life—and only the final survivor will get to leave with the 45.6 billion won.

As 456 terrified contestants put their lives on the line in a fierce battle to survive, viewers are left to wonder who could have organized this large-scale game with life-or-death stakes.

“Squid Game” will be released on September 17. In the meantime, check out the new trailer and poster for the drama below! 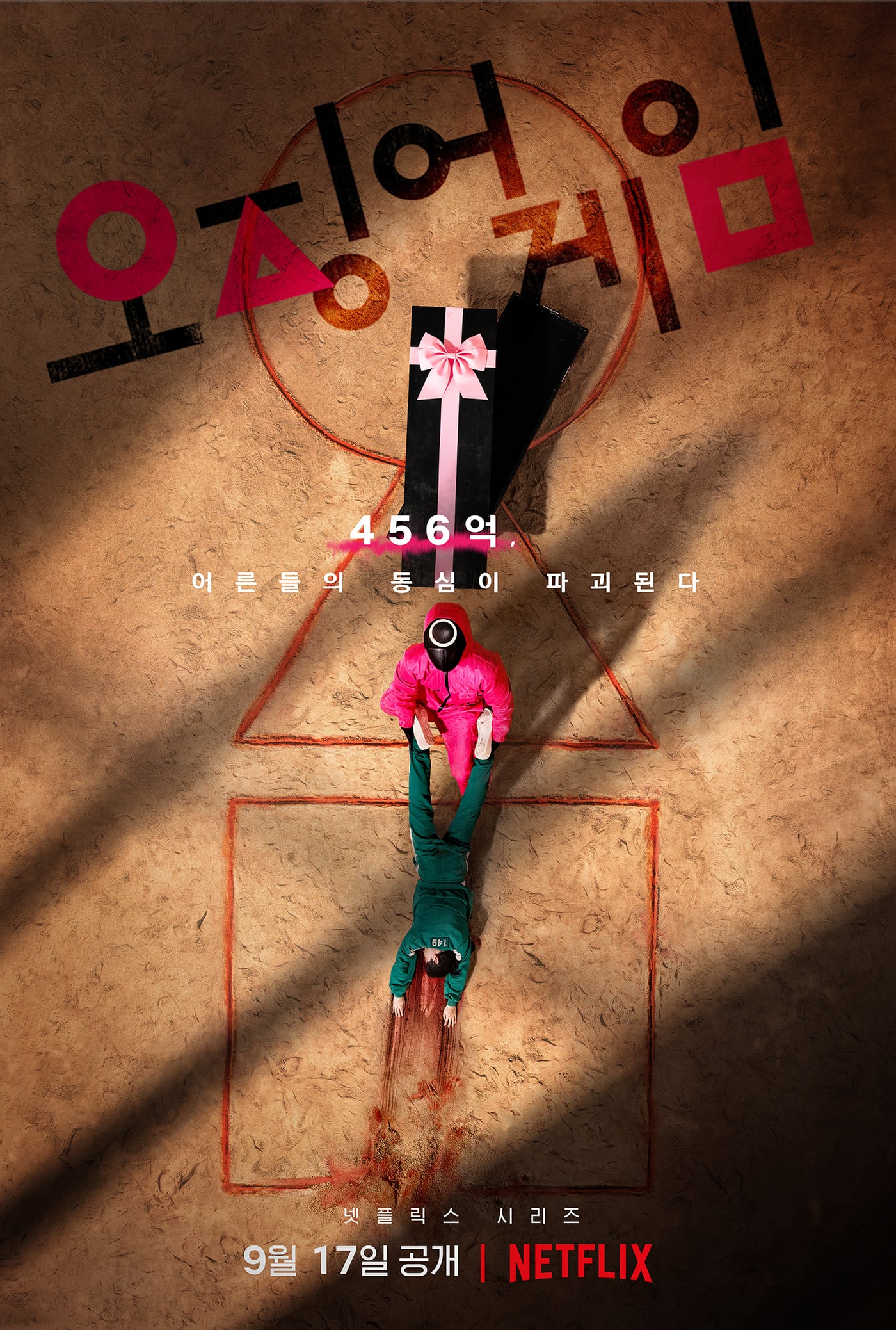 While you wait for “Squid Game,” watch Park Hae Soo in his film “Quantum Physics” with subtitles here: