“High Class” is a mystery drama set at an ultra-luxurious international school located on an island paradise. Jo Yeo Jeong will star as Song Yeo Wool, a successful lawyer who loses everything when she is framed for her husband’s murder.

Song Yeo Wool unexpectedly begins to unravel the mystery behind her husband’s death when she meets the mother of her son’s classmate at the prestigious school – who happens to be the woman her husband had an affair with before he was murdered.

Kim Ji Soo takes the role of Nam Ji Sun, a woman who was born as the eldest daughter of a conglomerate and now owns a hotel on Jeju Island. Ha Jun stars as Danny Oh, a former ice hockey player who is now a gym teacher at the school. Park Se Jin plays Hwang Na Yoon, a single mother who is Song Yeo Wool’s only friend on the island, and Gong Hyun Joo plays Cha Do Young who used to be a top celebrity but is now a social media influencer.

The poster features the five main cast members attending a mysterious tea party in a garden. Hwang Na Yoon and Cha Do Young seem to be enjoying the event with their children, but Song Yeo Wool, Nam Ji Sun, and Danny Oh look stiff and serious. The caption on the poster reads, “My husband’s dead woman is here.” Which one of the women did her husband have an affair with? 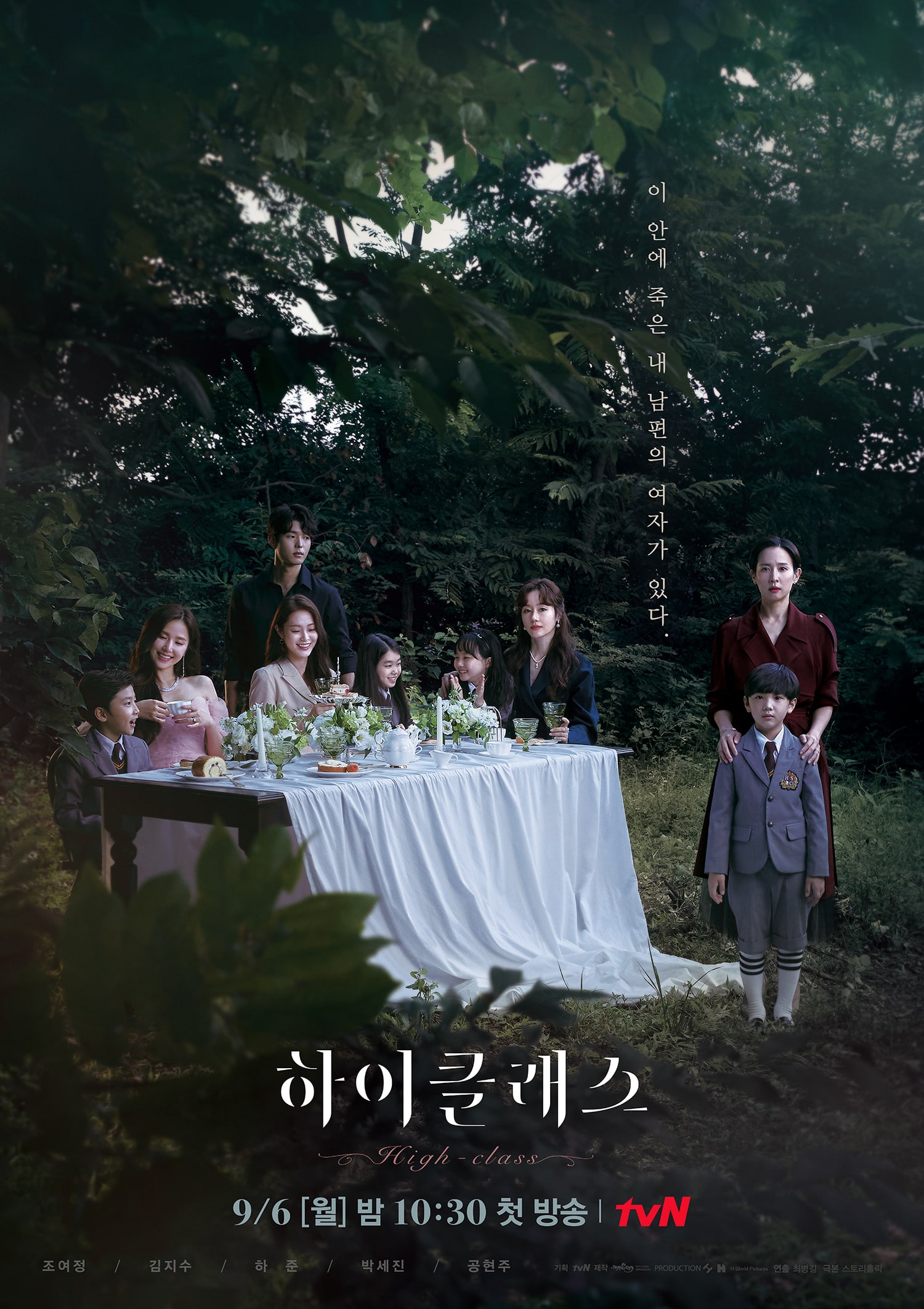 In the meantime, watch Jo Yeo Jeong in her previous drama “Cheat on Me If You Can” with subtitles below!