SBS’s upcoming drama “Lovers of the Red Sky” has released its main posters!

Based on the novel of the same name by author Jung Eun Gwol, whose novels “Sungkyunkwan Scandal” and “The Moon Embracing the Sun” have also famously been adapted into hit dramas, “Lovers of the Red Sky” is a historical fantasy romance drama set in the Joseon era. Kim Yoo Jung stars as Hong Chun Gi, a female painter who was born blind but miraculously regains vision. Ahn Hyo Seop stars as blind astrologer Ha Ram, who is able to read the stars despite losing his sight.

In the sweet posters for the new drama, Hong Chun Gi and Ha Ram are drawing at a beautiful valley that looks more like a paradise. Hong Chun Gi is holding a brush, and Ha Ram is carefully embracing her from behind. What is especially attention-grabbing is the fact that blind Ha Ram is entirely focused on Hong Chun Gi. Furthermore, Hong Chun Gi gazes back at him with tender eyes, and their affectionate eye contact makes fans’ hearts flutter with excitement for their upcoming romance. 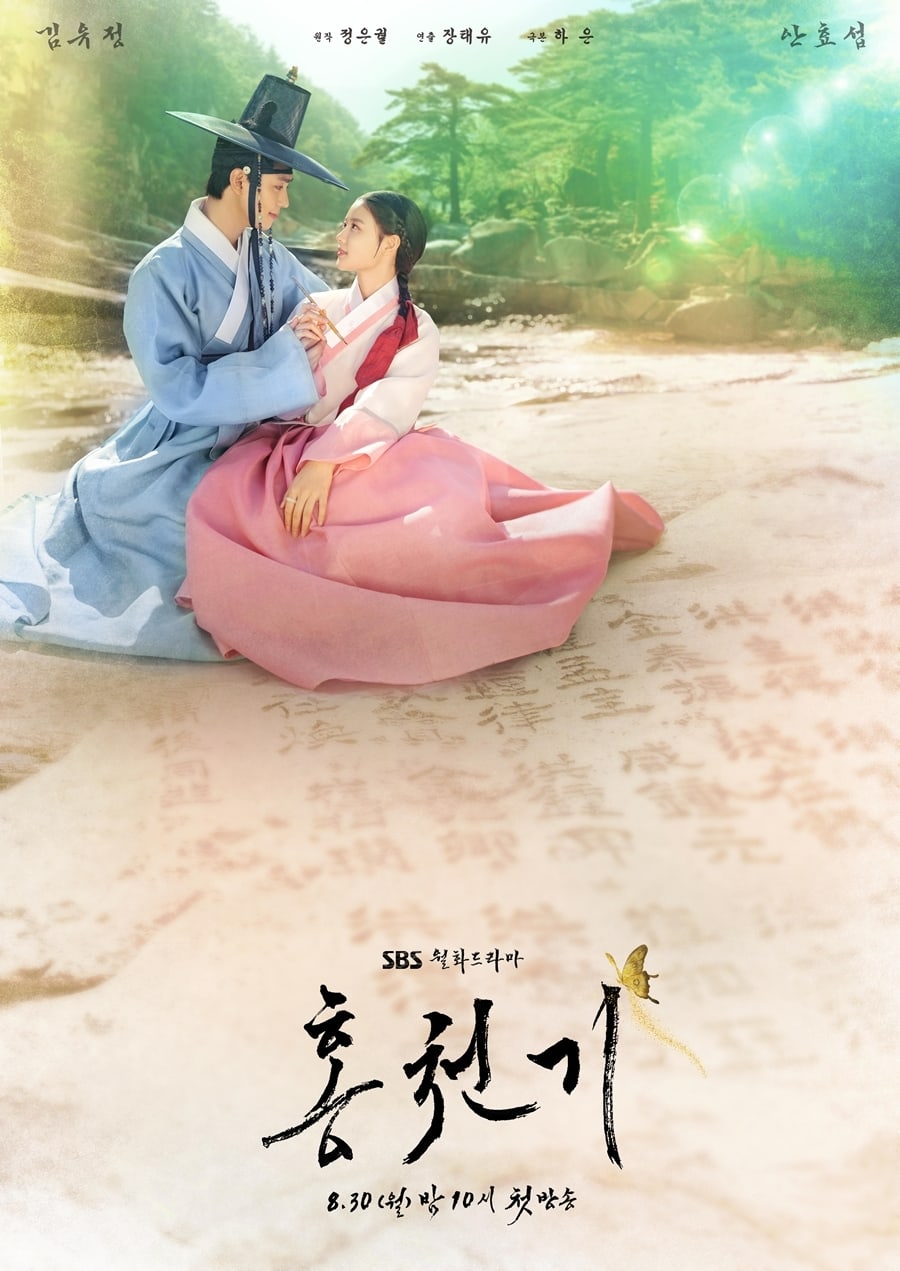 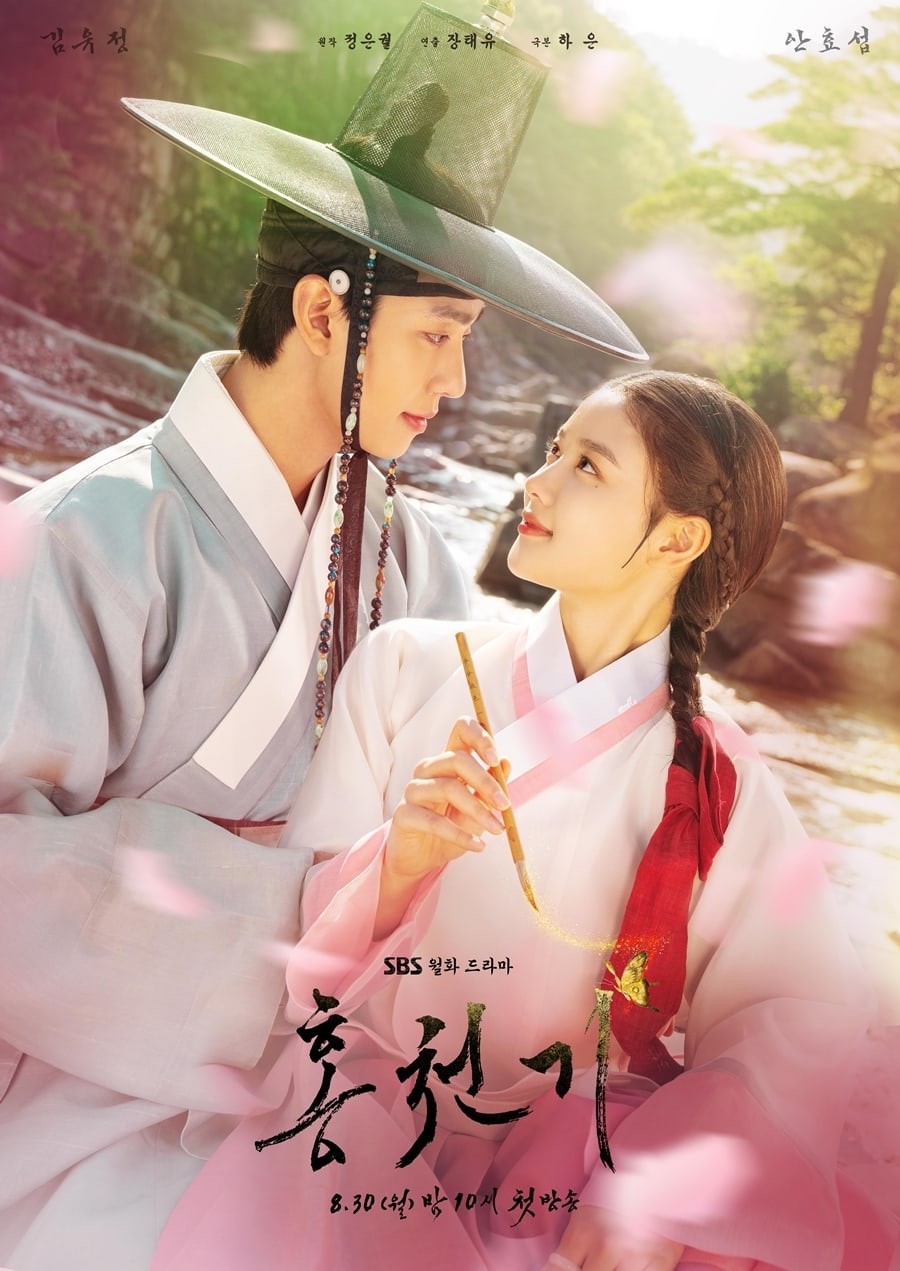 It was said that Ahn Hyo Seop and Kim Yoo Jung were able to create the chemistry between Hong Chun Gi and Ha Ram by solely concentrating on each other. Thanks to the two actors who were immersed in their respective roles and emotions, fans are able to see the romantic lovers in the poster.