Lee Yong Seop, a supervisor at Westworld, the company in charge of computer-generated imagery (CGI) for “The Witch’s Diner,” gave an interesting interview about his work for the drama.

Based on a novel, “The Witch’s Diner” is a dark fantasy drama about a witch restaurant that sells food that grants wishes in exchange for the customers’ souls. Song Ji Hyo stars as the restaurant’s owner and witch Hee Ra, while Nam Ji Hyun and Chae Jong Hyeop co-star as her business partner Jin and part-time employee Gil Yong.

Lee Yong Seop explained that the CGI work had begun with the concept of a “grotesque and dark fairy tale.” He said, “Hee Ra appears to be a beautiful and wise woman who grants the wishes of ordinary, kind, and sincere people, but she can also be cruel and lethal. We wanted to combine her elegance and beauty with horror and coldheartedness.”

He continued, “We used CGI to show that her magic concealed her true witch’s self under her beautiful face. We focused on the color violet in order to create both an elegant and spine-chilling look. When Hee Ra changes her clothes, we make her witch’s aura purple as well.” 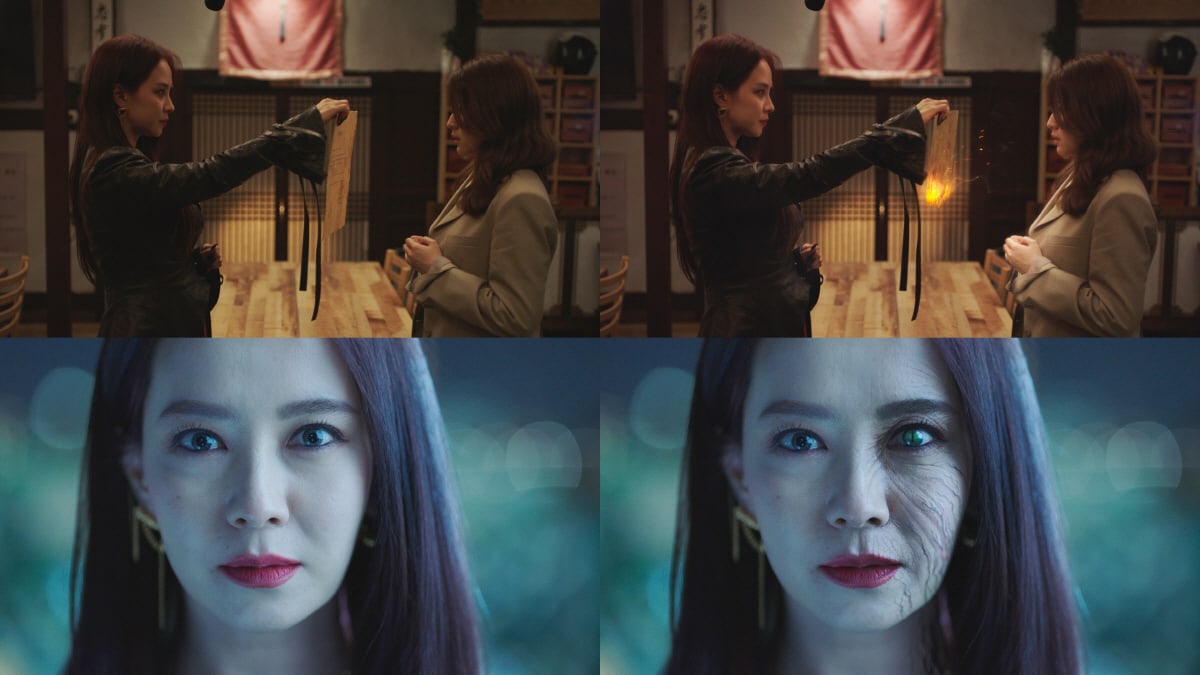 One memorable scene from the first episode features a mandrake tree. Lee Yong Seop expressed his affection for the mandrake and said, “We started out with the idea of a talking tree, so we had to make its mouth move with the right lines, but we also wanted to have it respond back and forth with the actor. We didn’t stint on the animation work. Since it took a lot of work, we’re quite satisfied with the results.” 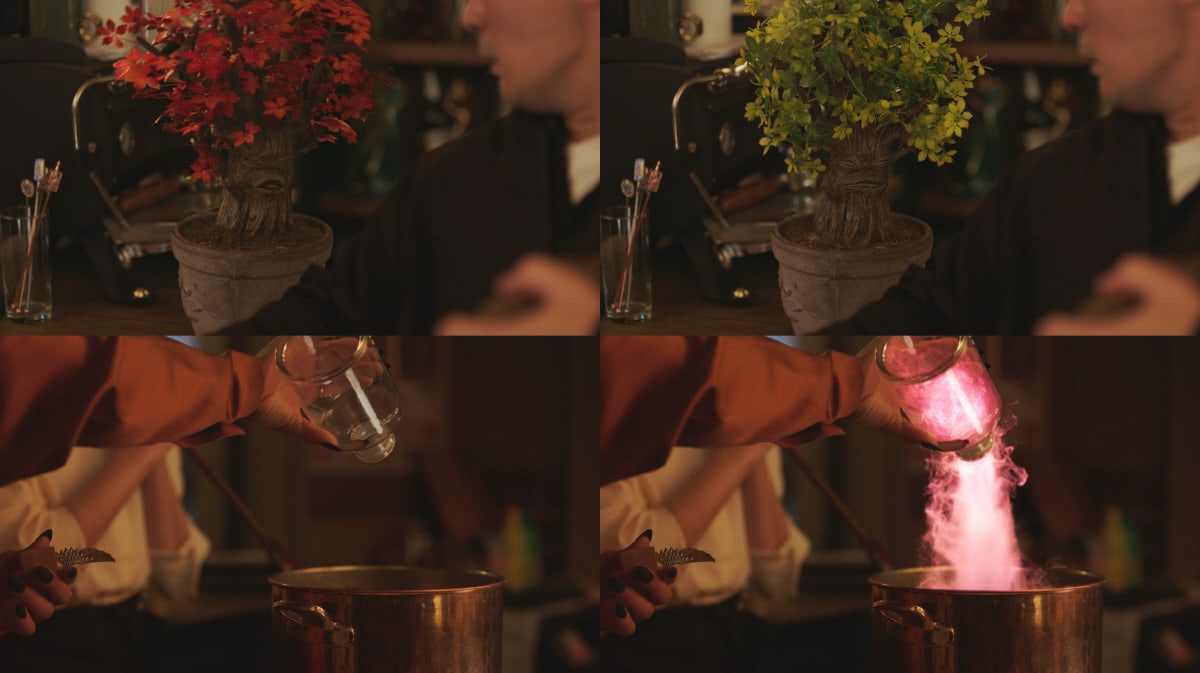 What do you think of the CGI in “The Witch’s Diner”?

If you haven’t already, check out the drama below!

The Witch's Diner
How does this article make you feel?