JTBC’s “Nevertheless” has unveiled stills of Song Kang and Han So Hee ahead of the upcoming episode!

After Park Jae Uhn (played by Song Kang) and Yoo Na Bi (played by Han So Hee) shared a kiss, he attempted to restore their relationship, but she avoided him, saying that their passionate moment had been nothing but a mistake. However, Park Jae Uhn didn’t give up and continued to stay near her.

In the newly released stills, Park Jae Uhn has returned to Yoo Na Bi’s home. When Yoo Na Bi said that she would throw away his things, Park Jae Uhn dissuaded her by saying he would come to get them soon. This points out how much he has changed ever since he has fallen in love with her. Before, he would easily leave his past behind, but now, he’s unable to do that.

Park Jae Uhn’s face is shadowed with longing, and Yoo Na Bi, who is packing his things, also looks rather gloomy. Yoo Na Bi remains calm, as if she is trying to turn a blind eye to her feelings. However, curiosity is mounting over whether she will be able to keep her poker face when he encloses the distance between them. In the last photo, Park Jae Uhn approaches her from behind and grips onto the top of her arms. Will Park Jae Uhn be able to win back Yoo Na Bi’s heart? 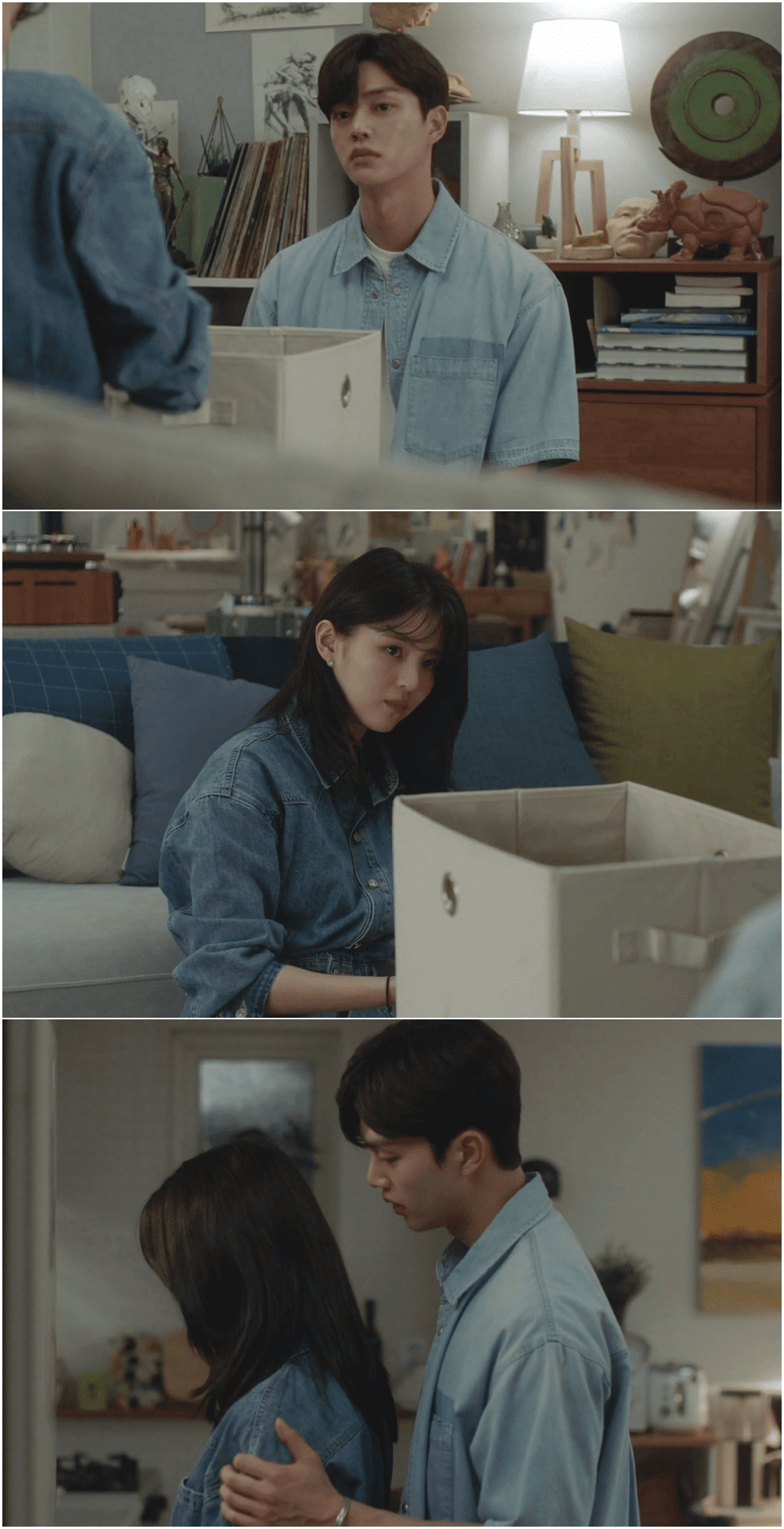 The producers of “Nevertheless” commented, “Just like Yoo Na Bi did in the past, Park Jae Uhn is now hovering around her. Please tune in to the drama to see if his attempt to catch Yoo Na Bi, who is trying to fly away, will end up as a game-changer or a handshake that will ruin everything.”