Watch: Jung Hae In And Goo Kyo Hwan Live On The Edge Of Military And Civilian Life In New Teasers For “D.P.”

Based on a popular webtoon, “D.P.” (which stands for Deserter Pursuit) is a new Netflix series about a special military squad sent to chase down deserters. Jung Hae In stars as Ahn Jun Ho, a new recruit who is scouted for the D.P. squad before he’s even adapted to military life. Goo Kyo Hwan stars as Han Ho Yeol, the team leader of the D.P. squad.

The new poster shows Jung Hae In and Goo Kyo Hwan living at the edge of civilian and military life. Although they are soldiers, as the bottom half of the poster shows, they go undercover in casual clothes in order to track down deserters from the military. Although Han Ho Yeol looks relaxed, spinning handcuffs in his hand, Ahn Jun Ho still looks rigid and stiff as a new soldier getting used to his new role. The caption reads, “Bring them back. ‘Safely.'” 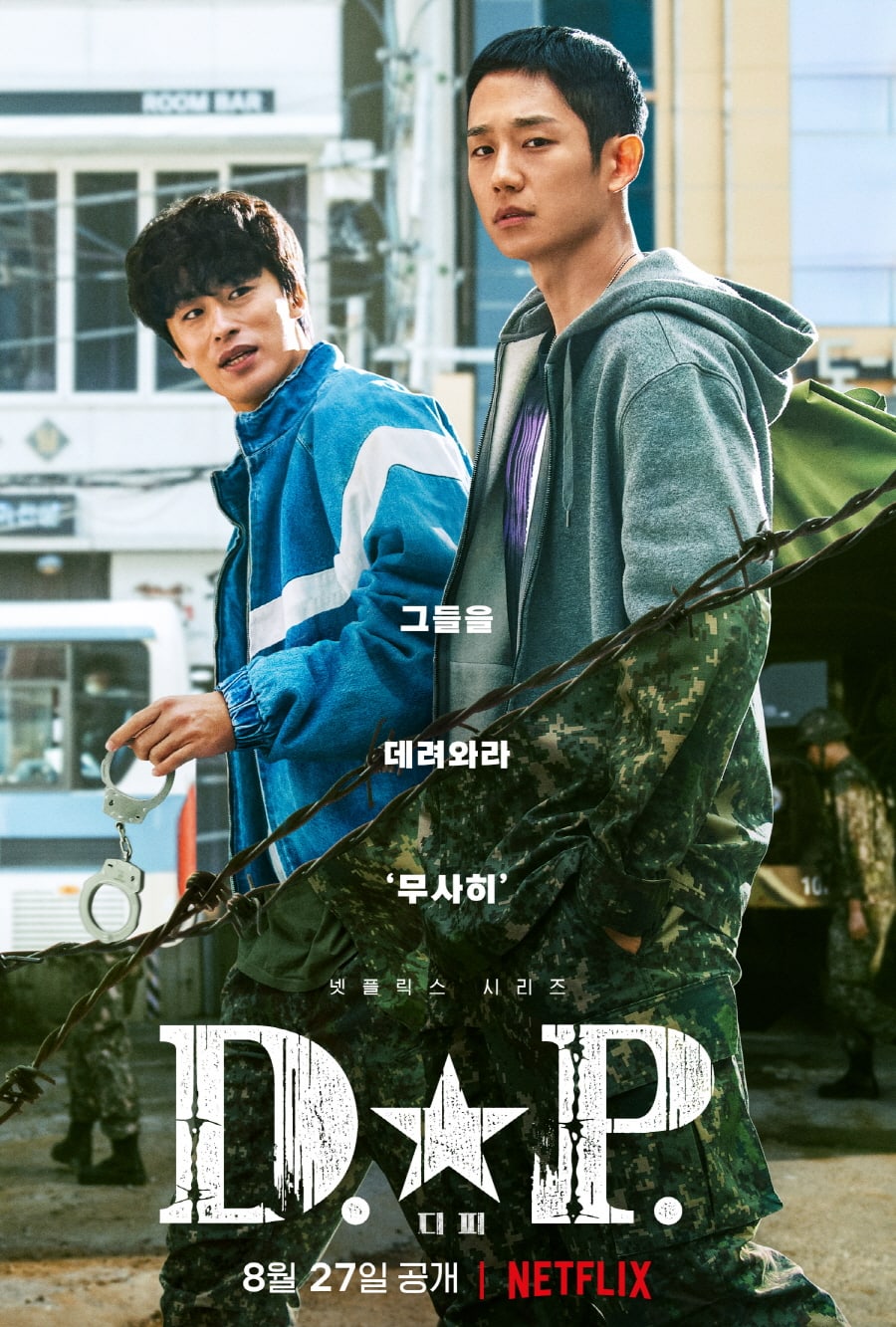 The main trailer shows the two D.P. squad members getting close to each other as they go undercover. The video starts with Ahn Jun Ho being thrown into the harsh reality of military life, which involves not only physically and mentally straining work but also often power trips and physical and verbal abuse. With the escape of a soldier over the barbed wire fence, Ahn Jun Ho is assigned to the D.P. squad. Although he tries to maintain military discipline as the youngest member of the squad, his team leader, Han Ho Yeol, takes a more relaxed attitude toward his work.

The two squad members disguise themselves as tourists in Busan and Han Ho Yeol advises, “There are two types of escaped soldiers. Bastards who are scary because you have no idea what they’ll do next. And bastards that are just scary to try and catch.” Although much of the trailer blends comedy and action as the men chase down their targets, there are also human moments that show the shame and fear of the deserters and the family members they left behind.

Check out Jung Hae In in “A Piece of Your Mind” below!

Jung Hae In
Goo Kyo Hwan
D.P.
How does this article make you feel?