tvN’s “The Devil Judge” has shared a suspenseful sneak peek of its next episode!

On the previous episode of “The Devil Judge,” Jung Sun Ah (played by Kim Min Jung) sent Kang Yo Han’s associate K (Lee Ki Taek) plummeting to his death as the injured judge helplessly looked on. As she proved just how vicious she could be, even the normally unfazed Kang Yo Han was visibly shaken by her cruelty.

In the drama’s upcoming episode, Jung Sun Ah will once again make Kang Yo Han’s blood run cold. After waltzing into the judge’s home, she casually sits for tea with his young niece Elijah (played by Jeon Chae Eun) with an innocent smile. Then, as he nervously shoots daggers at her with his eyes, she rises to place her hands on Elijah’s shoulders—dangerously close to her neck—in a feigned display of affection.

Making the scene even more chilling is the fact that in the last episode, when she sent K to his death, Jung Sun Ah told Kang Yo Han, “I want you to be lonely, young master. Just like me.” After insinuating that she wants to eliminate everyone near Kang Yo Han that he holds dear, it is especially alarming that Jung Sun Ah has managed to get so close to his beloved niece. 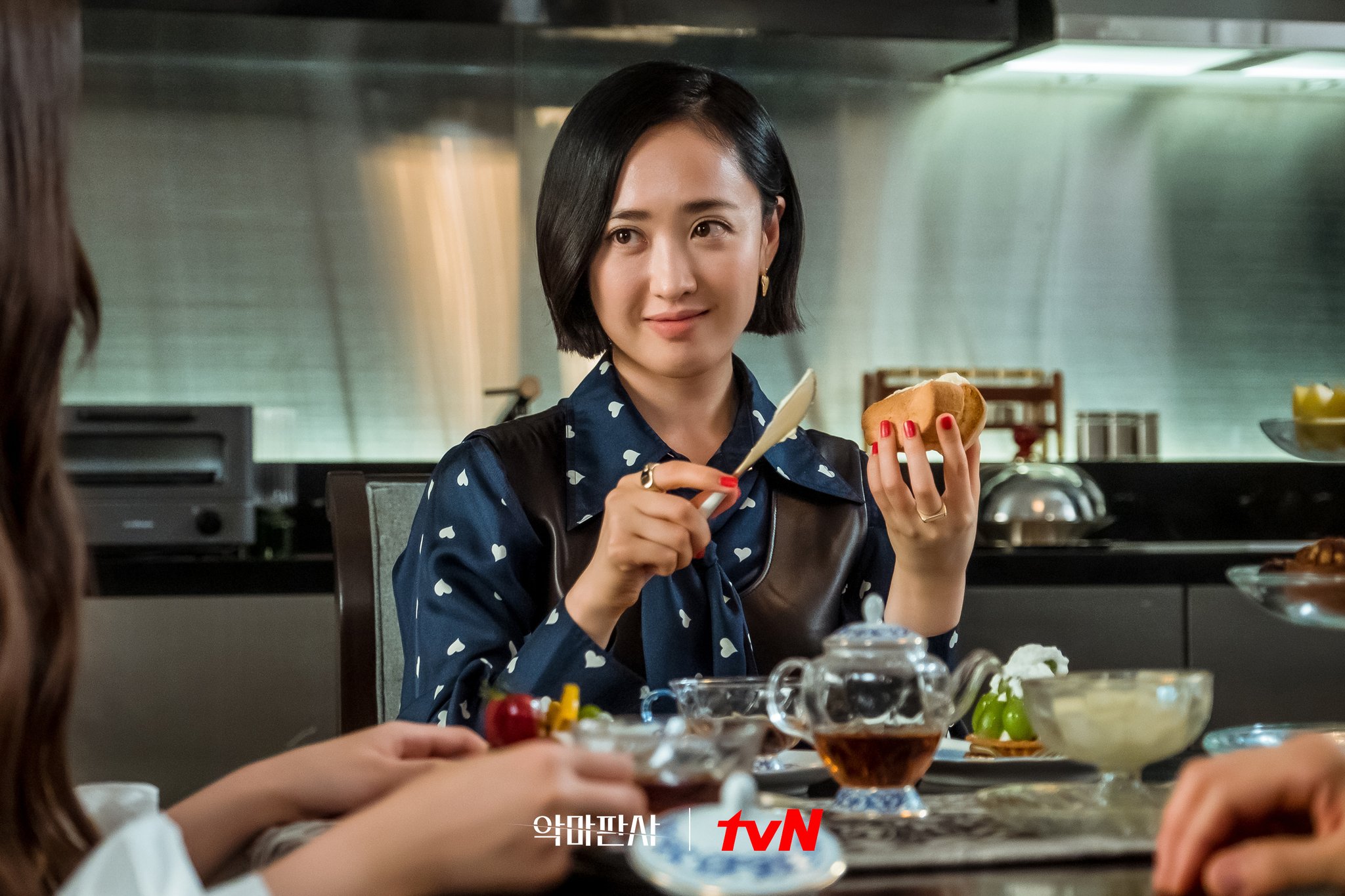 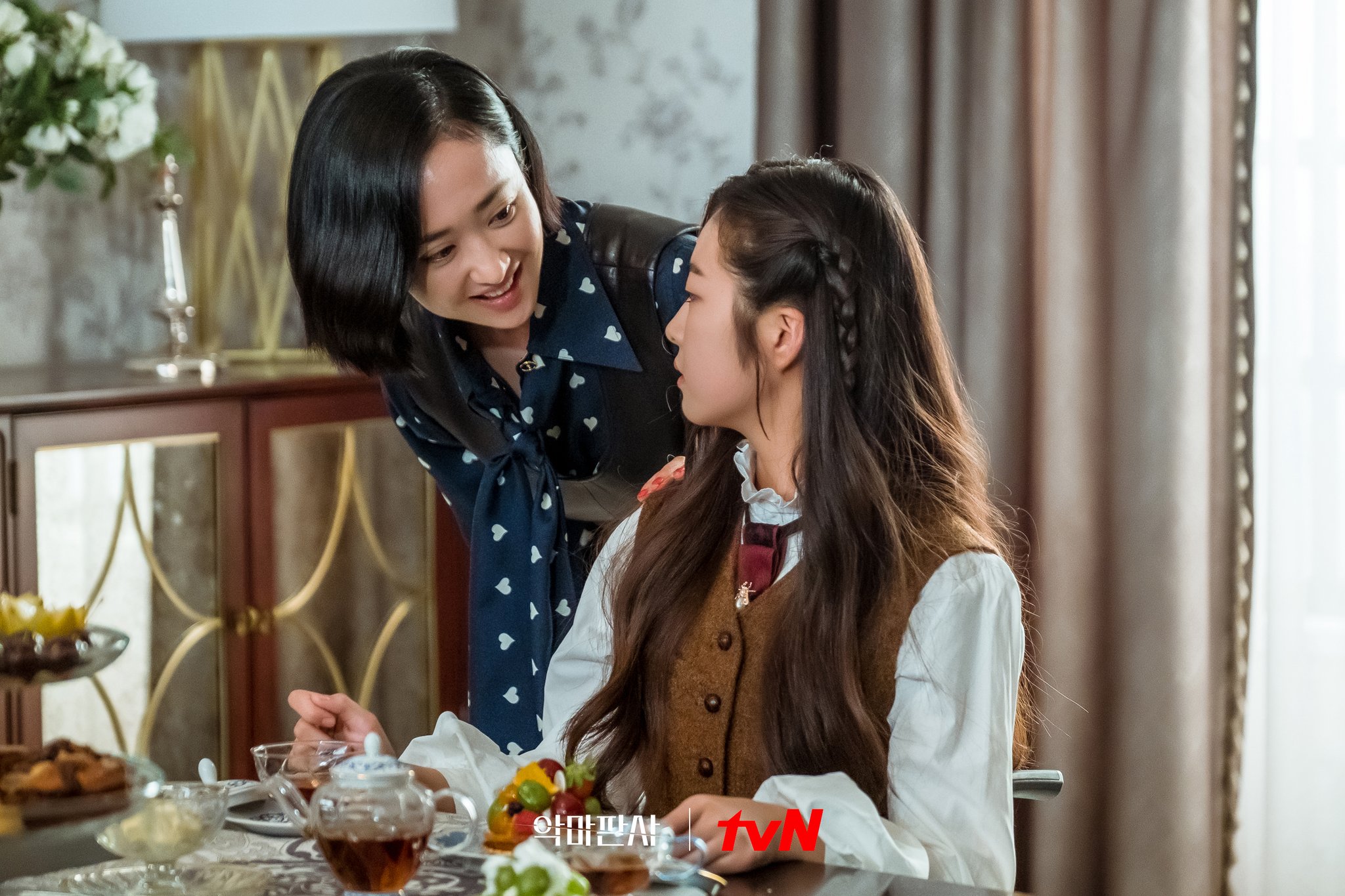 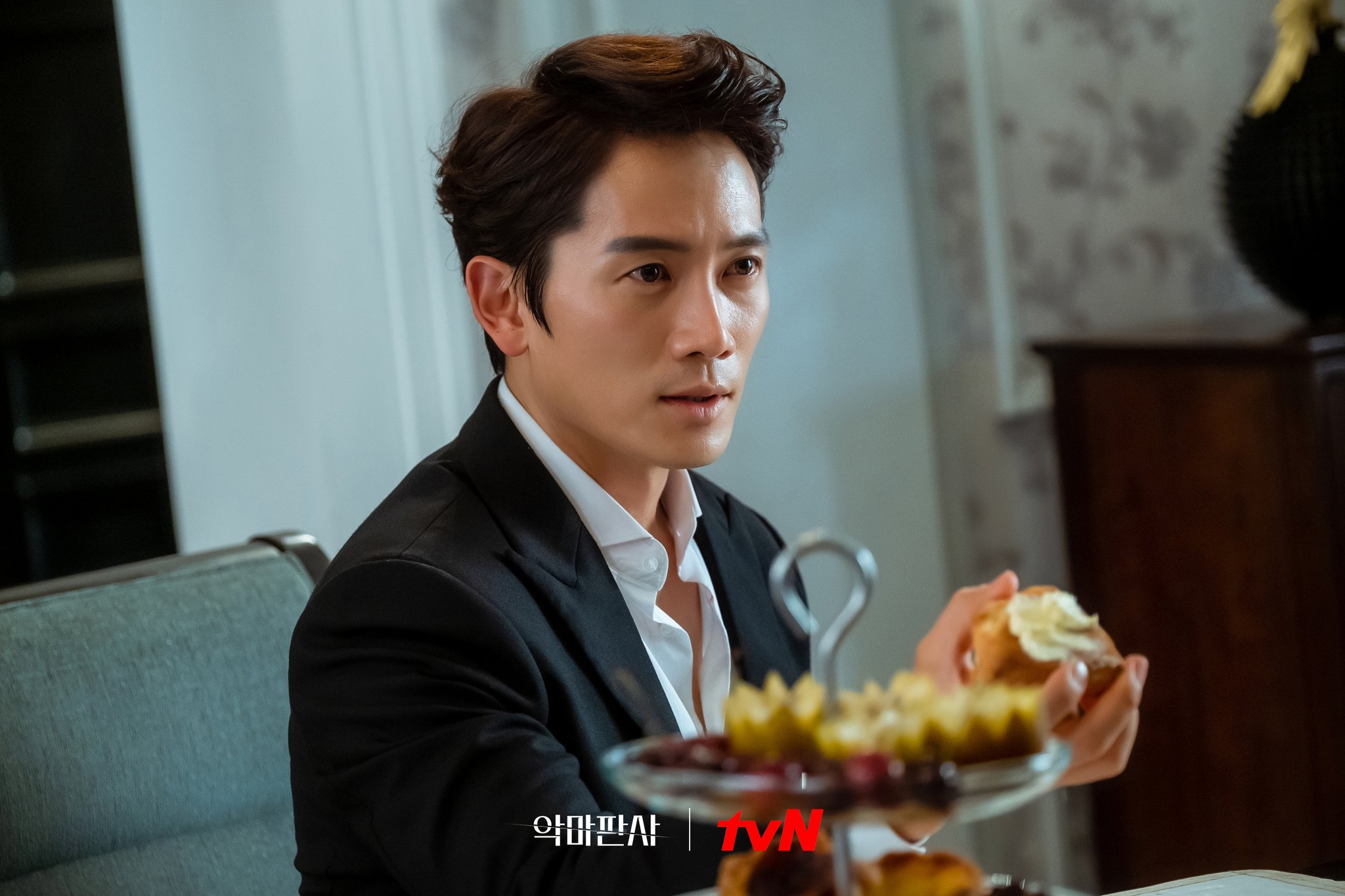 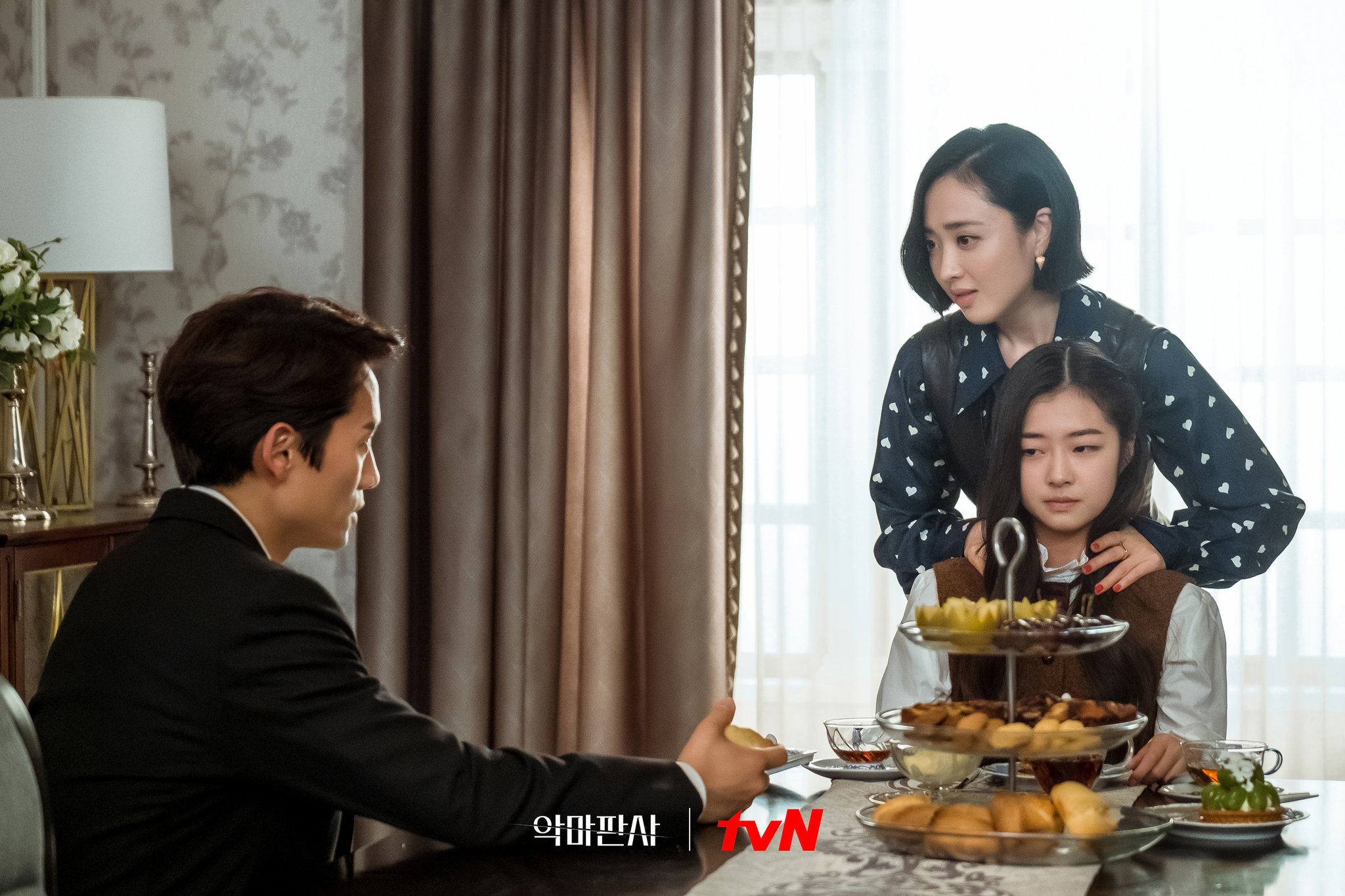 To find out what will transpire at this tense tea, tune in to the next episode of “The Devil Judge” on August 14 at 9 p.m. KST!