Get ready for a “close encounter” between Cha Tae Hyun and Hong Soo Hyun on the next episode of “Police University”!

“Police University” is a new KBS drama about the chaotic investigation that ensues when a professor at an elite police university teams up with his students—one of whom is a genius hacker. B1A4‘s Jinyoung and f(x)‘s Krystal star as university students Kang Sun Ho and Oh Kang Hee, while Cha Tae Hyun stars as passionate detective-turned-professor Yoo Dong Man.

In a new sneak peek of the drama’s upcoming episode, Yoo Dong Man is caught off guard by an unexpected embrace from fellow professor Choi Hee Soo (played by Hong Soo Hyun) in the gym. Choi Hee Soo previously showed interest in Yoo Dong Man as she watched the new professor train their latest recruits, making viewers curious as to how the two police officers’ relationship will evolve in the future.

The newly released stills from the third episode capture the normally confident Yoo Dong Man looking amusingly flustered while talking to the judo expert. In contrast to Yoo Dong Man, whose eyes nervously dart back and forth throughout their interaction, Choi Hee Soo looks entirely relaxed as she smiles self-assuredly at the other professor. 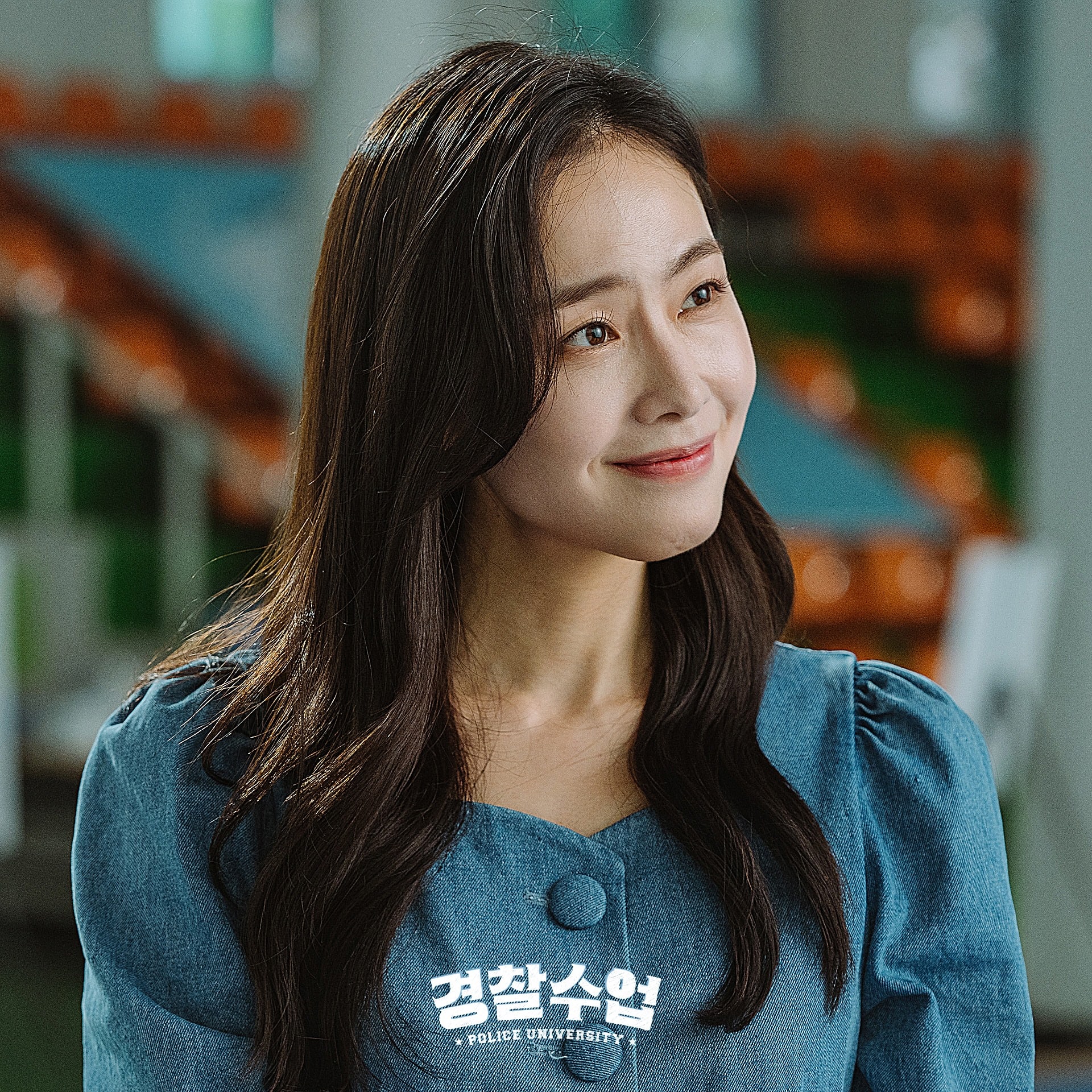 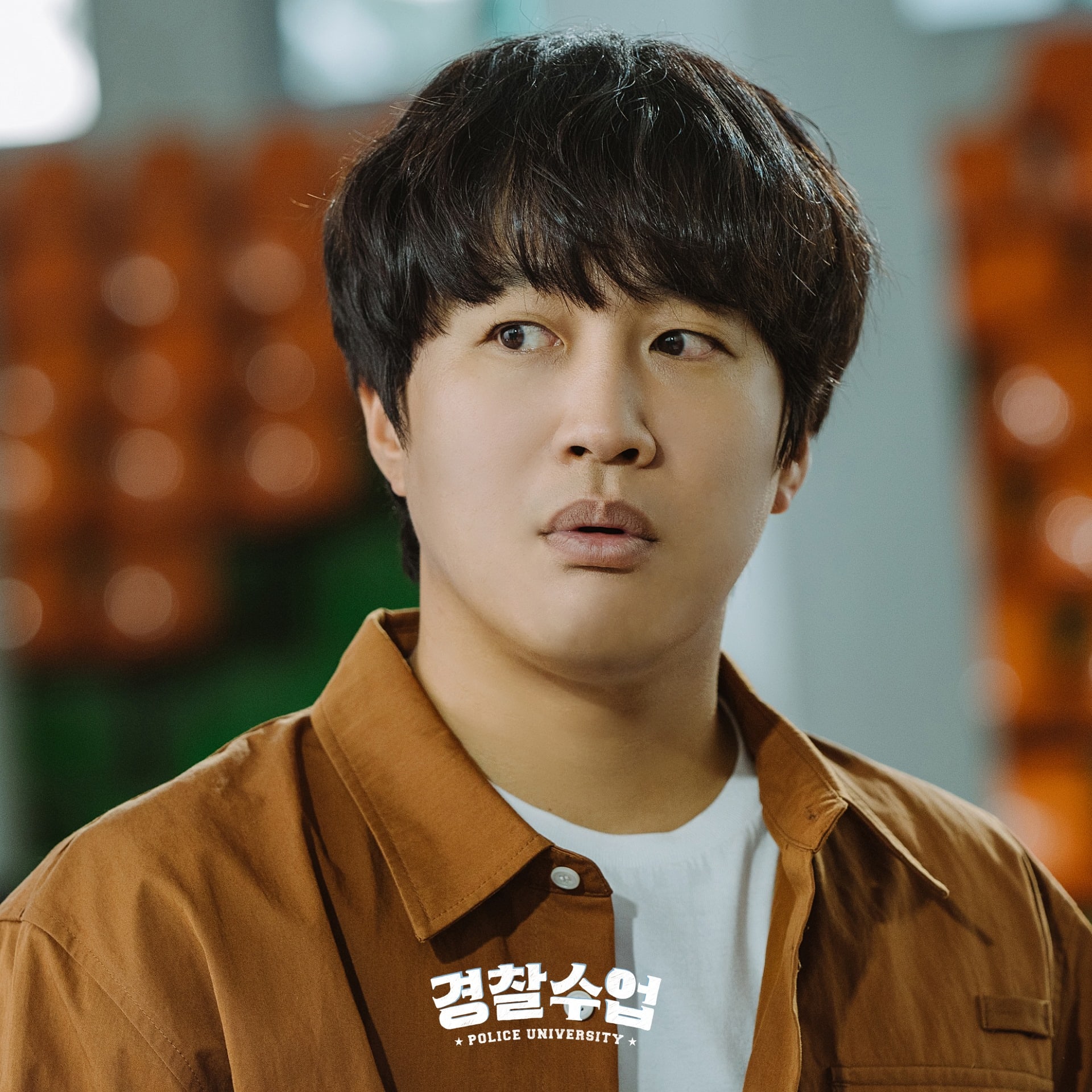 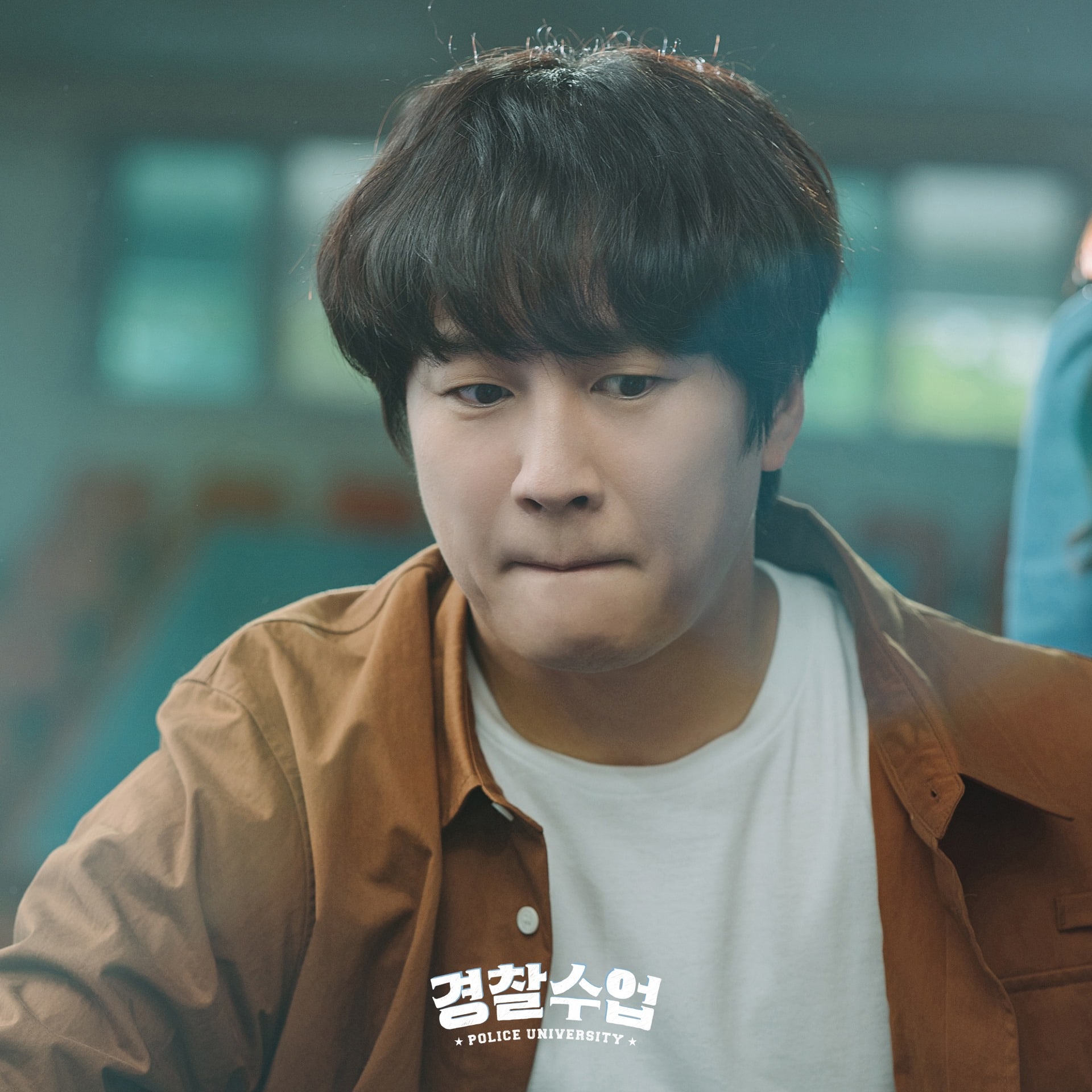 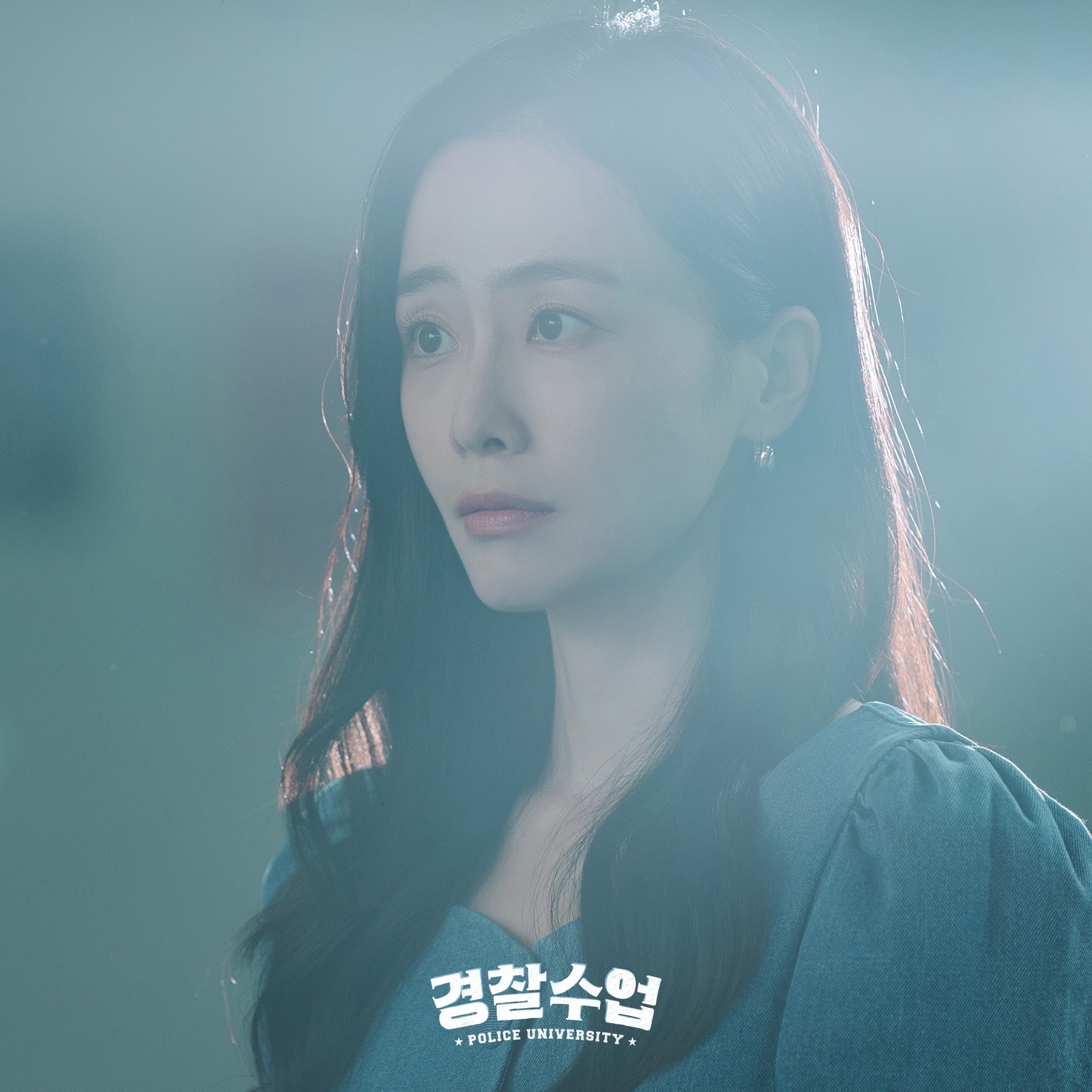 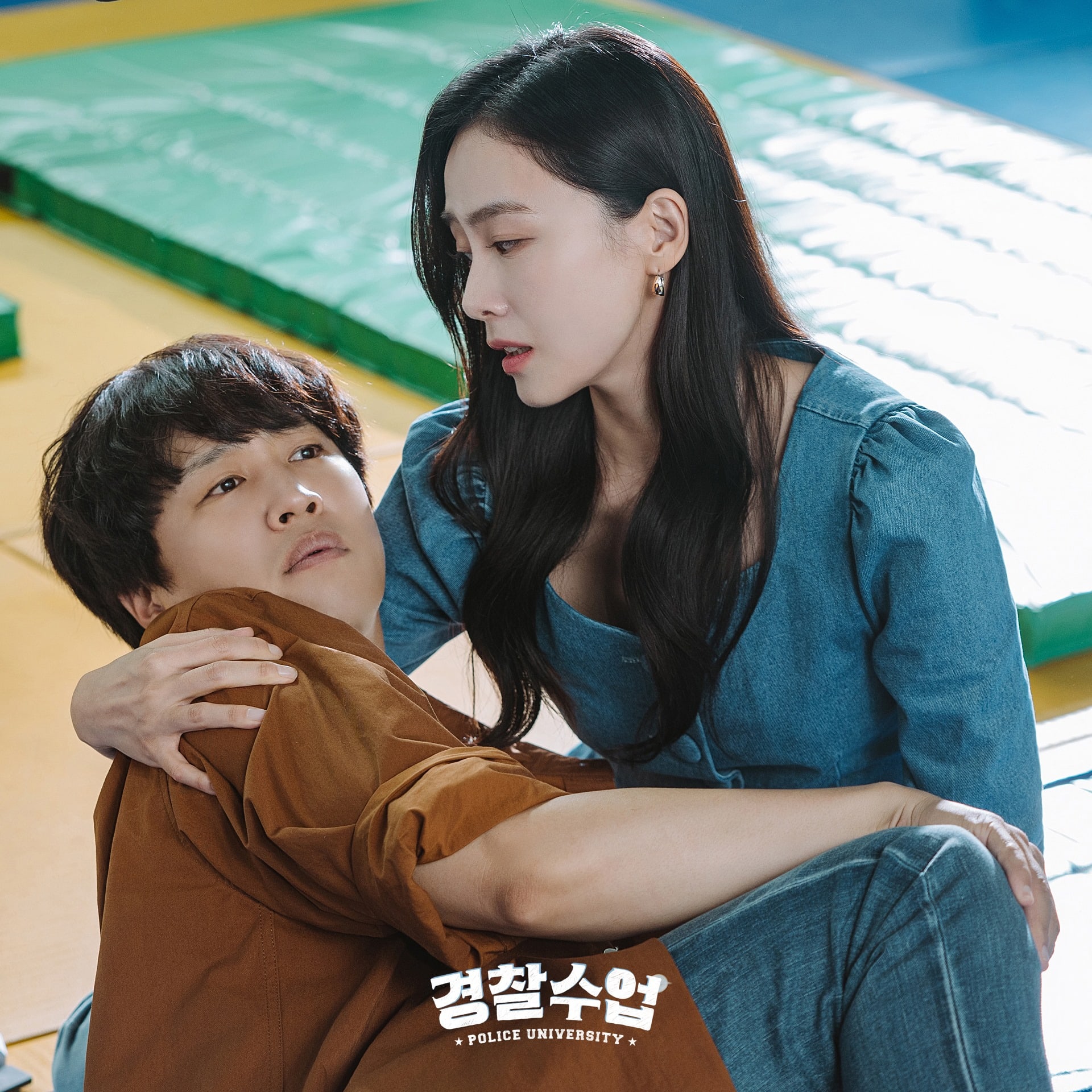 The producers of “Police University” commented, “Our drama is made up of a wide array of characters encompassing multiple generations, from young students taking their first steps into society to the professors who are guiding and teaching them. Through these unique characters who are all entirely different from one another, we will not only deliver laughs but also tell a relatable story that the whole family can enjoy watching together. Please continue to show a lot of interest in our drama in the future as well.”