Park Bo Gum made a surprise appearance on a military cooking show!

On an episode of the show “Chef’s Special Meal” (literal title) which was uploaded on August 14, Park Bo Gum made a guest appearance where he worked hard to prepare a meal for soldiers alongside chef Jung Ho Young.

In the show, Park Bo Gum dazzled in his navy uniform as he sat down with Jung Ho Young to discuss his life in the military since his enlistment last year. 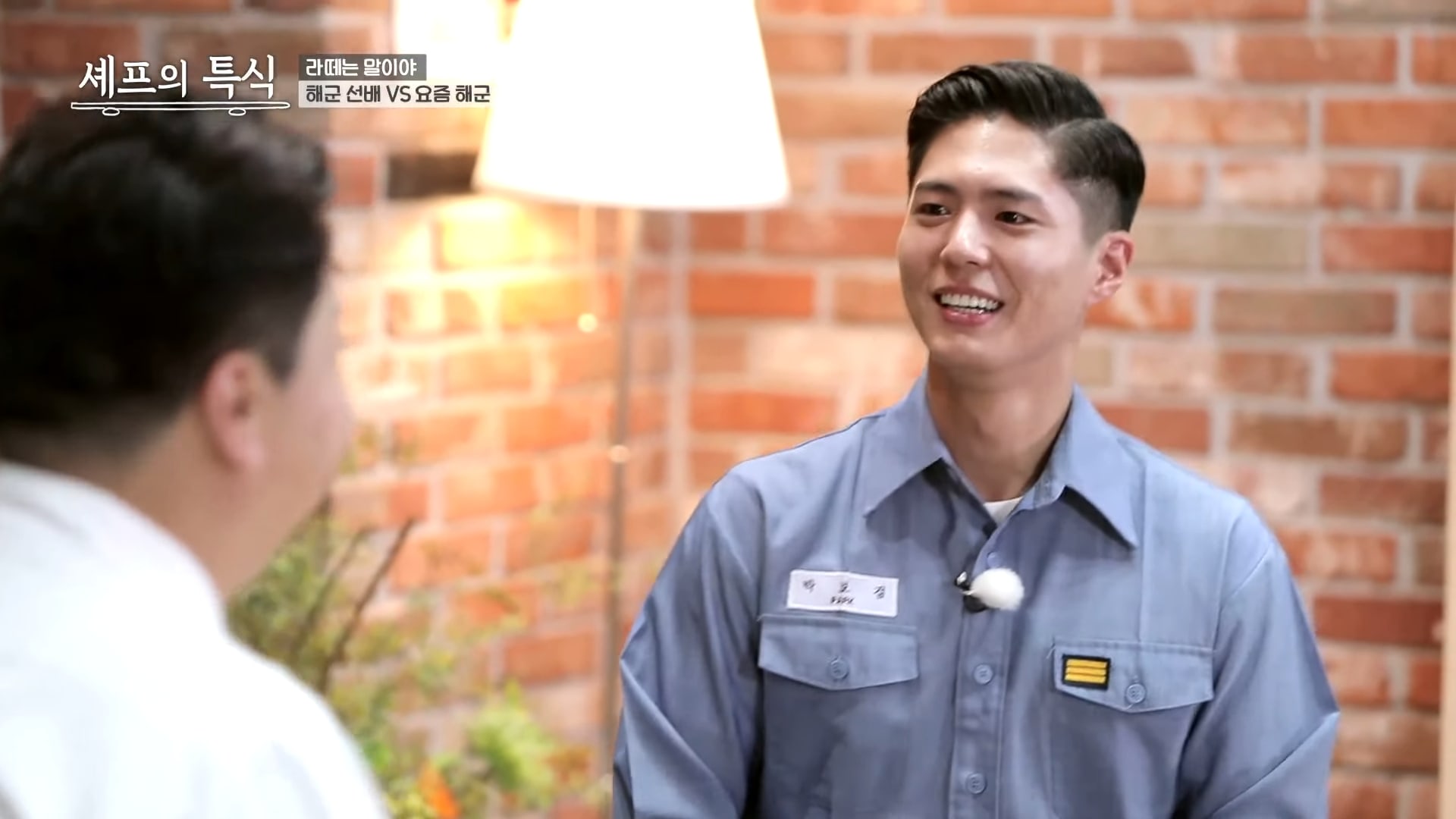 He also revealed the reason behind his decision to join the show, saying, “So many soldiers eat every day, right? But the act of preparing meals for so many people, without any rest…I wondered when I would ever get the chance to have this kind of experience. I hoped I could help out a little and make meals just a little more delicious for these 600 soldiers.”

The episode follows Park Bo Gum as he assists Jung Ho Young in cooking a delicious meal consisting of rice, Hamburg steak, and curry. The duo then head to the mess hall to recreate the same meal for hundreds of soldiers with a time limit of two hours. With the help of the team of military cooks, they do their best to cook and serve the food within the allotted time.