Watch: “The Road: The Tragedy Of One” Cast Fills The Set With Lighthearted Humor

tvN’s “The Road: The Tragedy of One” has released a new behind-the-scenes look at the drama!

The making-of video begins with Ji Jin Hee and Kim Sung Soo racing against the setting sun as they hurry to film the outdoor scene. As they battle with the head and the bugs, Ji Jin Hee jokingly blames Lee Jong Hyuk, whose character is dead in the scene, for their troubles. Kim Sung Soo counters with another joke, saying, “It’s because we’re in such a great place. Good things never last long.”

In another clip, Ahn Nae Sang and Kim Hye Eun work together to solidify each minor detail of their scene. In the middle of rehearsal, Kim Hye Eun suddenly falls over. Ahn Nae Sang chides, “You’re an actress full of surprises. You never know what’s going to happen.” Later on, Kim Hye Eun shows Ahn Nae Sang her script, which is full of notes written on the margins. Ahn Nae Sang reads over it in admiration before turning to the camera to lightheartedly announce his regret for not preparing for his scene in the same way. 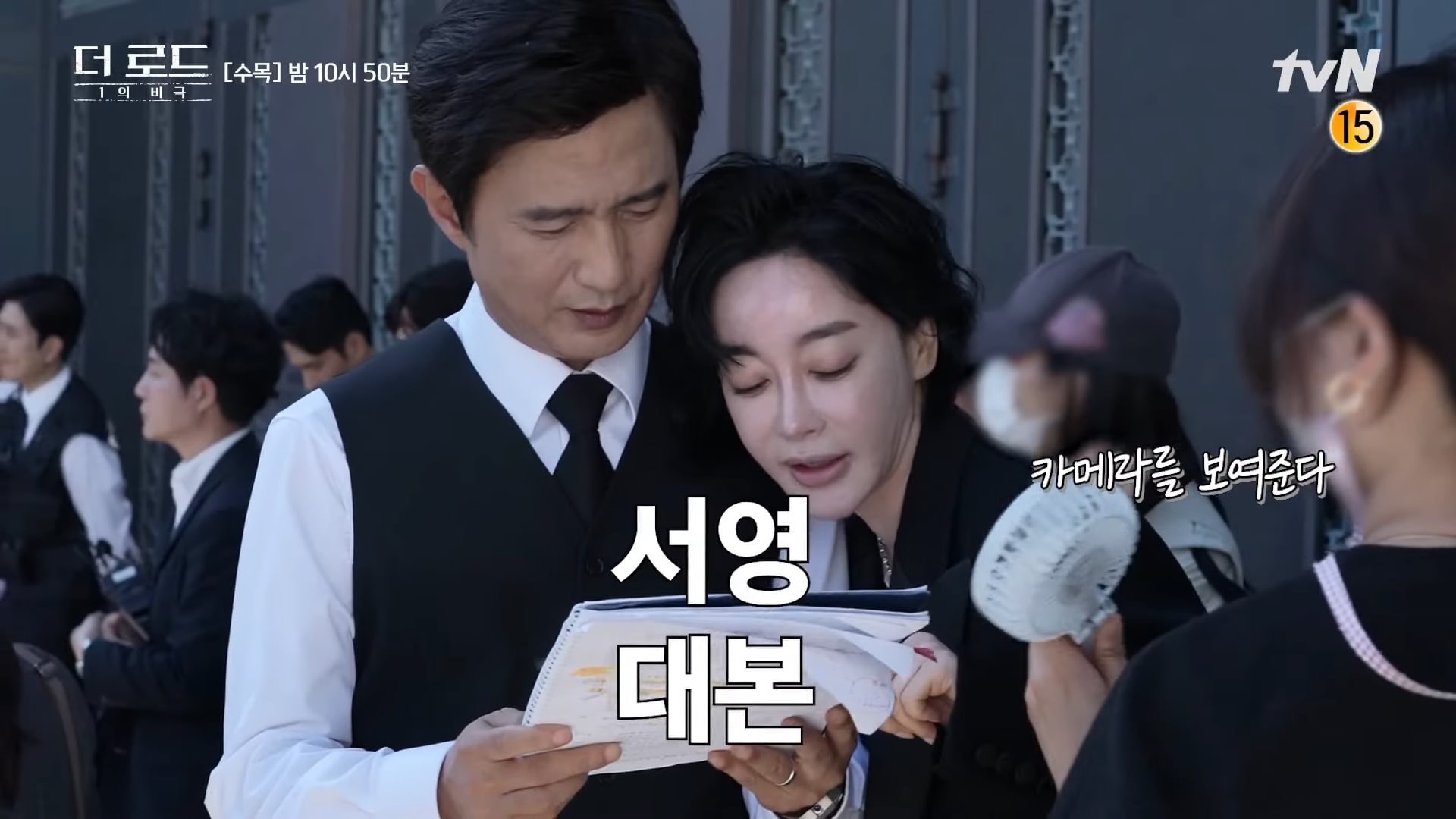 Next, Ji Jin Hee works on placing his bag on the table in just the right spot in order to make it fall over. After he succeeds, he brags about how much time he saved the filming staff by completing the task so quickly.

During rehearsal, Yoon Se Ah picks up one of the files from the bag, but Ji Jin Hee snatches it back in a playful manner, making the staff break out in laughter. The pair engage in some playful banter, and when Yoon Se Ah teasingly asks why he is eating so much, Ji Jin Hee deadpans, “Stress.”

The video wraps up as Ji Jin Hee films a chase scene, which ends with Park Ji Hoon leaping over a banister. As Ji Jin Hee looks down at him, he scolds, “What am I supposed to do if you smile at me?” Ji Jin Hee muses, “What if I open my eyes and stare at him? Wouldn’t that be scary?”. When he tries it out, raucous laughter breaks out on set.