Watch: “The Penthouse 3” Cast Brings Endless Laughter And Passion To The Set

SBS’s “The Penthouse 3” took viewers behind the scenes of some lavish ceremonies from the drama!

The new making-of video begins with Kim So Yeon filming her character’s inaugural ceremony. When she enters in her bright red dress, another cast member mentions that she looked like one of the figures on a card used to play Go-Stop, a popular card game. Kim So Yeon says that she had thought the same thing, and she imitates the figure’s pose as everyone bursts into laughter.

In another clip, Kim So Yeon does her best to figure out the pronunciation of “Salvator Mundi,” a task which Kim Do Hyun takes on as well. Many other cast members and staff gather around to help solve the problem, with the issue finally being resolved by another cast member who fluently pronounces the artwork’s title. Kim So Yeon politely expresses her gratitude as she makes a note in her script. 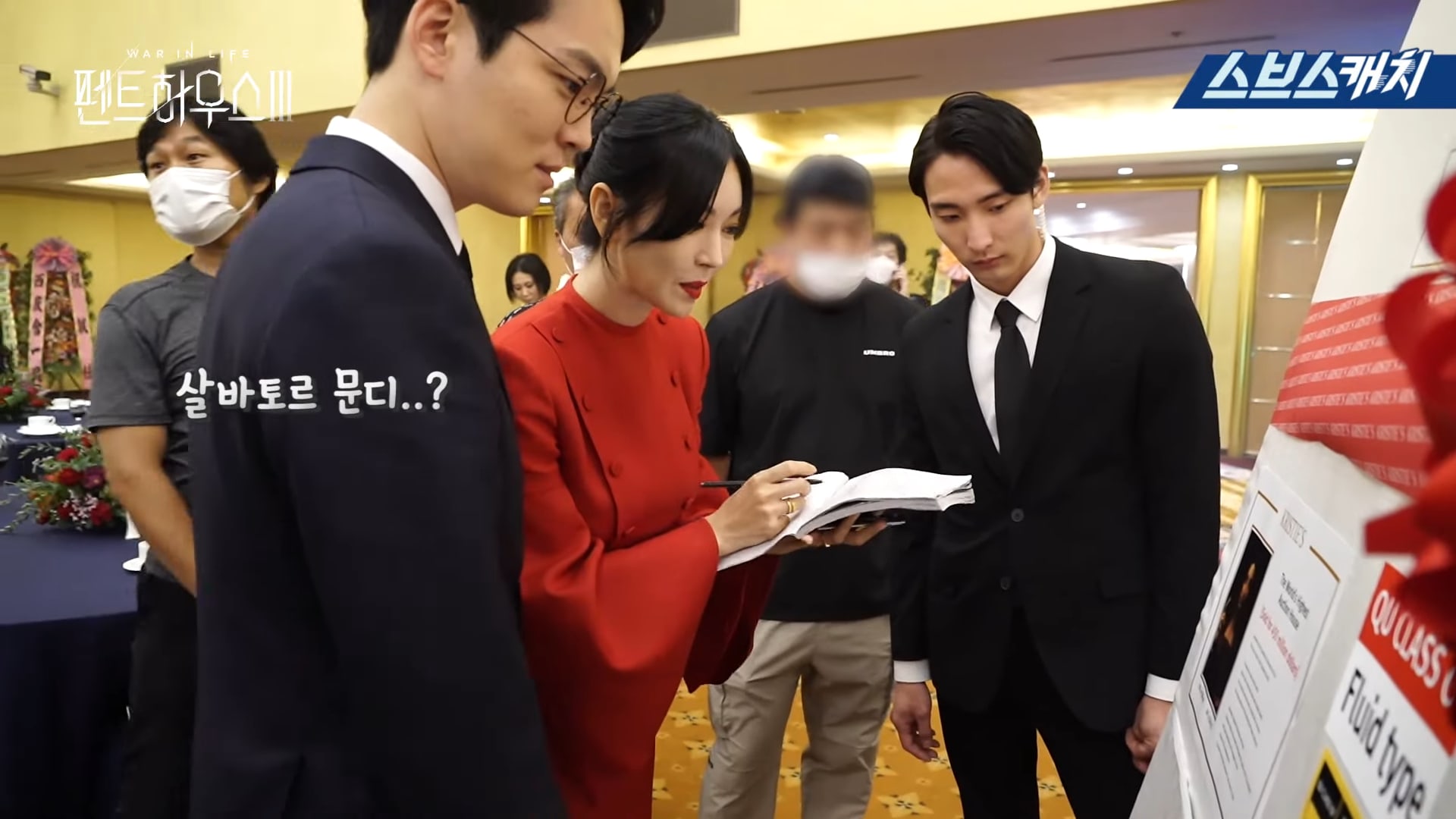 Meanwhile, Choi Ye Bin points out Kim Young Dae’s name in the program, laughing as she imagines his character appearing in the scene. She also mentions to the camera that in a different scene, she saw the director’s name written on the shopping bag, laughing quietly to herself about the name placement.

When it comes time for Kim So Yeon to film the dramatic reveal of the artwork and her character’s subsequent escape from the banquet hall, she grows worried about the cast members standing near the tower of wine glasses that get knocked over. After she runs off camera, she turns to check the scene, saying, “Be careful, be careful,” as people continue to run past. 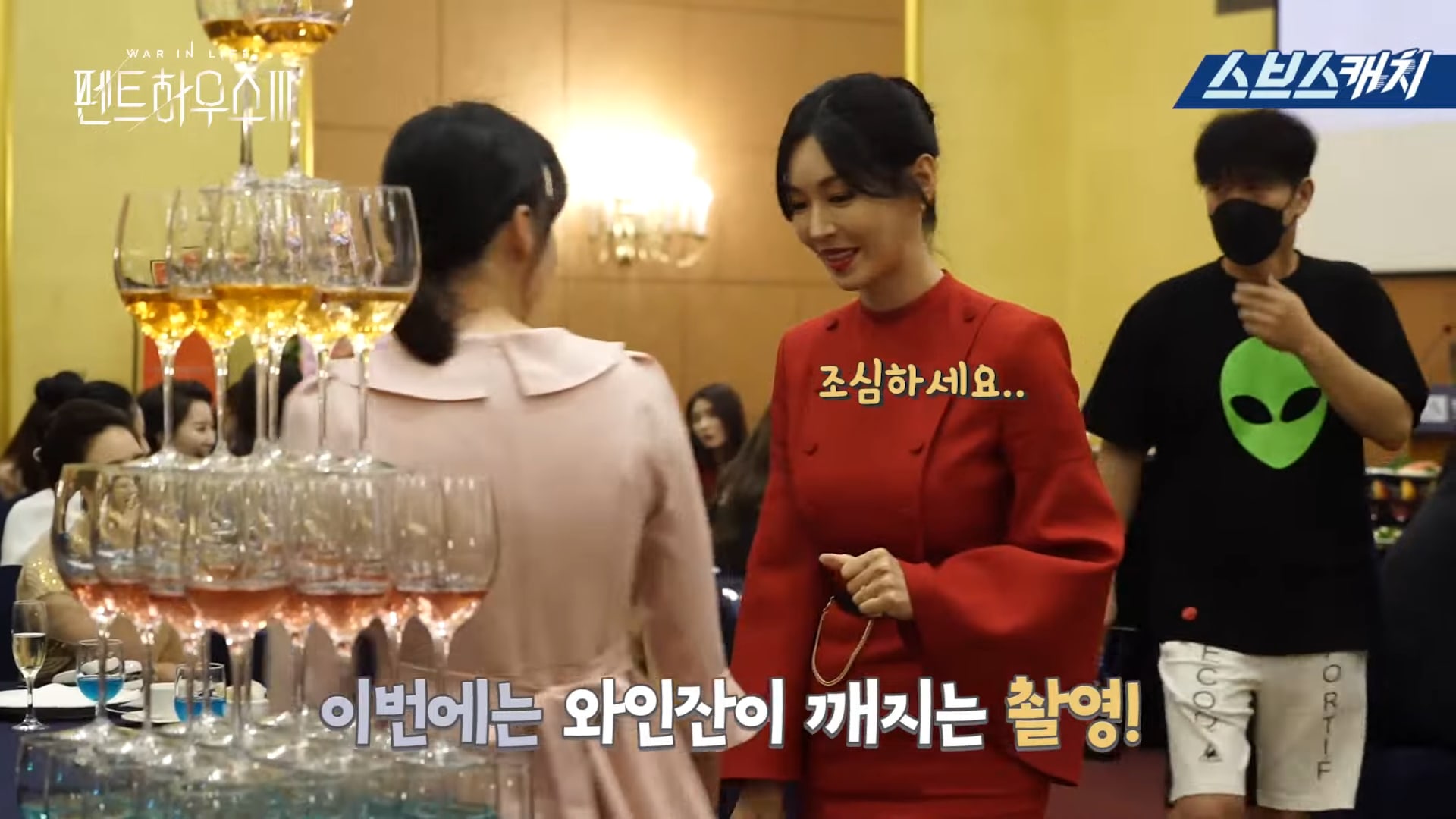 The video then turns to the groundbreaking ceremony for the new Cheonsu District. Uhm Ki Joon grows fascinated with the fancy pair of scissors that will be used to cut the ribbon, mentioning that he wants to take the scissors for himself. When Kim Young Dae passes by, he comments on how hot they look, pointing out Bong Tae Gyu in particular. Kim Young Dae tells the camera that they’re filming in 32-degree (approximately 90 degrees Fahrenheit) weather and expresses his admiration for everyone working hard to film in the heat, especially the staff and director.

The video comes to a cheerful end as the cast sport smiles and share laughter, enjoying each other’s company despite the heat.