tvN’s “You Are My Spring” teased a look at Seo Hyun Jin and Yoon Bak ahead of the upcoming episode!

“You Are My Spring” is a drama about a group of people who live in an apartment where a murder took place. Although they are all adults, they still carry their seven-year-old selves in their hearts. Seo Hyun Jin stars as the hotel concierge manager Kang Da Jung, while Yoon Bak stars as Ian Chase, a Korean-American neurosurgeon.

In the previous episode, Ian Chase received a video of Choi Jung Min from Majin Group’s vice chairman Ma Jung Ah (Seo Jae Hee), taken from a camera that had been installed since before he moved into the building. Through the camera, it was revealed that the person who had killed No Hyun Joo (Ji Hye In) was not Ian Chase, but Hwang Jae Shik (Park Gi Deok).

Amidst all of this, Ian Chase and Kang Da Jung have a very direct meeting in the newly released stills. Unlike in their previous encounters, Kang Da Jung faces him with an unwavering gaze, determined not to back down. At first facing her with a heavy and serious expression, Ian Chase soon opens his mouth to answer her pointed questions. Viewers are left wondering about the content of his replies. 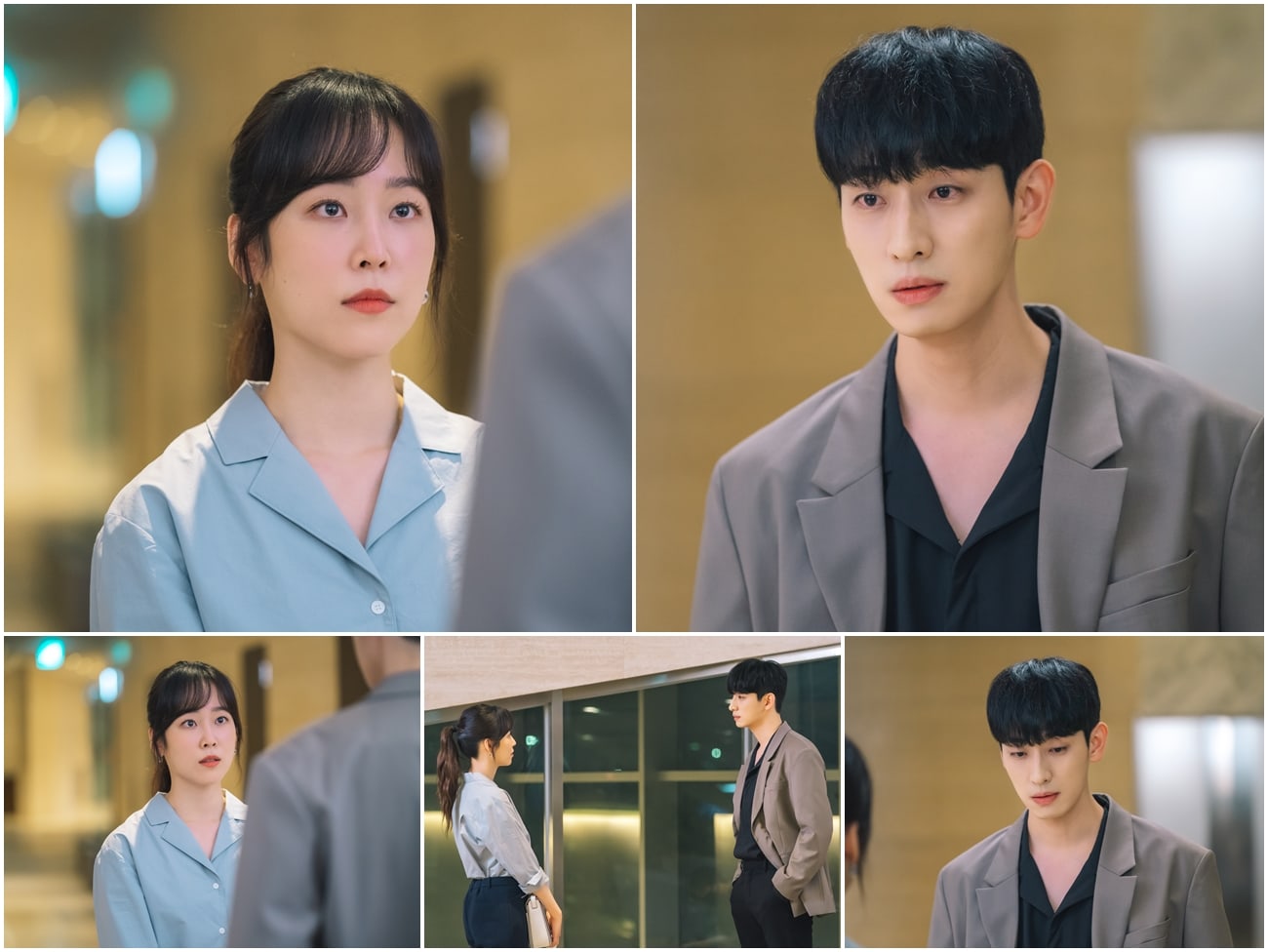 On the day of filming, Seo Hyun Jin and Yoon Bak were said to have looked even more carefully through the script in order to convey the bristled emotions in the scene just right. The actors immersed themselves into the scene, with Yoon Bak calmly reciting his lines in accordance with his character’s personality, while Seo Hyun Jin poured her focus into listening intently to his words.

The production company commented, “This scene will be an important one that pulls back the curtain on Kang Da Jung and her twin’s past. To find out what will be revealed through their conversation, make sure to tune in to the upcoming episode.”

Also check out Yoon Bak in the drama “Birthcare Center” below:

Yoon Bak
Seo Hyun Jin
You Are My Spring
How does this article make you feel?