B1A4’s Jinyoung, f(x)’s Krystal, and Chu Young Woo are about to have an awkward and tense three-way encounter.

“Police University” tells the story of the chaotic investigation that ensues when a professor at an elite police university teams up with his students—one of whom is a genius hacker. Jinyoung and Krystal star as university students Kang Sun Ho and Oh Kang Hee, while Cha Tae Hyun stars as passionate detective-turned-professor Yoo Dong Man.

Previously, Kang Sun Ho followed his one-sided love Oh Kang Hee into the Police University, but he was soon faced with hardships in the form of Yoo Dong Man’s harsh training and rocky team activities. Seeing him having a hard time, Oh Kang Hee encouraged him by saying, “Why don’t you just be yourself?”

While viewers are curious to see if Kang Sun Ho and Oh Kang Hee will grow closer in the upcoming episode, new stills reveal Park Min Kyu (Chu Young Woo) shaking hands with a smiling Oh Kang Hee. The level-headed and charismatic Park Min Kyu looks at her with a deep gaze and gives off an energy that’s somewhat different from usual. 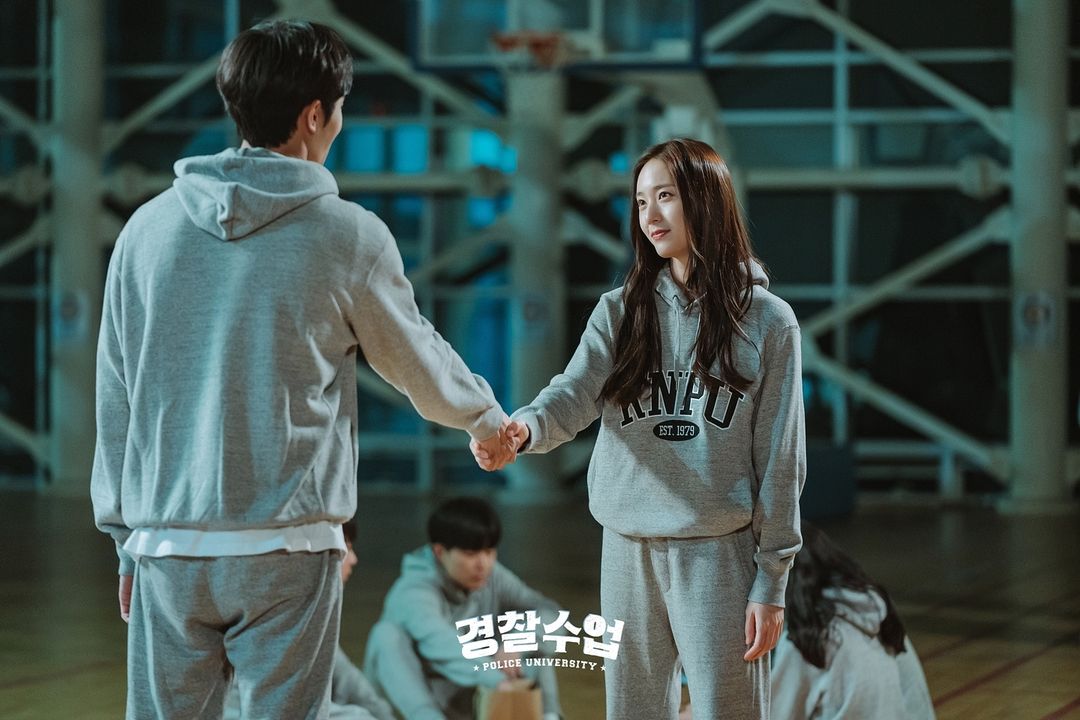 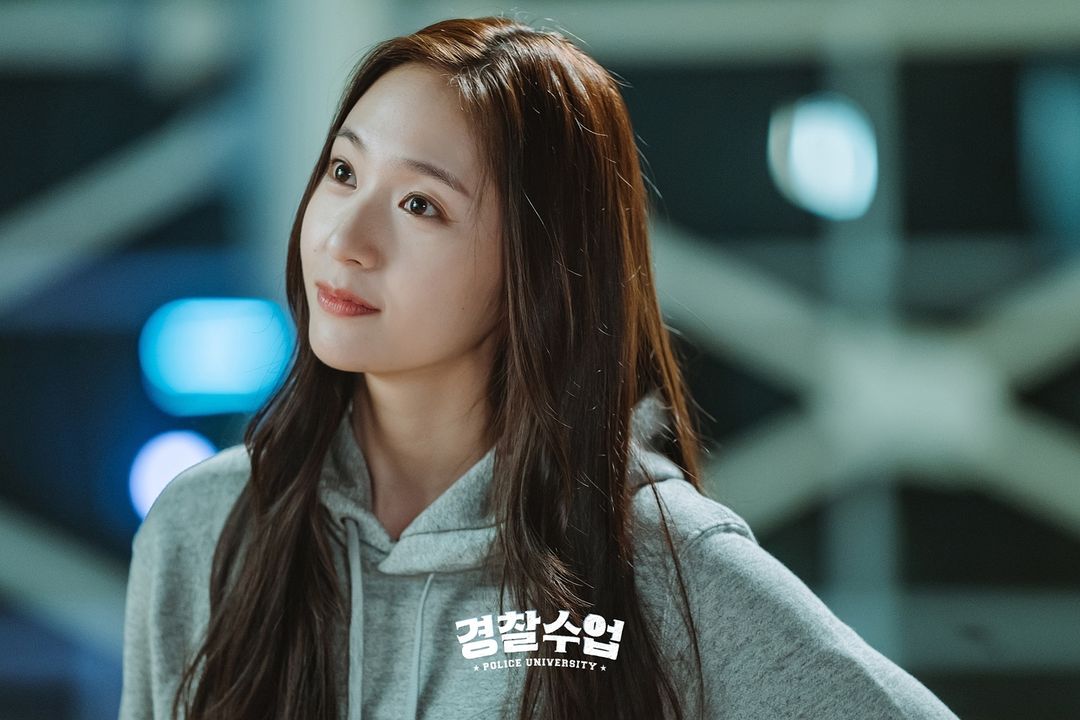 Stunned by the unexpected situation for only a short moment, Kang Sun Ho boldly comes between the two. A strange air surrounds the three students as they eye each other cautiously. 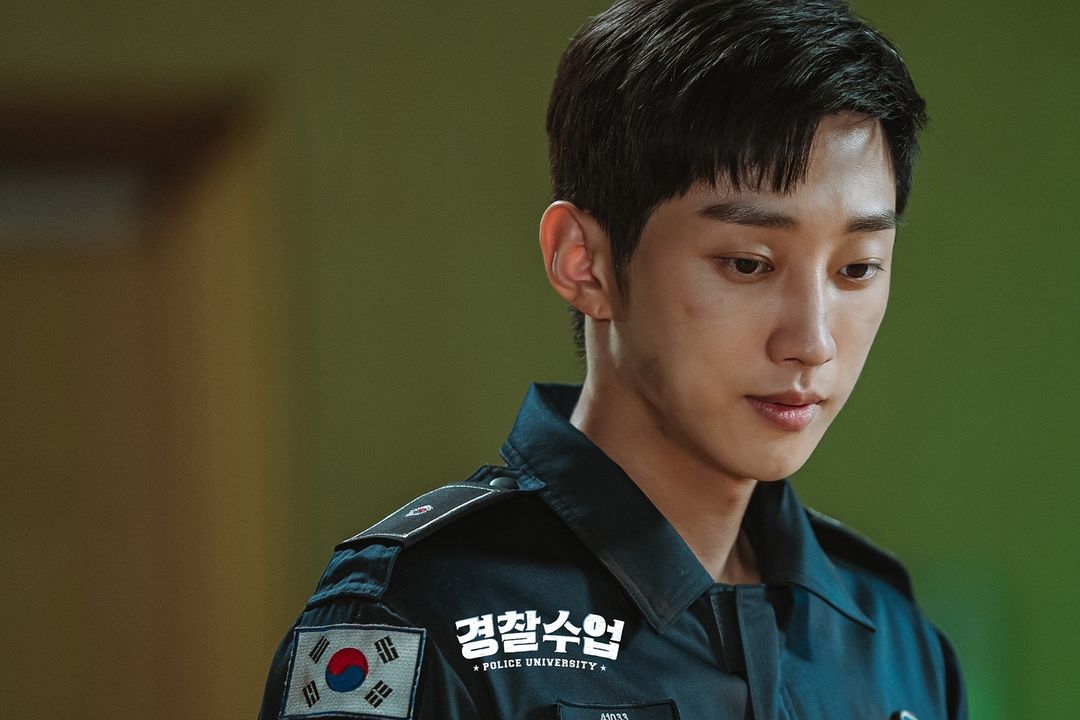 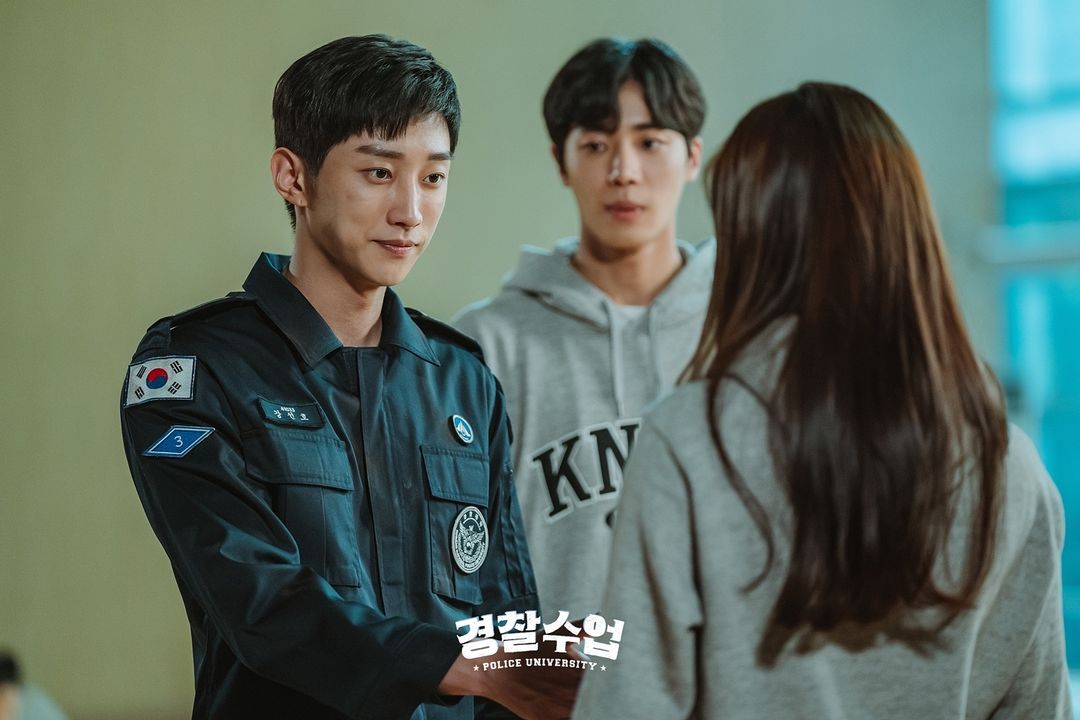 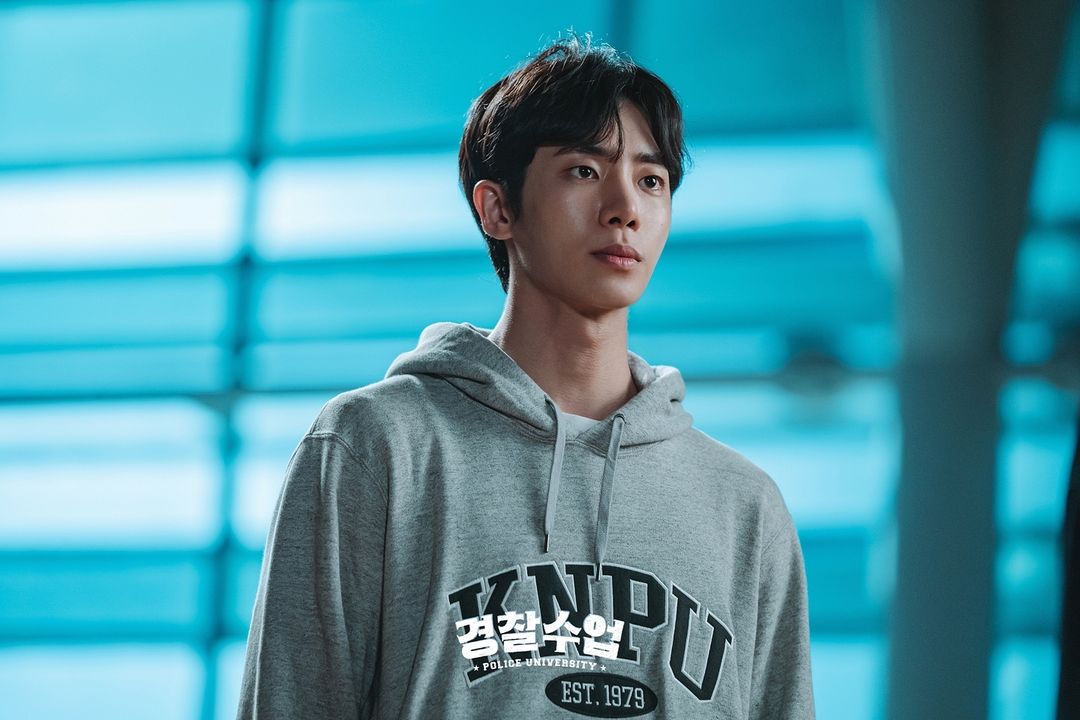 The drama’s production team explained, “The stories of the love and friendship of the Police University youths will make viewers’ hearts race. In episode 3, Kang Sun Ho will say something to Oh Kang Hee in a straightforward way that will make the audience excited, so you can look forward to it.”