A visualizer has been released for JAY B’s “AM PM” from his first solo EP “SOMO:FUME”!

The song was produced by GRAY and features MAMAMOO’s Wheein.

Check out the visualizer:

JAY B has released his solo debut album!

On August 26 at 6 p.m. KST, the GOT7 member released “SOMO:FUME,” his first solo EP, along with the music video for the title track.

JAY B participated in the composition and lyrics for “B.T.W,” which was produced by Cha Cha Malone and features Jay Park.

GOT7’s JAY B has released a music video teaser for his upcoming track “B.T.W” featuring Jay Park and produced by Cha Cha Malone!

The album preview has been revealed for JAY B’s “SOMO:FUNE”!

JAY B has revealed the track list for his upcoming album – this time including the featuring artists and producers!

The songs on the album are produced by Cha Cha Malone, GRAY, GroovyRoom, and WOOGIE, while the featuring artists include Jay Park, MAMAMOO’s Wheein, JUNNY, g1nger, and sokodomo. 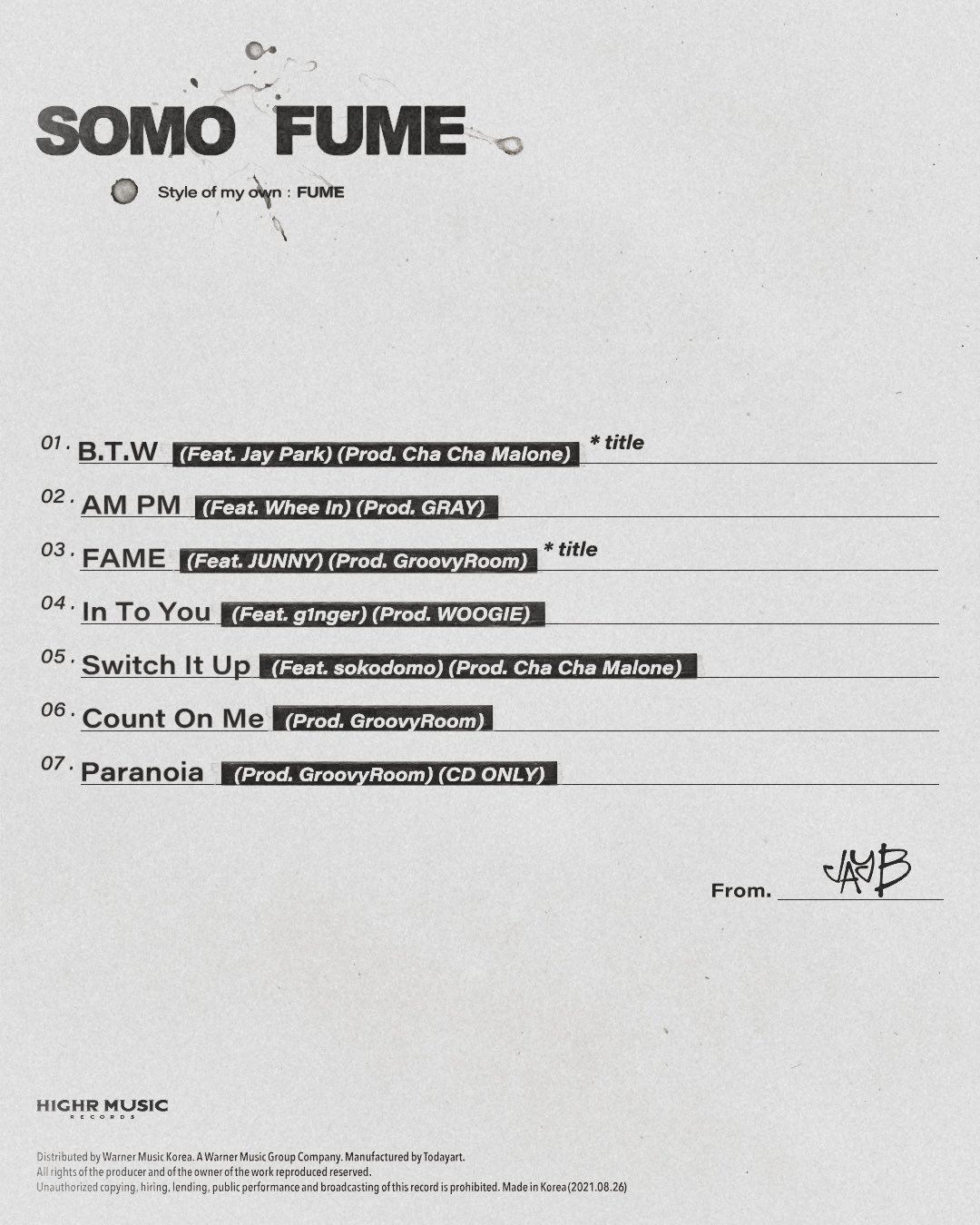 JAY B has dropped a teaser for his upcoming first solo album “SOMO:FUME”!

The tracklist has been released for JAY B’s first solo EP “SOMO:FUME”! 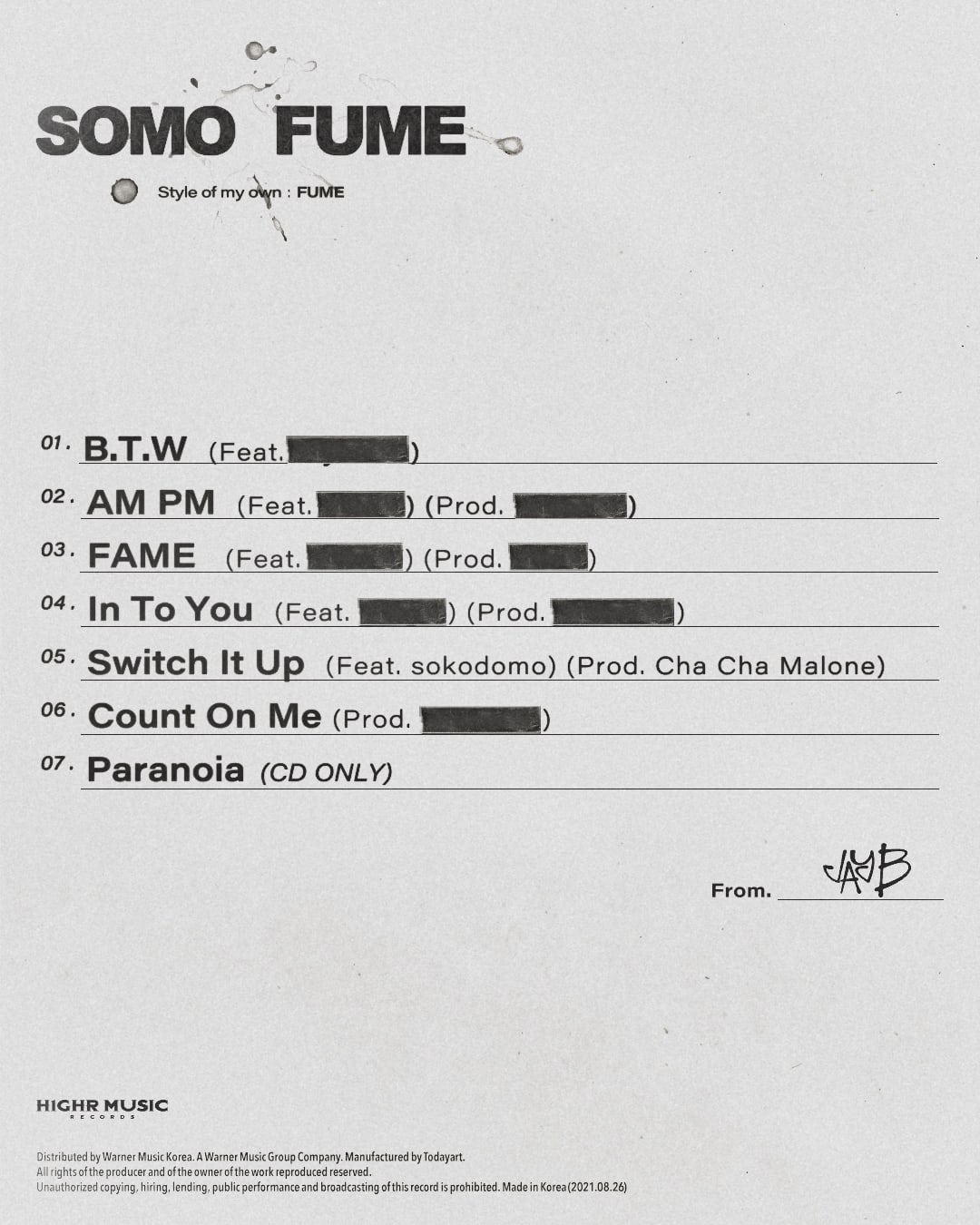 GOT7’s JAY B has shared the first teaser for his upcoming solo mini album!

Back in July, JAY B confirmed that he is releasing a new EP on August 26, which will be his first EP to be released under his new label H1GHR MUSIC. He joined the label in May and released the solo single “Switch It Up” featuring sokodomo and produced by Cha Cha Malone.

On August 16, H1GHR MUSIC shared a teaser image announcing the title of JAY B’s EP as “SOMO:FUME,” which stands for “Style of My Own : FUME.” “SOMO:FUME” will have seven tracks, including “Switch It Up,” and will be released on August 26 at 6 p.m. KST. 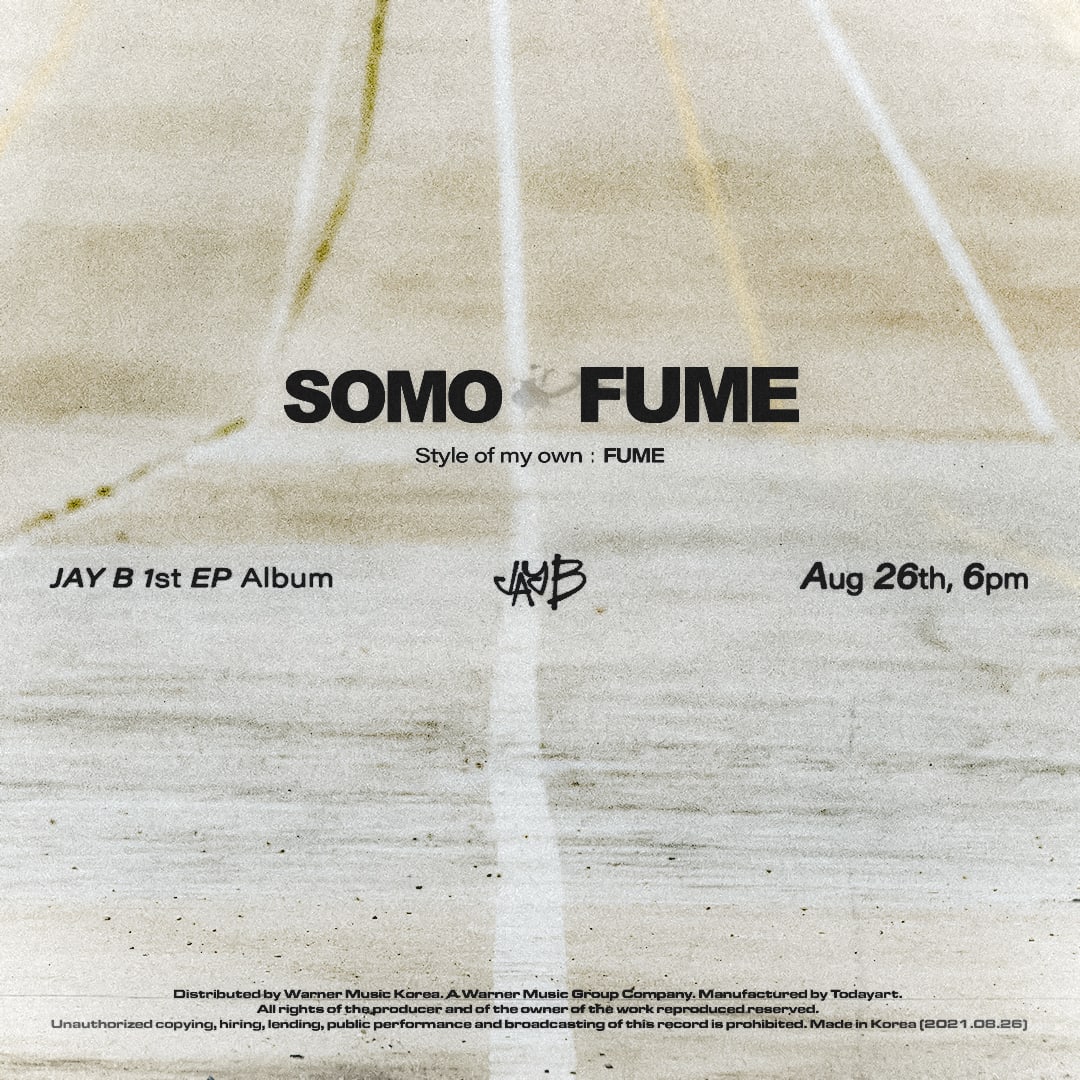