A remake of the film “Mr. Hong,” “Hometown Cha-Cha-Cha” is a romance drama starring Shin Min Ah as Yoon Hye Jin, a dentist who moves from Seoul to the seaside village of Gongjin, and Kim Seon Ho as Hong Doo Shik, an odd-job expert who helps everyone around town. Lee Sang Yi plays Ji Sang Hyun, a variety show PD known for creating warm content about people’s everyday lives.

In her poster, Shin Min Ah is full of loveliness as she transforms into dentist Yoon Hye Jin, who has both a perfect background and perfect looks. Her bright eyes and trademark dimples that appear when she smiles amplify her lovable charm. Embracing a stack of lavender boxes, Yoon Hye Jin smiles happily as if she feels on top of the world. The poster’s text describing her as a “born-to-be city girl” and “a lovable and shrewd Seoulite” raises questions about how she’ll adjust to the unfamiliar seaside village of Gongjin and what kind of vibe she’ll give off as a city person with an innocent charm. 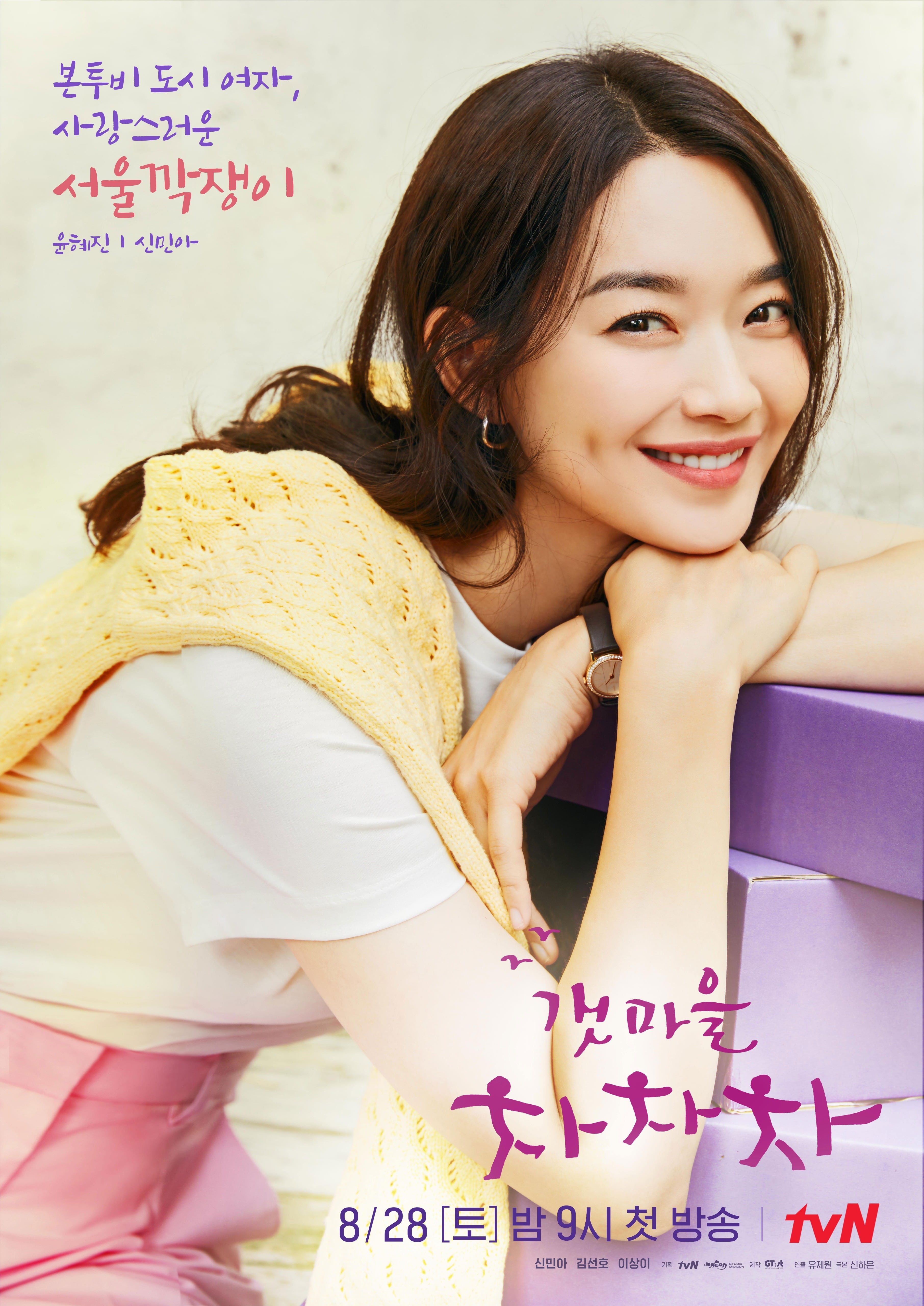 Kim Seon Ho’s poster has him transforming into his character of Hong Doo Shik, who proudly displays his numerous licenses. Hong Doo Shik is a person who excels in everything and knows everything. As Gongjin’s head, he’s someone who will appear without a doubt when something happens to the village people. The endless certificates proving Hong Doo Shik’s abilities help viewers understand how he has become Gongjin’s hero. Although he’s skilled in a variety of fields, Hong Doo Shik is still officially considered unemployed. His poster describes him as a “voluntarily unemployed all-rounder, town hero.” 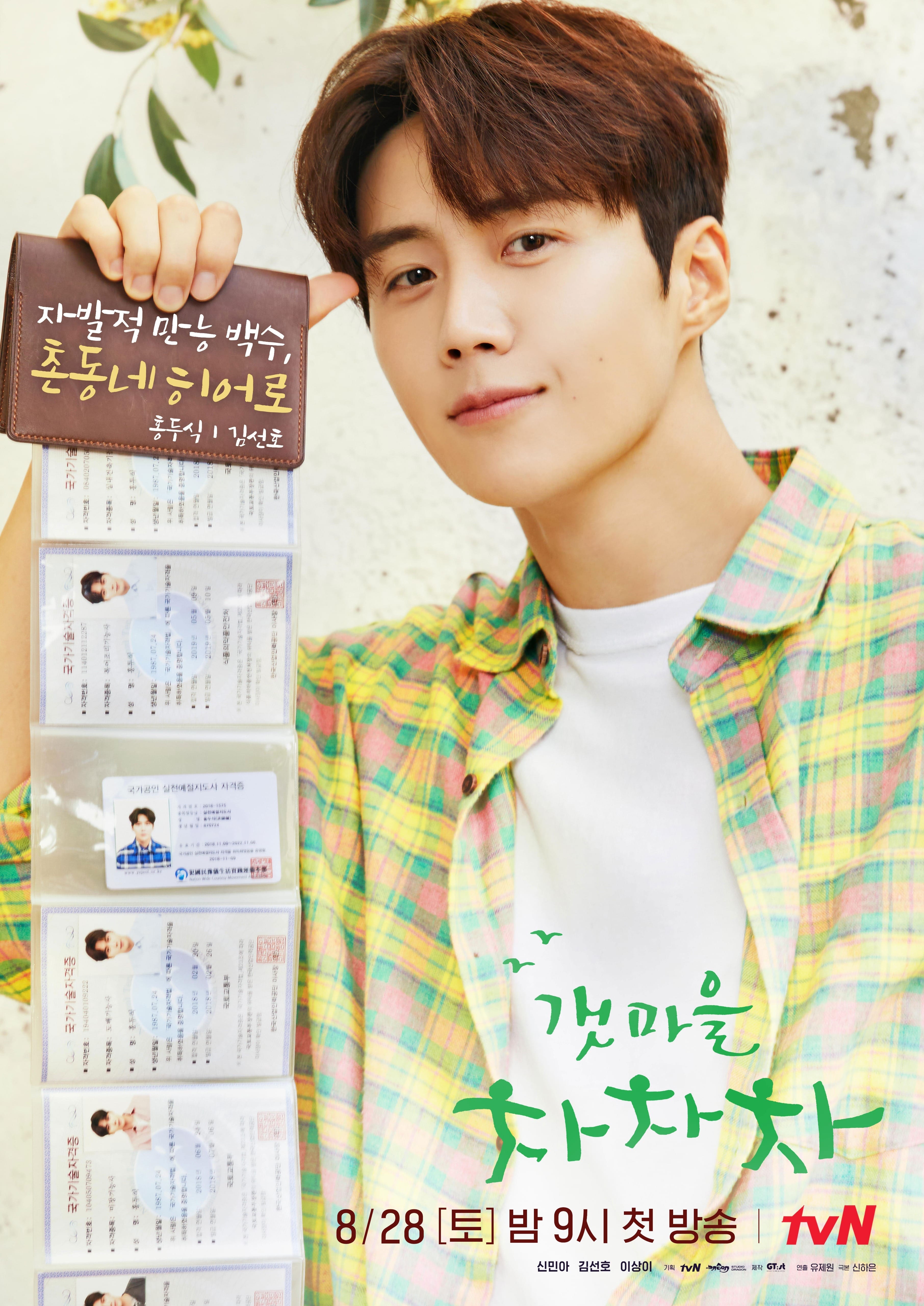 Finally, Lee Sang Yi exudes a gentle charisma with his warm and unwavering gaze as the character Ji Sung Hyun. Leaning comfortably on the camera that’s resting on top of a tripod, Ji Sung Hyun highlights his professional and handsome image. His poster reads, “Unexpectedly enters Gongjin, a star PD,” raising questions about why he’s come down to the village. 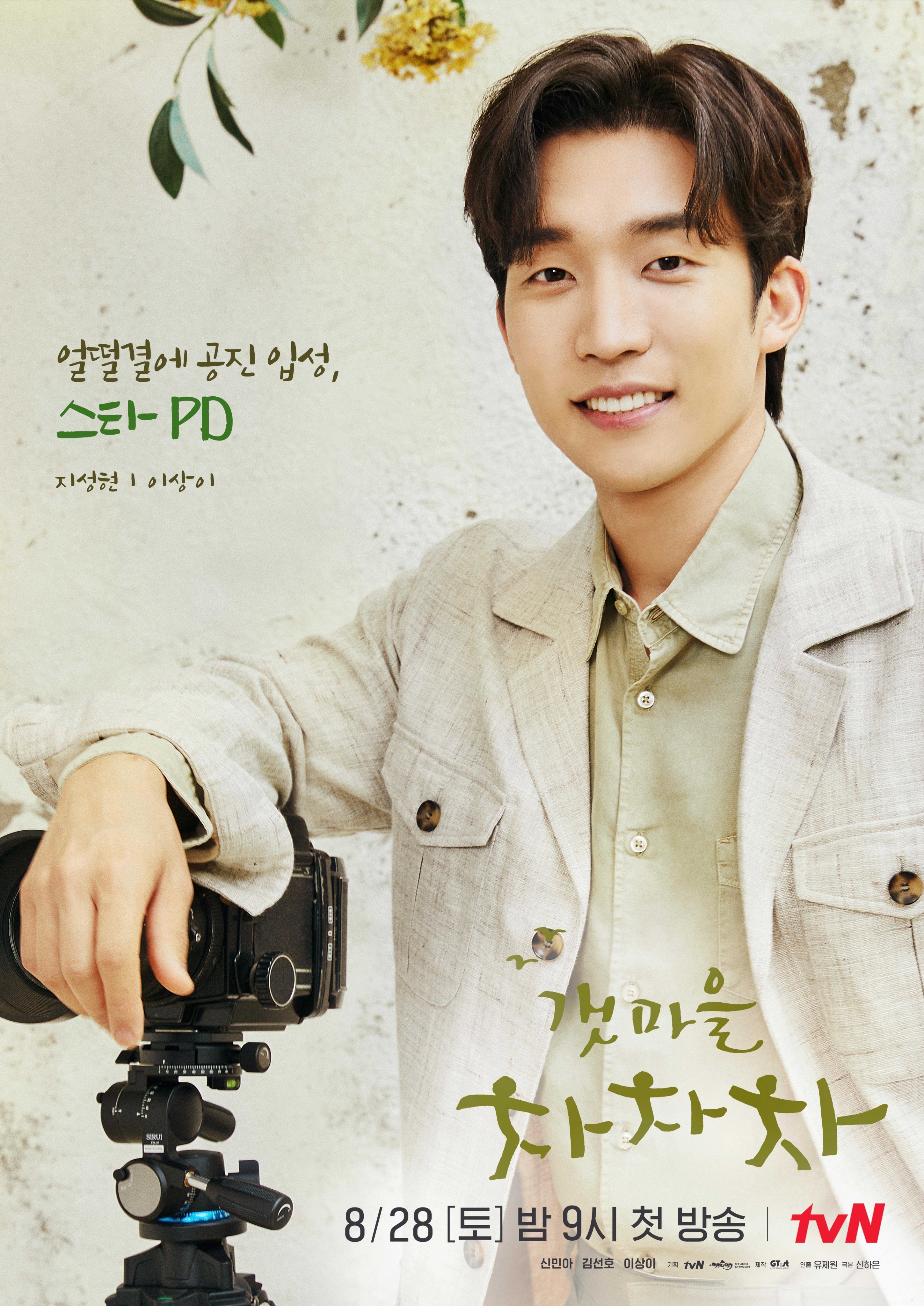 With the release of the three posters, viewers are already looking forward to seeing the romantic chemistry and tension between Yoon Hye Jin, Hong Doo Shik, and Ji Sung Hyun. Each with their own charisma and charm, the three characters’ chemistry will be one of the main points to look forward to in the upcoming drama.

The production team shared, “The focus of these character posters was the seaside village of Gongjin. You can look forward to the romantic narratives that will be built one by one by their relationships, which begin in Gongjin. The chemistry between Shin Min Ah, Kim Seon Ho, and Lee Sang Yi, who have each completely become their character, will make viewers’ hearts race.”