Although SBS’s “Lovers of the Red Sky” has garnered a lot of attention for its lead actors, the drama also boasts an amazing supporting cast!

Based on the novel by Jung Eun Gwol, whose novels “Sungkyunkwan Scandal” and “The Moon Embracing the Sun” have also been adapted into hit dramas, “Lovers of the Red Sky” is a historical fantasy romance set in the Joseon era. Kim Yoo Jung stars as Hong Chun Gi, a female painter who was born blind but miraculously regains vision. Ahn Hyo Seop stars as Ha Ram, a blind astrologer who is able to read the stars despite losing his sight.

The drama is set in places like the Baek Yu Painting Group, the Gohwawon (a government office for painters), and the Seomungwan (a government organization in charge of astronomy, geography, weather forecasting, the calendar, and the almanac).

In the Baek Yu Painting Group and the Gohwawon are Jang Hyun Sung, Kim Kwang Gyu, and Yoon Sa Bong. Jang Hyun Sung plays Han Geon, the greatest painter of his time, with clear-sighted judgment and brilliant artistic talent. Kim Kwang Gyu plays Choi Won Ho, who manages the painting group. He cultivates Hong Chun Gi’s talent, encouraging her to follow the path of an artist, and shows a human side of himself through frequent nagging. Yoon Sa Bong plays Gyeon Joo Daek, the housekeeper for the painting group, who has cared for Hong Chun Gi like a mother since she was little.

In the palace is Jo Sung Ha and Chae Gook Hee. Jo Sung Ha plays King Sungjo, who is praised as a wise and sage king. He dreams of a peaceful world, but is afraid of the emergence of a demon king who will bring tidings of blood and war. Chae Gook Hee plays Mi Soo, a gukmudang, a person in charge of religious ceremonies for the state.

Moon Sook has been cast in the role of Grandmother Samshin, a character out of folklore. In Korean legend, she is a goddess who presides over children and childbirth. 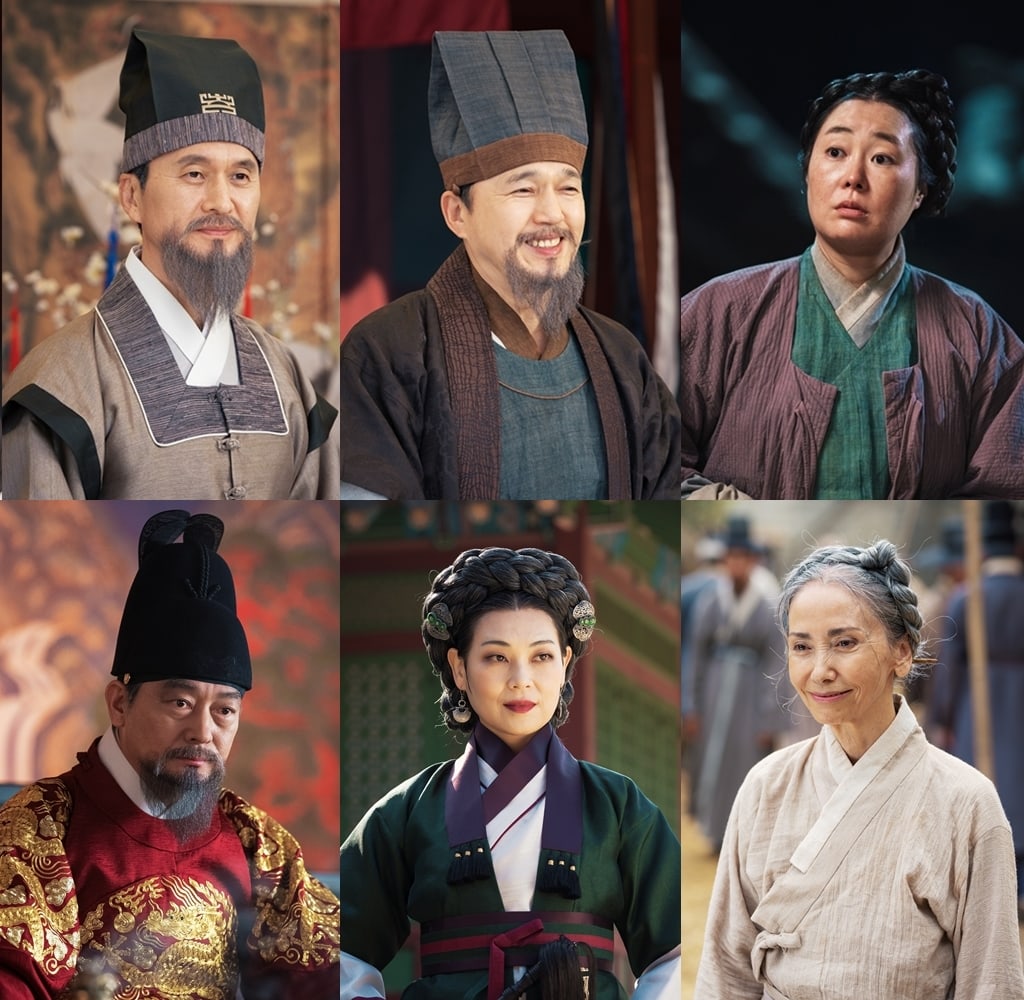