Previously on “The Road: The Tragedy of One,” Seo Eun Soo (played by Yoon Se Ah) found a mysterious bottle of pills while packing up the belongings of Cha Seo Young (Kim Hye Eun)’s late son Joon Young. As Joon Young’s autopsy report mentioned a drug found in his system, the discovery raised new questions about his death.

Additionally, after meeting with Park Sung Hwan (Jo Dal Hwan), the only witness of the kidnapping, a nervous Cha Seo Young searched her home for the same pills that Seo Eun Soo found in Joon Young’s belongings. She then flushed the contents down the toilet, casting suspicion on the unreadable anchor.

In newly released stills from the drama’s next episode, Seo Eun Soo meets Cha Seo Young late at night to return Joon Young’s belongings. The moment that Seo Eun Soo hands over the bag containing his possessions, Cha Seo Young begins frantically rooting through it to find something.

Despite the seemingly innocuous nature of the encounter, there is palpable tension between the two friends as Cha Seo Young levels Seo Eun Soo with an icy glare. Meanwhile, Seo Eun Soo, who had previously pitied Cha Seo Young after the death of her son, coldly returns her gaze—raising the question of why her attitude towards her bereaved friend has changed. 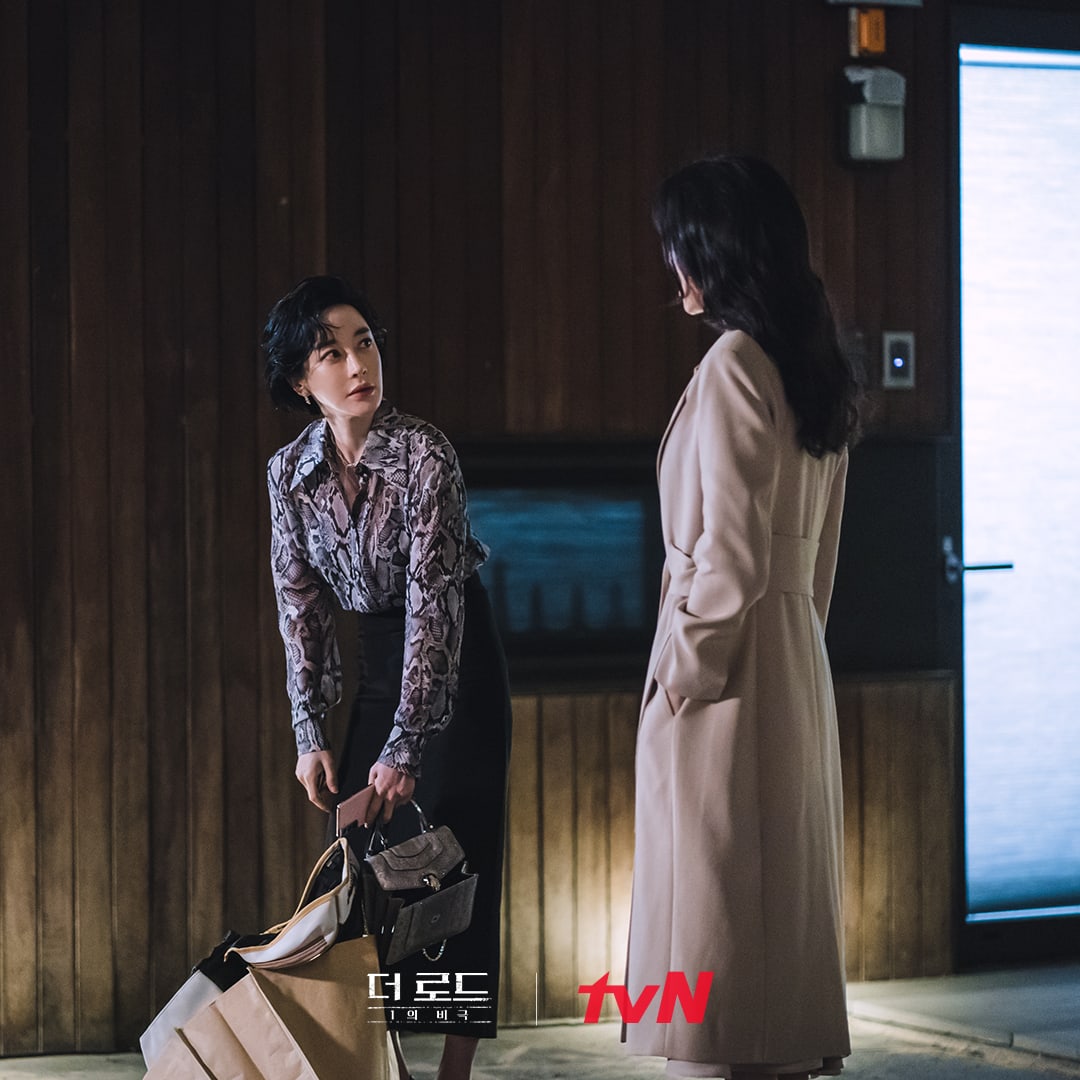 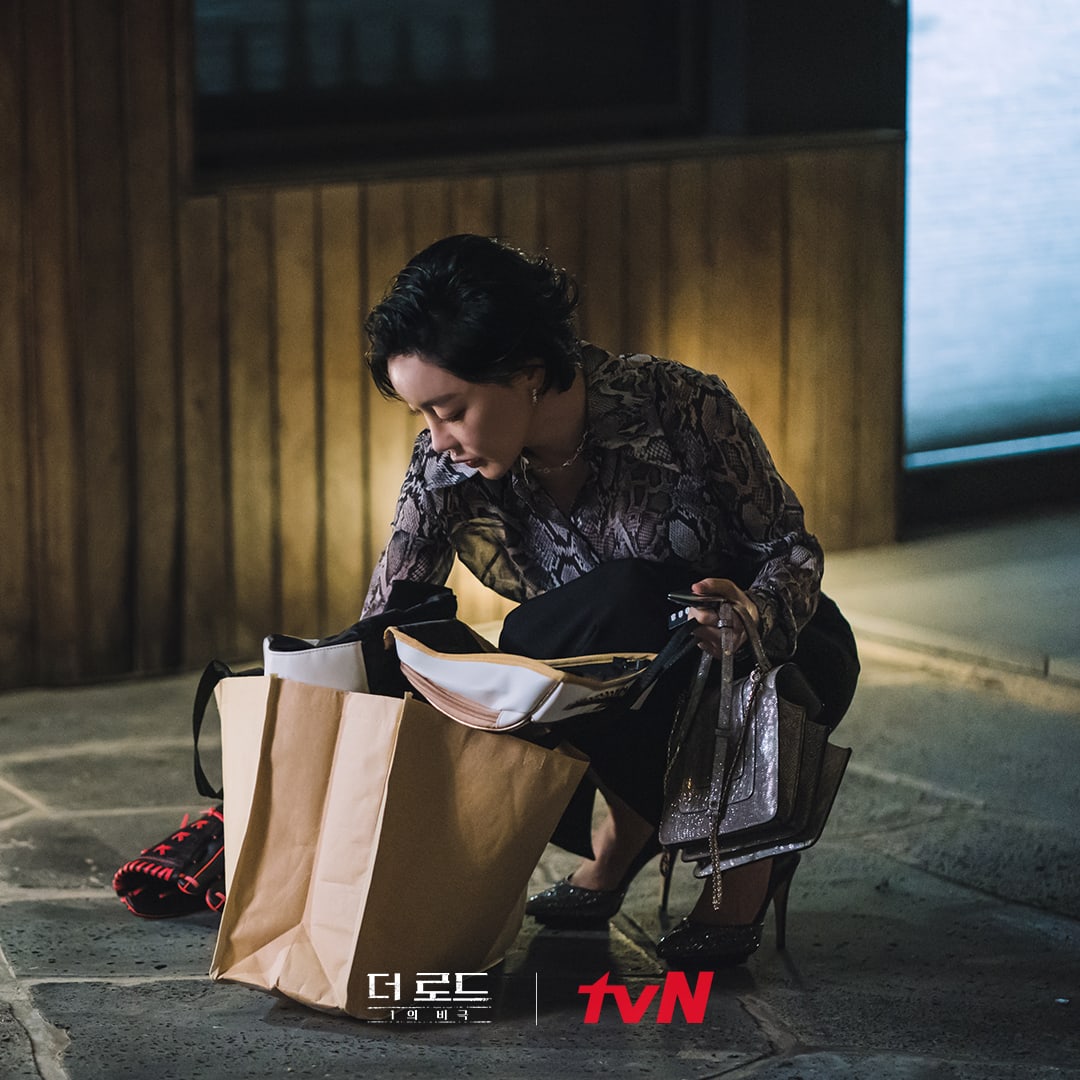 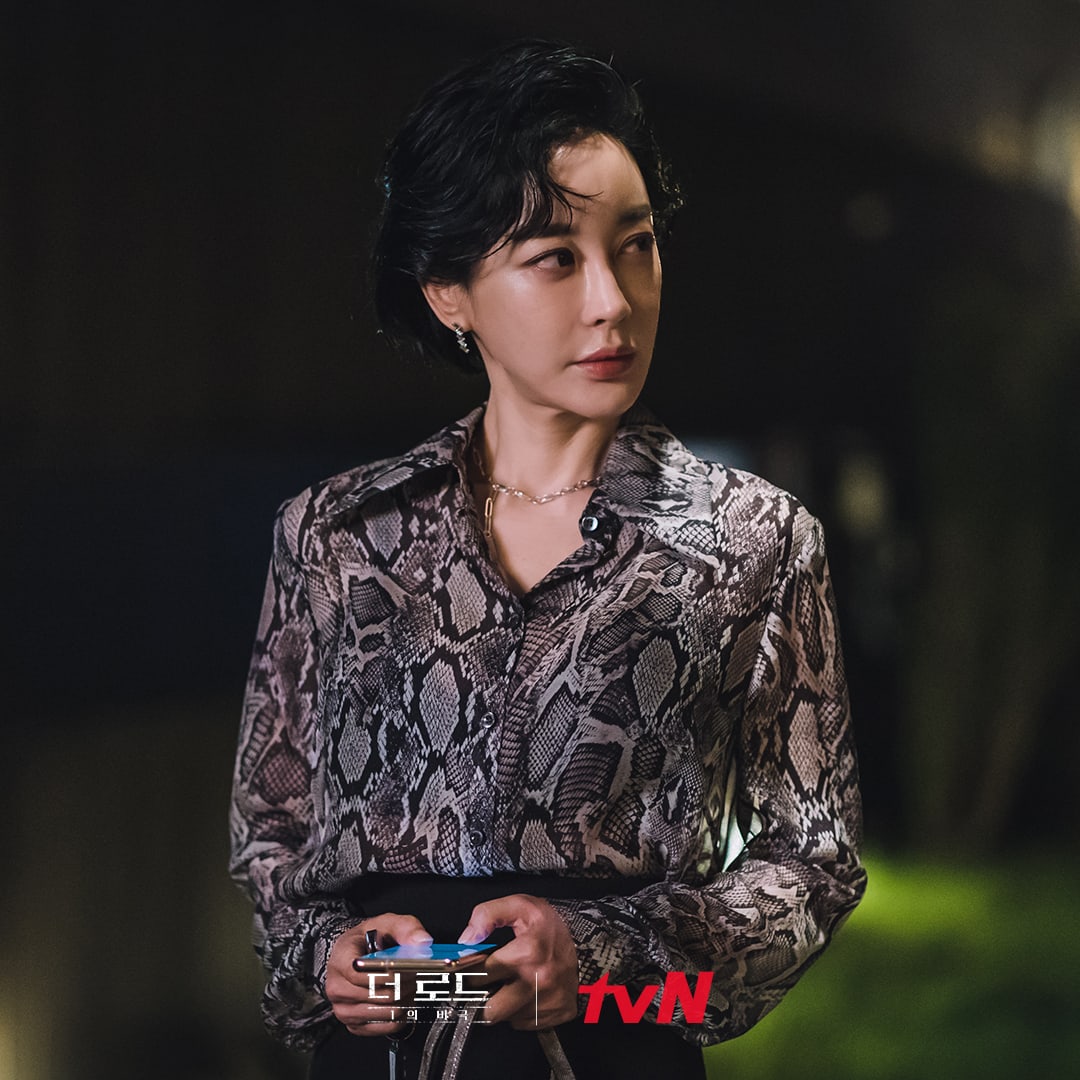 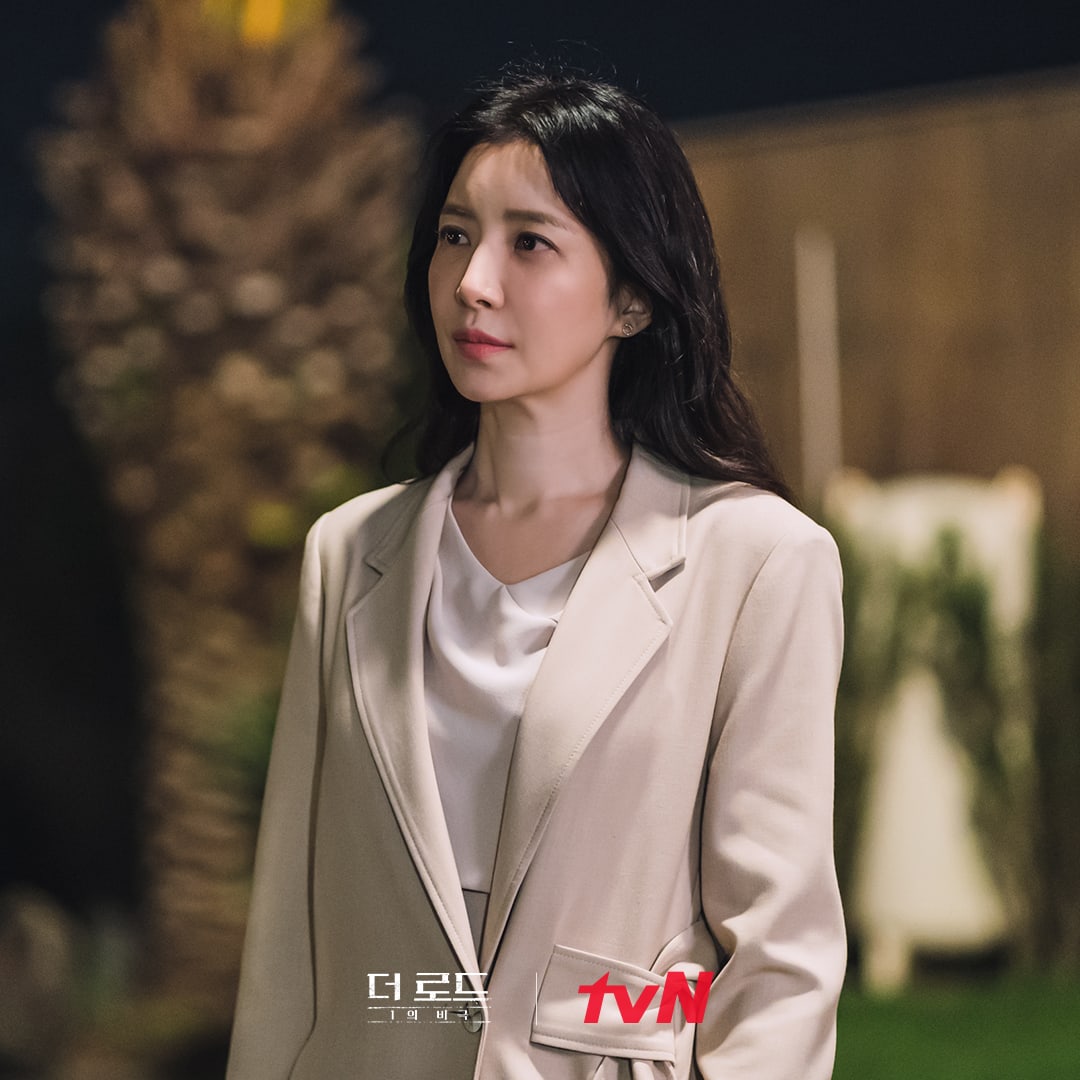 Another set of stills from the upcoming episode captures Baek Soo Hyun (Ji Jin Hee) in a suspenseful moment of danger. After receiving a mysterious text message on his phone, Baek Soo Hyun’s expression darkens, and there is a strange look of despair in the normally imperturbable anchor’s eyes. Shortly afterwards, an unconscious Baek Soo Hyun falls to the ground as his co-workers look on in alarm and shock.