“The Eternals” is a comic book series that was created in 1976 by Jack Kirby. It tells the story of a superhuman race called the Eternals that was birthed millions of years ago as a result of genetic experiments on Earth by the Celestials. Ma Dong Seok will star as Gilgamesh, a hero with super strength that competes with the likes of Thor and Hercules.

Entertainment Weekly introduced Ma Dong Seok, saying, “He is well-known internationally for his breakthrough role in the movie ‘Train to Busan.’ He’s been offered dozens of Hollywood films over the years, but the first role he’s ever been attracted to was Gilgamesh of ‘The Eternals.'”

In the character poster, Ma Dong Seok completely transforms into the powerful and charismatic Gilgamesh. He stands in his bold uniform with a vigilant look on his face. 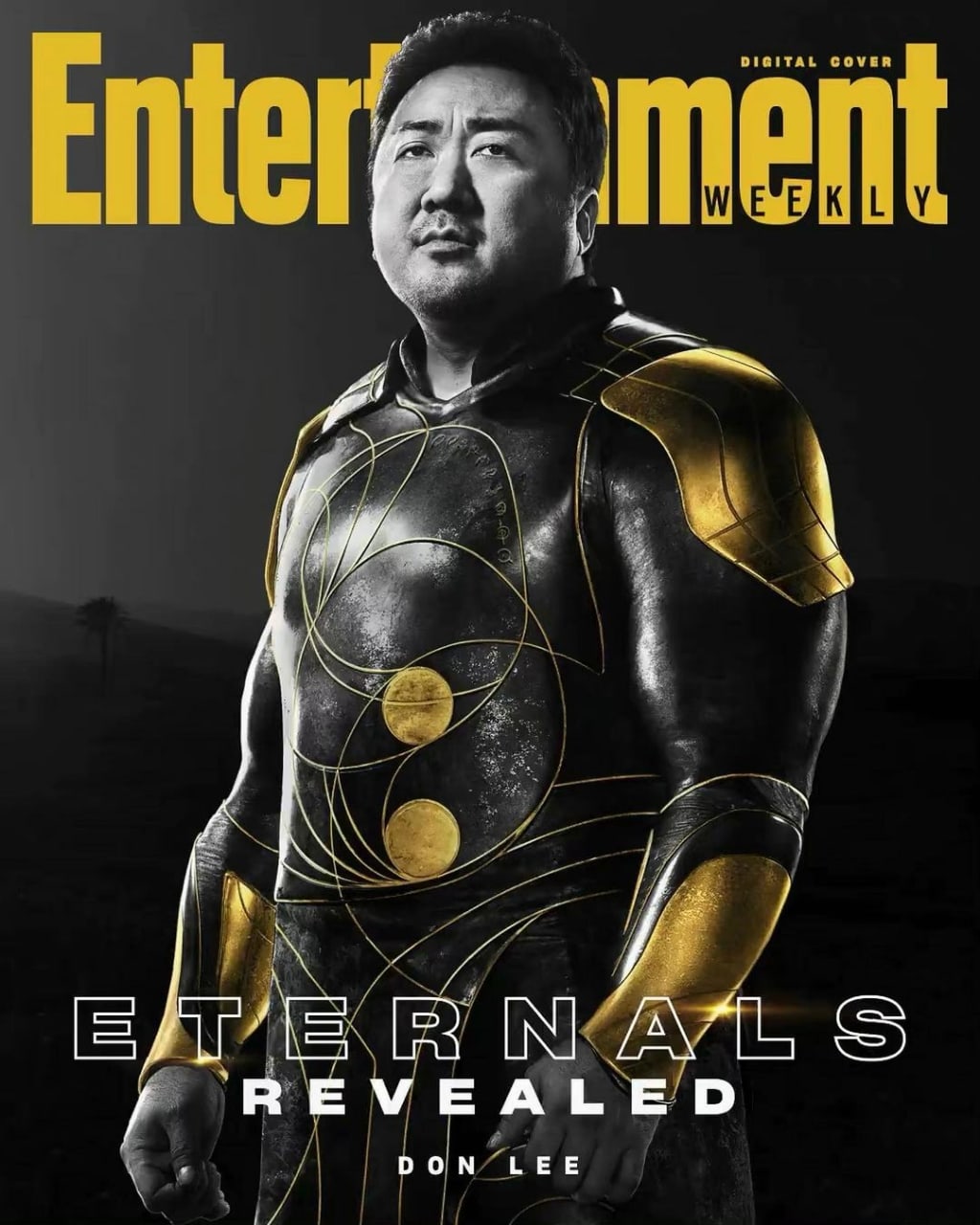 In the interview with Entertainment Weekly, Ma Dong Seok commented, “I’ve always been a big fan of Marvel, and I really loved Gilgamesh’s character. Through Gilgamesh, I saw the possibility of inspiring the younger generation as the first Korean superhero of the Marvel cinematic universe.”

Then the actor described his character, saying, “He’s extremely powerful and the strongest warrior of Eternals. He’s protective over his family and humans, and he has a solid, dependable character that serves his team in battles. At the same time, he’s a funny guy and has a sense of humor.”

Ma Dong Seok mentioned Angelina Jolie’s character Thena, saying, “He has a deep connection with Thena, and he prefers to use his fists in battle, often taking out enemies with a single punch. That fit me perfectly because I’m a longtime boxer myself, for over 30 years since I was a kid.”

“The Eternals” is scheduled to premiere in November.

In the meantime, watch “Train to Busan” below!

Ma Dong Seok
How does this article make you feel?