“Dali and Cocky Prince” is a new drama about the romance between Jin Mu Hak, a man who lacks schooling and book smarts, but is extremely resourceful and talented at making a living (played by Kim Min Jae), and Kim Dal Li, a woman who is intellectually polished and comes from an elite background, but doesn’t know how to take care of herself (played by Park Gyu Young).

The newly released poster captures the quirky personalities of this seemingly mismatched couple. Jin Mu Hak, who spent his childhood helping his family grow a tiny gamja-tang (spicy pork backbone stew) restaurant into the global food corporation DonDon F&B, beams as he proudly clutches a basket of potatoes and a ladle that hint at his roots.

Meanwhile, the artistic Kim Dal Li sports a unique dress, managing to look both elegant and playful as she poses for the camera. The many paintings on the wall behind them also hint at her job as the director of an art museum. 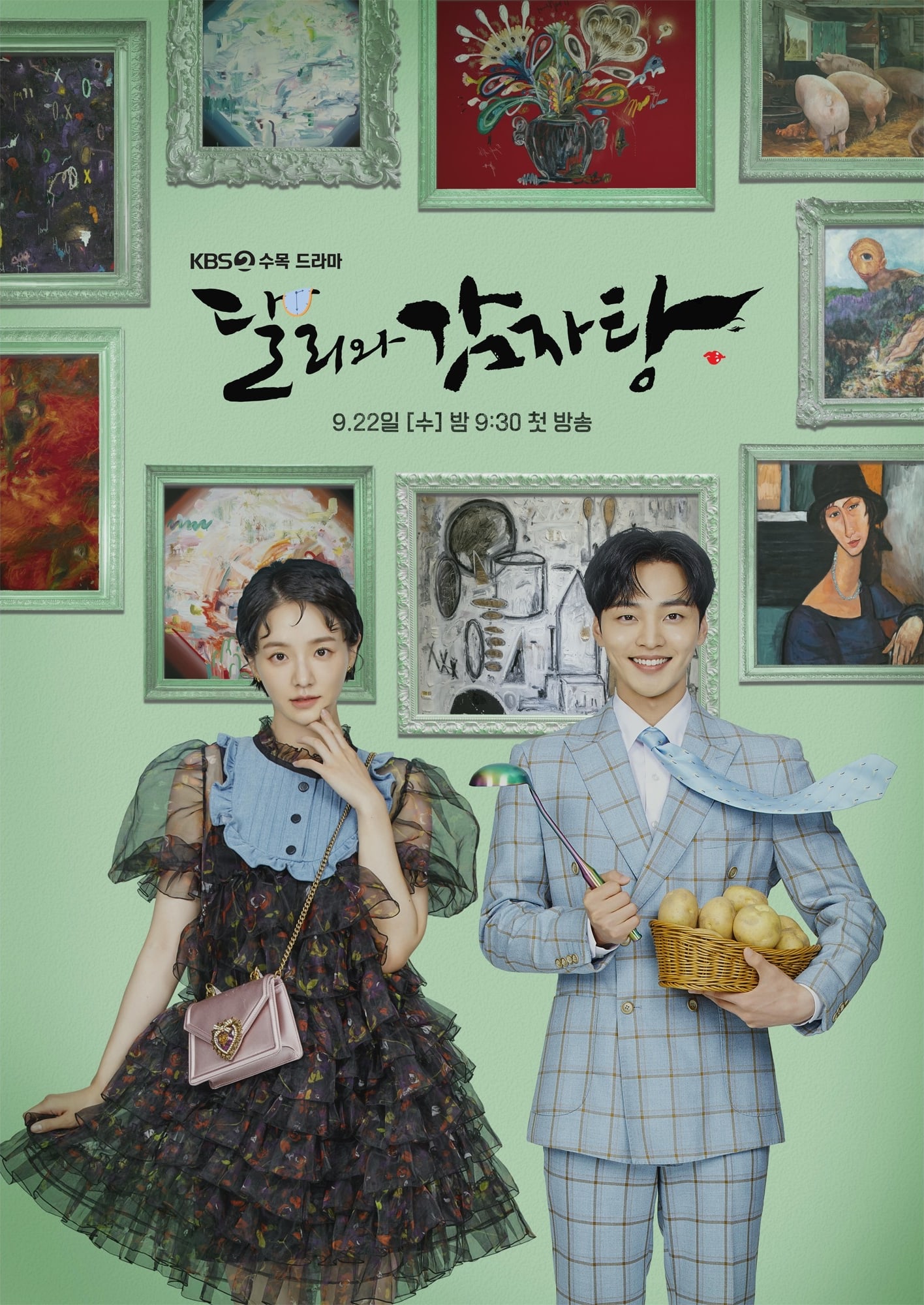 The producers of “Dali and Cocky Prince” commented, “Starting from the moment they arrived on the set of the poster shoot, actors Kim Min Jae and Park Gyu Young showed off their signature chemistry and teamwork, as well as their flawless visuals, and that was captured in this poster.”

They went on, “We are currently working hard so that we can deliver big laughs and make viewers hearts’ flutter on September 22, so please look forward to the premiere.”

“Dali and Cocky Prince” is set to premiere on September 22.

In the meantime, watch Park Gyu Young in her currently airing drama “The Devil Judge” here…

…and Kim Min Jae in “Do You Like Brahms?” here!