In the latest issue of Esquire Magazine, the actor shared his plans for his YouTube channel “leeminho film,” his thoughts on his evolution as an actor, and more. 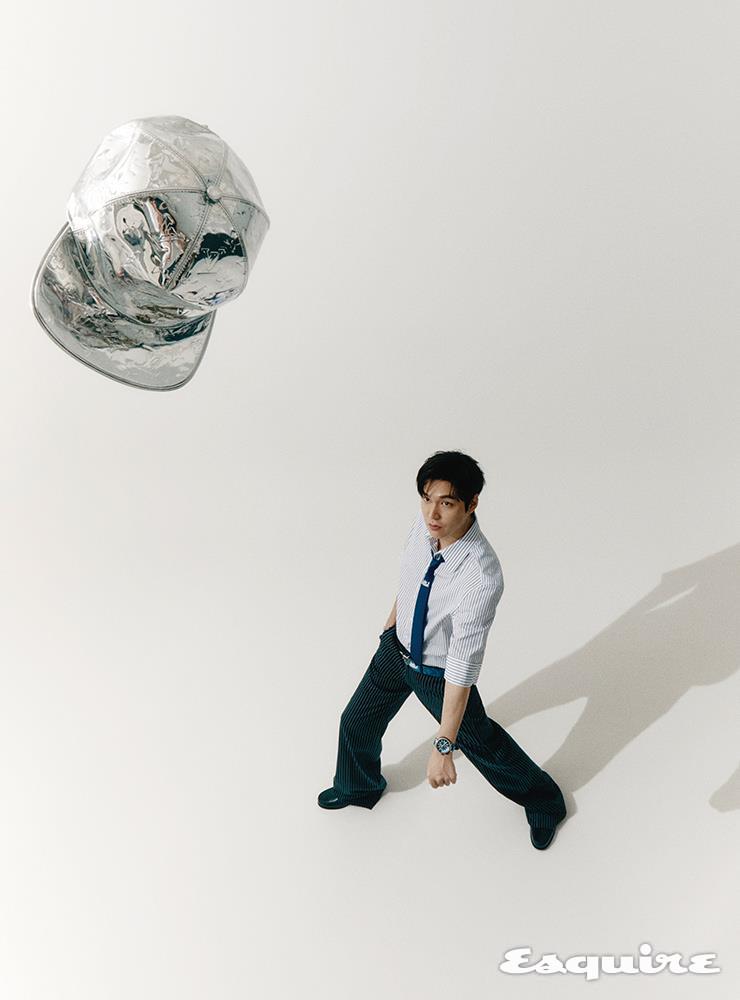 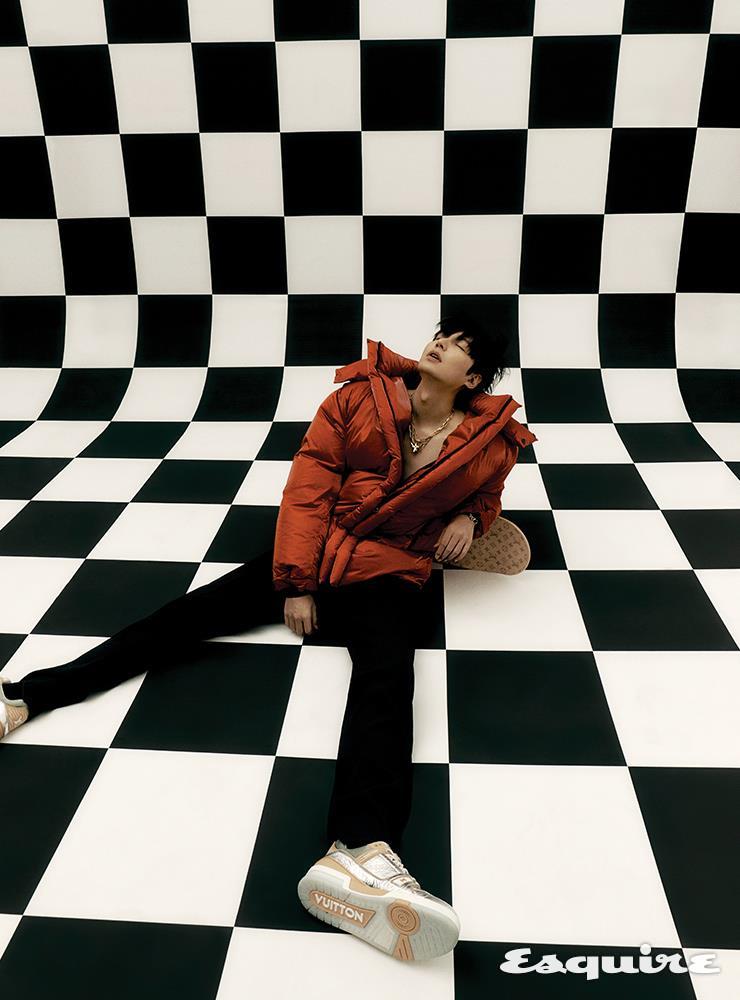 Since its launch last October, the channel has gained over 700,000 subscribers and continues to be the actor’s creative outlet. He is known to be quite involved in the editing process. He shared, “While filming, there are moments where you go, ‘Ah, I’ve got to use this.’ But when I go watch the final video, there are scenes that I miss. In order to prevent that from happening, I go in and watch everything through. Putting it in order helps the editor understand what I want. It’s a better explanation that saying it a hundred times over. But it’s not like I’m stubborn about exactly what I want. I ask the editor to edit in their style and later we mix the two edits.”

Lee Min Ho’s uploads are known to have a certain kind of depth to them, an ambiguous energy that is both joyful but sad at the same time. He commented, “Because in real life, there are two sides to everything. When I work, there are good things but also uncomfortable things. There are happy moments but also sad moments. I think I like the emotions of both sides. I try to live my life balancing in the middle.”

The first video is noted for being especially profound. To this, the actor commented, “There’s actually not much to it. I just filmed it to be profound.” When probed, he added, “I don’t know. I think fans understand the elements well. It was meant to symbolize that there is the ‘me’ that has been built over the years. But when I come home and wash up, I return to the real me.” 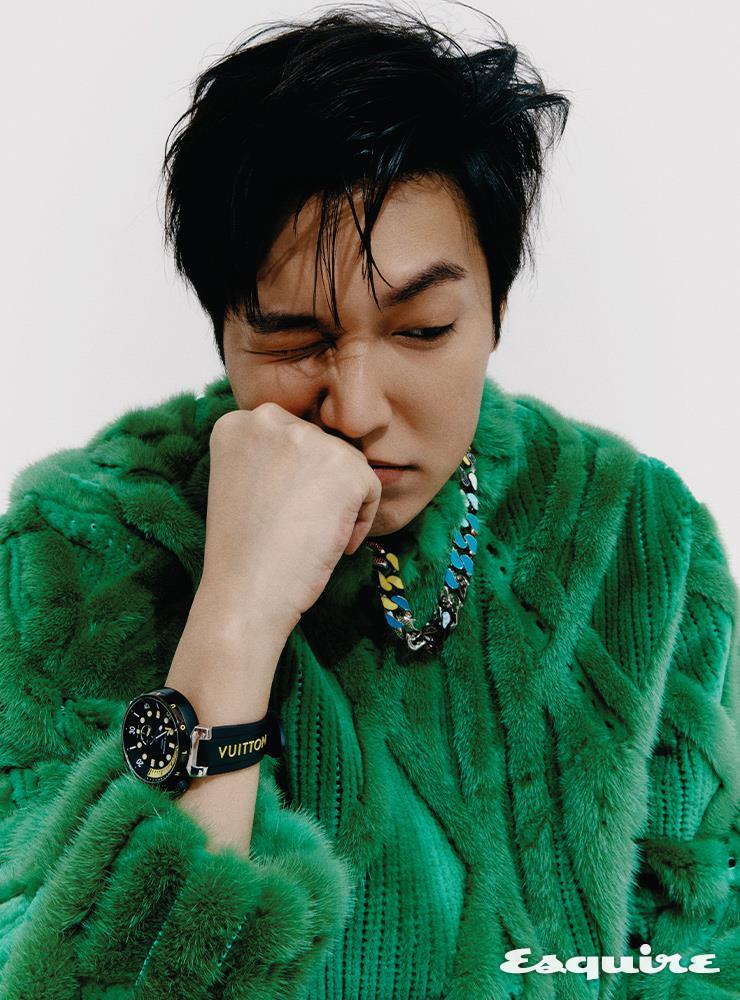 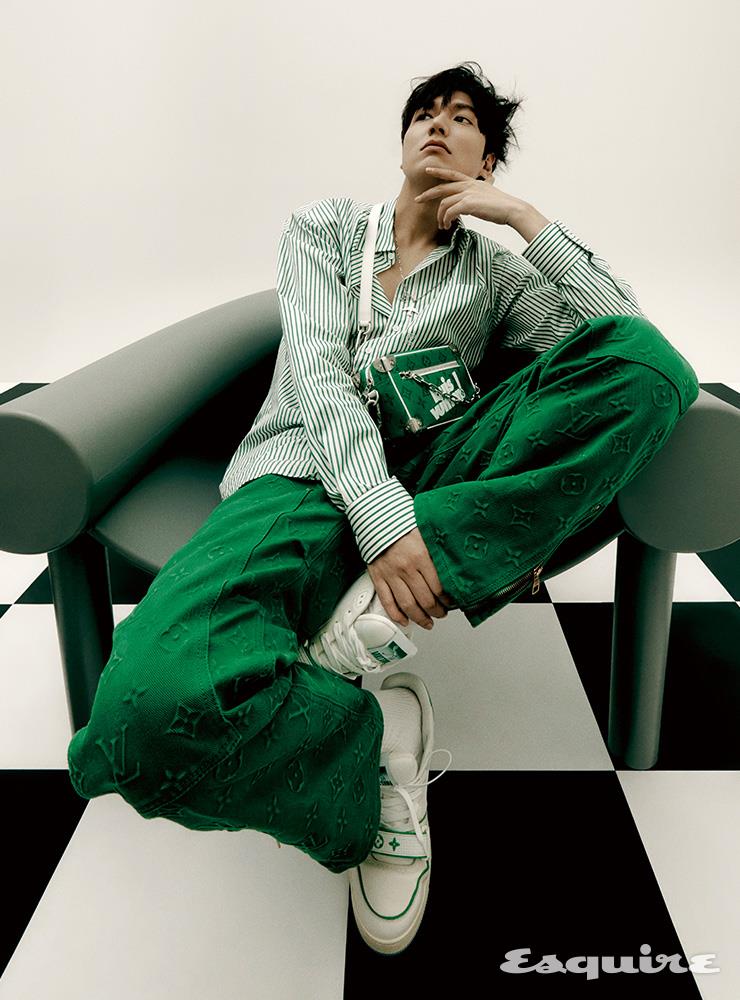 As for upcoming plans for “leeminho films,” the actor shared, “When I first started, there were four categories [of videos]. I wanted to make something similar to a short film. But for now, I’m not sure. I’m too lazy. I like the vibe of short films that emulate music videos from the nineties. But there weren’t many opportunities to partake in projects like that. So, I thought it’d be fun to make a short film about ten minutes long in that kind of vibe. That’s where I’m at.”

On what’s the most important factor of his videos, Lee Min Ho answered that it’s people. He explained, “The relatable charms of those around me, the sides of them that make up a good adult, or how wholesome, dedicated, and responsible about work a friend is. It all starts because these things make me feel something.”

Being moved to do something is a common theme, apparent in the actor’s decision to appear in the documentary “DMZ, The Wild” free of charge simply because he really liked documentaries and the production team didn’t have a budget. 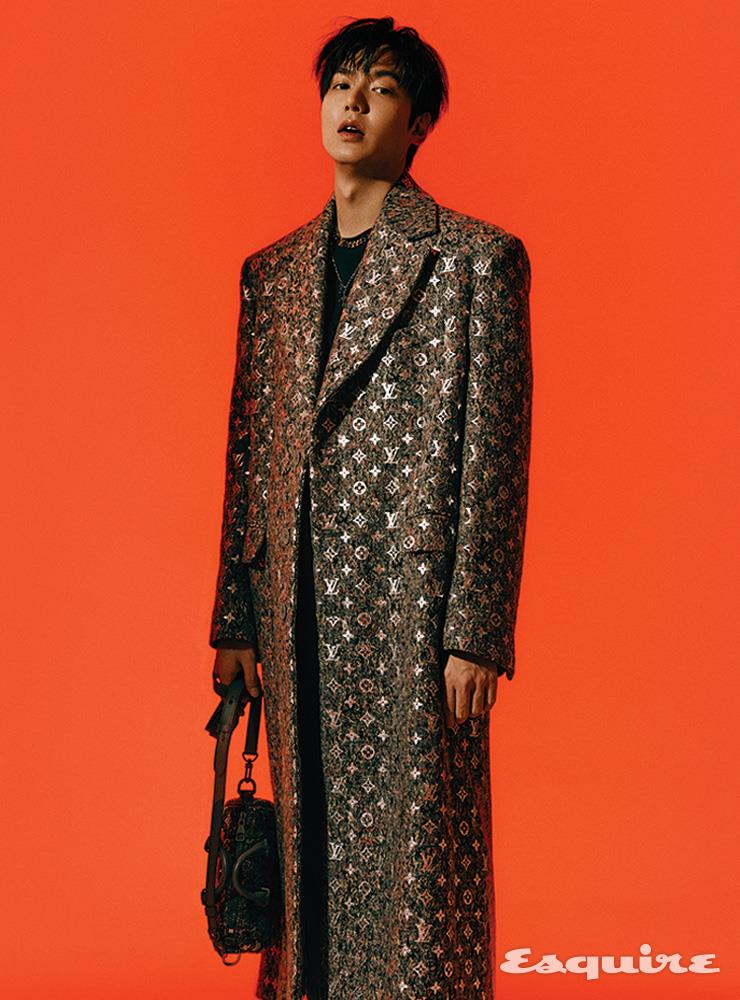 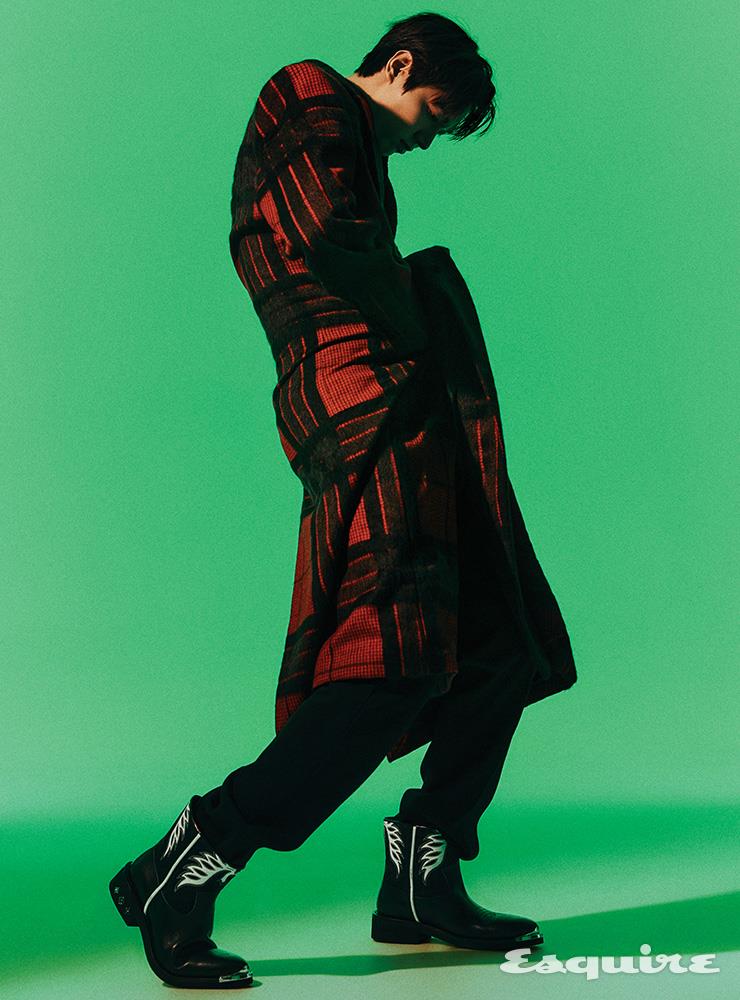 Lee Min Ho also took time to talk about his upcoming drama “Pachinko,” based on the novel of the same title by Korean-American author Min Jin Lee. He has secured the role of Koh Hansu, who according to Lee Min Ho is “a villain by all means.”

On taking on his first antagonist role, the actor shared, “Now that I’m in my mid-thirties, I prefer what’s ‘real.’ If it’s far from real, I don’t agree with it and it gets harder and harder.” He added, “When I got the offer to audition for ‘Pachinko’ and reviewed the script, I was convinced that with this project, I could give it a go. That I wanted to give it a try. I think thanks to this conviction, the audition went well.” One other factor that convinced Lee Min Ho to pursue the project was that Korea’s take on history would be filmed through the eyes of foreigners.

Like this, Lee Min Ho has gone through chapters of “types of roles.” Until his famous role in “Boys Over Flowers,” he was always the underprivileged character. And with his role in “The King: Eternal Monarch,” he graduated from the role of being prince charming.

On what’s ahead, Lee Min Ho shared, “I could take part in fantasy-like romance in my late thirties and forties, but it’ll be a bit different. There are stories that are realistic and appropriate for each age range. Whether that is a desperate one, or one that heals. I don’t think there will be any more stories of showing up to save the female character when she’s in need. When characters grow older, they seldom find themselves in that kind of danger. And women these days also save men.” 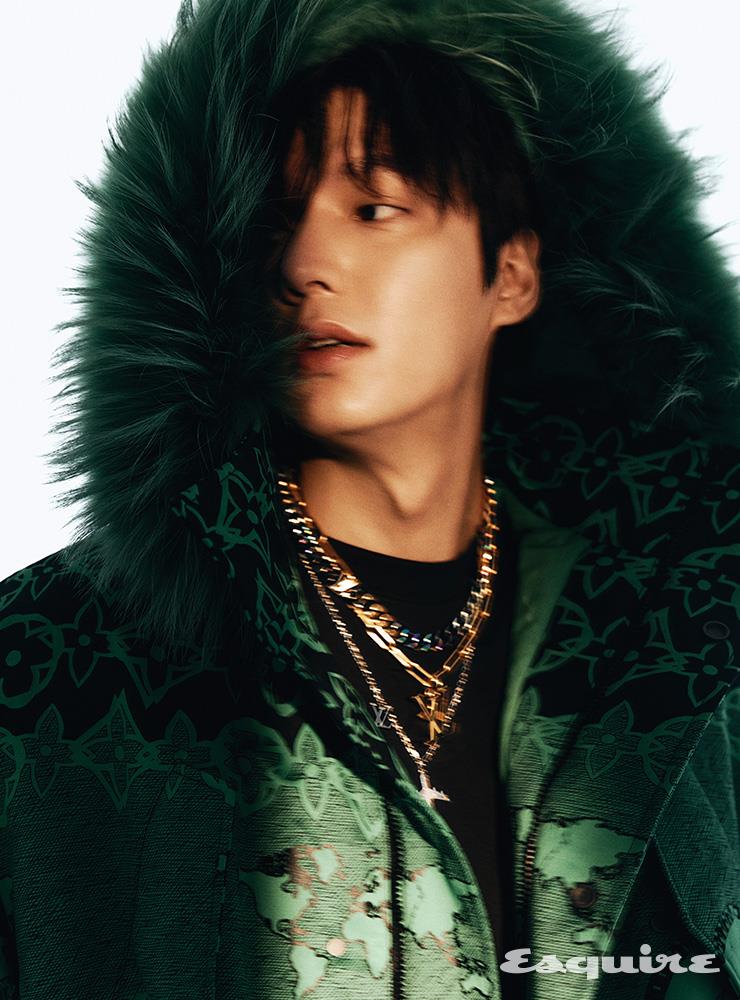 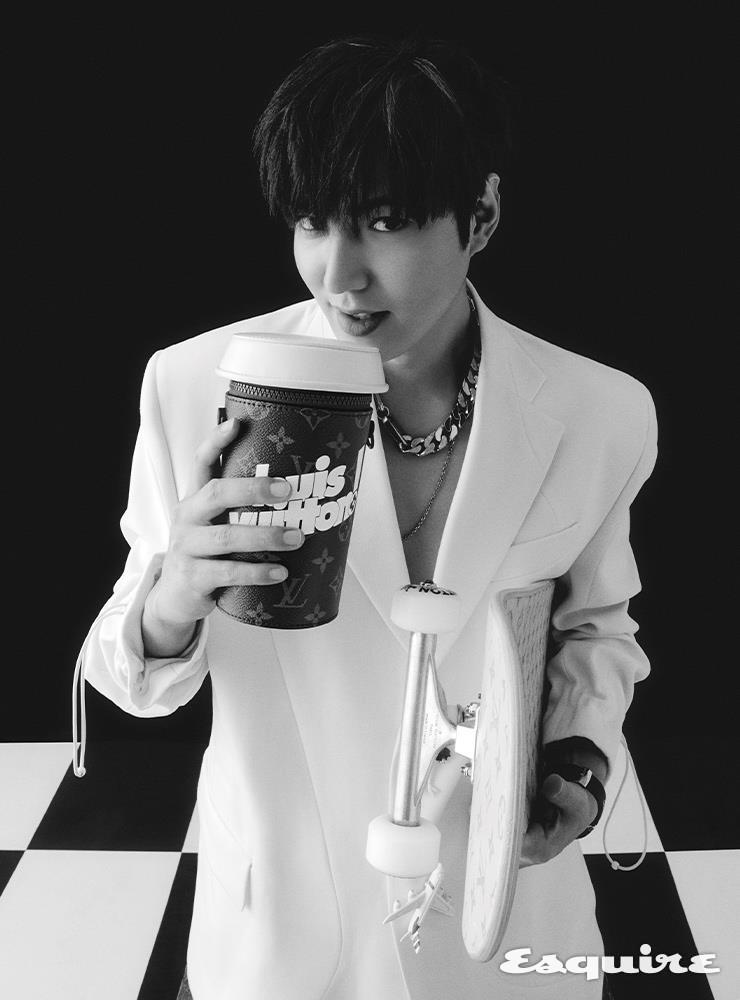 Esquire
Lee Min Ho
How does this article make you feel?