tvN’s “The Devil Judge” has released new stills ahead of tonight’s episode!

Previously, Kim Ga On (GOT7’s Jinyoung) held a press conference during Juk Chang’s (Lee Hae Woon’s) execution and admitted that the trials had been fabricated. This caused Juk Chang’s electric chair to turn off, and everyone, especially Kang Yo Han, was shocked by Kim Ga On’s sudden confession.

The newly released stills depict Kim Ga On and Kang Yo Han’s icy encounter after Kim Ga On’s press conference. Kang Yo Han’s eyes are full of burning anger, and he even grabs Kim Ga On by the neck. Kang Yo Han always had a cynical attitude towards people, but he started to open up to Kim Ga On. So the young judge’s choice to spill the beans was a sharp stab in the back. 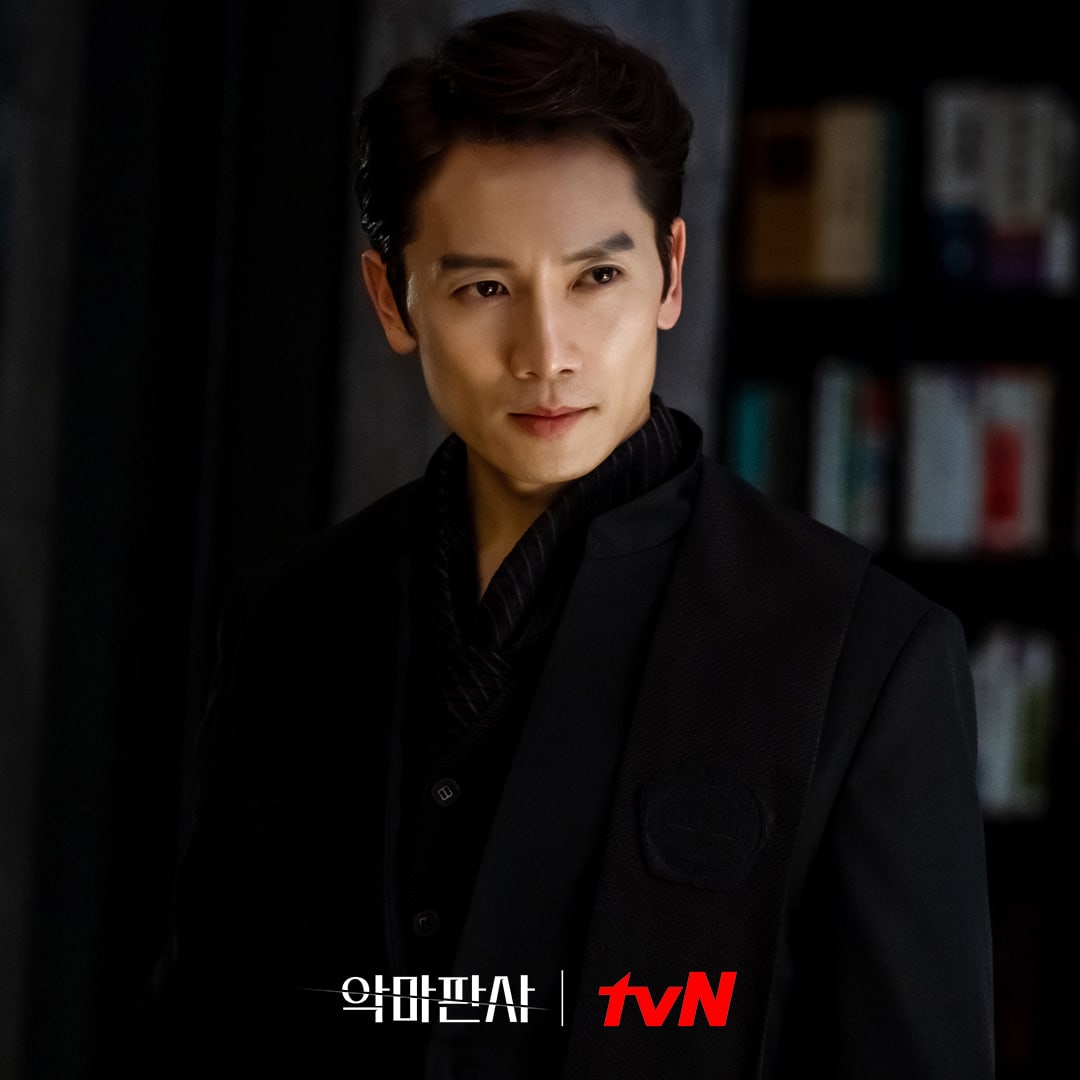 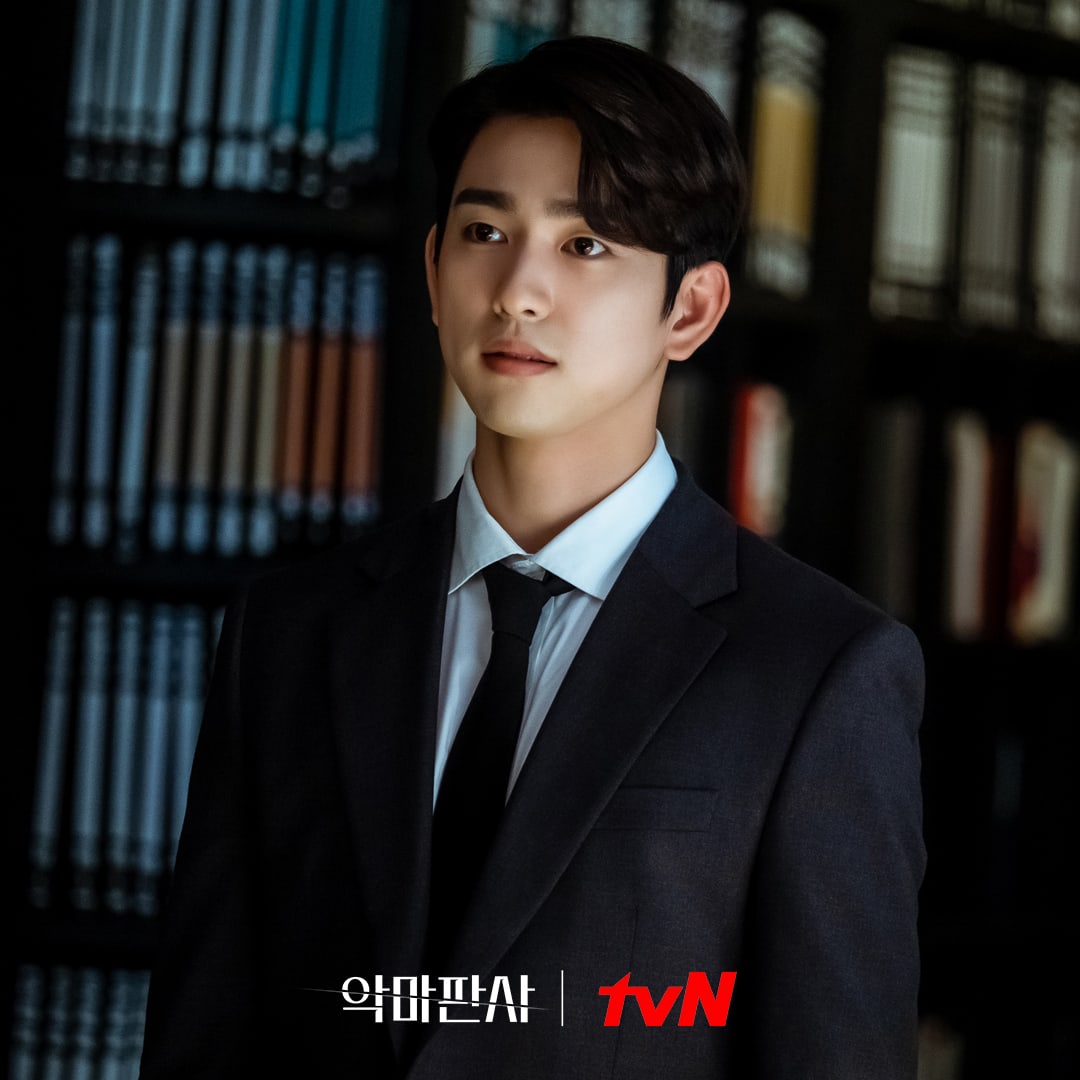 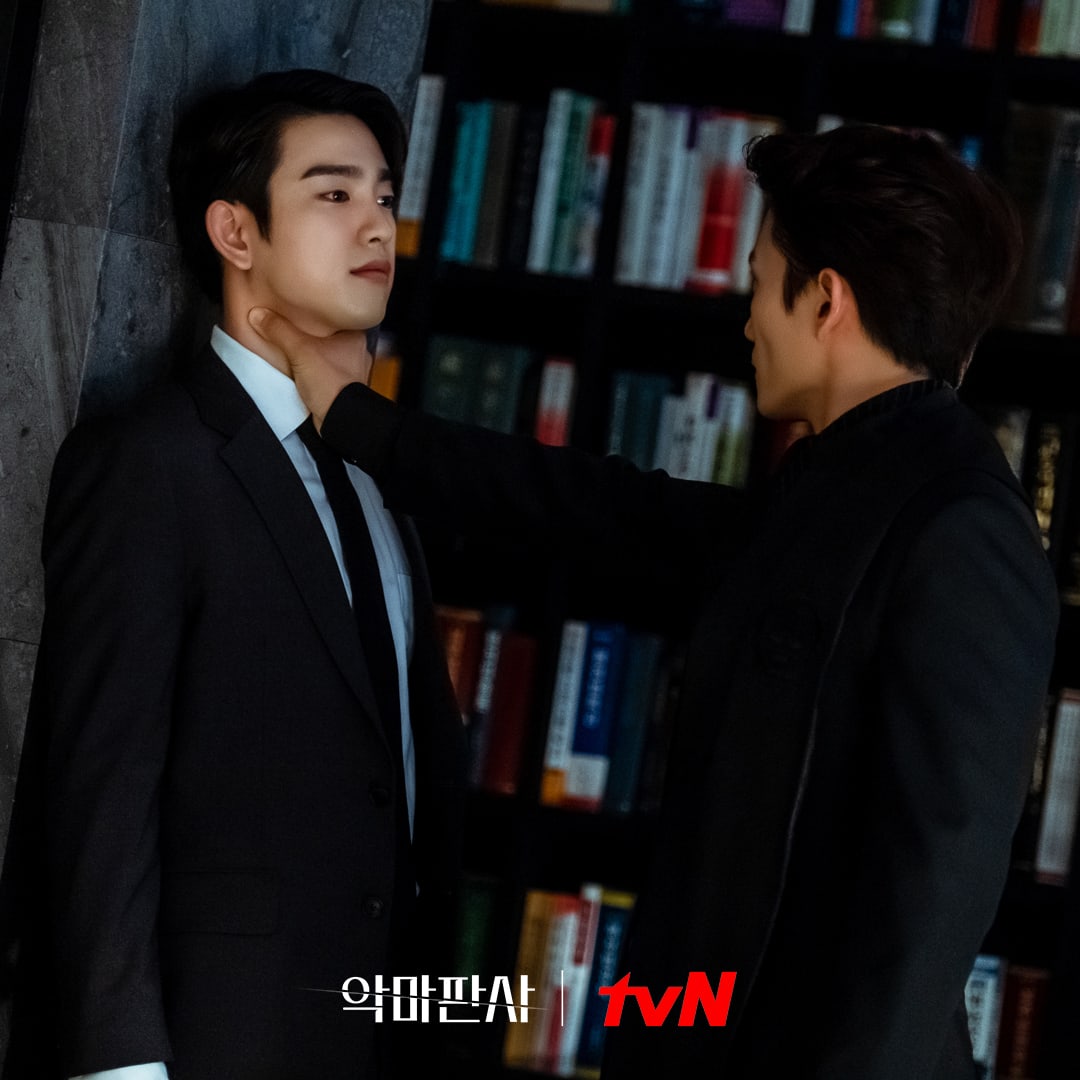 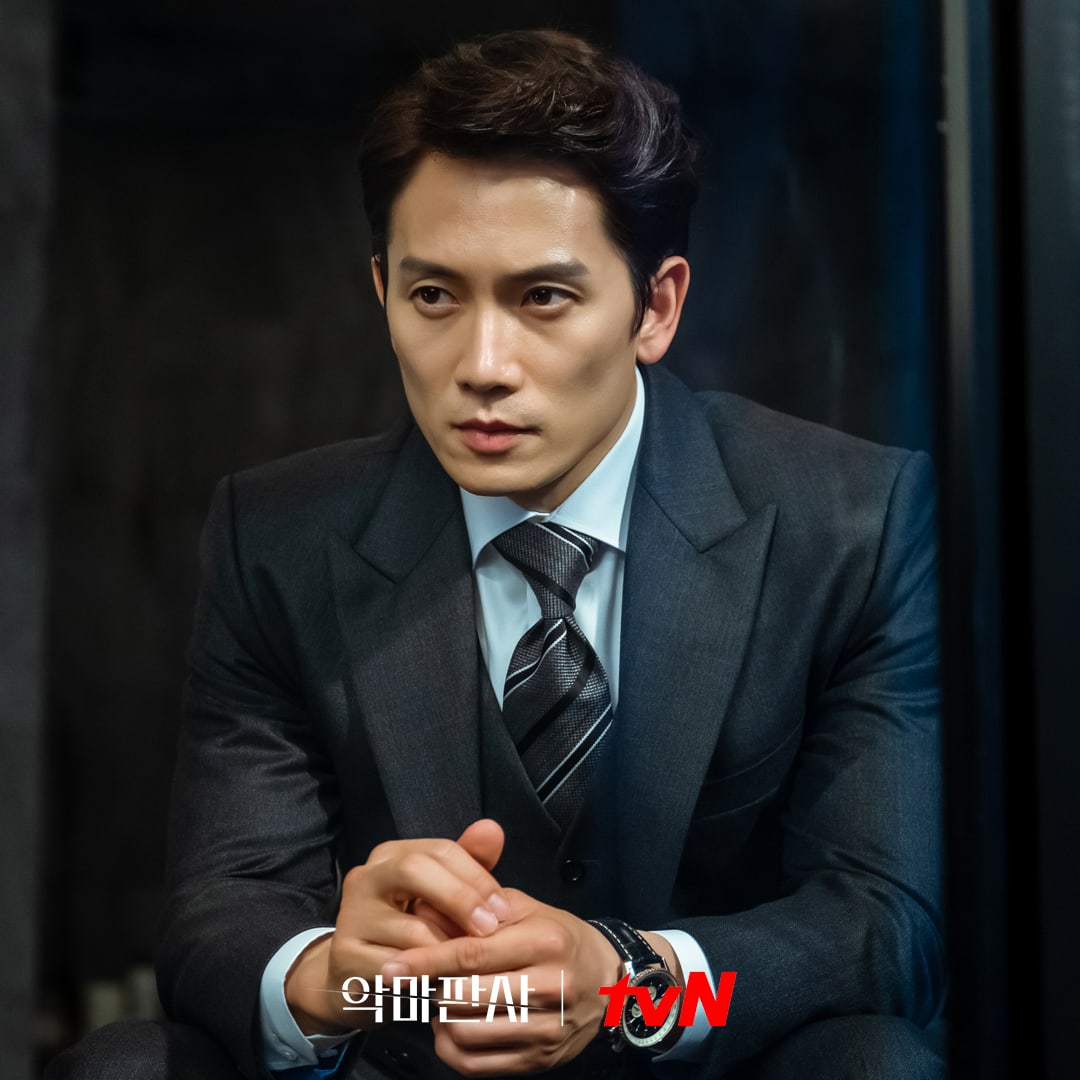 Viewers are eager to find out how Kang Yo Han and Kim Ga On will overcome this turbulence in their relationship. The two are surrounded by enemies, including the ambitious Jung Sun Ah (Kim Min Jung) and greedy Heo Joong Se (Baek Hyun Jin). Will the two judges be able to overcome these obstacles and find true justice?