Taeyeon Reflects On Girls’ Generation’s 14-Year Career, Her Daily Routine, And Getting Out Of The House More

Girls’ Generation’s Taeyeon participated in a pictorial and interview with Vogue Korea!

In early July, Taeyeon released the summer single “Weekend.” She said, “Since then, I’ve been filming a lot of commercials. I always appear on ‘Amazing Saturday’ without fail. When one album promotion comes to an end, I start worrying about the next album. So I’ve been having meetings about setting up the next album. Since ‘Weekend’ was a single, it feels like promotions wrapped up rather quickly.” 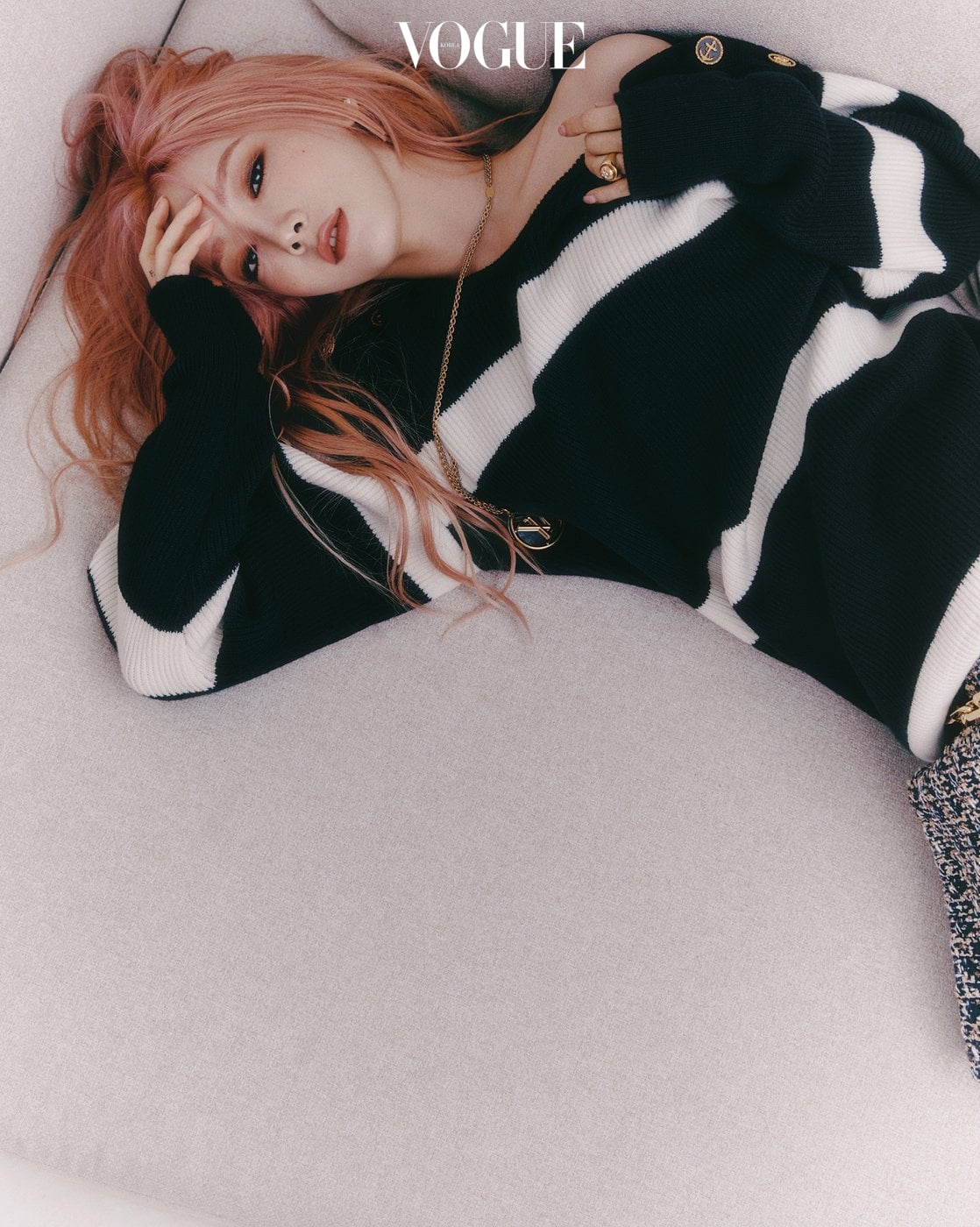 Taeyeon is famous among fans and fellow celebrities for being a homebody. She said, “The people around me have started to tell me, ‘Get out more!’ Thanks to them, I’ve been getting out more, half by my own will and half by the will of others. I recently got an employee card made in my name. Because of that, I went to the agency more often. It made me feel a sense of belonging.” 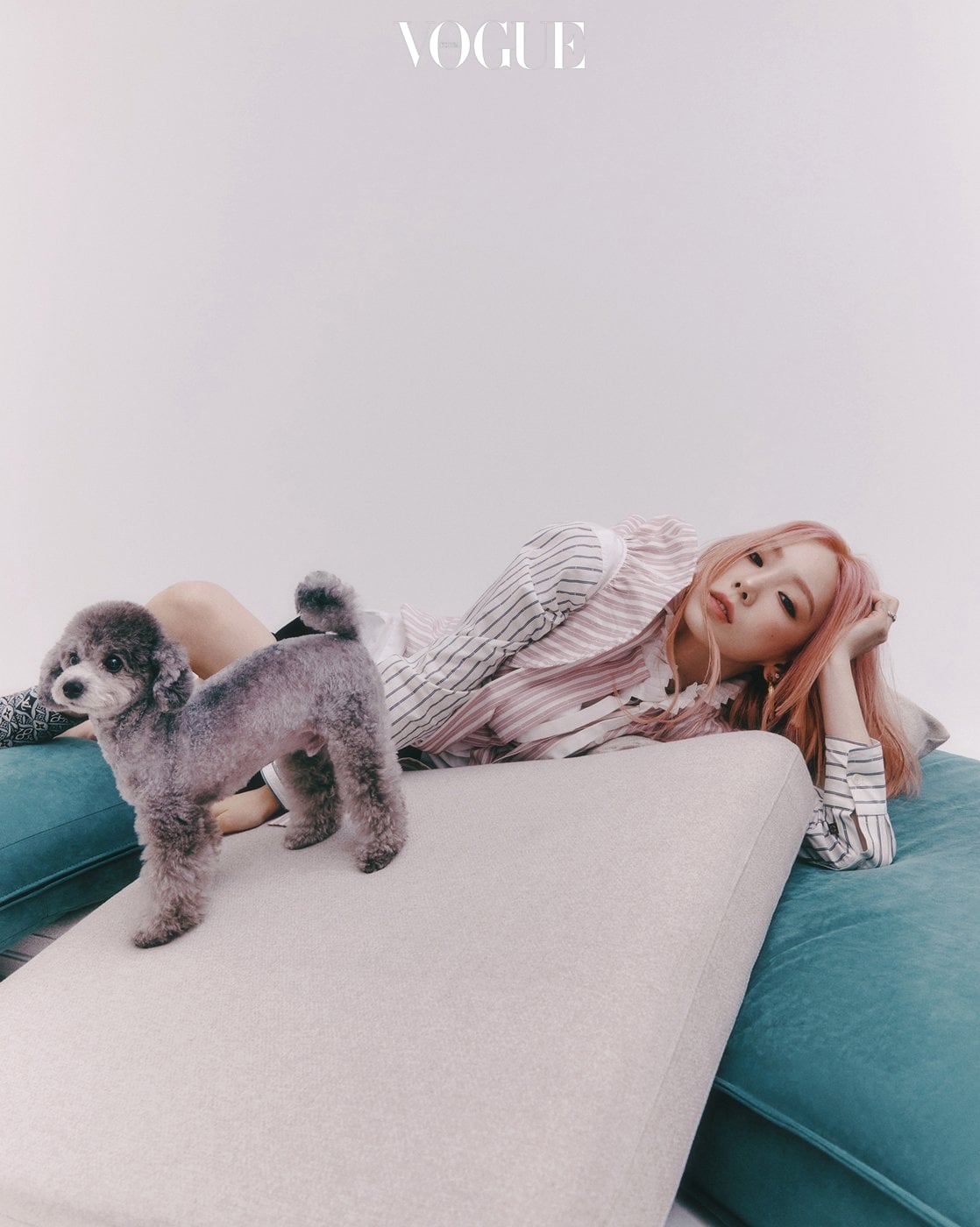 She also shared that she keeps a journal. “I write it every day,” she said. “I wrote in it yesterday and I wrote in it this afternoon as well. I don’t write it at the end of the day. I write what I feel moment to moment. Sometimes I’ll write three times in one day. I did that yesterday. If it’s small, I’ll write about four lines, if it’s long, about ten lines. There are just times when you have a lot of thoughts. I like to organize my work and my relationships and reflect on what I feel and my thoughts about the other person.”

About her daily routine, she said, “If I wake up late, it’s around 10 or 11 a.m. I don’t sleep in the morning. I usually wake up around 6 a.m. and sleep at 1 a.m.” The interviewer commented that it’s unusual to get up and start one’s day at 6 a.m. and she said, “I spend about one hour lying around in bed. After I loosen up my body while lying around, I pick about one or two devices that have been charged when I get up. I get changed and then start my home exercise routine. It’s not very fun, is it?”

She added, “I believe that exercising every day is important. If I skip one day, it pricks my conscience. I can’t exercise every day, but I’m trying to exercise more than five times a week.” 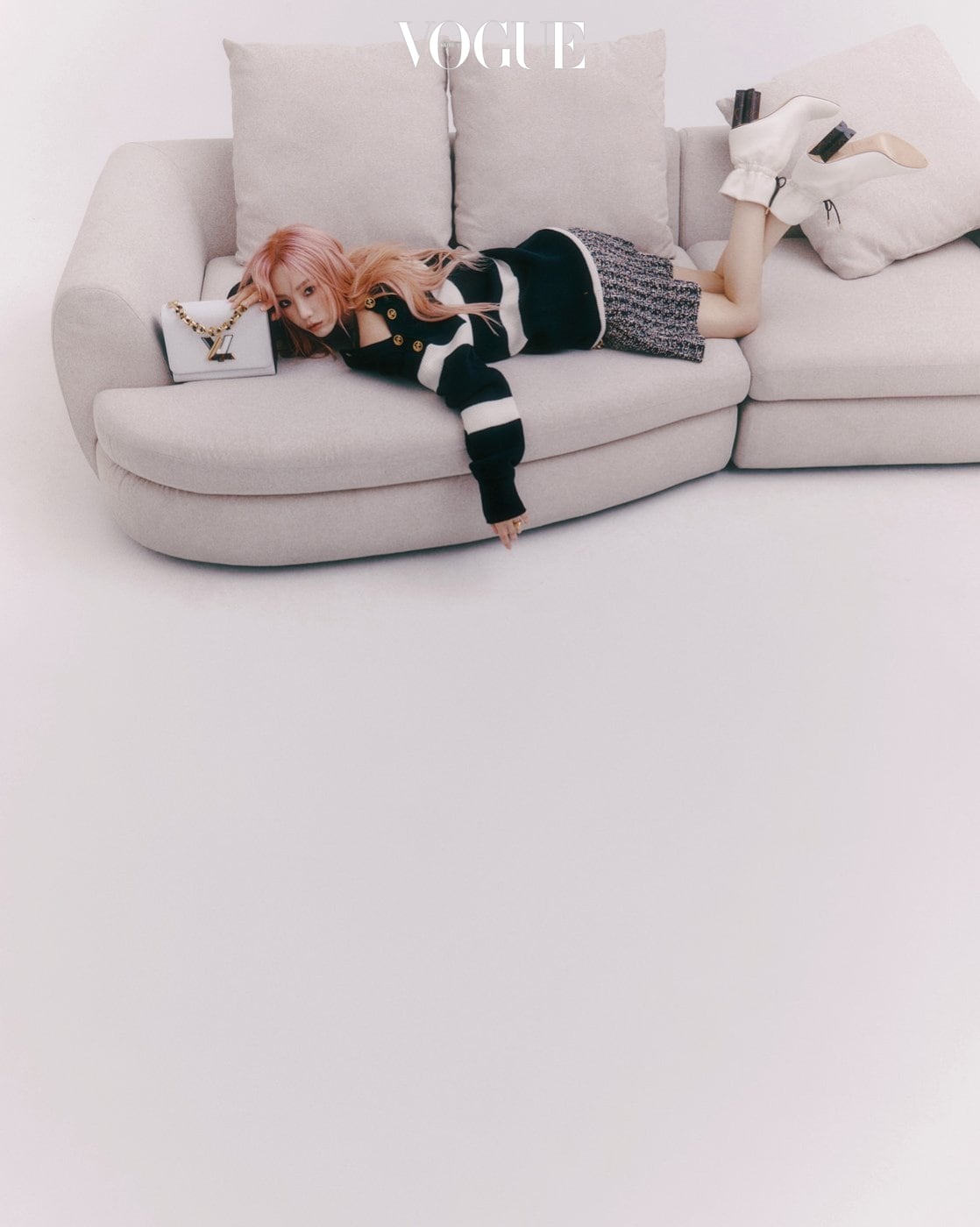 August 5 was Girls’ Generation’s 14th debut anniversary. Taeyeon said, “Year after year, August has always been like a party time for us, so we felt some regrets this year. Because of the times, we had a Zoom meeting with no makeup, pajamas, and hair tied back. It was a different kind of meaningful experience to meet like that and chat together without getting dolled up.”

She reflected, “Even though I’m promoting solo now, I don’t want to change the fact that I’m ‘Girls’ Generation’s Taeyeon.’ Because I was Girls’ Generation, I’m able to be where I am now today.” She added, “I had a rebellious period during ‘Gee.’ I wanted to do a really strong concept then. Maybe I just felt like I wanted to go crazy but I thought that ‘Gee’ was an embarrassing concept. I said that in interviews multiple times, so people said that I hated ‘Gee.’ Now that I think about it, that was a concept that was appropriate for my age at that time. We were still young and fresh and naive, and that was its own kind of beauty, but I didn’t know that then.” 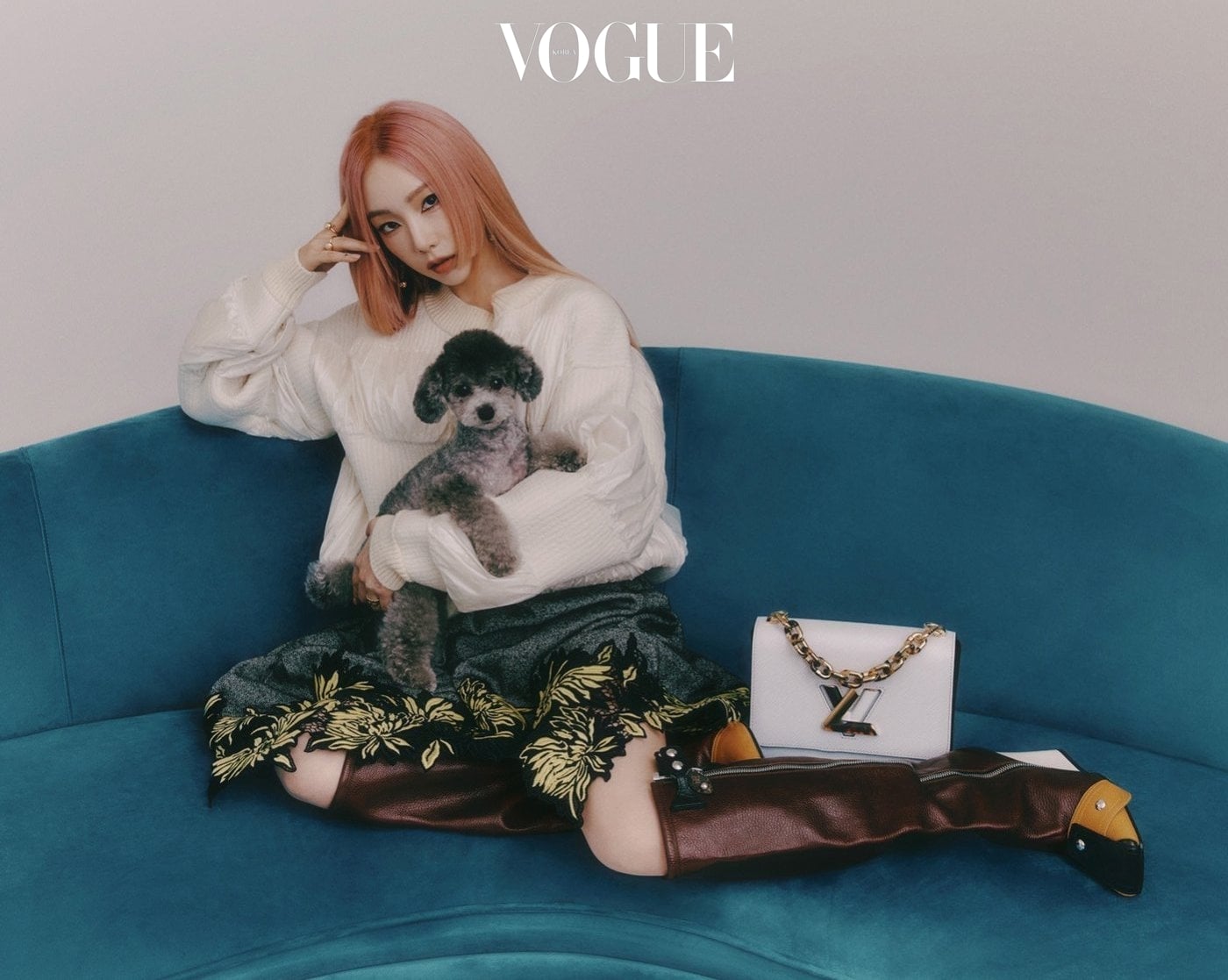 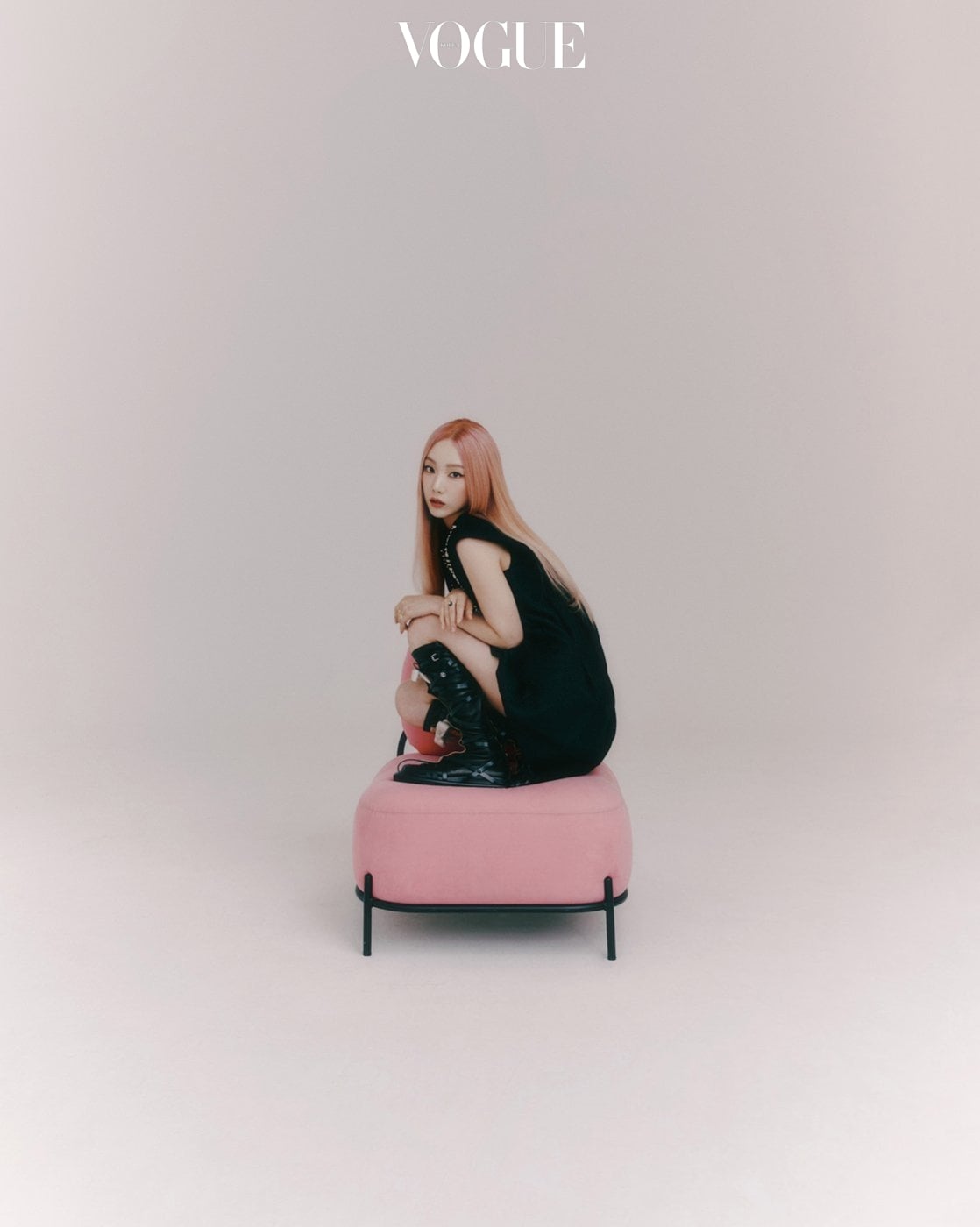 Taeyeon shared that she has been listening to “I Got a Boy” lately. “I thought to myself, ‘Was this song always this strange?'” she joked. “Even when I’m hearing it now, it feels unique. I think that the song was ahead of the times. Nowadays there are a lot of songs that don’t follow the ‘rules.’ At the time, it must have felt like a refreshing shock.”

She added that fans can look forward to Girls’ Generation’s reunion on their upcoming episode of “You Quiz on the Block.” 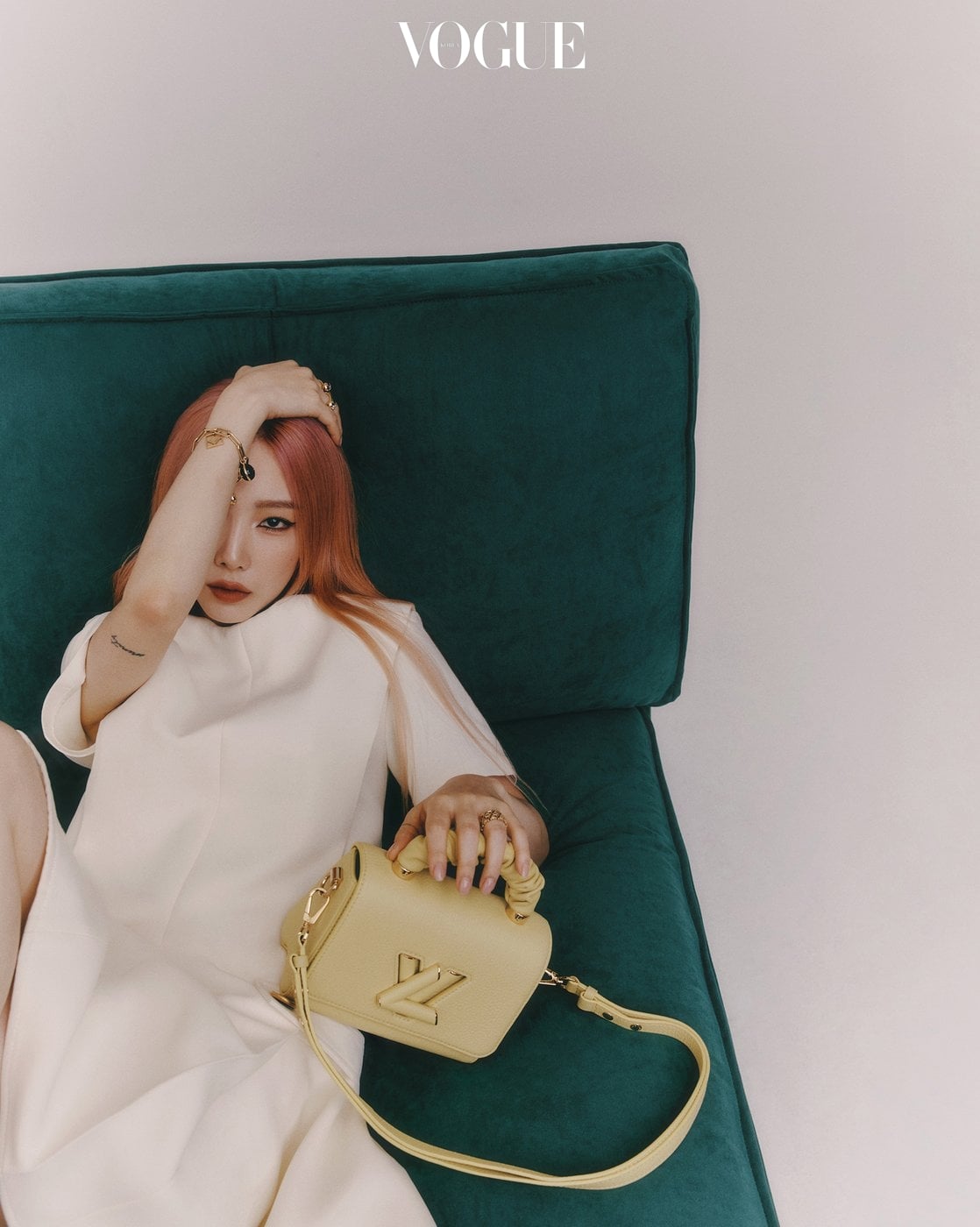 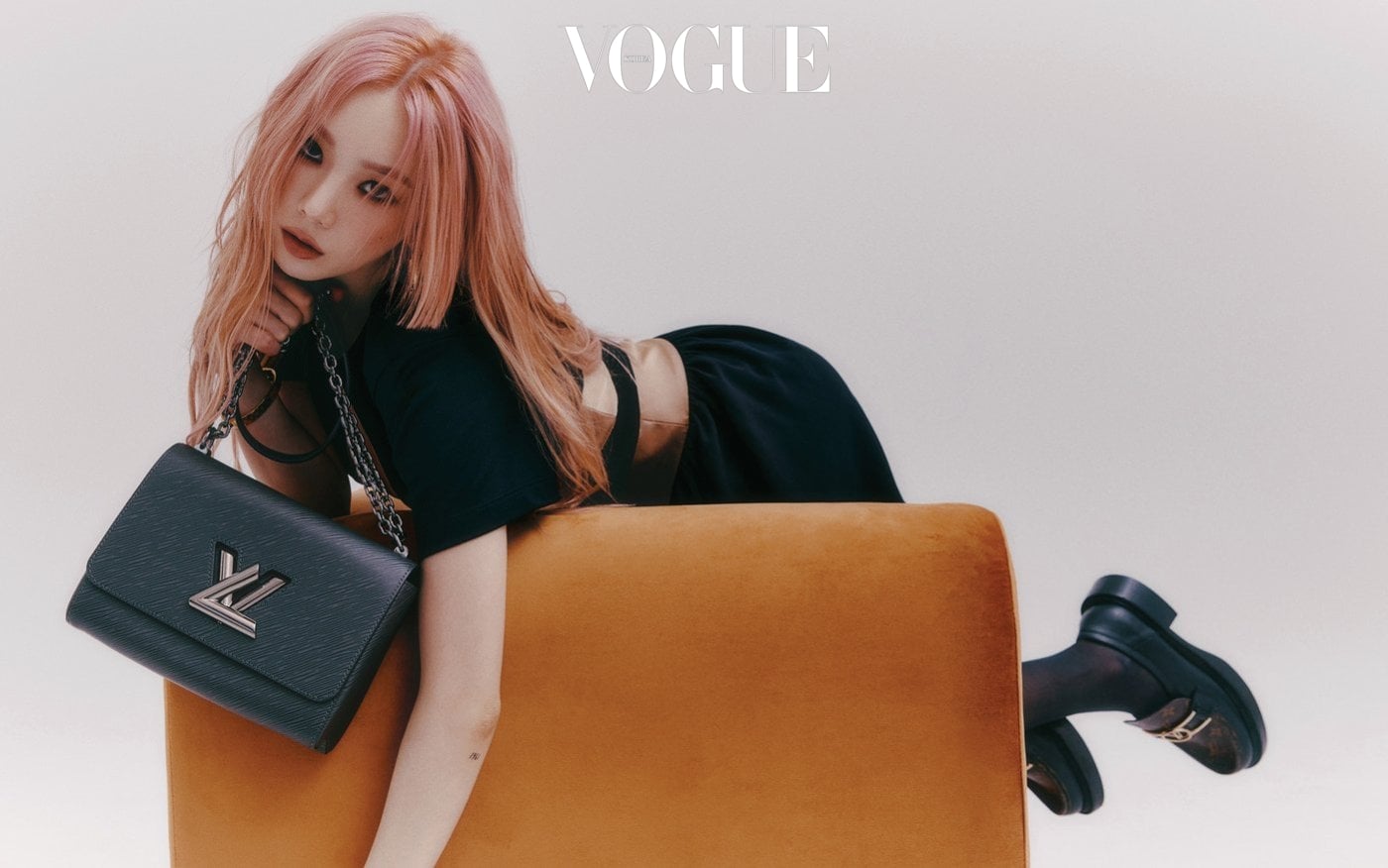 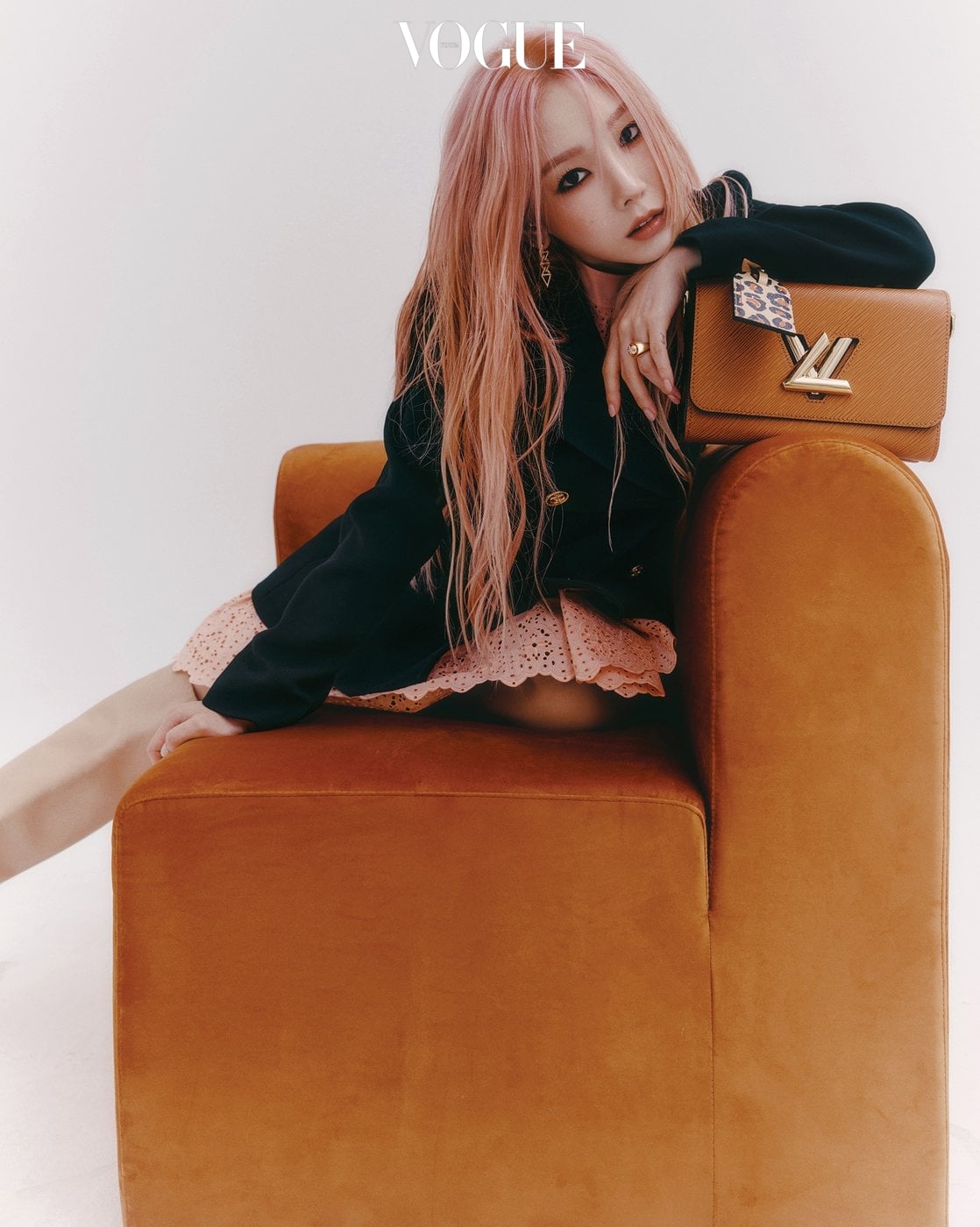 Girls' Generation
Taeyeon
Vogue
How does this article make you feel?