The main poster sets out both the stakes of the game and the terrifying consequences should one fail. Most of the contestants, dressed in green tracksuits, are staring up at the clear glass bubble full of prize money, signifying the primary motivation for joining the game. But the group in the center, including Park Hae Soo and Lee Jung Jae, stare toward the camera, suggesting that their primary motivation is to escape the facility alive.

Behind them are the masked guards in red hazmat suits, carrying weapons and blocking the contestants’ escape. These are those who run the games and manage the contestants, but the cloaked figure in a silver mask is the true unknown face behind the games. The poster’s caption reads, “45.6 billion won ruins the adults’ sense of childhood innocence.” 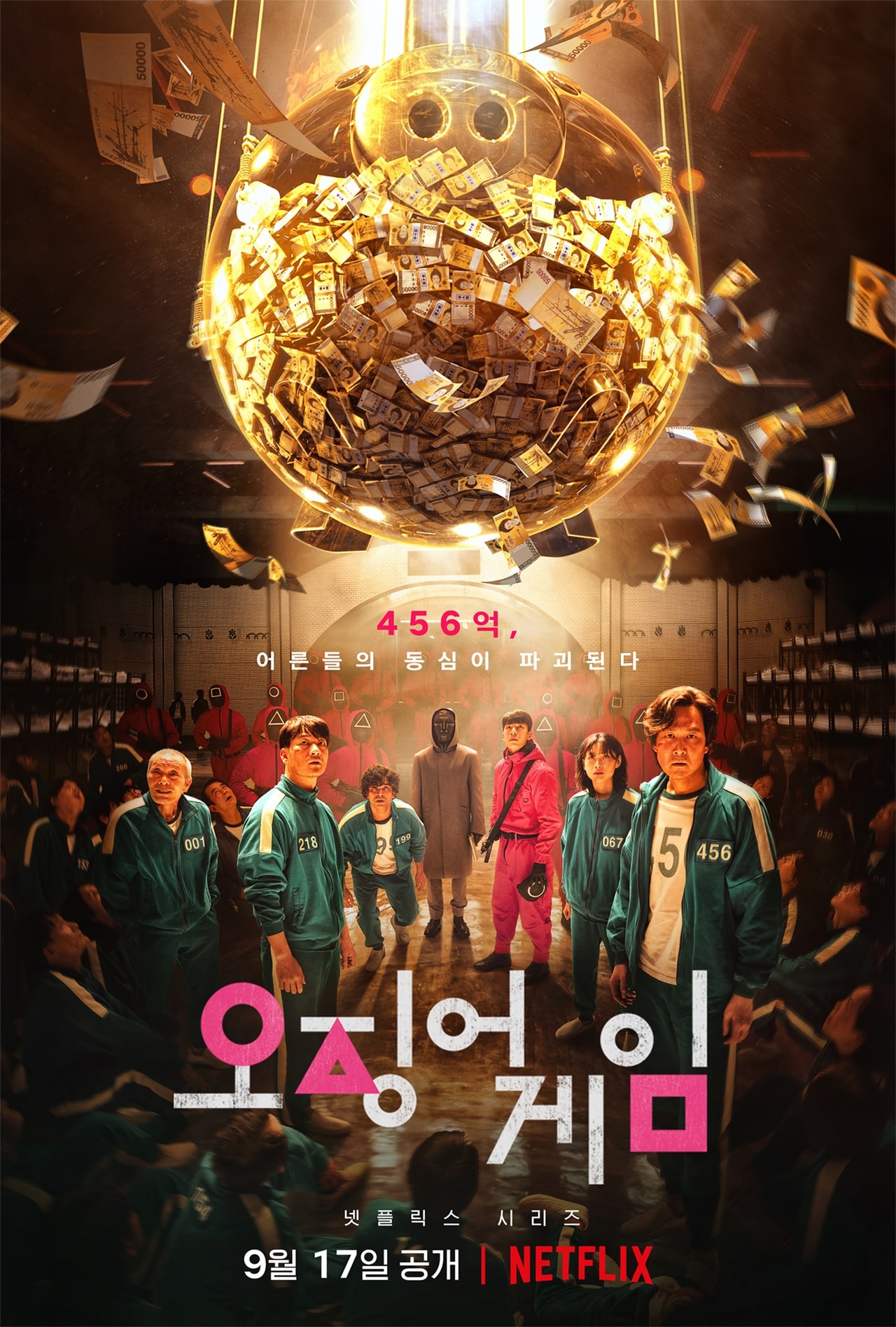 The director of “Squid Game,” Hwang Dong Hyuk, has worked on movies in diverse genres like “The Fortress,” “Miss Granny,” and “Silenced.” He shared that he had first gotten the idea in 2008 while avidly reading a comic book about a group of people who had fallen into an extreme game. He said, “I wanted to make a survival drama that was the most Korean.”

The games in “Squid Game” are common games that most Koreans play in childhood, except with a fatal twist. “I wanted to create a sense of connection between the nostalgic games we played in our childhood and the sense of never-ending competition that modern adults feel,” he said. “There’s an irony in our most beautiful and innocent memories being changed into the most horrifying reality.”

It was through Netflix that Hwang Dong Hyuk was finally able to bring his idea to life after 10 years of planning. “It’s a challenging project, so I was able to have physical and psychological freedom [through Netflix],” he said. This is the first time that the director has taken on a series rather than a movie, and was able to exercise more freedom about the story’s length, content, and worldbuilding.

“Squid Game” premieres on Netflix on September 17. Check out a teaser here!