Kim Yoo Jung Talks About Her Role In “Lovers Of The Red Sky,” How Her Love Of Art Impacts Her Acting, And More

Actress Kim Yoo Jung participated in a pictorial and interview with Allure!

Kim Yoo Jung is slated to lead the upcoming historical fantasy drama “Lovers of the Red Sky.” The interviewer mentioned that there are people who become interested in a drama after hearing that she is going to star in it and she replied, “That feels good. But it isn’t easy, right? Even people I know might say, ‘I’ll watch it because you’re in it,’ but it’s not easy to actually sit down and watch it. I don’t think of myself as an actor you can trust to watch yet. I think that the work ahead of me is to keep proving myself so that I can become that kind of actor. In the future, I’ll become an actor that you have to watch no matter what when they come out with something new.” 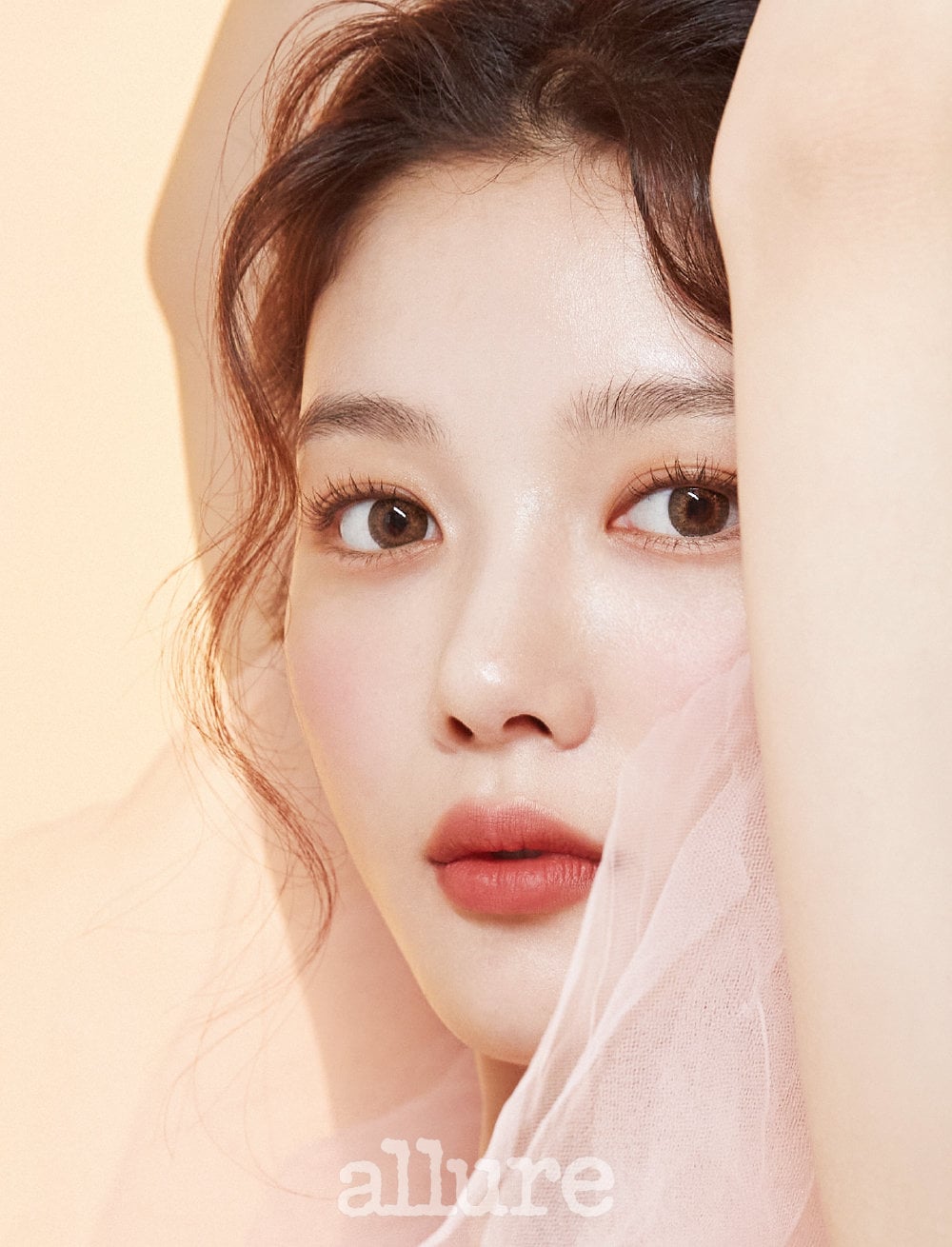 Asked how she chose her projects, she said, “I think I just go with what attracts me at the time. There are times when I pick a project because I really like the director. For ‘Backstreet Rookie,’ I really liked the character of Saet Byul. I looked forward to ‘Lovers of the Red Sky’ because the director, Jang Tae Yoo, is famous for historical productions, but I also really had fun playing the confident character of Hong Chun Gi.” 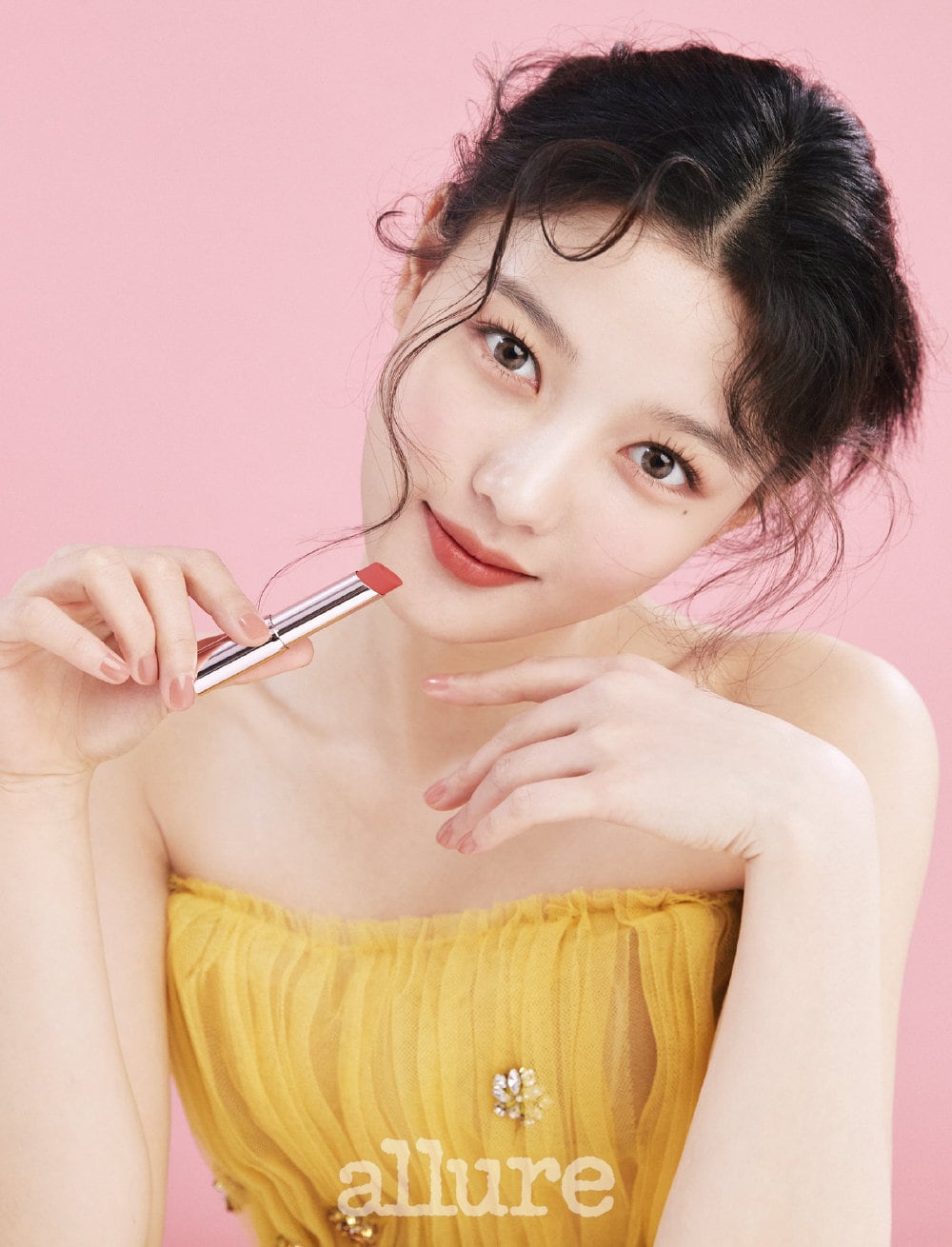 In “Lovers of the Red Sky,” Hong Chun Gi is the only female painter in the Joseon Dynasty and was born blind before miraculously regaining her vision. The interviewer asked Kim Yoo Jung about her own hobbies of painting and drawing. She replied, “I like oil painting and acrylics. There’s a workshop that I attend and the teacher lets us do whatever we want. I originally liked taking photos. I was studying photography and tried out a drawing class by chance, but after that I kept on drawing. I liked being able to portray emotions in a different way from acting. I like to draw scenes that I think up, or reimagine music or my current feelings.”

Asked if it helped her with acting, she said, “I found that it does help. I feel like I can experience emotions better. When you get used to acting, there are times when you just recite lines out of habit. But now that I’m expressing myself in different ways, I have more fun with the emotions that I’m portraying.” 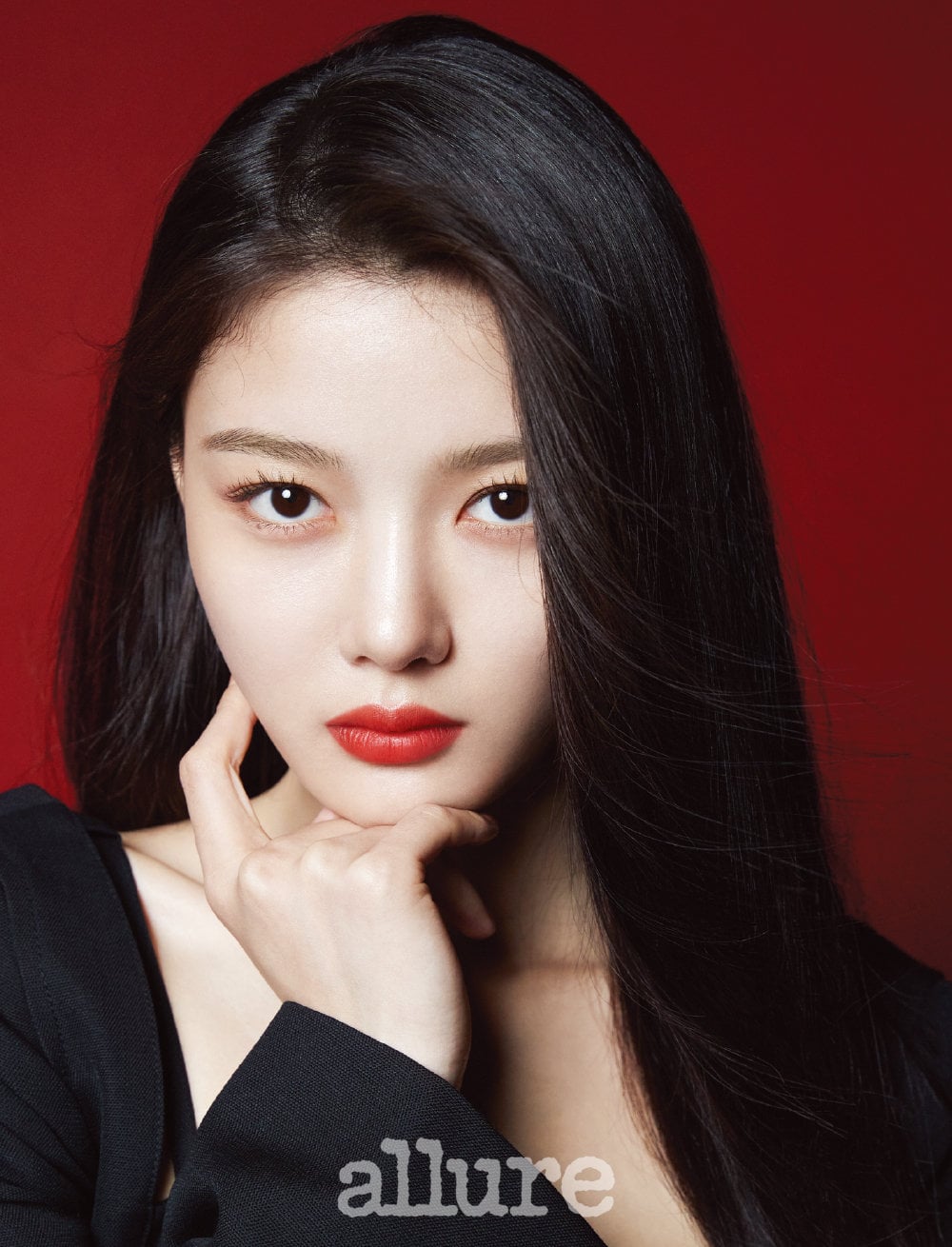 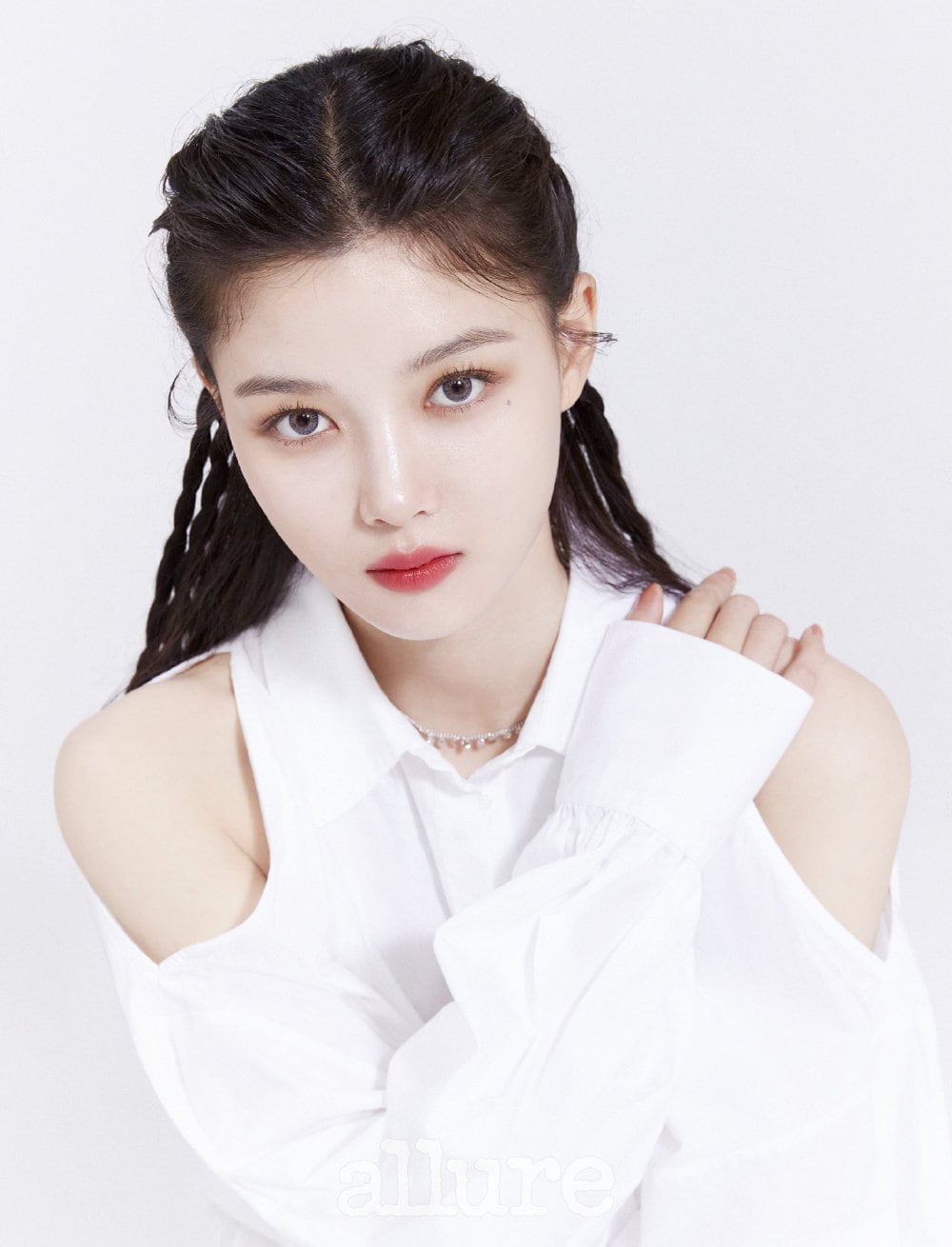 Kim Yoo Jung also spoke on topics like growing up, the importance of persistence, and her goals and experiences as an actor. “[I feel the most joy from acting] when I’m working with people who have the same mindset as me,” she said. “When you’re working on a project, you see the same 100-200 people every day for a long time. There’s not a lot of time to get adjusted, but the time to part also comes really quickly. It feels sad at times, but it also always feels new. Our thoughts are all different, but there are people that you realize are on the same wavelength as you after you start talking to them. Then I feel really happy and welcome and safe. Those are really happy moments for me.” 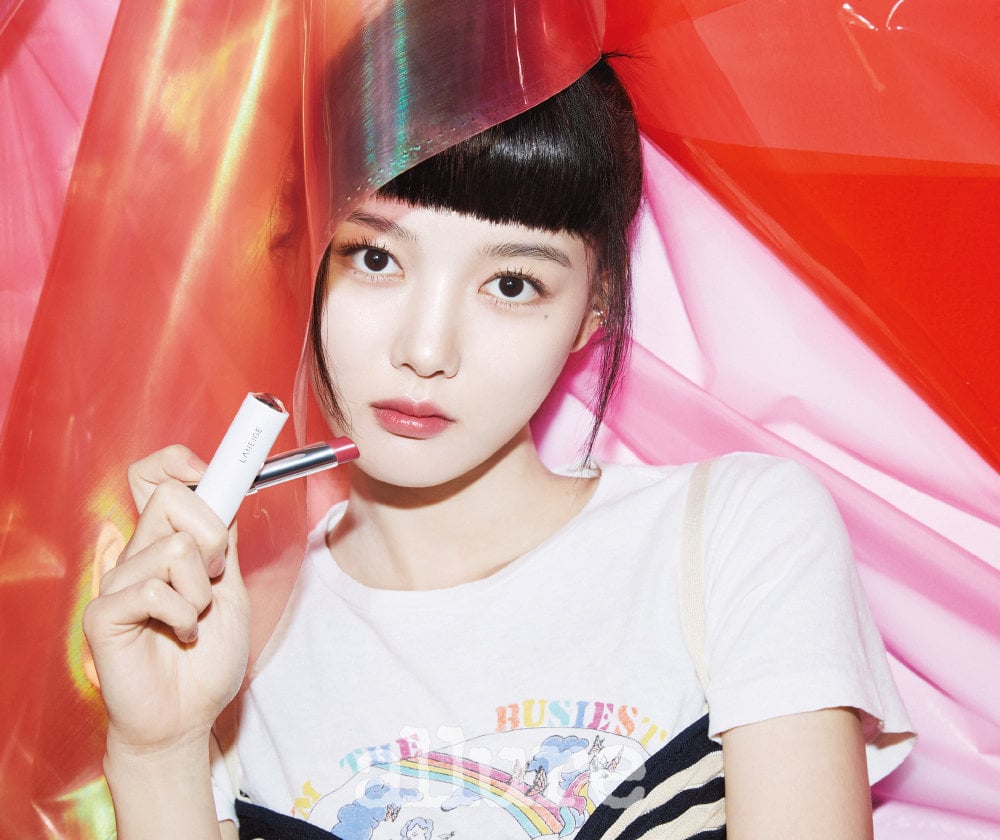 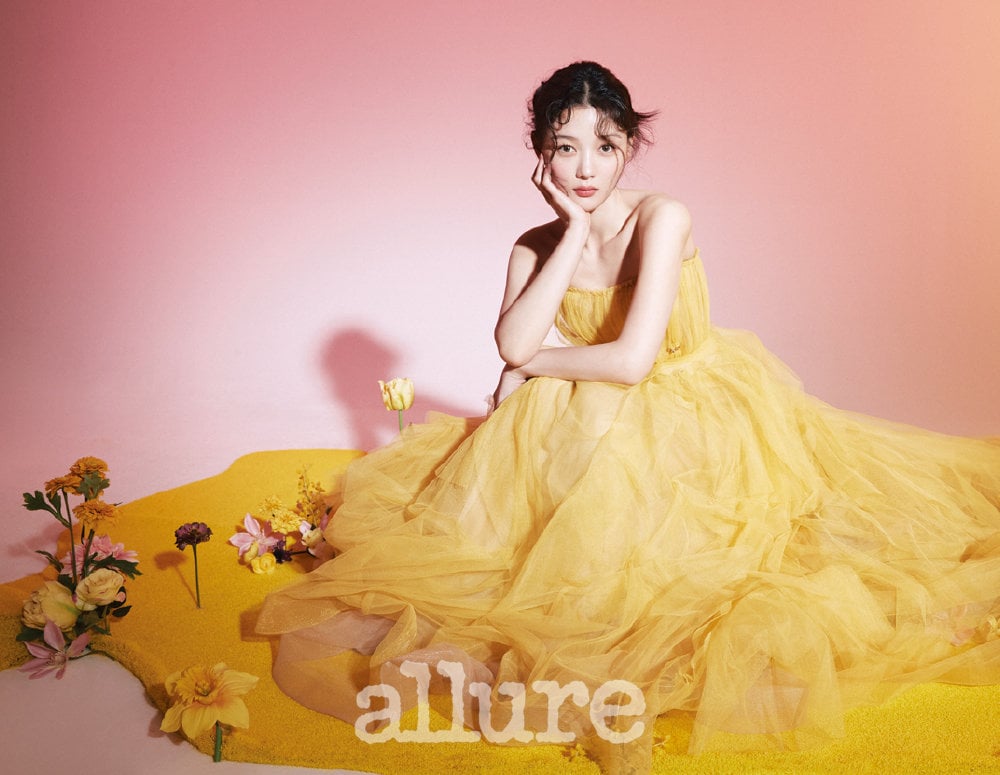 Asked about the key to staying on task for a long time, she said, “Don’t you need a driving force for that? For me, I started acting at a really young age. I don’t really remember when I was little, but around the time that I developed more of a sense of self, I started to drive myself forward. There were of course times when I was tired and struggling, but I gained a new kind of strength as I grew older. As I acted, I realized, ‘There are things like this, my job is like this, I have to do something like this.’ My main source of strength was a curiosity toward my work and a desire to do better.” 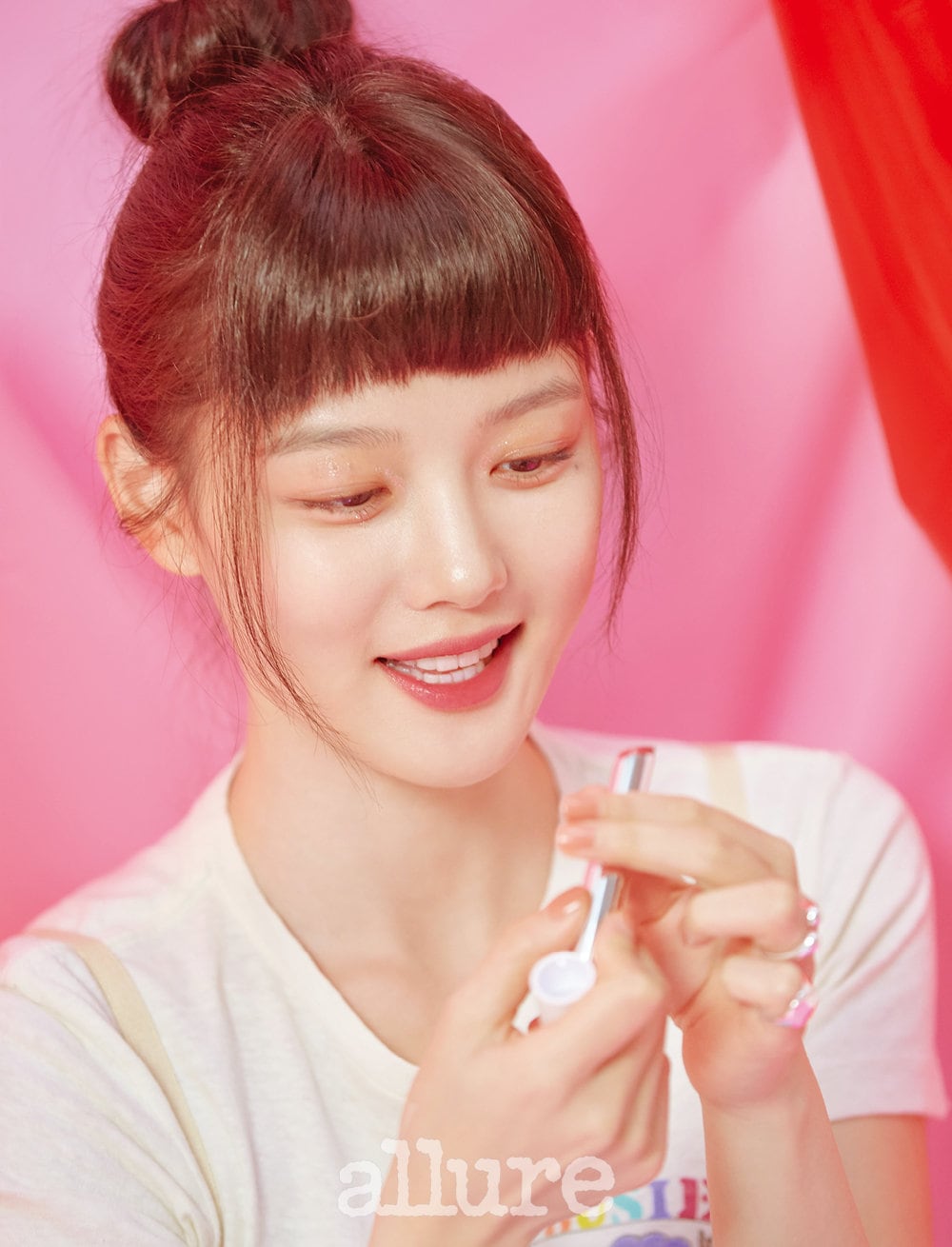 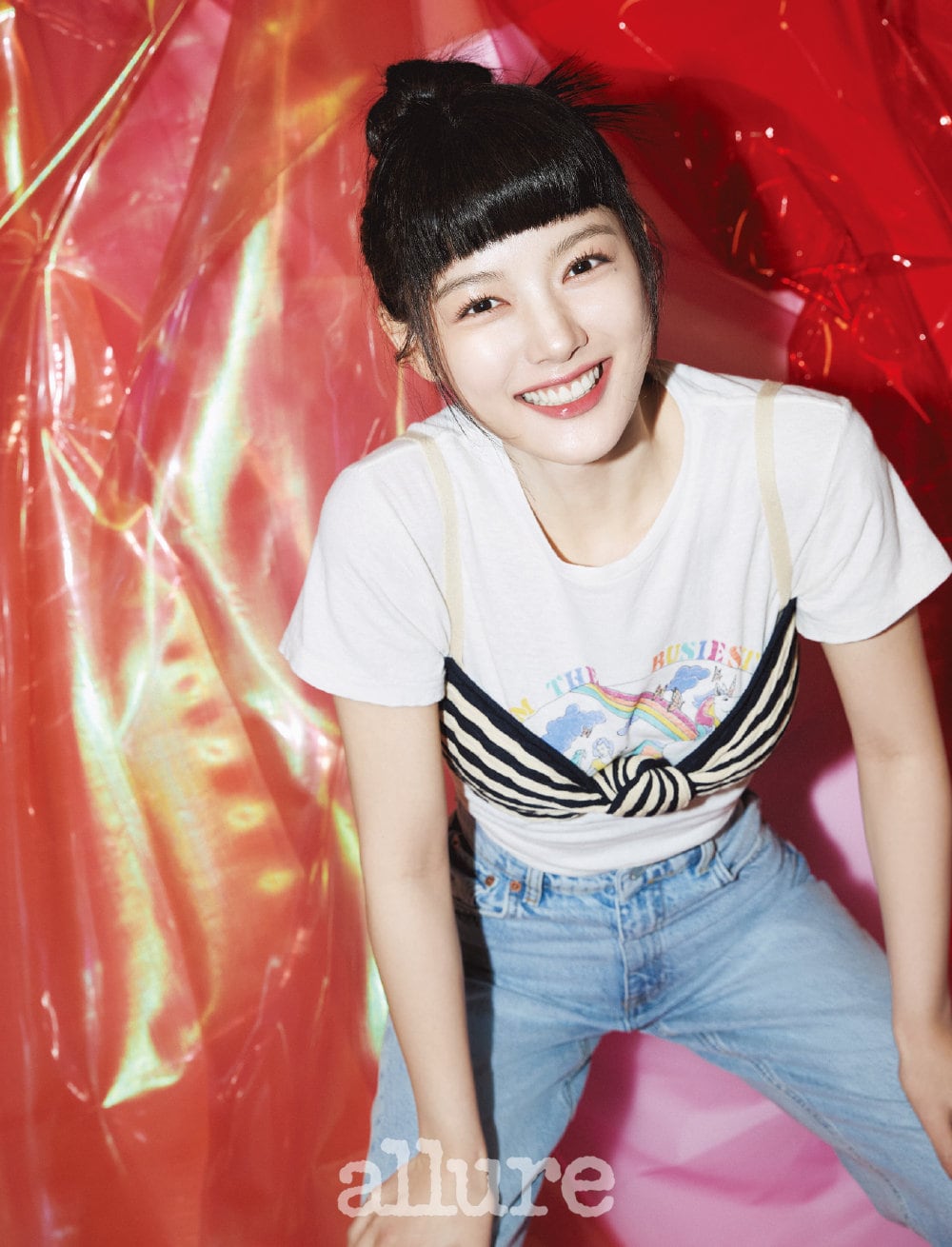 About her goal as an actor, she said, “I want to be someone who keeps growing. No one knows where their limits are, so it’s tough, but I want to be an actor who remains in someone’s memories. When people my parents’ age think of the times when they were young and happy, they often talk about things like, ‘I was a fan of this singer and went to their concert.’ I want to be a page in someone’s memory like that. There are times when a certain smell can take you back to the place where you first smelled it. I want to be something like that.” 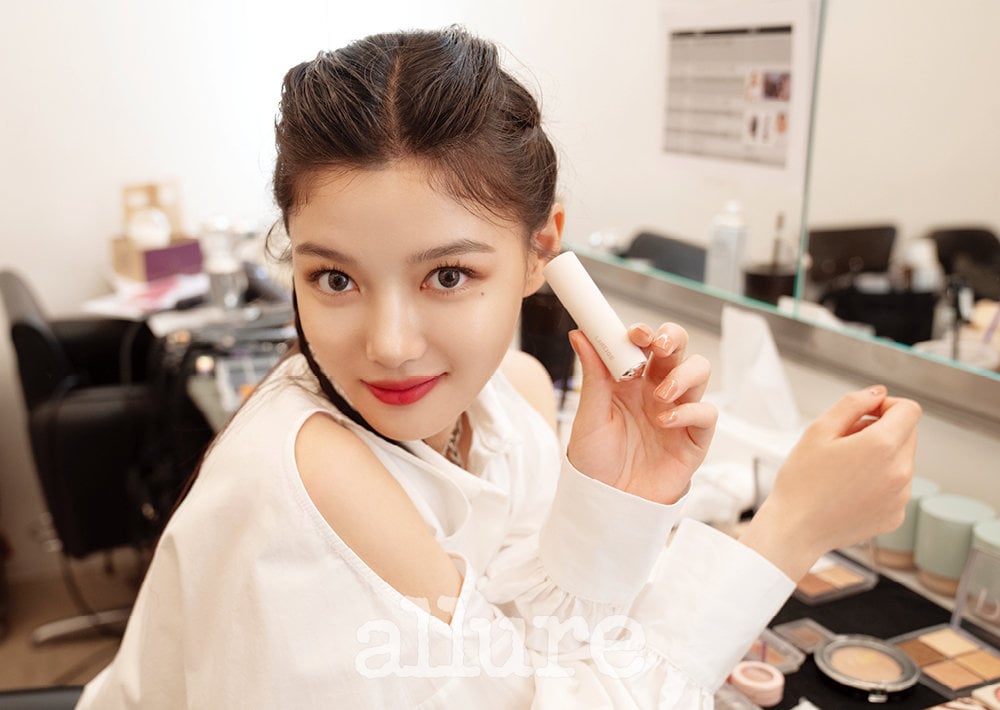 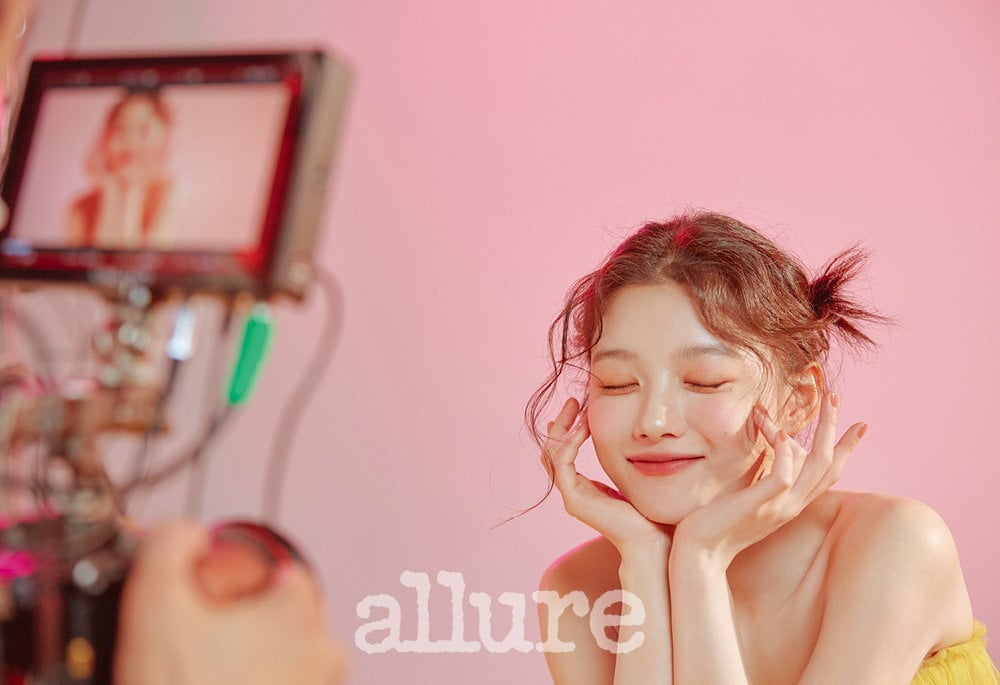 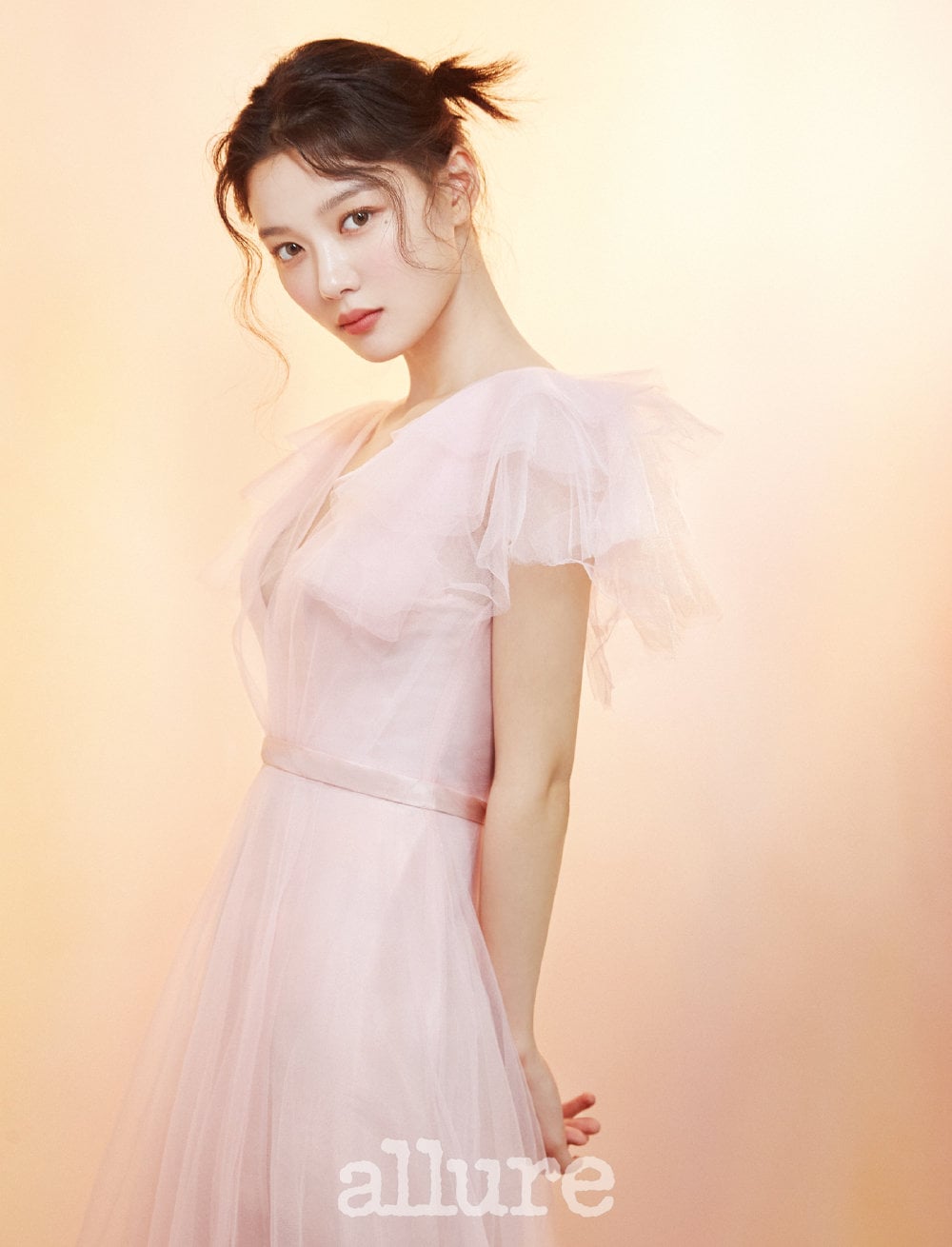 Kim Yoo Jung
Allure
Lovers of the Red Sky
How does this article make you feel?