Based on the webtoon of the same name, “Nevertheless” is a JTBC romance drama starring Han So Hee as Yoo Na Bi, a woman who doesn’t believe in love but still wants to date, and Song Kang as Park Jae Uhn, a man who doesn’t want to date but still wants to have flings. Yang Hye Ji plays Oh Bit Na, Yoo Na Bi’s close friend who is also the informant of the sculpture department.

Oh Bit Na is one of the brightest and most energetic students in her department. She has a unique style and a very carefree personality, and she takes interest in everyone. In a recent interview, Yang Hye Ji shared, “I thought Bit Na is a character who freely does as she pleases. One-dimensionally, it may seem as if Bit Na is acting however she wants, but I think she has that attitude because she puts herself first over what others may think of her when it comes to expressing her opinions. To Bit Na, Bit Na is No. 1.” 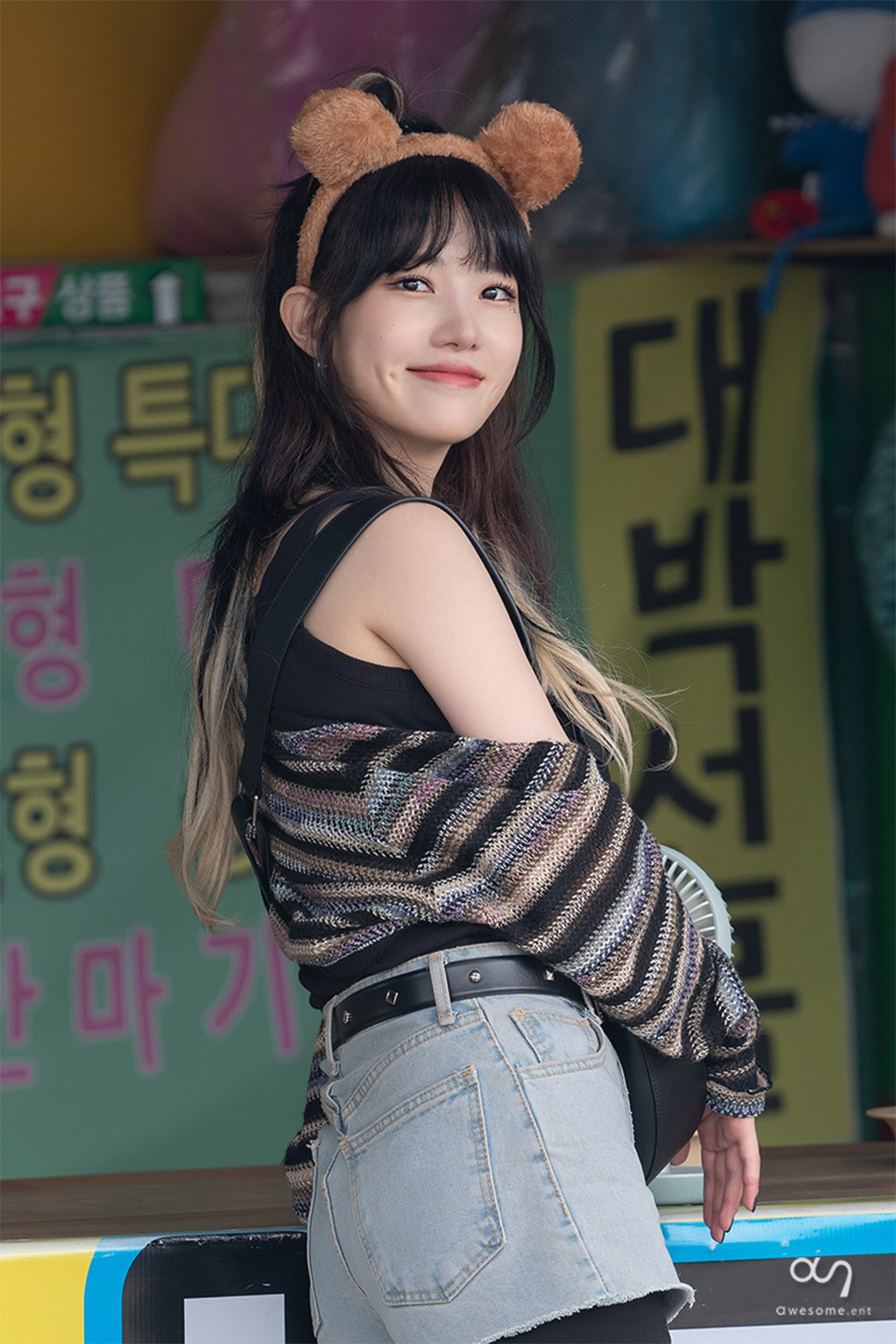 Yang Hye Ji continues, “I’m honestly the type not to speak bluntly. Even if I have something I want, I do it myself rather than [tell someone], ‘Do it like this.’ If it seems like someone is dating someone else, Bit Na immediately asks, ‘You’re dating, right?’ but I’m the type to wonder, ‘Are they dating..?’ and stop there.”

Oh Bit Na also left a strong impression on viewers with her stunning red hair color. Yang Hye Ji shared, “I think the styling aspect was the biggest challenge. I’ve never bleached my hair, so I had doubts about whether it would suit me. The director and I both thought it would be nice if I looked physically similar to the original webtoon character. I’m on the simple-looking side, so I tried out a transformation using my hairstyle and makeup.” The actress added that she looked up all types of red hair on the internet and social media to prepare for her role. Yang Hye Ji further explained that she had previously read the webtoon in around 2017 or 2018, sharing that she felt a sense of responsibility for having to bring the project to life. 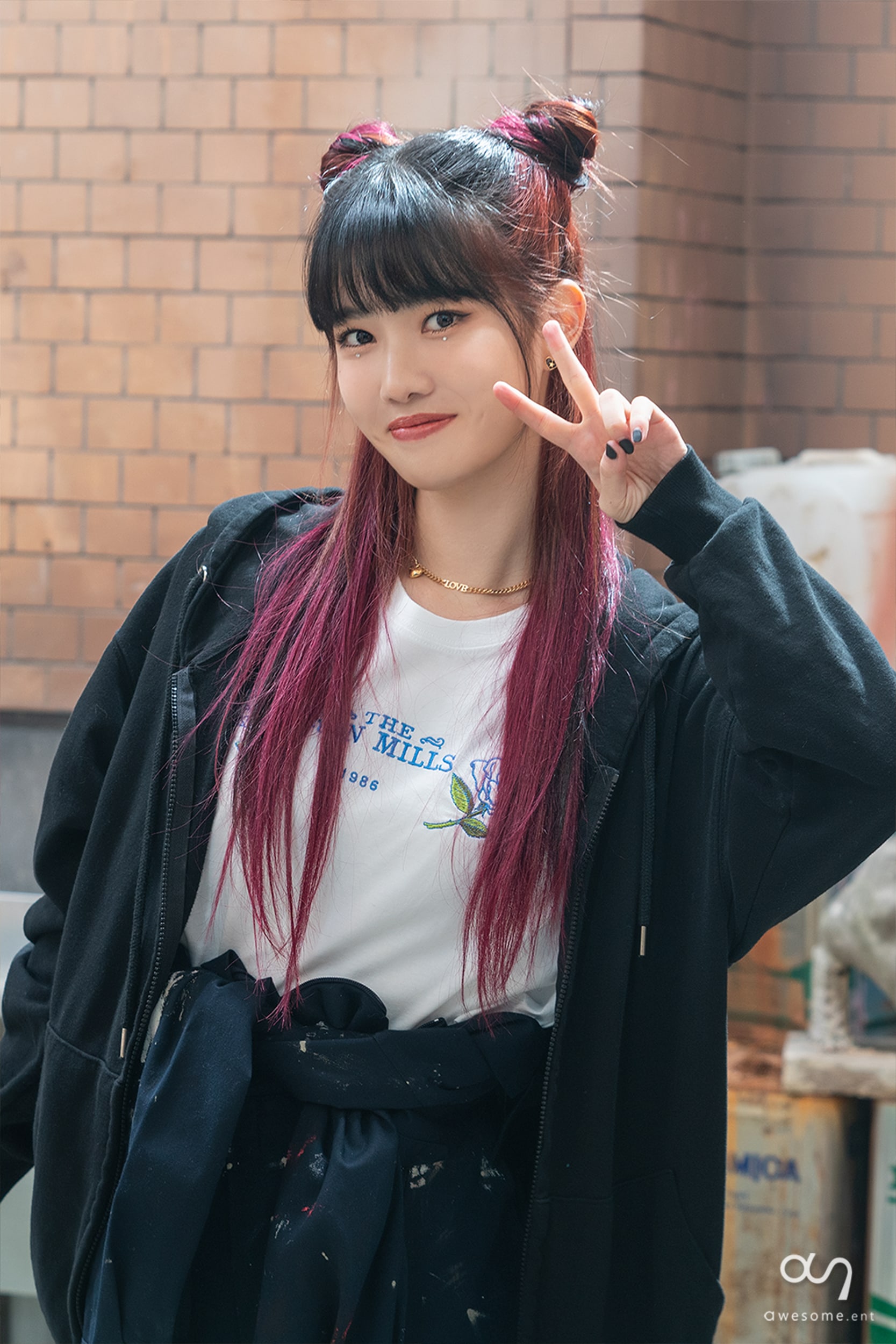 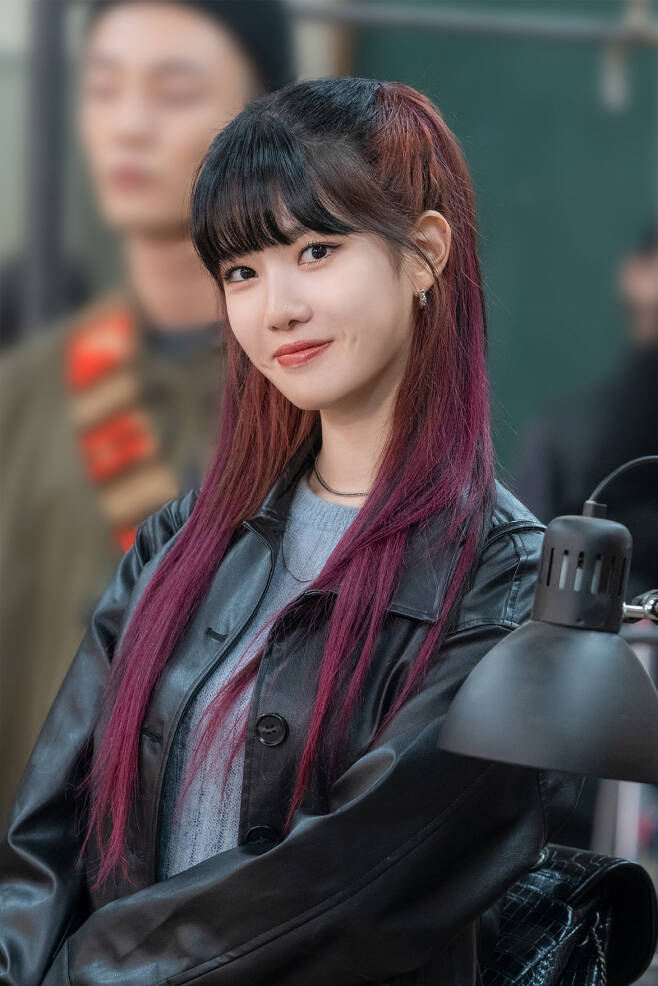 Regarding her actual opinion on “bad guys” like Park Jae Uhn, Yang Hye Ji shared, “I’m not the type to be dragged around by bad boys. I think I’d just be friends with Jae Uhn. I like kind men.” The actress also shared that she didn’t think of Oh Bit Na as a “bad girl.” She elaborated, “I tried to understand Bit Na while acting as her. The reason she said she didn’t like Gyu Hyun (Kim Min Gwi) is because she didn’t want to lose a good friend, but she was slow in saying that. That’s why she might have felt like the ‘bad girl.'” In the last episode, Oh Bit Na and Nam Gyu Hyun eventually become a couple. Yang Hye Ji commented, “I think this action is very Bit Na-like since she’s the type to make what she wants happen. Bit Na also wanted Gyu Hyun.”

The first group scene the cast filmed was their scene at the bar for episode 1. She shared, “Due to COVID-19, we hadn’t properly done the script reading or greeted each other, and we hadn’t even eaten together. We worked while speaking formally, but it felt like we should immerse ourselves to make the project more genuine. So we exchanged ideas on set and quickly became close.” 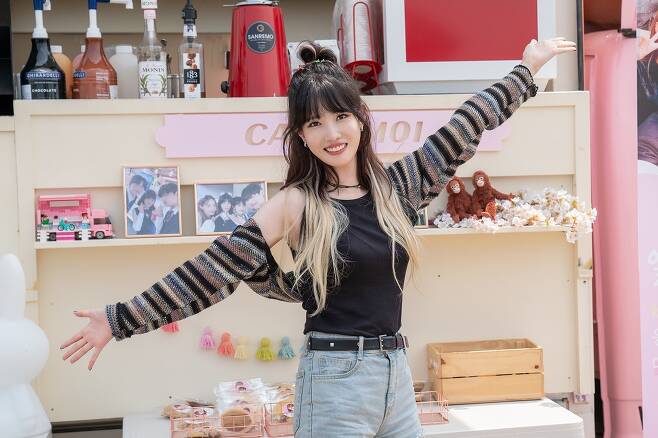 Yang Hye Ji also revealed that she is in a group chat with the sculpture department’s F4 (flower four), which consists of herself as well as Han So Hee, Lee Ho Jung, and Yoon Seo Ah. She shared, “When the drama began, we gathered to watch together. Since there were actually a lot of scenes of the four of us together, we got very close.”

Watch Yang Hye Ji in “Live On” below:

Yang Hye Ji
Nevertheless
How does this article make you feel?