Go Hyun Jung and Shin Hyun Been’s upcoming JTBC drama “Reflection of You” will be premiering in October!

“Reflection of You” is about a woman who is devoted to her desires and another woman who loses the light in her life due to the other. The drama will be about the affair, betrayal, corruption, and revenge that follows their meeting and stars Go Hyun Jung, Shin Hyun Been, Kim Jae Young, and Choi Won Young.

Although the drama is based on a novel of the same name by writer Jung So Hyun, “Reflection of You” will be a new type of drama and will be penned by scriptwriter Yoo Bo Ra of “Secret,” “Snowy Road,” and “Just Between Lovers.”

Go Hyun Jung will be playing the lead role of Jung Hee Joo, who grew up in poverty but now lives a successful life as an artist and essay writer after creating a happy and well-off family. Although she lives an enviable life, she still harbors feelings of emptiness about the time that has passed. Since this is Go Hyun Jung’s first time starring in a drama in approximately two years, anticipation is high for her upcoming portrayal.

The production team shared, “We thought of Go Hyun Jung first as the actress who could best portray the strong and complex inner feelings that the lead character Jung Hee Joo possesses.” 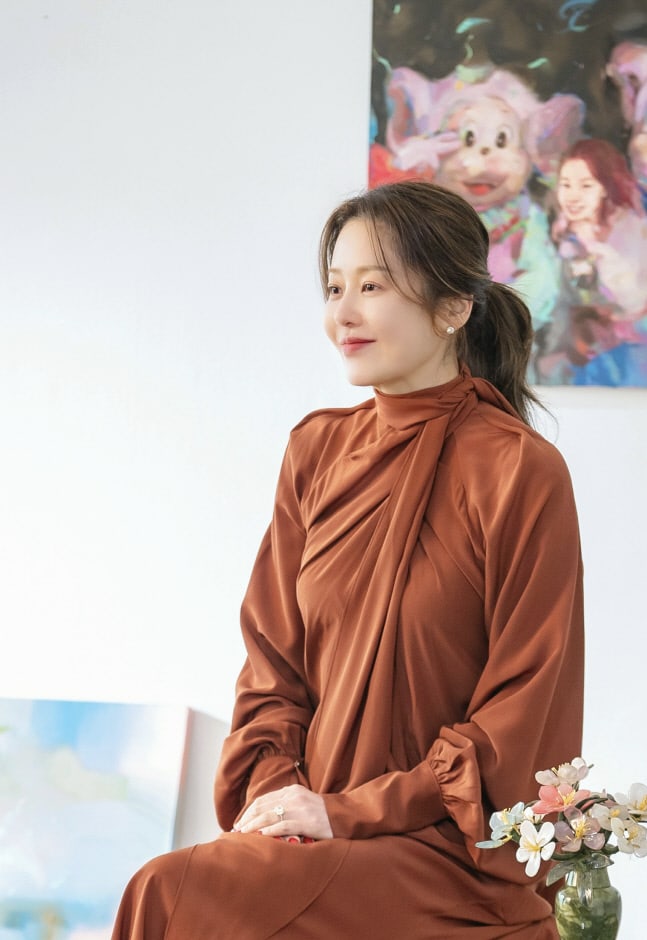 Shin Hyun Been will be playing the other leading character Goo Hae Won, who grew up with beautiful youth. However, she is deeply hurt from her meeting with Jung Hee Joo, and she discovers that the wound only continues to fester as time passes. Viewers are curious to see how Shin Hyun Been will portray a character who once shined brightly while harboring a dream but eventually becomes miserably destroyed.

Kim Jae Young will play Seo Woo Jae who follows in the footsteps of his genius father who is a sculptor. He enters art school and also becomes a sculptor, but his looks always become more of a hot issue than his talent. Seo Woo Jae is an anxious character with a lonely soul.

Choi Won Young takes on the role of Jung Hee Joo’s kind and sentimental husband Ahn Hyun Sung, who is the chairman of Taerim Foundation’s hospital and middle school.

“Reflection of You” will premiere in October.

In the meantime, watch Go Hyun Jung in “My Lawyer, Mr. Joe 2” below:

Kim Jae Young
Choi Won Young
Go Hyun Jung
Shin Hyun Been
Reflection of You
How does this article make you feel?