“Lovers of the Red Sky” sets aside court politics and intrigue to focus more on our painter and astrologer who’ve reunited after 19 years. Both are instantly smitten with the other for vastly different reasons. But the shadow of Ma Wang continues to haunt our young lovers, and as it turns out, he isn’t the only deity around.

Here’s what we thoroughly enjoyed in this week’s episodes!

What’s fun about the reunion between Ha Ram (Ahn Hyo Seop) and Hong Chun Gi (Kim Yoo Jung) is that it isn’t borne out of a great misunderstanding or a great mistake, as is so often the case with sageuks (“Love in the Moonlight,” “The Tale of Nokdu,” and so forth). They don’t antagonize each other at first sight but immediately form a connection. This, of course, only serves to hint that we’ll get our fair share of angst in the future once Ma Wang’s role in their respective sight and sightlessness comes in to play, but for now, it’s just plain adorable.

From the very beginning, Ha Ram has noticed the similarities between Chun Gi (Kim Yoo Jung) with the blind girl he met all those years ago. Once he has this confirmed, he only grows more fascinated with her as a person and how she came to be able to see. What’s so delightful about Ha Ram’s character is that he isn’t a standoffish person. As delicious as those male leads can be, some of their antics can be on the more troubling side. Ha Ram seems to save that side of him for plotting intrigue. In front of Chun Gi, he’s all quiet smiles and petty revenge when anyone dares mock her. A ripped gentleman scholar with a dark side. What’s not to love!

Prince Yangmyung (Gong Myung) is the perfect foil to Ha Ram because he does everything a traditional rom-com male lead would do.

He’s incredibly full of himself, talks down to Chun Gi (because he truly doesn’t know better), and earnestly makes fun of her because he really doesn’t get why he shouldn’t. Naturally, she’s far from impressed, thinks he’s an idiot, and they have a grand misunderstanding of a first meeting. In another show, this would have been a sign that they’re meant to. In this one, it signals that Prince Yangmyung is in desperate need of a reality check, and Chun Gi is not interested in giving it to him.

Yangmyung seems to have little significance to the political maneuvering in the background, but with Crown Prince Juhyang (Kwak Si Yang) on the warpath and hunting for allies, it remains to be seen if his definitely-not-happening romance with Chun Gi might tip him one way or the other.

Right when it seems that Ma Wang and Samshin (Moon Sook) were the only gods in play, we meet Ho Ryeong (Jo Ye Rin), the spirit of Inwang Mountain. A blue-eyed white tiger, and occasionally a human girl, Ho Ryeong has power over the mountain and, to some extent, the land the palace is situated on. Given the way she quickly ties up Ma Wang, it seems they’re of equal strength. There’s no doubt she’ll be an important figure in the battle to come.

But there’s another equally mysterious figure that arrives toward the end of episode 4, who seems to be a deity in some sense. 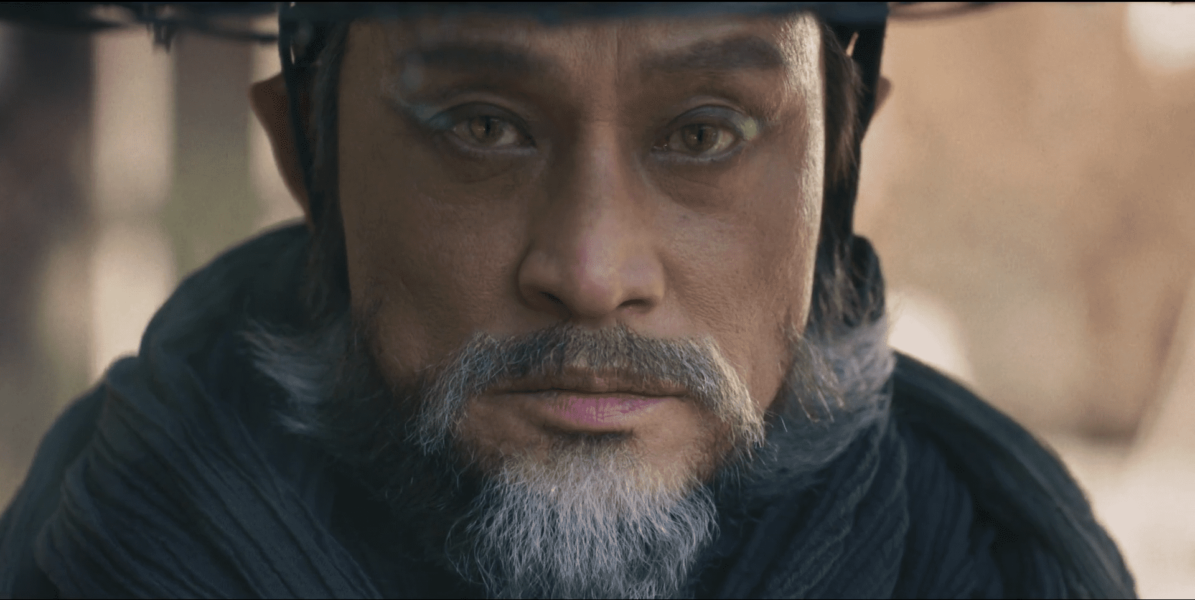 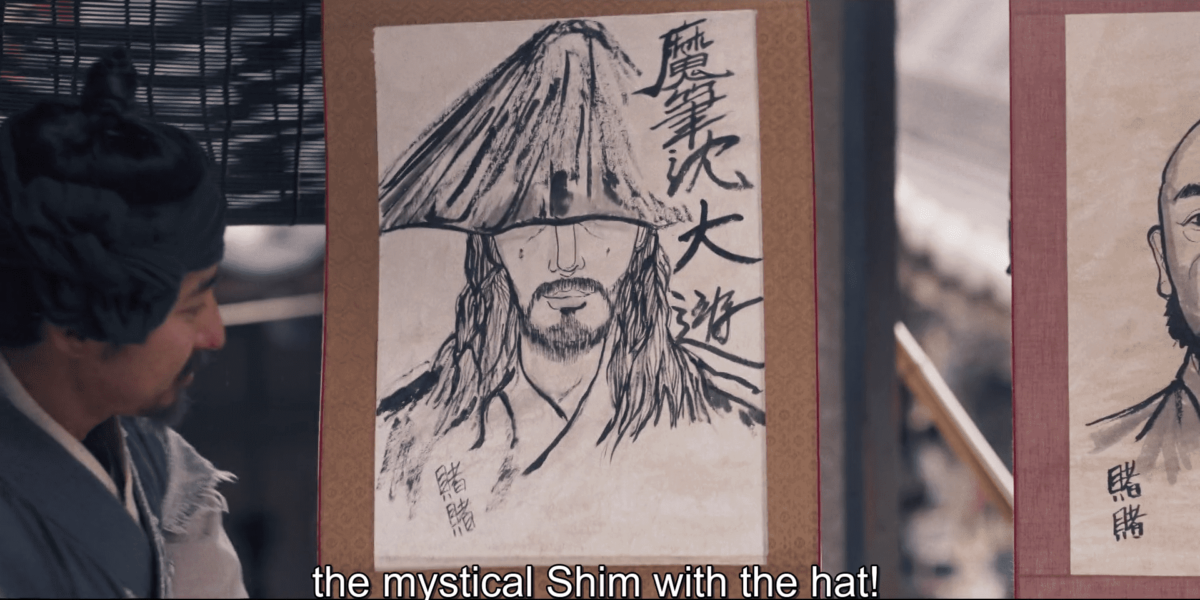 Could this be the mysterious Shim with a hat famed for being a great painter? If so, why did he commission a painting from Chun Gi? There’s clearly so much more to the mythology of this drama than just good and evil, and it’ll be exciting to see just how it all comes together.

What better way to bring our good guys, our bad guys, Chun Gi, and Prince Yangmyung together than to hold a painting contest? This felt a little like Cinderella’s ball with poor Chun Gi locked in the shed by Choi Won Ho (Kim Kwang Kyu), the head of the Baegyu Painting Institute, and forced to complete paintings instead of being able to compete. But with the arrival of the mysterious stranger in a hat (her fairy godmother?), Chun Gi’s able to escape and race in time to the contest where she bumps into her Prince Charming. Oh that’s too fun.

But what is to come promises to be just as entertaining: Chun Gi will likely have to face famous painters from other cities and combat them in various challenges. Yangmyung might recognize her signature butterfly and out her as the counterfeit painter. And unknown to Chun Gi, the contest is a front for selecting the painter to handle the king’s portrait. She’ll be right in the middle of Ha Ram’s double life as Il Wol Seong and Juhyang’s one-man Shakespearean villain show.

This is just as well because for a drama titled Hong Chun Gi (Korean title), very little of the drama has actually focused on her as a person. We’ve seen her talent for painting, her ability to get into and out of trouble, her attraction to Ha Ram, and her love and concern for her father, but the rest of the show thus far has drawn us more toward Ha Ram. No doubt, he’s a great character in his own right who seems to use his blindness and quiet demeanor to hide a razor-sharp mind that’s built a network of spies everywhere. He has a fascinating relationship with the king, whom he seems to revere but also resent. Plus there’s all the upcoming angst with the truth of what happened to his sight. There’s much to mine there. But Chun Gi remains comparatively underdeveloped. It’s a shame because Kim Yoo Jung is definitely capable of handling more complex roles.

Nevertheless, with 12 episodes to go, there’s hope that Chun Gi will gain more control of her narrative. Her impassioned outburst to Choi Won Ho that he allows women to join the Painting Institute but refuses to let them compete hints that we might start seeing a little more to our plucky painter. Plus, Samshin hints that Chun Gi will be instrumental to creating a bowl that will seal Ma Wang, so the gods clearly have big plans for her!

Alas, there is no preview for next week’s episodes, but moments like this will surely tide us all over until Monday.