After a preemptive week, “Lovers of the Red Sky” is back and serving up a hefty dose of romance with a dash of palace intrigue. Prince Juhyang (Kwak Si Yang, who really needs a lead role) is on the warpath, determined to take the throne for his own and punish all who stand in his way be they Hong Chun Gi (Kim Yoo Jung) or his own brother Prince Yangmyung (Gong Myung). We pick up where we left off with Chun Gi falling prostrate before Juhyang who seeks to punish her for her father’s mistake. But when Ha Ram (Ahn Hyo Seop) and Yangmyung both step in to rescue her, they realize the other’s depth of feelings for Chun Gi. And thus begins a battle of affections.

Here are some of the presents the boys offer Chun Gi this week. 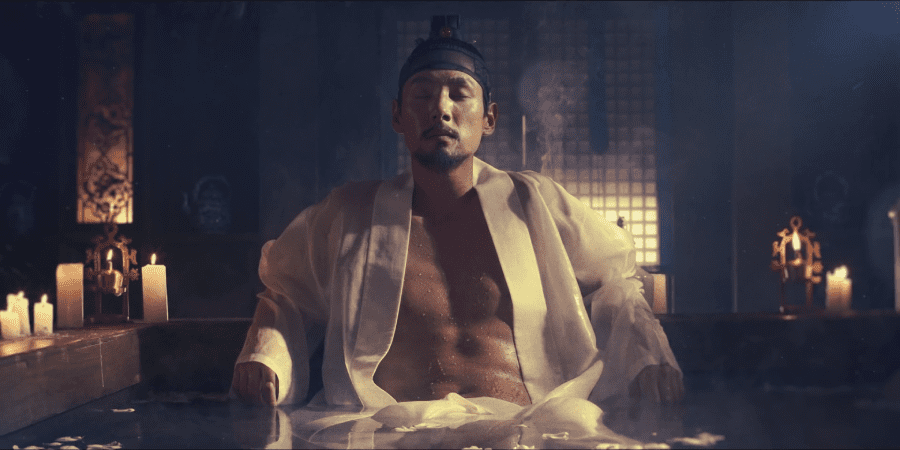 Ha Ram isn’t fooling anyone when he offers Juhyang the 300 seoks of rice in exchange for sparing Chun Gi. Both Yangmyung and Juhyang gape at the staid scholar uncharacteristically getting involved in a matter between princes. Only Juhyang’s suspicion of Ha Ram harboring Ma Wang allows Ha Ram to go unscathed. Chun Gi sees it only as a transaction for the price of her life, but it is so much more.

Ha Ram willingly puts himself in Juhyang’s debt to rescue Chun Gi. The result is that he now owes Juhyang a favor, which the prince wastes no time in collecting. Called to a meeting with Juhyang, Ha Ram finds a blade to his neck. Juhyang is able to procure from Ha Ram’s blood in the process, which allows Mi Su (Chae Gook Hee) to not only determine that Ma Wang resides in Ha Ram but also awaken Ma Wang, resulting in this week’s cliffhanger.

All in all, a hefty price to pay to save the girl he loves!

2. A whole box of cheongsimwon

Not to be outdone by Ha Ram, Prince Yangmyung strikes at one of Chun Gi’s core traits: her love for her father. Offering to take care of her father such that Chun Gi can enter the Painting Bureau, he gives her not just one cheongsimwon but a whole box. Whether the medicine will truly ease her father’s pain remains to be seen. However, the fact that he encourages her to pursue her dreams (because it means she’ll be at the palace and near him) and voluntarily takes care of her father (so she can pursue her dreams and be near him) is commendable. Yangmyung’s motives aren’t entirely pure-hearted, but whose are when in love? He endearingly still thinks he’s the main character, but there’s something about his earnestness that would make him a great friend to Chun Gi. Because she really isn’t interested in more.

3. An umbrella and a heart-to-heart 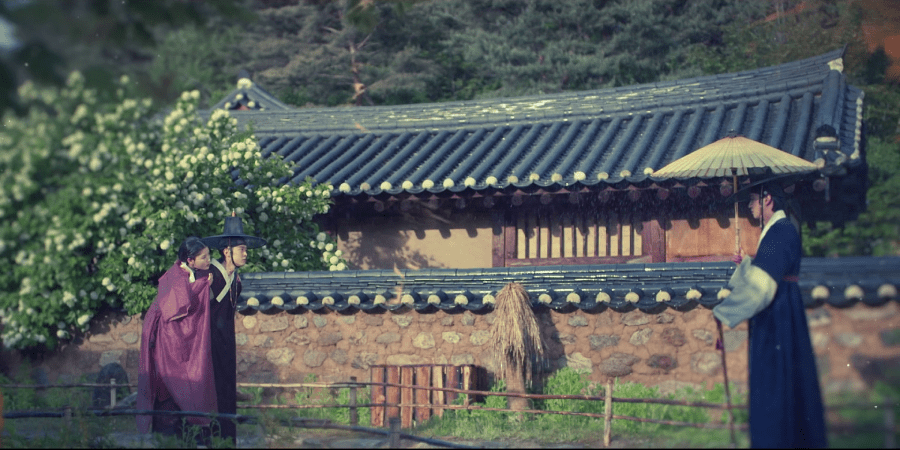 Samshin (Moon Sook) gets involved again, ensuring that Chun Gi’s path takes not to Prince Yangmyung’s home but to Ha Ram’s. There’s a question of just how much of the young lovers’ actions are their own as there’s so much godly influence here. It’s a topic the show addresses when Chun Gi wonders if human fates are set in stone, and Ha Ram comments that it’ll take much effort to change it. While these remarks are undoubtedly meant to prepare us for the angst to come, they do place some of the characters’ actions in question when fate seems to dictate everything.

Mistakenly entering Ha Ram’s home, Chun Gi promises to protect Ha Ram and pretend not to know him if he really wishes for it. Moved, Ha Ram tears up as she leaves and realizes that it’s pouring outside. Good old Prince Yangmyung wonders where Chun Gi is, and upon finding her, decides that a piggyback, not shelter, is exactly what she needs. It’s an amusing moment because a piggyback ride would be romantic during any moment but right then. Plodding through the rain on a man’s back isn’t the most exciting thing in the world, as the poor girl just wants an umbrella.

Which is, of course, when Ha Ram appears with one.

He curtly tells our baffled prince that Chun Gi had an appointment with him first. The umbrella versus the piggyback ride is a great illustration of the differences between the two men and the fact that it isn’t that Prince Yangmyung is a bad person (as of episode 8 at least) but that he simply isn’t the right fit. He’s a piggyback in the rain, and Ha Ram’s an umbrella.

That Ha Ram follows up the umbrella business with a genuine heart-to-heart with Chun Gi, explaining why he can’t be with her (for the most part, minus the political intrigue bit), which is the icing on top.

The Palace features front and center in the boys’ next battle. Chun Gi’s a member of the Painting Bureau, but the real purpose behind her being brought to the palace is to restore King Seonjo’s portrait. To avoid gossip, Chun Gi’s day job is to restore maps at Seomungwan, the palace astronomy department. Her night job is to restore the portrait via chusa, where King Seonjo will be described to her, such that she can draw him. (How is this poor girl getting any sleep?)

Chun Gi is assigned a supervisor for her day job and someone who’ll describe King Seonjo’s features for her night job. Naturally, these are the boys. Ha Ram watches over her during the day, and Yangmyung makes eyes at her at night. But it’s telling that Chun Gi’s reaction to Ha Ram watching her is very different from that to Yangmyung’s overseeing. She’s comfortable with Ha Ram supervising her but visibly awkward around Prince Yangmyung. With both men competing out in the open, let’s hope that Prince Yangmyung takes a hint soon. She’s not even the slightest bit interested in him, and while his escapades are hilarious, they could easily turn grating if he keeps it up for too long.

The men aren’t the only ones bending over backwards for Chun Gi. She pours herself into a painting in repayment to Prince Yangmyung for his kindenss in taking care of her father. It’s adorable.

Next week teases the aftermath of Ha Ram’s transformation as Yangmyung and Chun Gi start to discover that they’re in a fantasy and not just a sageuk romance. Ha Ram has some understanding of what’s happening but still doesn’t know who Ma Wang even is.

Chun Gi’s father recovers enough lucidity to warn her not to restore the painting as Juhyang begins his attack. With a calmer couple episodes this week, it looks like the coming episodes will be quite tense!