“Lovers of the Red Sky” returns after that cliffhanger last week. Ha Ram (Ahn Hyo Seop) starts to notice that there may be something wrong with him, or rather within him, as Hong Chun Gi (Kim Yoo Jung) and Prince Yangmyung (Gong Myung) come to the same startling realization, albeit in different ways.

The mythology of the show comes out in full swing with gods, seers, and scheming villains all against each other. Battle lines are drawn, and the stage is set for our young lovers to come together, and fall apart.

Here’s what we loved about this week’s episodes that set the stage for the battle to come!

Despite all the time we’ve spent getting to know the mythology of this world, its main characters have little idea of the forces playing out around them. This week, Chun Gi finally gains insight into that world when Samshin (Moon Sook) opens her eyes to a whole new world of gods and demons.

Seeing Ma Wang for the first time was terrifying enough, but Chun Gi appears to rationalize it away as some sort of fit. But she can no longer do so when she finds that she’s able to see Ho Ryeong (Jo Ye Rin), the tiger spirit of Mount Inwang. Suitably bewildered by the girl who appears out of nowhere and disappears back into it, she starts to suspect that there’s something greater afoot, a suspicion that only crystallizes once she witnesses Ha Ram transform into Ma Wang for the second time.

What’s a little troubling about Chun Gi’s spiritual vision is that Samshin seems to be developing it so Chun Gi will make the vessel that is to seal Ma Wang away in a battle that is bound to be catastrophic on a political and emotional level. At all times, Samshin has treated Chun Gi more like a tool that is to accomplish a task than a person. Even Ho Ryeong tells Chun Gi to just forget Samshin and the demon and just live. But knowing Chun Gi, there’s no way she’ll do that.

If there’s one thing that can be said about Samshin, it’s that she’s a master planner. Those seemingly innocuous paintings in the previous episode and throwaway lines regarding the extent of Ho Ryeong’s power start to tie in as Ma Wang makes his first appearance in the palace.

Coming forth from her painting within Seomungwan (the Astrology office), Ho Ryeong (who derives her power from Mount Inwang, in whose shadow the Palace sits) is able to seal away Ma Wang before he can wreak havoc. Good old Ma Wang attempts to try again at Ha Ram’s home, and guess who’s waiting there? Ho Ryeong, this time in the painting Chun Gi had initially drawn for Prince Yangmyung, but which ended up in Ha Ram’s hands after Samshin sent poor Chun Gi in circles.

The gods clearly know what they’re doing and have carried it out thus far with nary a misstep, almost like they know how this is going to play out. This ties back into Ha Ram and Chun Gi’s discussions that fate is almost set in stone but that human effort can change it if they try hard enough. And trouble certainly seems to be brewing in Ha Ram’s quarter. 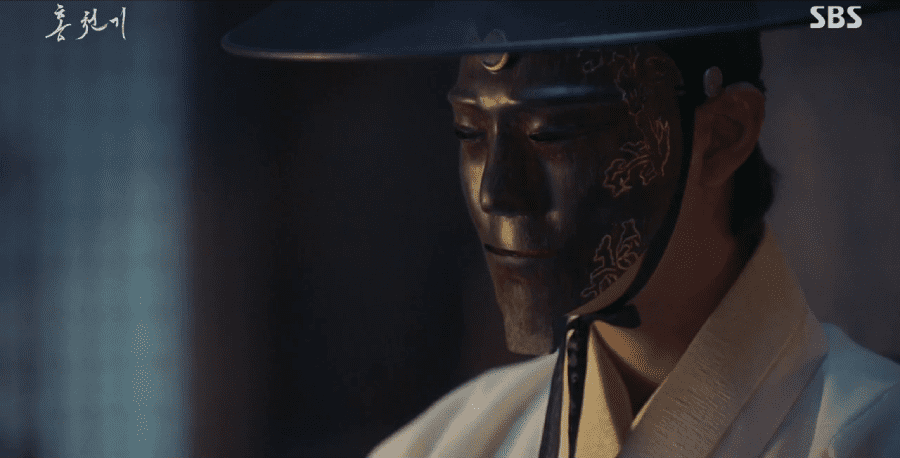 Ha Ram’s endgame is clearly the destruction of the royal family to avenge his father’s death. But just how far is he prepared to go? Despite his initial antagonism of Grand Prince Juhyang (Kwak Si Yang is ridiculously good-looking in this role and in general) and them all but playing hide-and-seek with each other, Ha Ram abruptly joins him. Why? He went through so much trouble to antagonize Juhyang to the point of leaking that he was Ilwolseong only to meet with him, all but confirm that he really is a super spy, and then volunteer to join with him. As far as tactics go, they’re pretty unconvincing.

Oddly enough, Juhyang seems to buy Ha Ram’s sudden shift in loyalty and his thinly-veiled insinuation that Juhyang should kill Yangmyung. Whether this is because he’ll do just about anything to get at the demon in Ha Ram’s body remains to be seen. 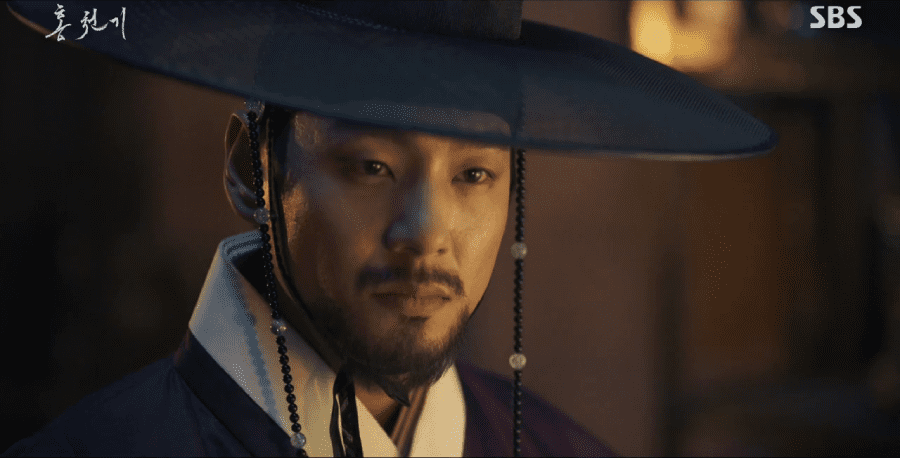 What’s equally surprising is that Ha Ram just advocated for killing Prince Yangmyung. It doesn’t seem to be a ruse either because he thinks to himself that this’ll ensure the destruction of the royal family once and for all. But Yangmyung, for all his denseness, has been good to Ha Ram, and the two boys (despite their present rivalry over Chun Gi) appeared to be good friends. It’s strange to see a man busy playing gentleman scholar in one moment to turn into a cruel mastermind in another. The two sides aren’t merged well enough for us to see them as one person, so the transition feels jarring and out of character. Will Ha Ram really stop at nothing for revenge? Is he coldhearted enough to toss an innocent friend of so many years to the wolves just so he can destroy the royal family? Only time will tell. 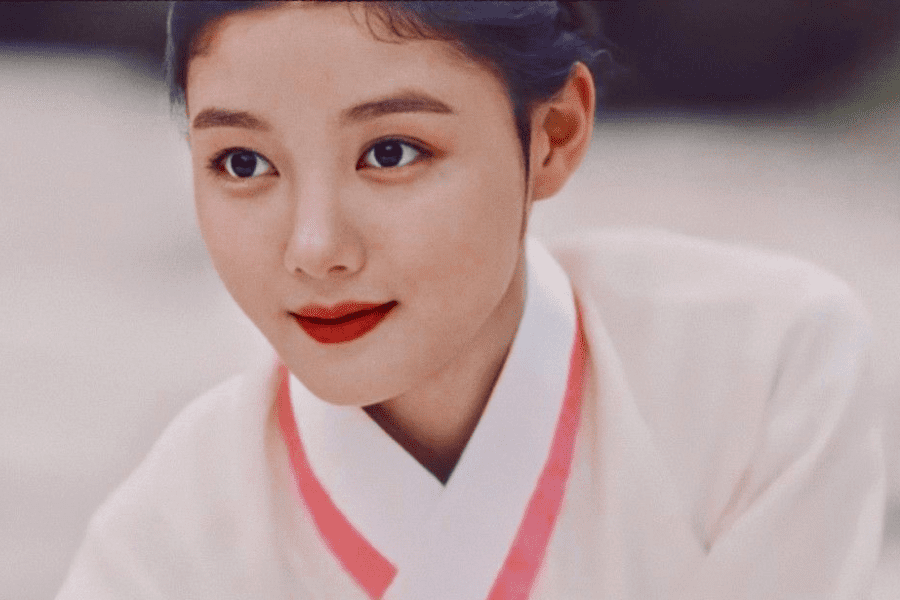 Chun Gi remains shortchanged in the writing department, with all the juicier conflicts given to the boys. Prince Juhyang has his violent fantasy-political drama, Ha Ram has his revenge melo, and Yangmyung has his bildungsroman (because he really is immature). Thus far, Chun Gi has only had a plucky Candy-ish storyline, which is why it’s gratifying when she, secret divine portrait painter extraordinaire, decides that she’s absolutely not going to do anything of the sort and risk going mad the way her father did. 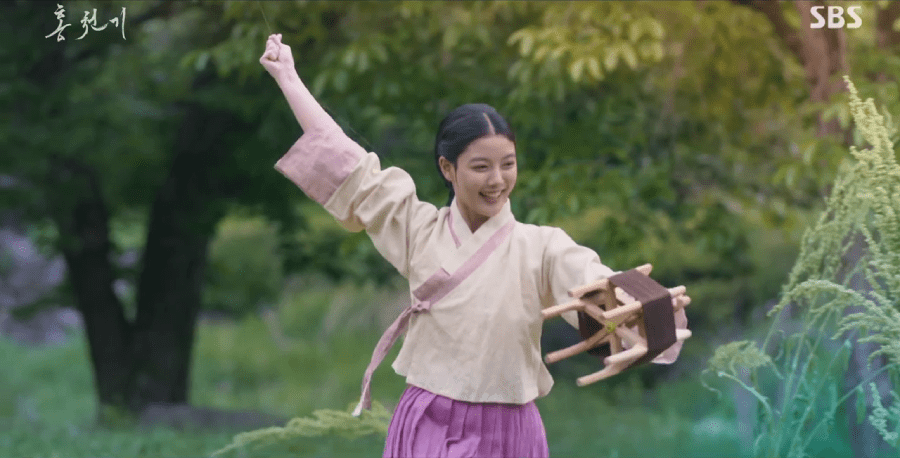 It finally felt like Kim Yoo Jung was getting some meat to work with as she debates the merits of performing a heroic task for the royal family, for the country, at the cost of her health and sanity. She weighs both options and firmly picks herself over all prestige. But that was before she knew that Ha Ram was involved. It is a little less gratifying to watch her immediately change her mind and decide to risk insanity so that Ha Ram can be free of Ma Wang.

Even Ha Ram spent a few episodes being conflicted over whether he could be with Chun Gi while seeking revenge (and the man’s having his cake and eating it right now). The tension would have been so much more delicious and made for a great character beat if Chun Gi actually took the time to consider whether she’s prepared to sacrifice everything: her painting ability, her sanity, all her achievements thus far, for the sake of a boy she met for one day nineteen years ago and still barely knows now. But perhaps that dilemma will rear its head in the forthcoming episodes, because the love triangle finally hits its climax as Yangmyung arrests Ha Ram in this week’s cliffhanger.

5. Both the boys confess

Ha Ram’s confession felt a little out of the blue. One moment, they were flying kites, the next, he was pretty much proposing. These two seem to be moving at the speed of light. Having gotten the go ahead, Chun Gi gets pretty bold, all but inviting herself to stay overnight at his residence (and almost dying) and treating herself to a very flustered Ha Ram the next day.

What follows is peak comedy as Ha Ram tries to hide his very see-through pajamas and only succeeds in dropping his pants. Thankfully, our girl is not above sneaking a peek (and who can blame her!). Moo Young (Song Won Seok) and Man Soo (Kim Hyun Mok) are bewildered at seeing their upright, stalwart boss perform the Walk of Shame and wonder if they should get Chun Gi a binyeo (a pin worn by married women).

But while all this hilarity is going on, Yangmyung also confesses to Chun Gi, who immediately looks weirded out. He plays it off as a joke, but it might have been better to just get it off his chest because his one-sided crush isn’t going away, and her interest really isn’t growing. It remains to be seen just what Yangmyung thinks he can gain by staying silent, but things come to a head when he warns Ha Ram away from Chun Gi to protect her from Ma Wang. Ha Ram intends to do just that but has one last date with her and gives her a final way out, a ticket out of the country, where she can leave behind Ma Wang, be a divine painter, and won’t have to deal with the danger of being around him. It’s a noble decision that she immediately rejects, when Yangmyung pops out of the woodwork and suddenly arrests Ha Ram for the deaths of the guards carrying his palanquin the day he first turned into Ma Wang. 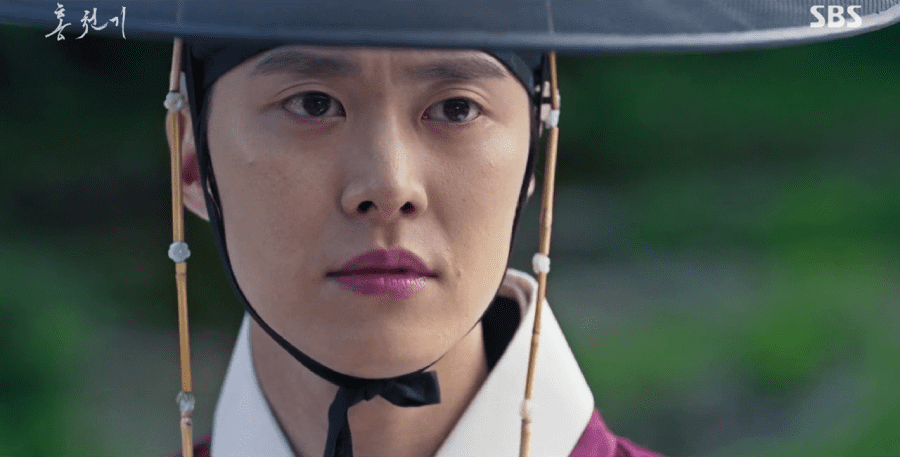 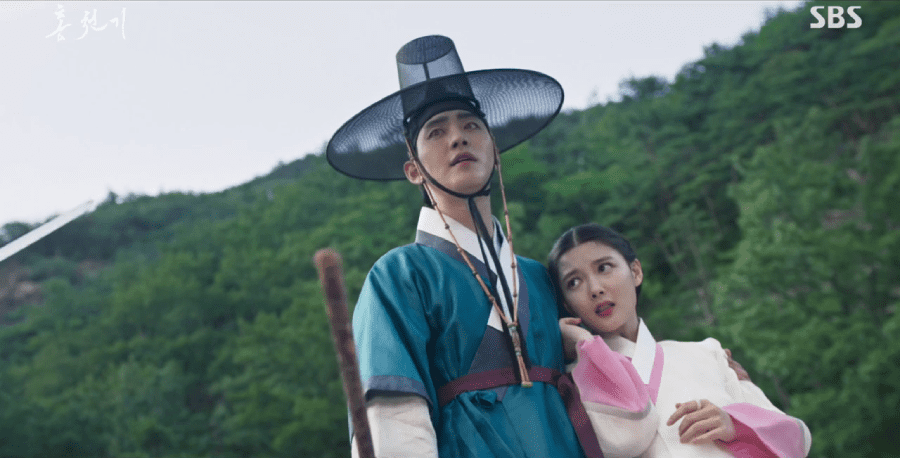 It really isn’t clear where the motivation for this is coming from. Anger that Ha Ram went to see Chun Gi? If so, that’s really petty of him. A desire to protect Ha Ram? Only next week will tell!

The preview shows Ha Ram in jail and Chun Gi stoically deciding to go through with the painting. With Prince Juhyang, and Samshin, and the in-fighting between the boys in play, the stage is set for our next battle. The only question is who will win.