“Lovers Of The Red Sky” Cast Shares Reasons For Joining Drama, Thoughts About The Love Triangle, And More

Kim Yoo Jung will star as Hong Chun Gi, the Joseon dynasty’s only female painter who was born blind but miraculously regains vision. Ahn Hyo Seop will star as blind astrologer Ha Ram, who is able to read the stars despite losing his sight, and Gong Myung will star as the romantic and lonely Prince Yangmyung. Kwak Si Yang will play the cruel and ambitious Prince Joohyang.

Jang Tae Yoo, whose past works include “My Love from the Star” and “Tree With Deep Roots,” talked about the process of choosing the drama’s cast. He shared, “I focused on [the actors’] chemistry and acting skills, and it is written in history that Hong Chun GI is ‘a rare beauty.’ Ha Ram is also a man whom Hong Chun Gi fell in love with at first sight. That’s why I thought long and hard, and with a lot of difficulty, [Kim Yoo Jung and Ahn Hyo Seop] came together. In addition, Prince Yangmyung appeared as the main character in other dramas before. I was determined to find someone with a princely appearance like Gong Myung, and I was able to do that after careful consideration. Prince Joohyang also appeared as the lead character in many dramas, so I casted Kwak Si Yang. I don’t think it will easy to [create] another cast like this again.”

Jang Tae Yoo also praised the cast’s amazing chemistry, saying, “On the drama set, everything seems to be going well on its own. All I need to do is turn on the camera.” 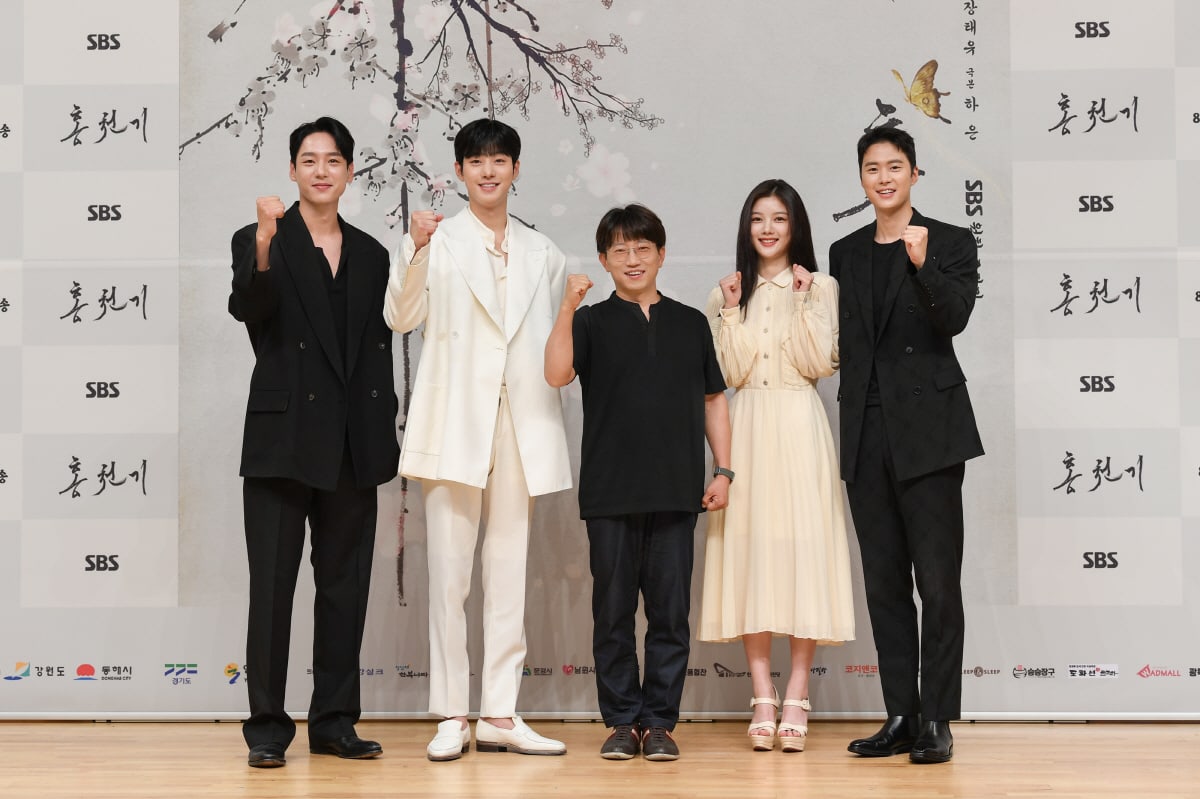 Kim Yoo Jung has appeared in various historical dramas before, including “The Moon Embracing the Sun” and “Love in the Moonlight.” The actress commented, “I don’t think [the dramas] received good responses because I did a perfectly good job. Due to those positive responses, many people fortunately think I fit well in historical dramas. I read the original novel ‘Lovers of the Red Sky’ by writer Jung Eun Gwol and enjoyed it. Also, I think Hong Chun Gi’s character has great merit. Along with [the descriptions that she’s] ‘the only woman female painter’ and ‘a rare beauty,’ there is the fact that she courageously lives on and is different from other female characters in historical dramas. I was fascinated by the way she solved some things with the other characters. Above all, it was a huge factor that I was able to work with PD Jang Tae Yoo.”

The actress continued, “I didn’t participate in a lot [of historical dramas,] and I think I am asked a lot of questions [about them] because they did well, but I made an effort to not be too trapped within the framework. When I tried to do that, there were many restrictions on speech and behavior. That was [how I could] be as natural as possible, and because the viewers live in a modern society, I think I focused on how I could express [my role well] and how they could understand [the story] easily.” 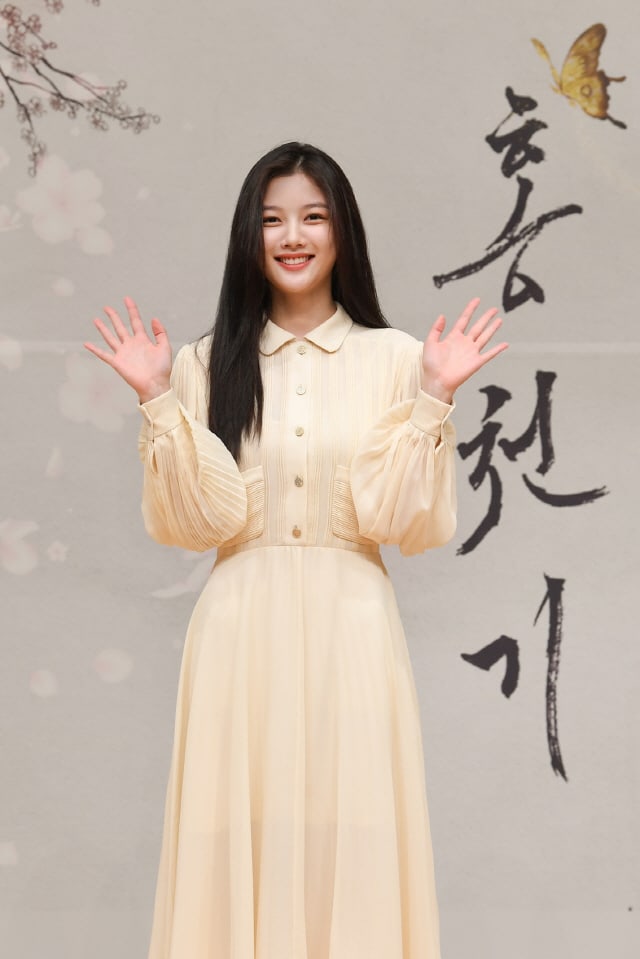 When asked why he chose to star in “Lovers of the Red Sky” as his next project, Ahn Hyo Seop replied, “It’s an honor to be able to appear in a drama that is directed by PD Jang Tae Yoo. I am also a fan of Jung Eun Gwol, and I thought it would be a challenge because of the fact that my character is blind and the story’s fantasy elements. I was worried about the pressure because I had to act as a character who couldn’t see and lived in an era I’m not from, but I stepped up to the plate with the intention of challenging myself.”

Then the actor added, “Honestly, the most difficult part was that I had to pretend like I couldn’t see. I thought that when you act, there is a certain power that comes out of your eyes, but I only had to act with sound, so that part was difficult.” 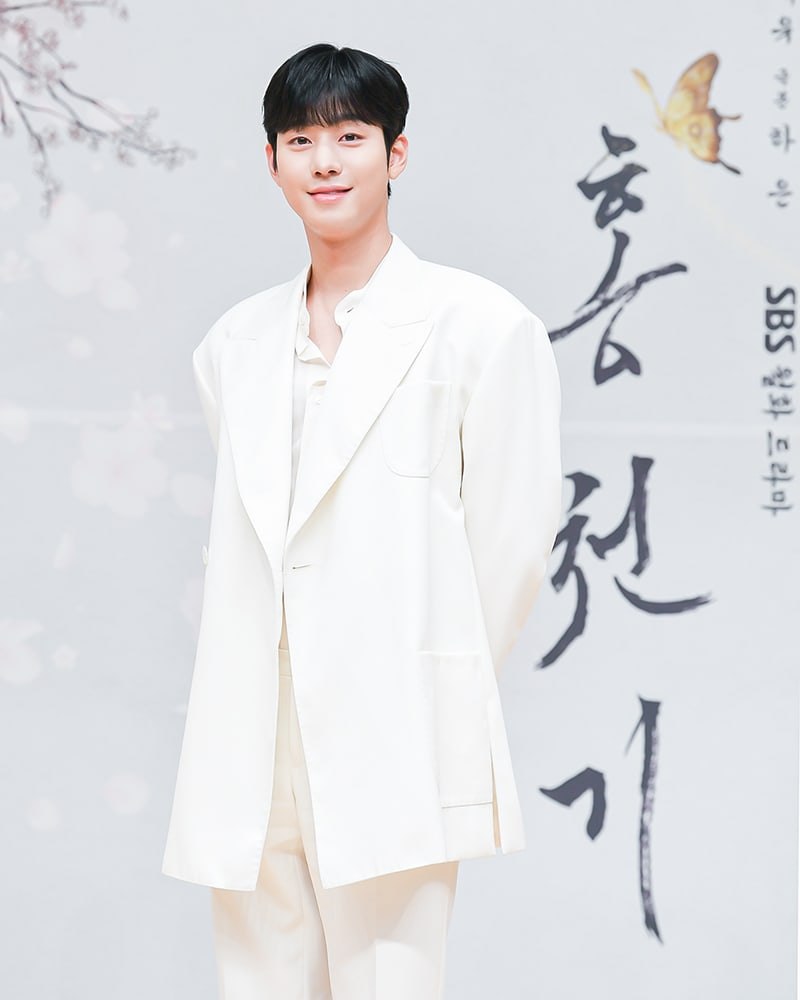 Kim Yoo Jung also talked about the love triangle between Hong Chun Gi, Ha Ram, and Prince Yangmyung. She shared, “Hong Chun Gi is strongly attracted to Ha Ram from the beginning, and the drama is actually about those two people who are destined to be together. So I think it feels more sad and melodramatic than romantic. They have some interesting elements, but viewers will be able to see bickering chemistry between Hong Chun Gi and Prince Yangmyung, who are like friends. [Their relationship] is difficult in terms of status, but that doesn’t really matter. Prince Yangmyung has a kind and nice personality, and although their relationship is a bit risky from the beginning, they get closer to each other. It’s kind of entertaining, funny, and cute.” 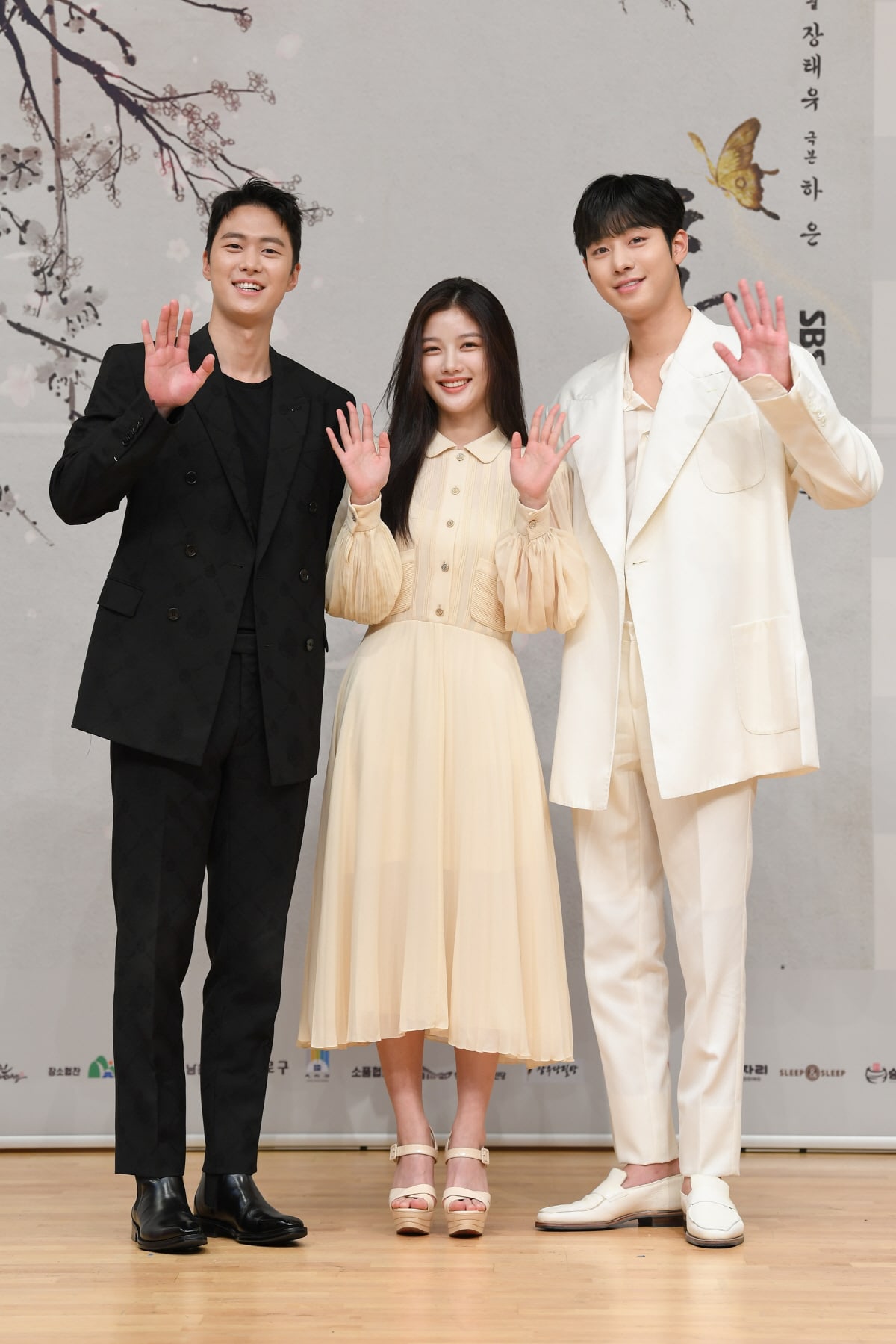 Previously, SBS’s other historical drama “Joseon Exorcist” was permanently cancelled due to a historical distortion controversy. Regarding that, Jang Tae Yoo shared that “Lovers of the Red Sky” really invested their time into historical investigation. The director explained, “Unlike the original novel, the world of fantasy was established by setting the background of the era as a virtual country. Hong Chun Gi and Ha Ram were written like the original characters, and the names of other characters who existed in history were changed to imaginary names to prevent controversy over distortion of history.”

Lastly, Kim Yoo Jung remarked, “It’s a drama that has a lot more charm than we talked about here. Many actors worked hard, and many people filmed happily together and got through the difficulties in the hot and cold weather. I hope that the viewers will watch it happily and comfortably.” 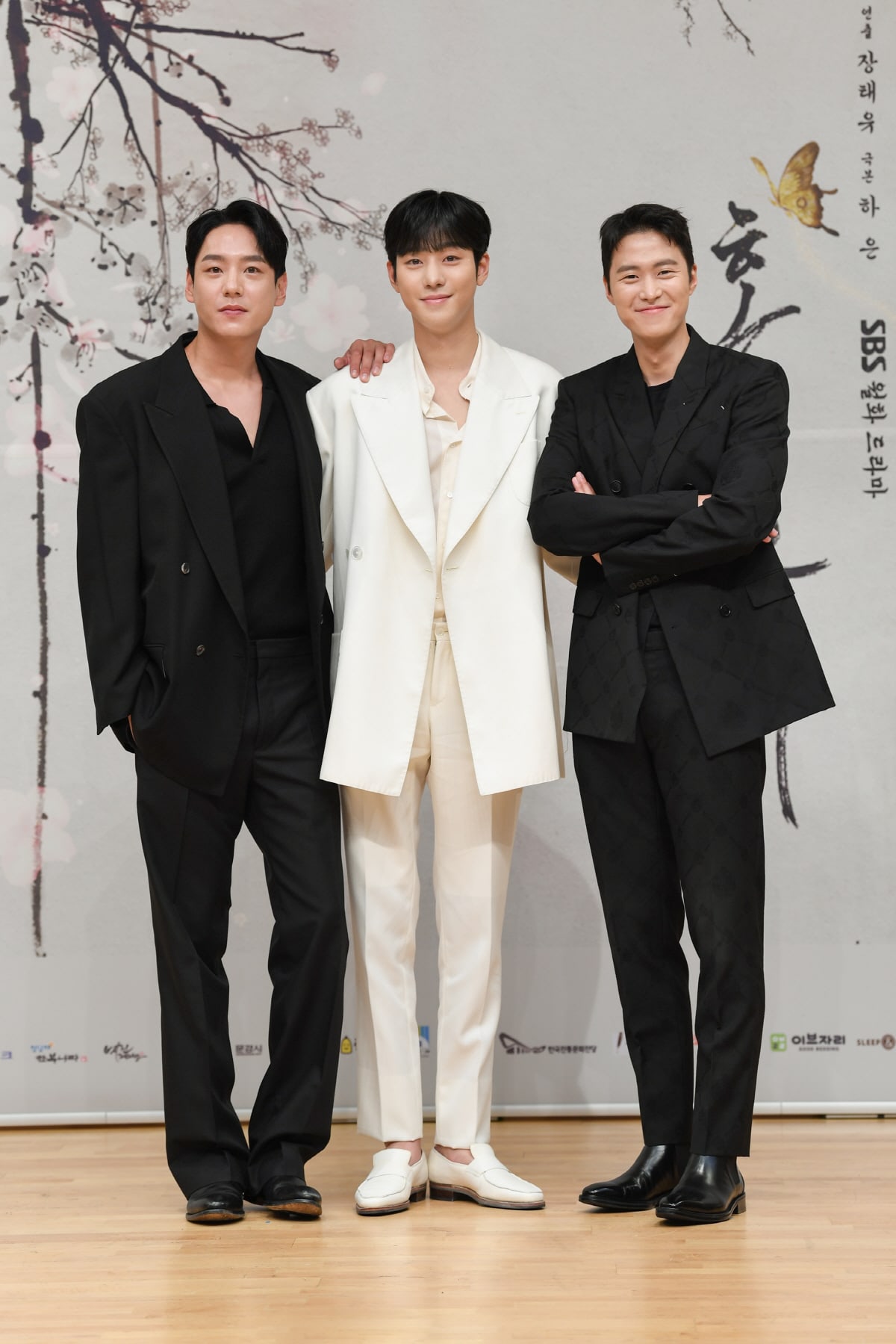