The tvN romance drama is a remake of the film “Mr. Hong” and stars Shin Min Ah as Yoon Hye Jin, a dentist who moves from Seoul to the seaside village of Gongjin. Opposite her is Kim Seon Ho as Hong Doo Shik, an odd-jobs expert who helps everyone around town. Lee Sang Yi plays Ji Sung Hyun, a variety show PD known for creating warm content about people’s everyday lives.

In the middle of viewers’ high anticipation for the drama, Shin Min Ah shared her own reason for choosing to star in “Hometown Cha-Cha-Cha.” She explained, “I wanted to try a fluffy and fun romantic comedy for the first time in a while. When I first saw the script, the plot was strong and my heart really went out to the character of Hye Jin.”

The newly released photos show Yoon Hye Jin in her new home, the unfamiliar village of Gongjin where she tries her best to adjust. At a wine bar, she cautiously clutches a shopping bag. She looks professional at her workplace and shows how perfectly she suits her gown. Hye Jin is also shown on a break during a jog, capturing her dedication to self-care while maintaining her style. 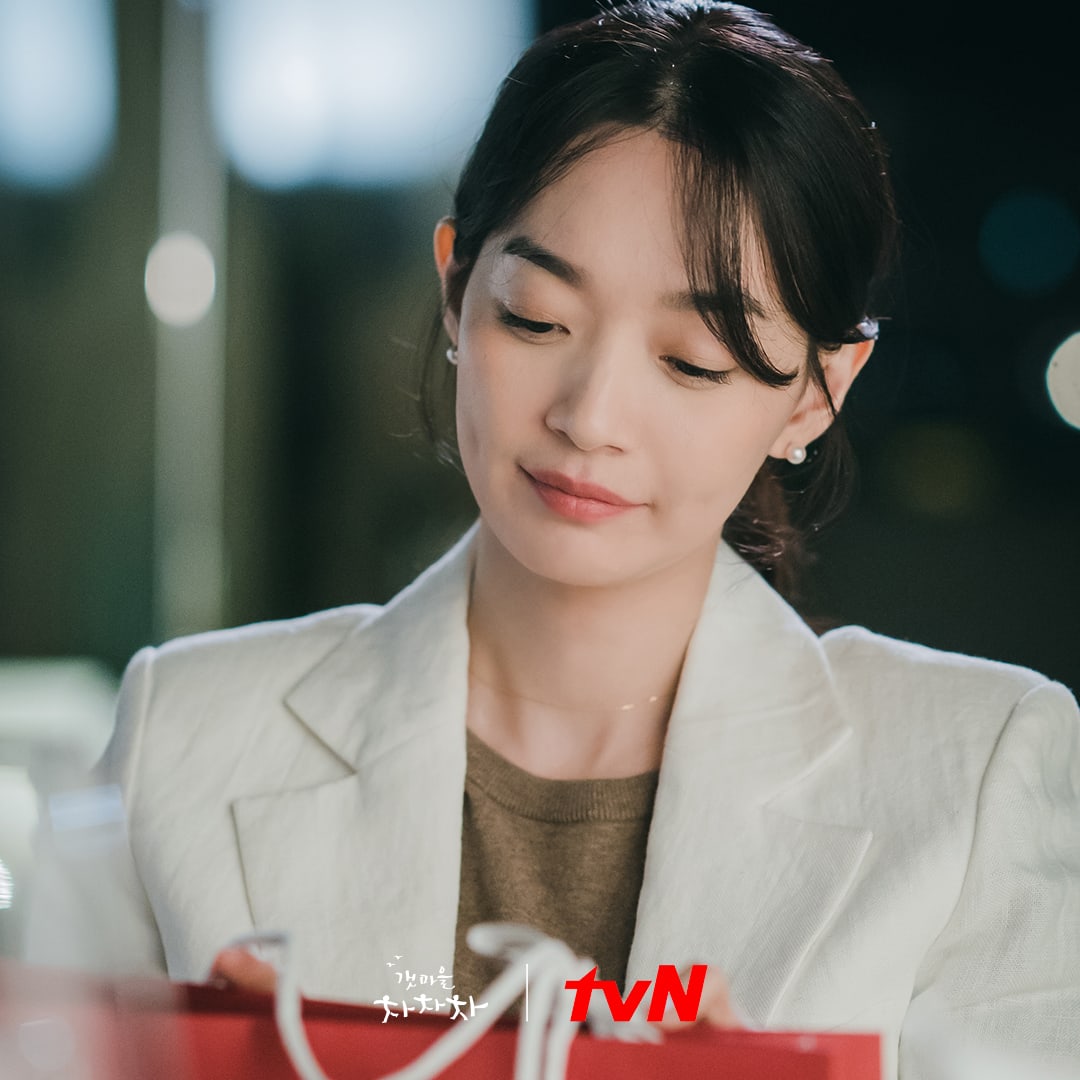 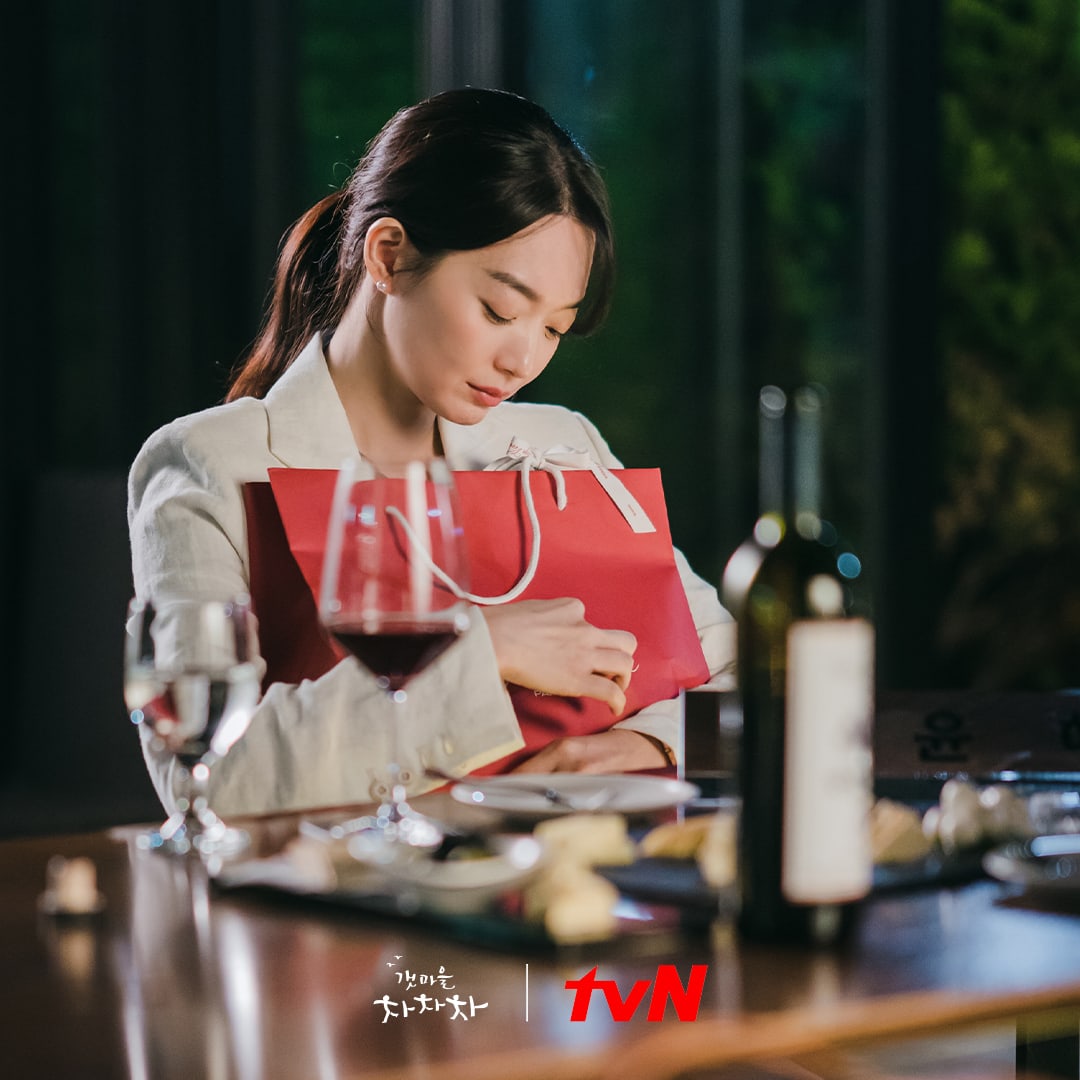 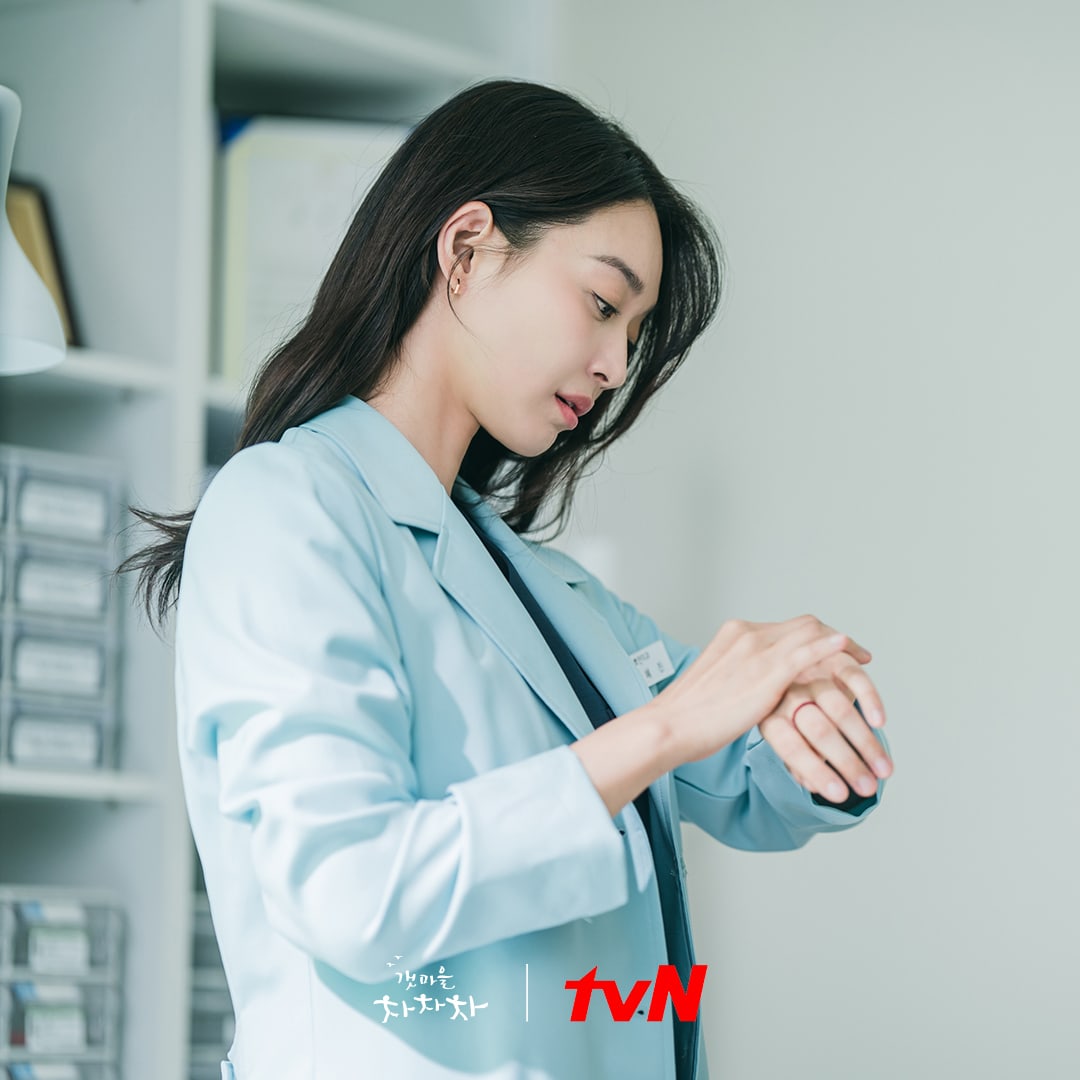 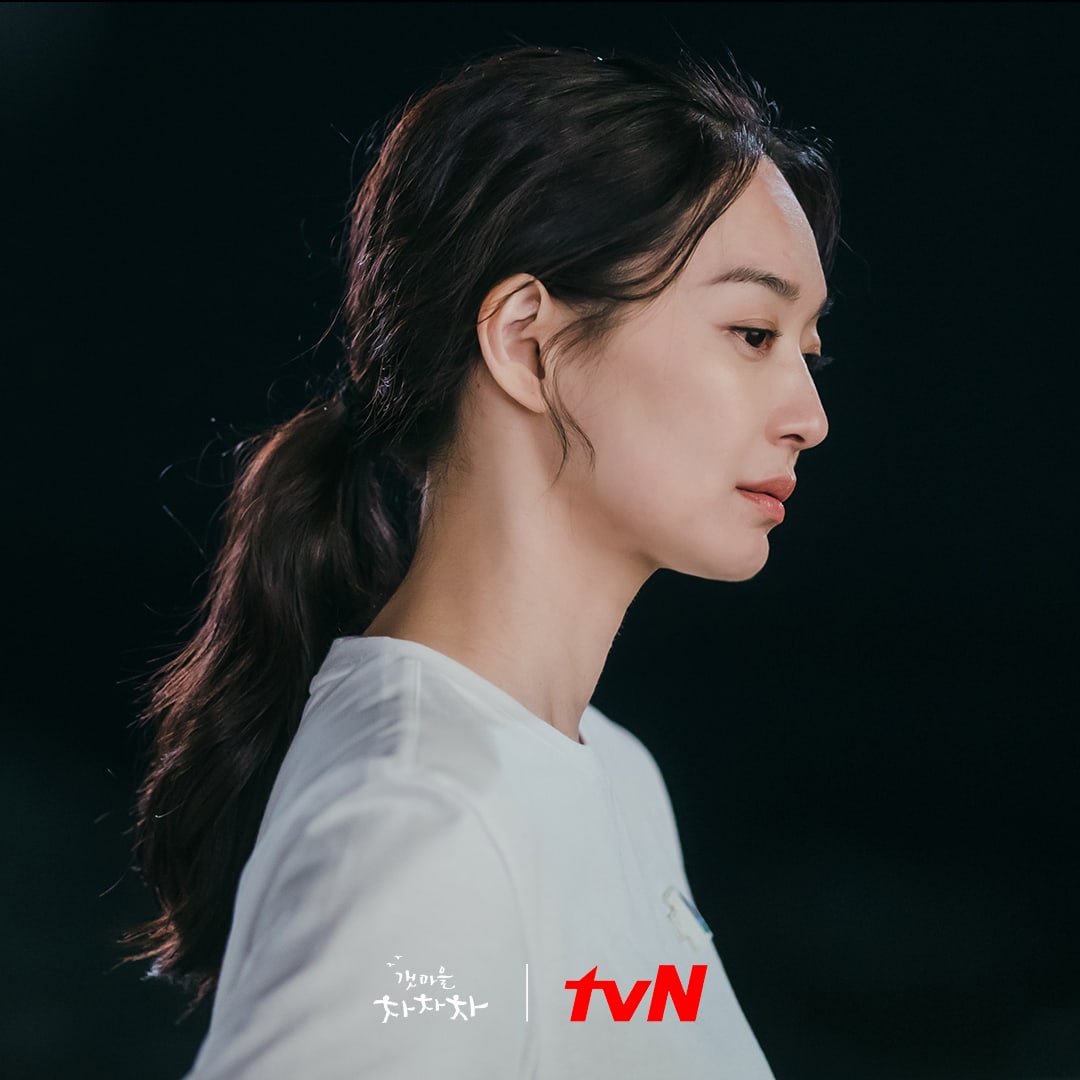 The next photos are slightly more surprising and preview her growing comfort with her neighbors of Gongjin. She rocks an apron with rubber gloves and appears exhausted from all her hard work. She’s then shown looking startled and gesturing to someone not to approach her. 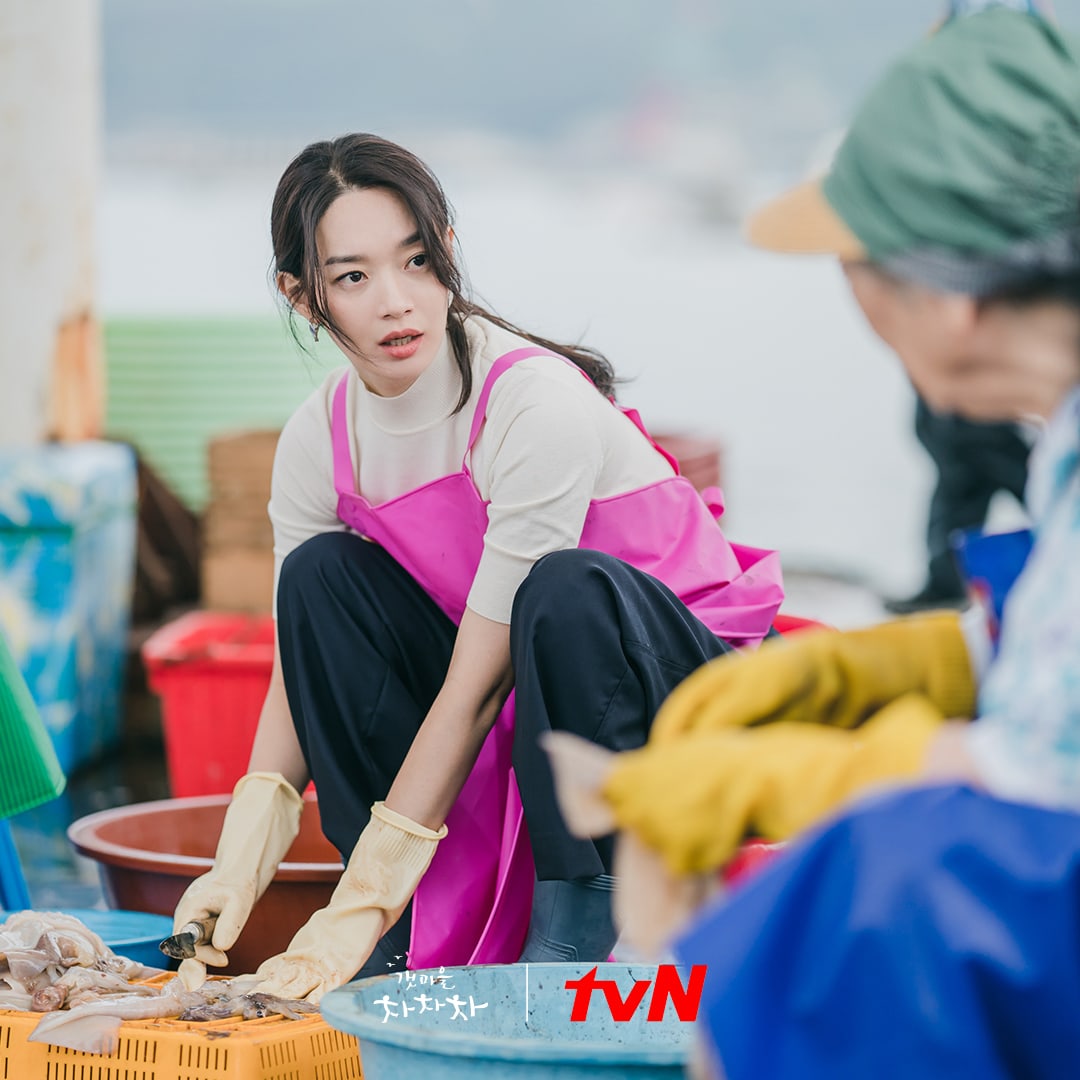 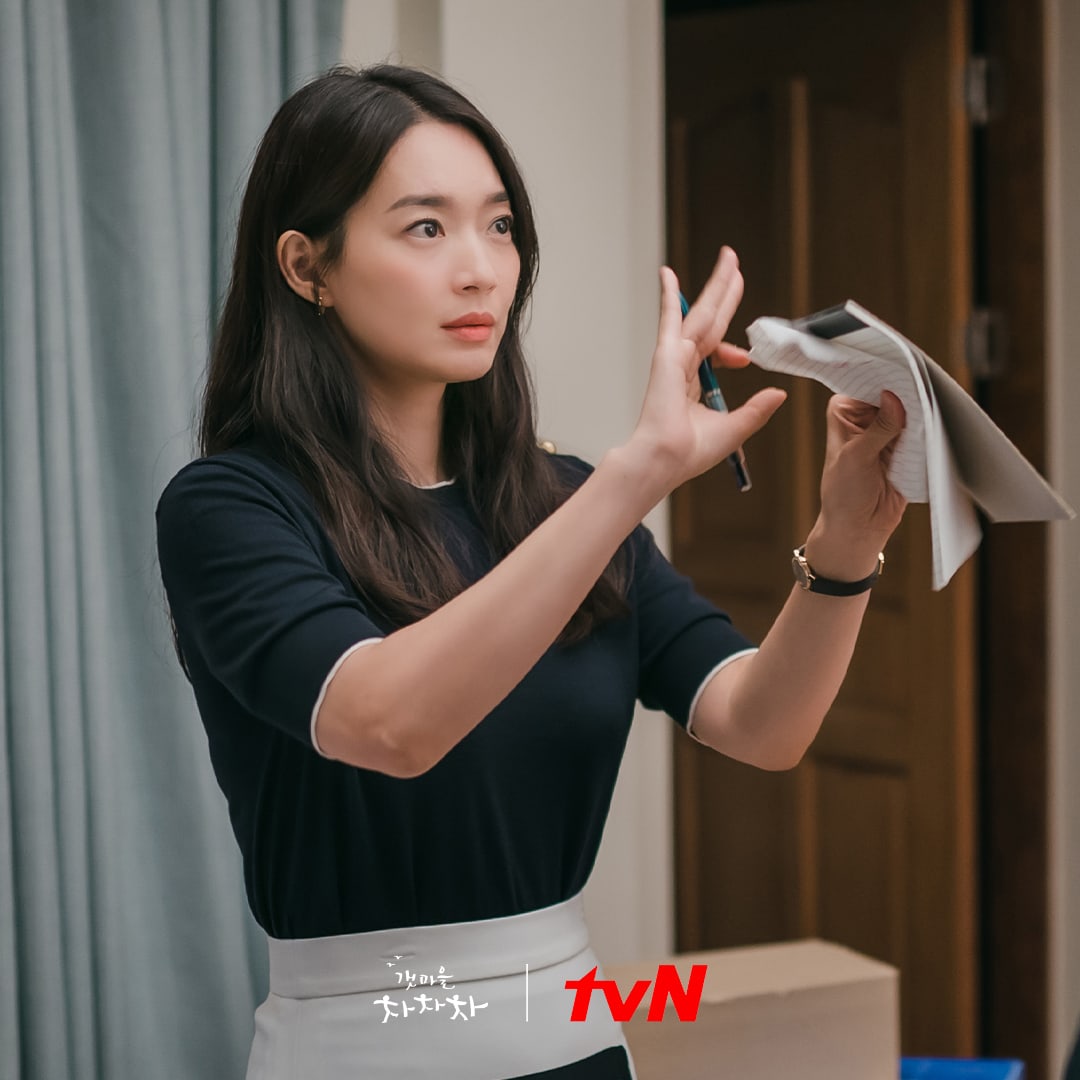 Shin Min Ah also shared her personal opinion of Yoon Hye Jin’s charms, commenting, “Although Hye Jin believes herself to be a realist, internally, she’s a character that honestly has charms of righteousness, warmth, innocence, and clumsiness. I think the fact that she doesn’t know this about herself is her charm.”

“Hometown Cha-Cha-Cha” premieres on August 28 at 9 p.m. KST. Check out a teaser here!

In the meantime, start watching Shin Min Ah in “Tomorrow With You” below:

Shin Min Ah
Hometown Cha-Cha-Cha
How does this article make you feel?