Kakao TV’s “The Great Shaman Ga Doo Shim” is a fantasy romance drama starring Kim Sae Ron as Ga Doo Shim, a teenager with supernatural abilities who just wants to be an ordinary high school student and escape her fate of becoming a shaman. Alongside her is Nam Da Reum as Na Woo Soo, the school’s “golden boy” who starts seeing ghosts after meeting Ga Doo Shim.

In the last episode, Woo Soo got in a fight with Il Nam (played by Yoon Jung Hoon), the last-place student in their entire school. Woo Soo specifically got pulled into danger when he felt the presence of an evil spirit unleashed by their principal Kyung Pil (Moon Sung Geun). The episode ended on a dramatic note when Doo Shim heard Woo Soo earnestly call out “Doo Shim!” and she quickly turned her head.

On August 26, new photos of the upcoming episode were released that show Doo Shim, Woo Soo, and Il Nam all back-to-back in the school gym. While Doo Shim and Woo Soo are surrounding Il Nam to protect him, they also appear fearful of the evil spirit that can attack from anywhere. The two simultaneously showcase their nerves anticipating the fight with the spirit while remaining determined to protect their classmate. 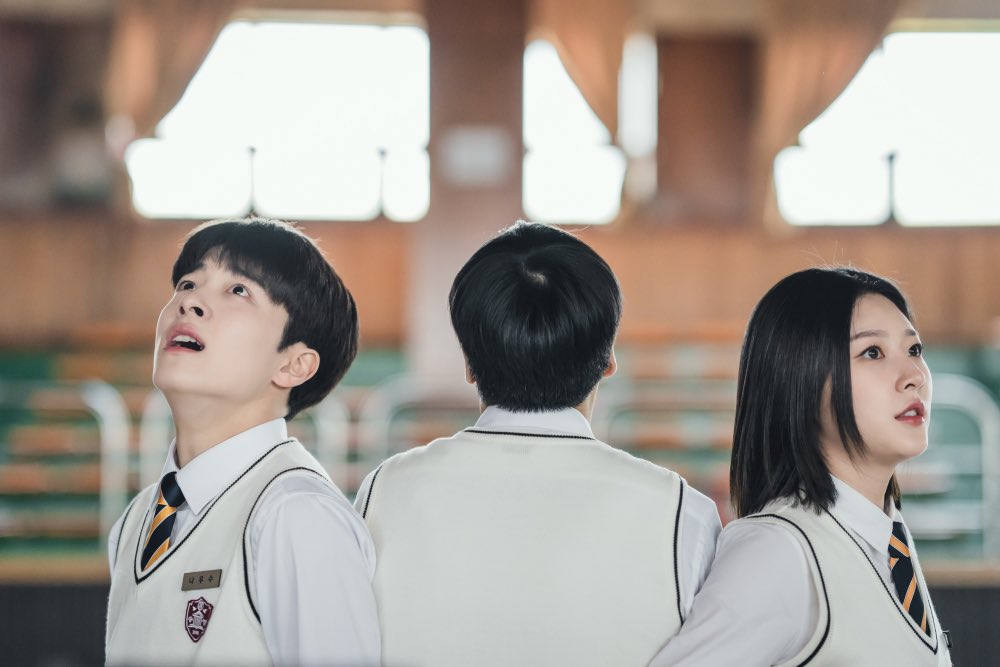 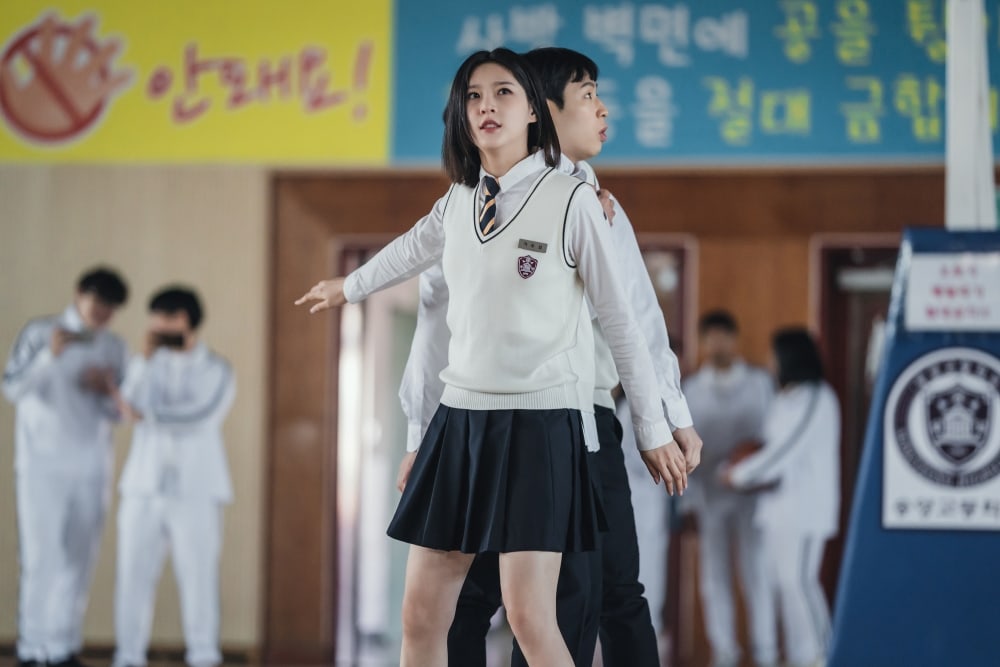 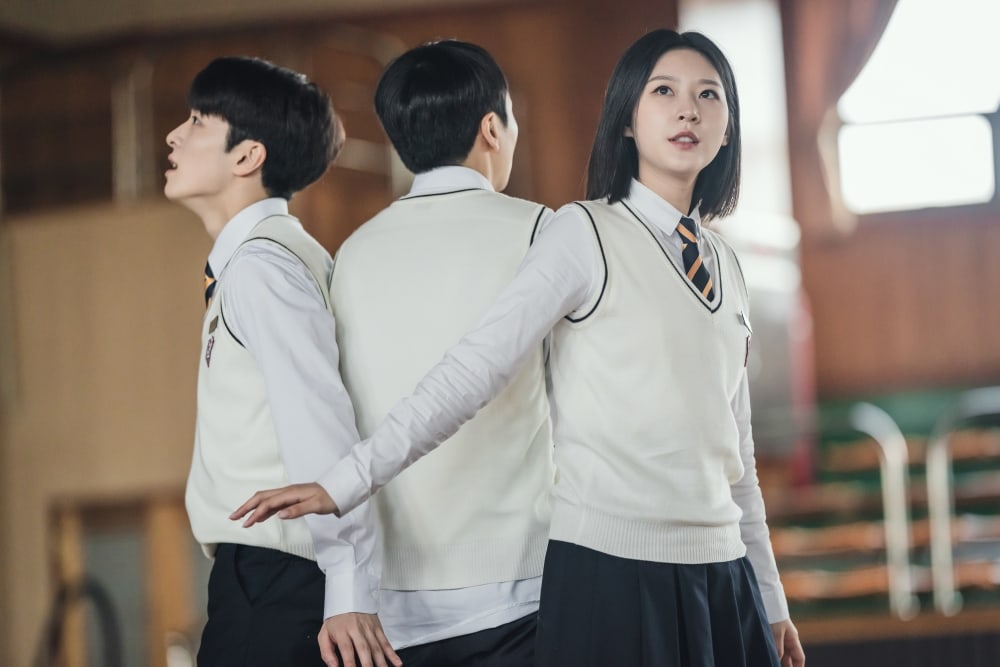 Once Soo Jung (Lee Ji Won) finds out that Doo Shim is the daughter of a shaman, she uses it to her advantage, causing Doo Shim to keep Woo Soo at a distance. Despite maintaining their cold relationship, Doo Shim showcases her girl crush charms by running to Woo Soo’s rescue when he’s in need of her help. Although Woo Soo has just began seeing ghosts, he is talented enough to sense their presence and is thus able to protect Il Nam in the process.

On the other hand, Il Nam is caught shaking in fear between this duo without having any idea what is going on. Since he’s a regular human unable to see ghosts, he’s only aware that Doo Shim and Woo Soo are acting abnormally, giving him no choice but to adjust to their serious attitudes. 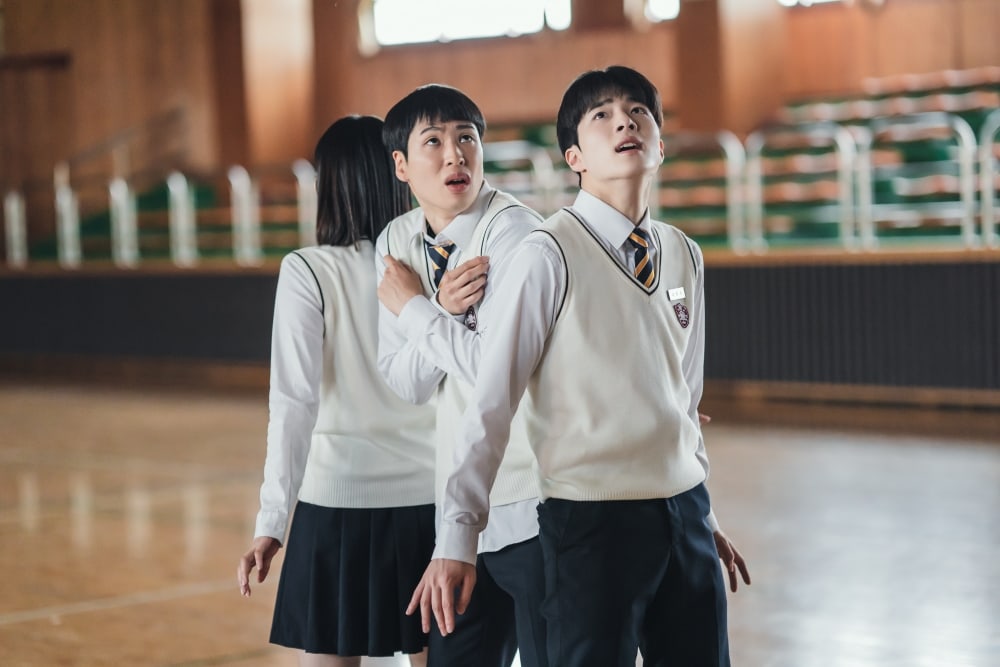 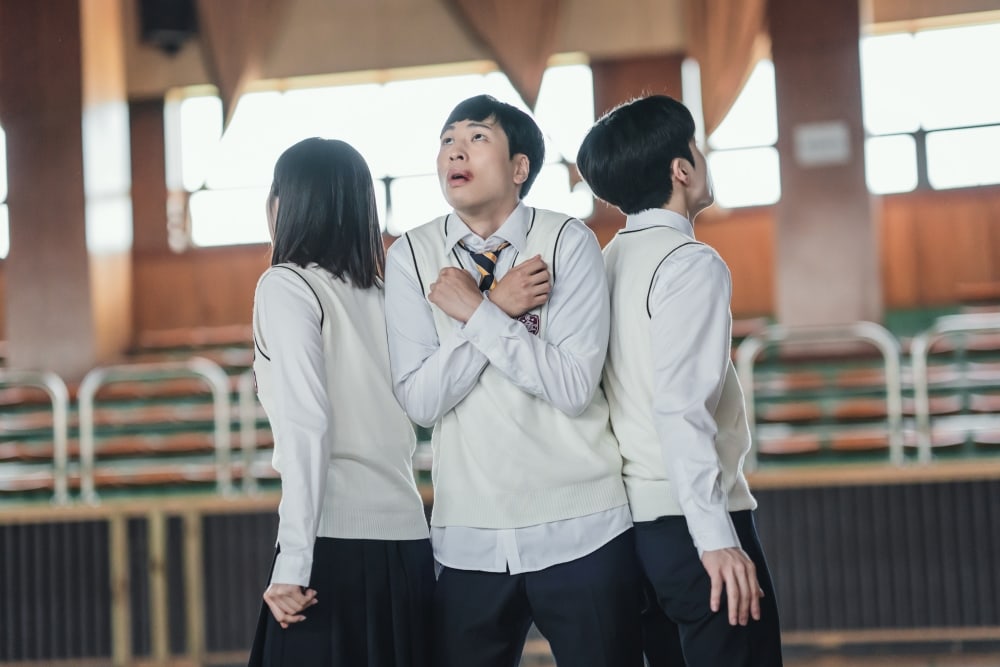 Ahead of a turning point, Doo Shim and Woo Soo come face-to-face with the evil spirit that’s beginning to affect people in their everyday lives. Viewers can look forward to the action scenes accompanying their battle with this unavoidable spirit.

The producers of “The Great Shaman Ga Doo Shim” commented, “Although Kim Sae Ron, Nam Da Reum, and Yoon Jung Hoon all worked hard to imagine the spirits while filming, they showcased perfect acting so we were able to give viewers a scene that best portrays the horror of these spirits. This fighting scene with the evil spirits was created due to the actors pulling it off well. You can check out the exorcist duo as well as Il Nam’s fate in Episode 6, so please look forward to it lots.”