SBS has given a look at Uhm Ki Joon’s upcoming fit of rage in “The Penthouse 3”!

In the previous episode, Joo Dan Tae (Uhm Ki Joon) was framed as the culprit of Oh Yoon Hee’s (Eugene) murder, forcing him to become a fugitive. He then gets locked up at a Japanese mental hospital under his real name Baek Joon Ki because of Shim Soo Ryun (Lee Ji Ah) and Logan Lee (Park Eun Suk). When he hears from his daughter Joo Seok Kyung (Han Ji Hyun) that both Shim Soo Ryun and Logan Lee are alive, he warns, “Hera Palace is mine, that I built with all my strength. I could never tolerate people like Shim Soo Ryun and Logan Lee dirtying it up.”

In the photos released by SBS, Uhm Ki Joon is sitting by the fire with a bloody face and brutal gaze, leaving viewers curious what he’ll do next to get revenge on Shim Soo Ryun and Logan Lee. The formerly luxurious and majestic Chung Ah Group president is now seen in a shabby outfit with nowhere to go, but still keeping his cold-blooded eyes focused on the blazing fire.

Questions to be answered moving forward include how Joo Dan Tae was able to escape the mental hospital and how he plans on getting revenge. 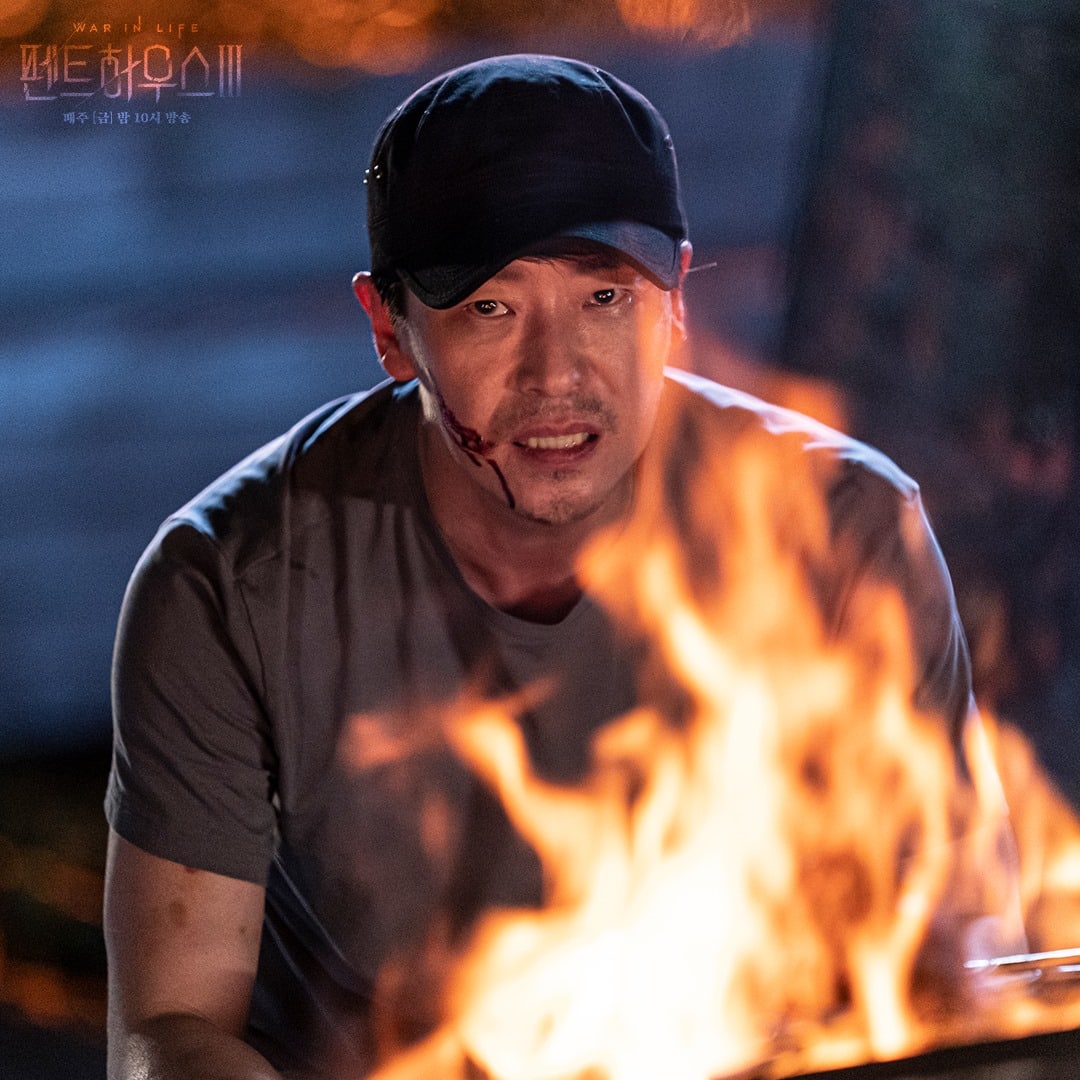 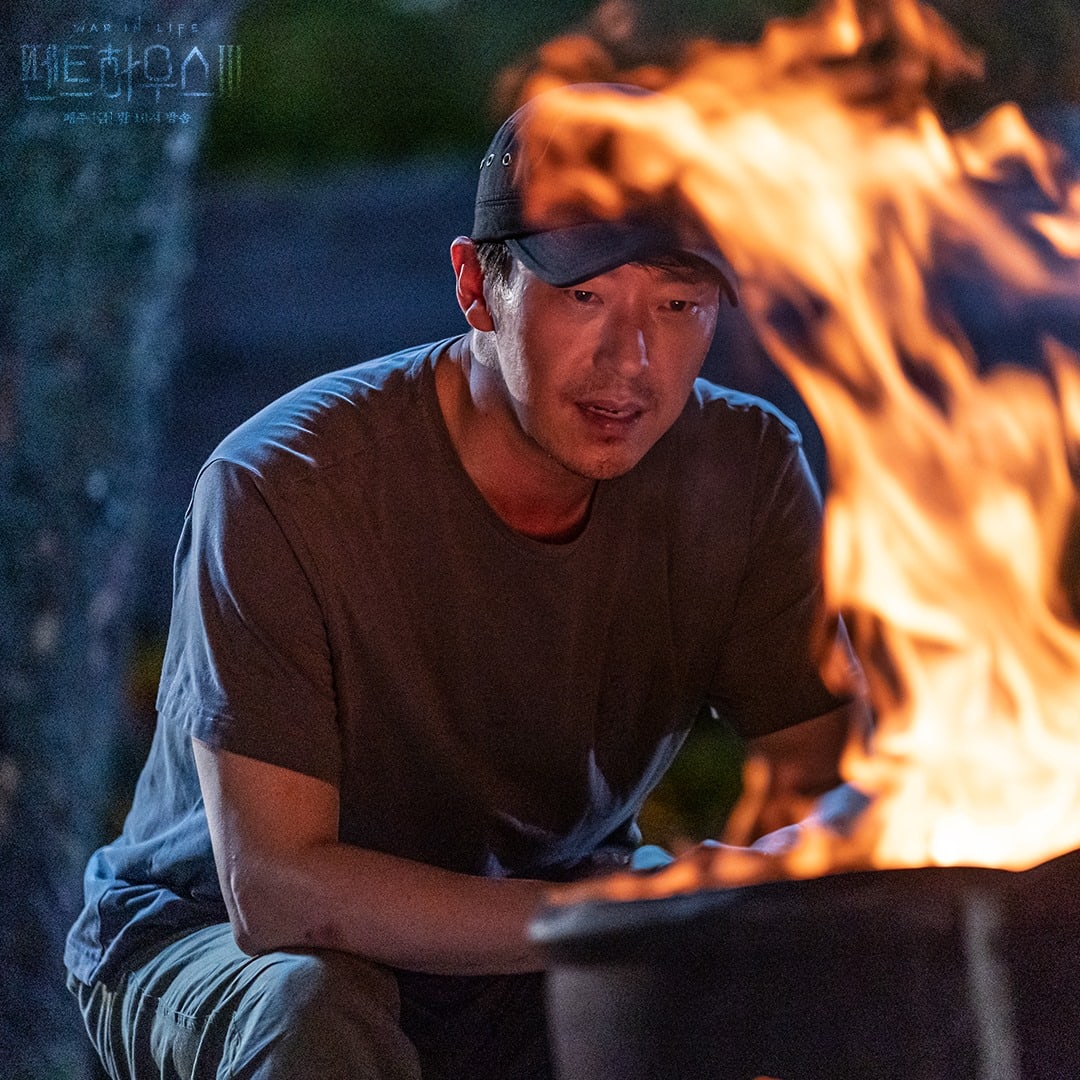 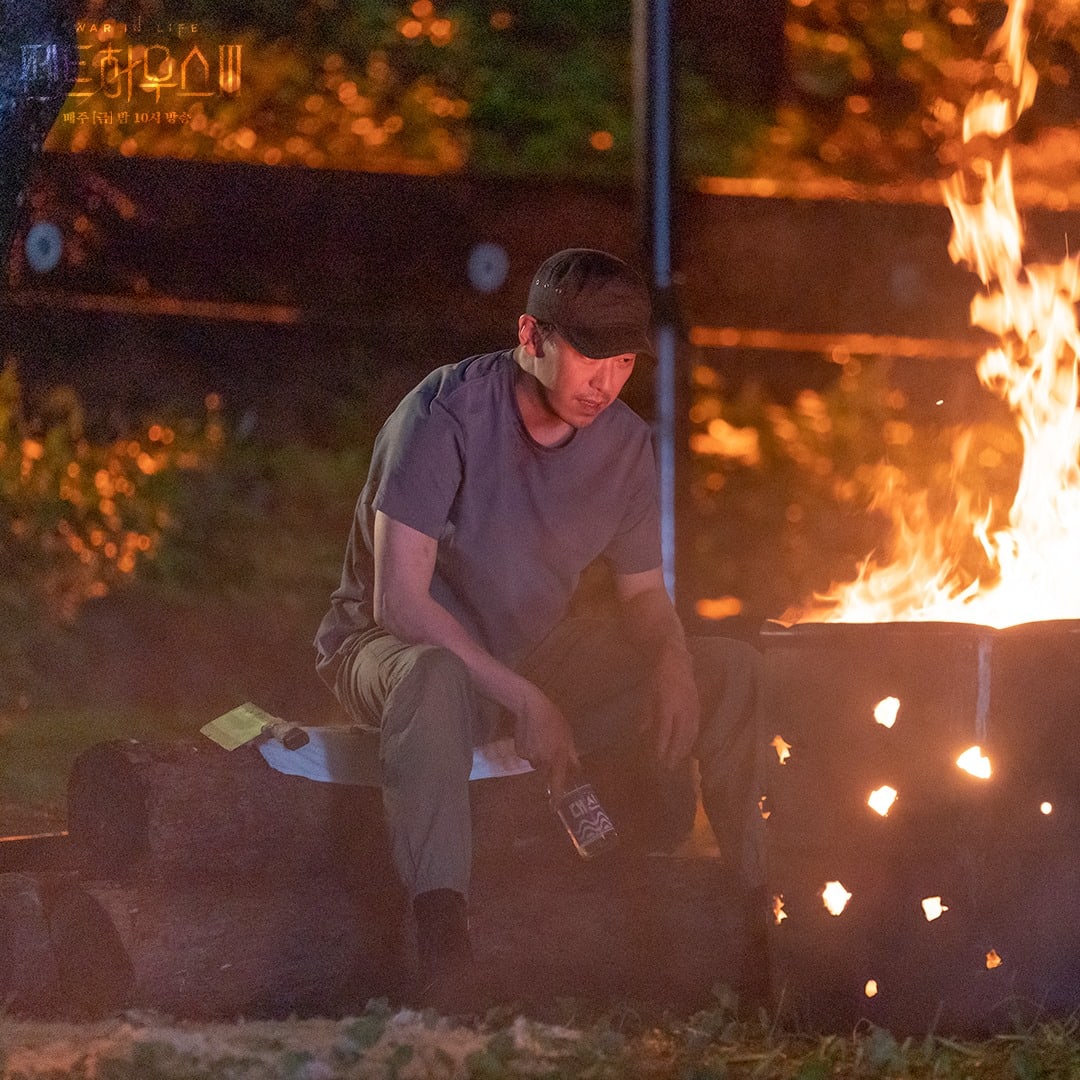 A producer shared, “Uhm Ki Joon always goes above and beyond to a point that exceeds your imaginations, as Joo Dan Tae rather than Uhm Ki Joon. Please check out what kind of aftermath Joo Dan Tae’s final blow will leave in the broadcast of episode 12.”

Uhm Ki Joon
The Penthouse 3
How does this article make you feel?