tvN previously released photos of Yoon Hye Jin and Hong Doo Shik’s memorable first encounter at the beach. The newly released stills show the two characters reuniting by the sea. They seem more guarded than before, and they eye each other with wariness.

In particular, Hong Doo Shik holds out a bright pink apron, and Yoon Hye Jin is rendered speechless. However, despite her obvious distaste towards him, Hong Doo Shik remains impassive, and he doesn’t seem affected by her attitude at all. Their love-hate relationship raises anticipation for how their romance will unfold in Gongjin. 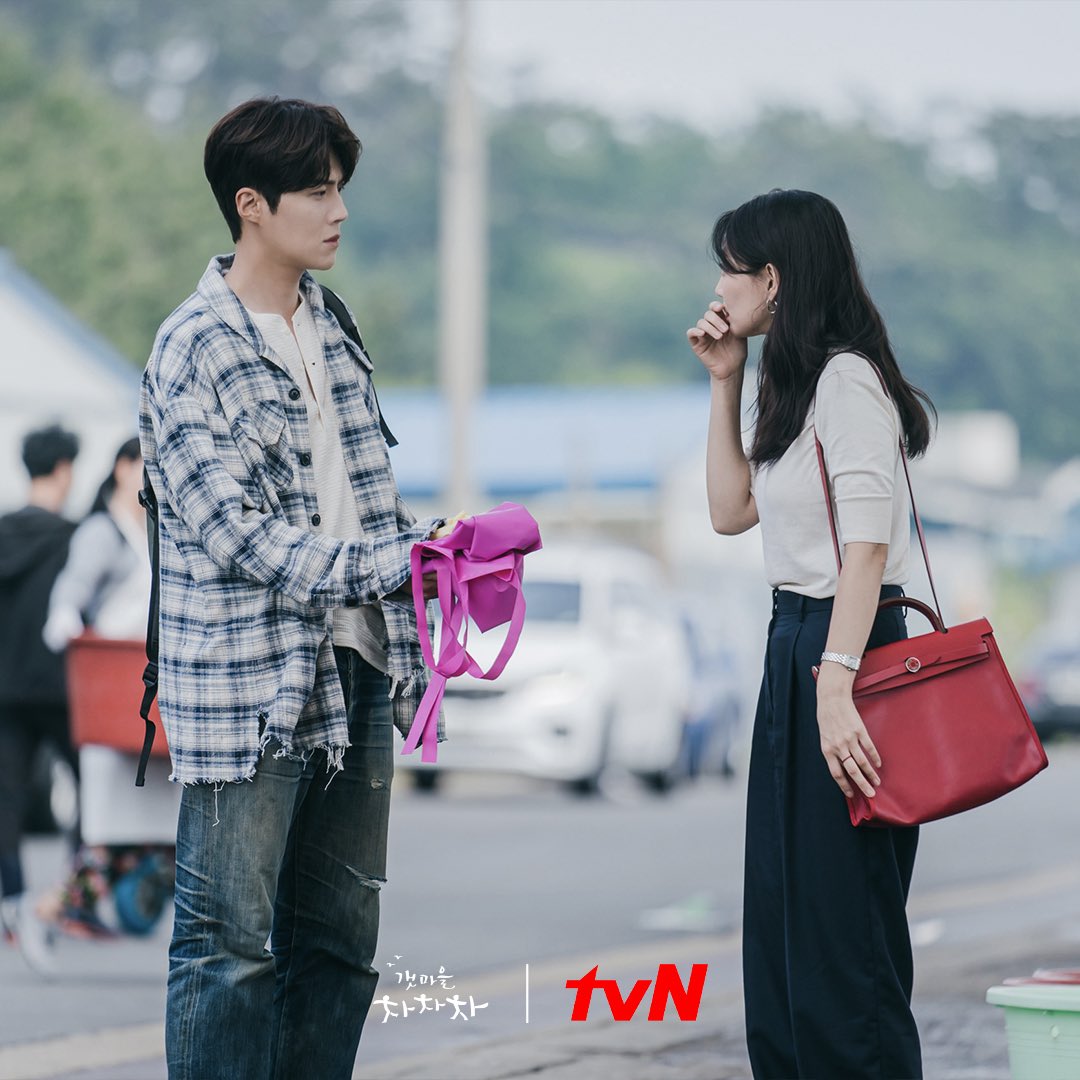 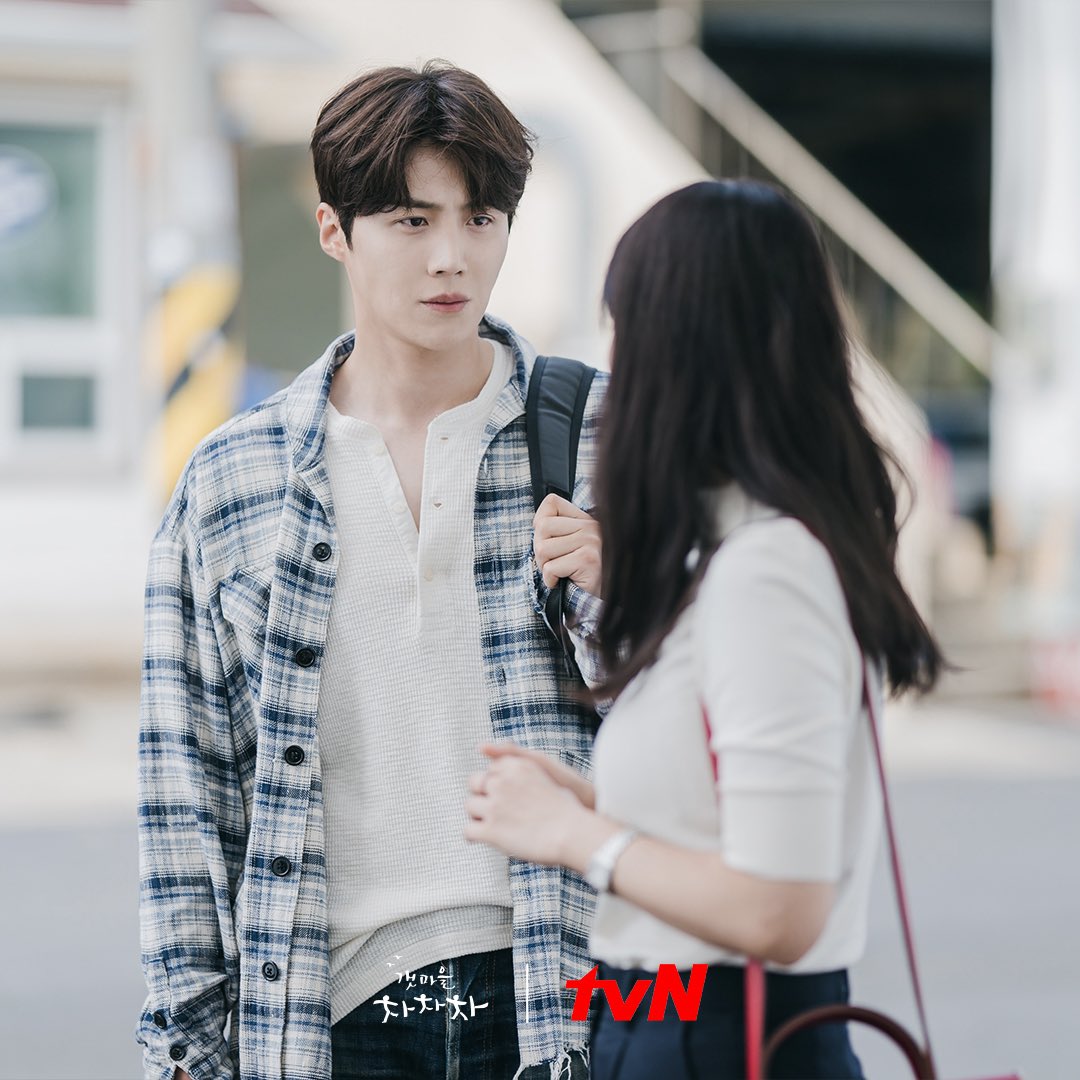 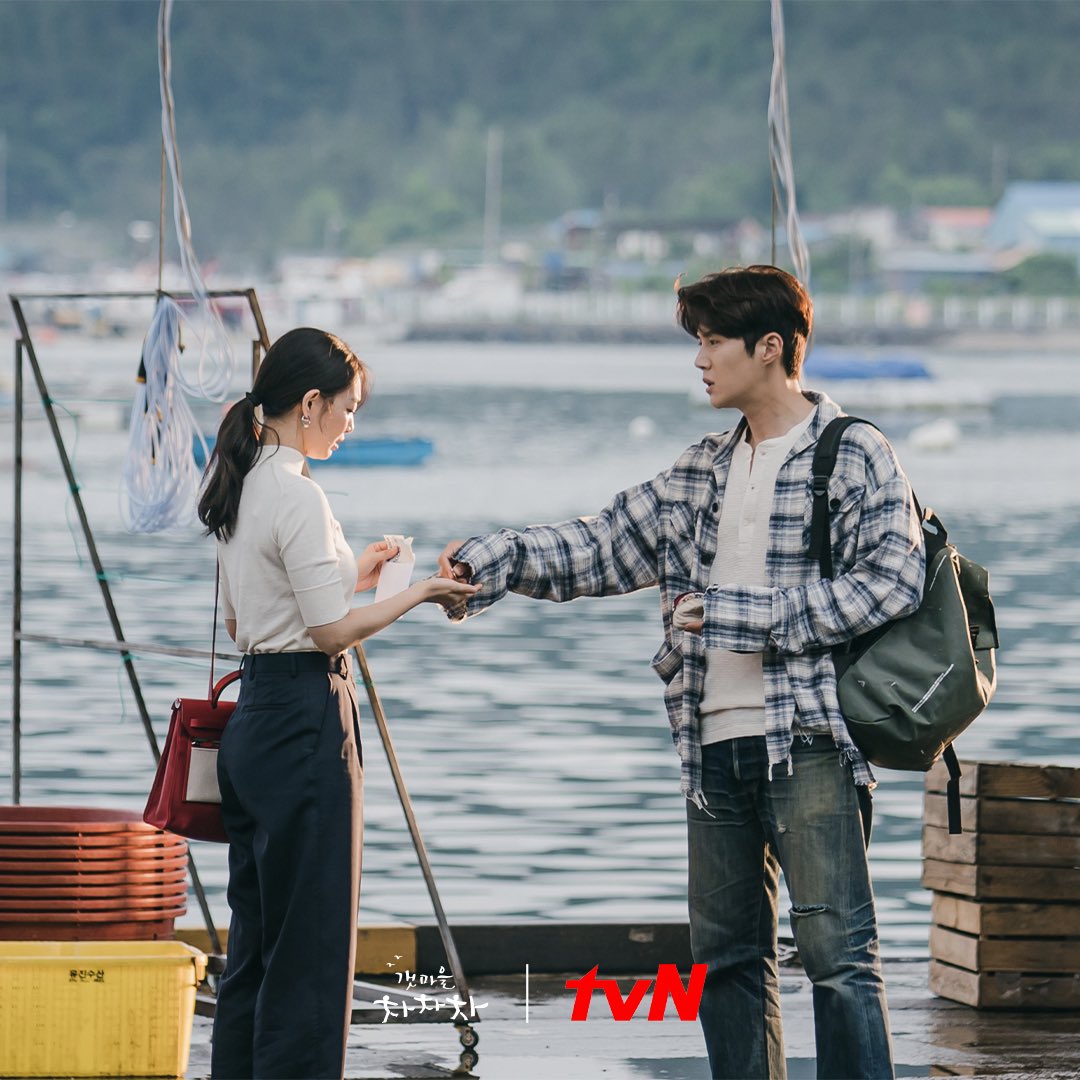 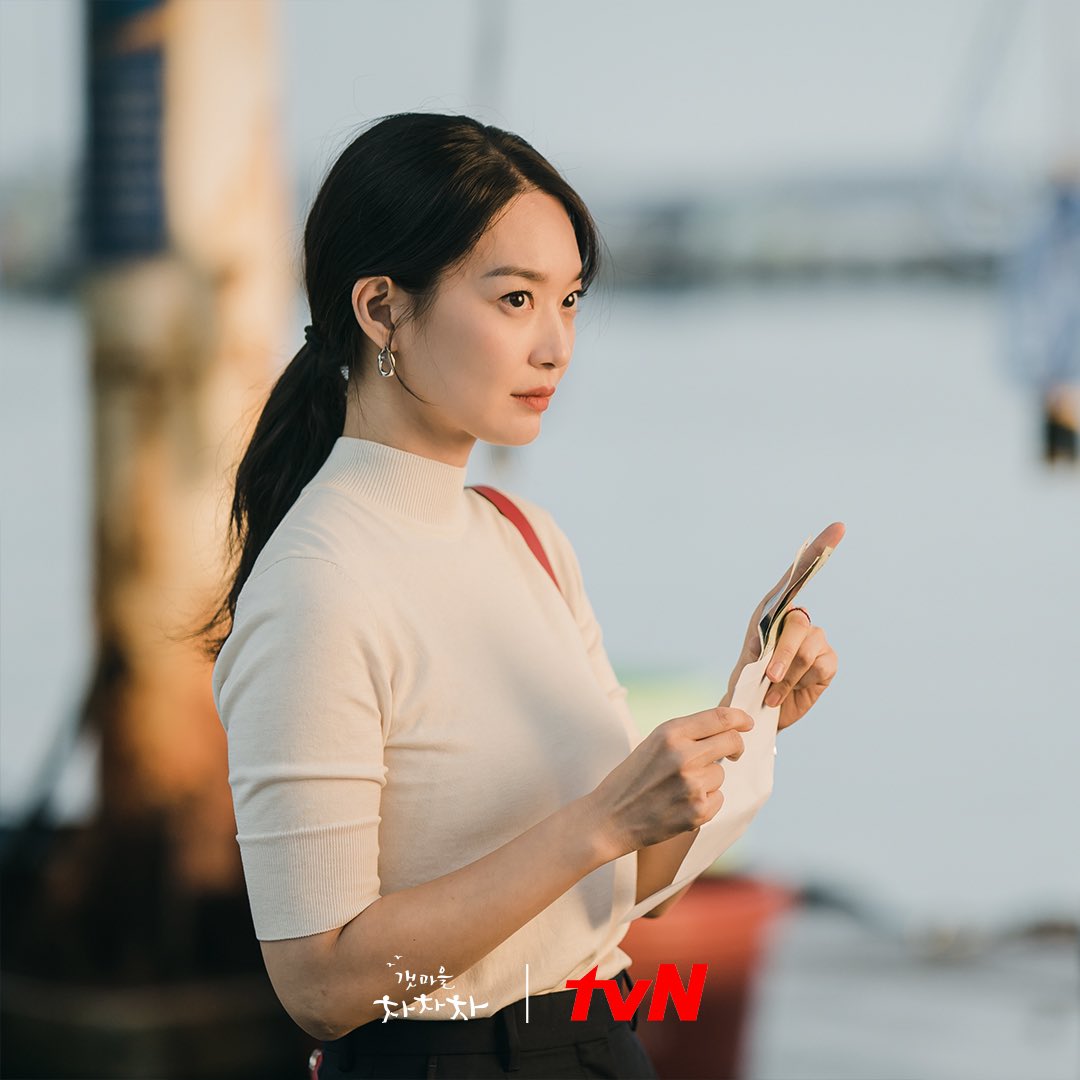 The drama’s production team shared, “Yoon Hye Jin and Hong Doo Shik’s bickering chemistry will finally be revealed today. Please look forward to the first episode of ‘Hometown Cha-Cha-Cha’ where various events will take place in a row with the start of an extraordinary relationship. If you watch it with a light and comfortable mind, you will experience both relaxation and healing for an hour. We hope you show a lot of interest in it.”

“Hometown Cha-Cha-Cha” premieres on August 28 at 9 p.m. KST. Check out a teaser here!