Moon So Ri, Lee Sang Yeob, Jung Jae Young, And More Share Closing Comments For “On The Verge Of Insanity”

The cast of MBC’s “On the Verge of Insanity” shared their closing comments on the drama.

“On the Verge of Insanity” was a relatable and realistic workplace drama about a group of longtime employees at an electronics company and their fierce fight for survival amid layoffs, department reshuffling, and promotions. 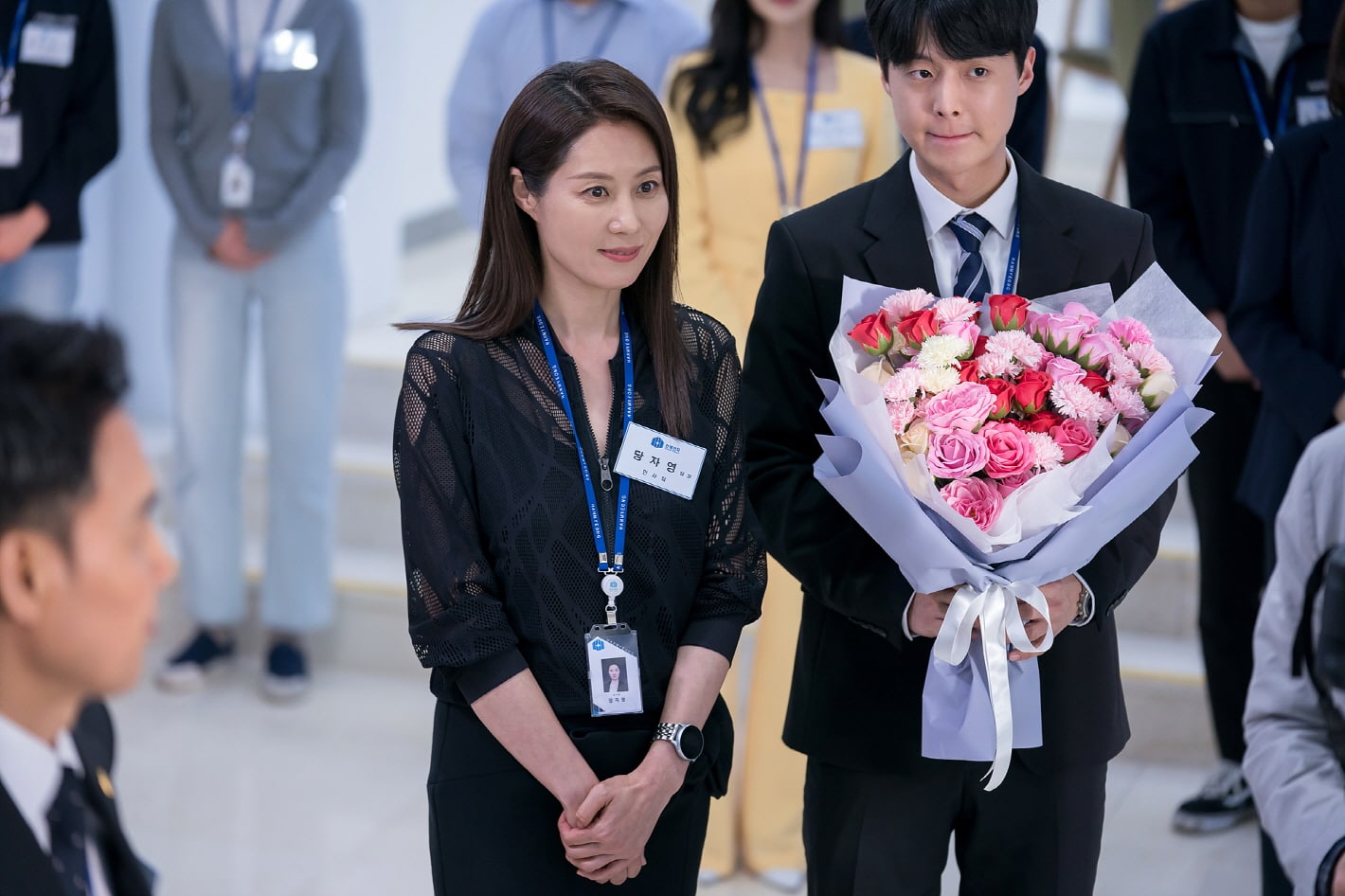 Moon So Ri, who was appearing in a drama for the first time in a while, starred as Jang Da Young, the workaholic team manager of Human Resources. She said, “It feels really like I was an employee of Hanmyung Electronics for a long time and I’ve just left the company. We filmed all of it on location in Changwon, and the cast and crew became close while rooming together away from Seoul for five months, so it feels even more regrettable to say goodbye. I’m grateful that the viewers had fun watching our drama and people seemed to react well to the show.”

She added, “The drama itself was about living a life of endurance, so I thought that a lot of people could relate and find comfort from it. We had to take a break from airing for two weeks due to the Tokyo Olympics coverage, but our ratings rose after the break. I felt that it meant that our viewers had been waiting for our drama, so I was really grateful for the support. I will next appear in the movie ‘Seoul Vibe,’ so please look forward to it.” 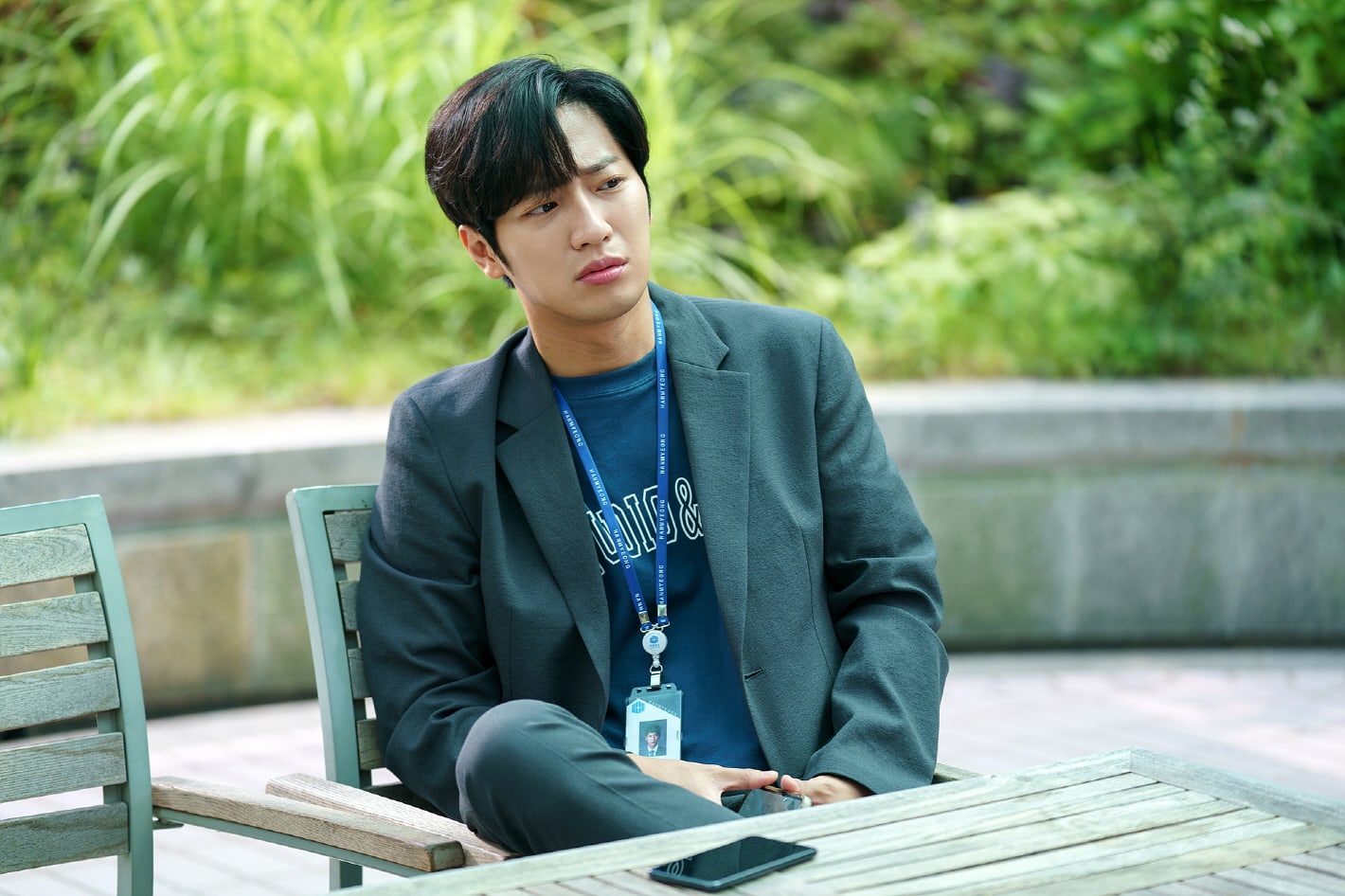 Lee Sang Yeob starred as Han Se Kwon, the perfect-on-paper employee who gets promoted early for talking big but has a lot of hidden insecurities. He said, “The cast and crew spent half a year together in Changwon and worked really hard. It was an honor to be able to work with you. We filmed during difficult times and in difficult situations, but I was able to stay strong because my co-workers were always energetic. I hope that we can meet again soon. Thank you.”

He continued, “Our viewers made this drama together with us. It is thanks to their support and love that we were able to have a good ending. I enjoyed acting amid everyone’s sincere interest and criticism. Thank you for watching over the annoying Han Se Kwon with affection until the end.” 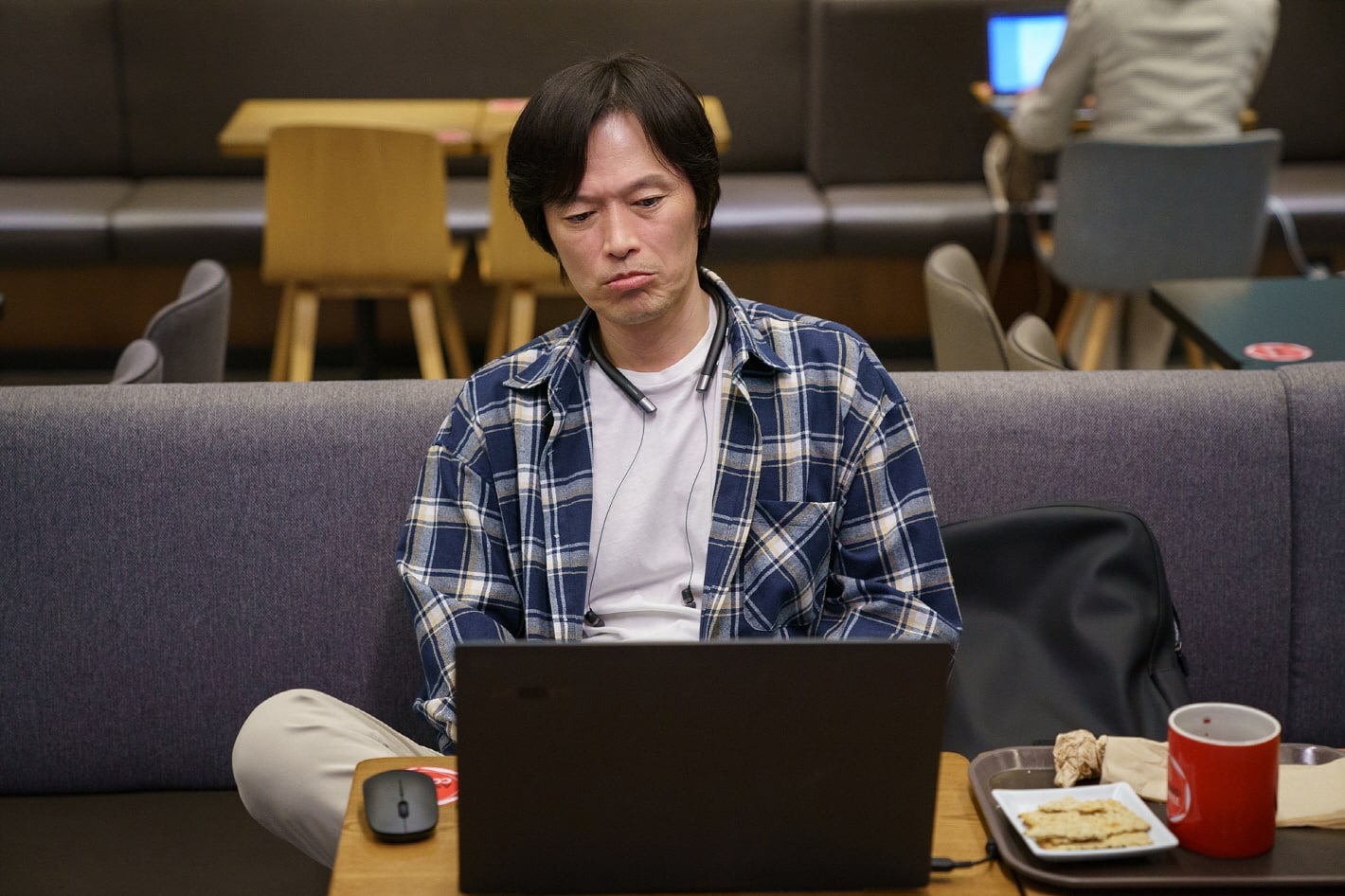 Jung Jae Young starred as Choi Ban Seok, a man who worked in the engineering team for 22 years before being transferred into Human Resources. He said, “I remember when we had our first filming in March. The cherry blossoms were in full bloom i Changwon and it was a beautiful sight. It’s a shock to realize that it’s already been six months since then. I always feel a sense of lingering feelings and regret at the end of a project, but I think it’s even stronger for ‘On the Verge of Insanity.’ I think I’ll miss it a lot.”

He continued, “I want to thank all the viewers who cherished our drama and watched over us. It was thanks to you that we were able to keep our spirits up and film with enjoyment. I want to thank the writer, director, the many staff members, and my co-stars for working really hard. I want to thank the representatives of Changwon and its citizens for helping us film as well.” 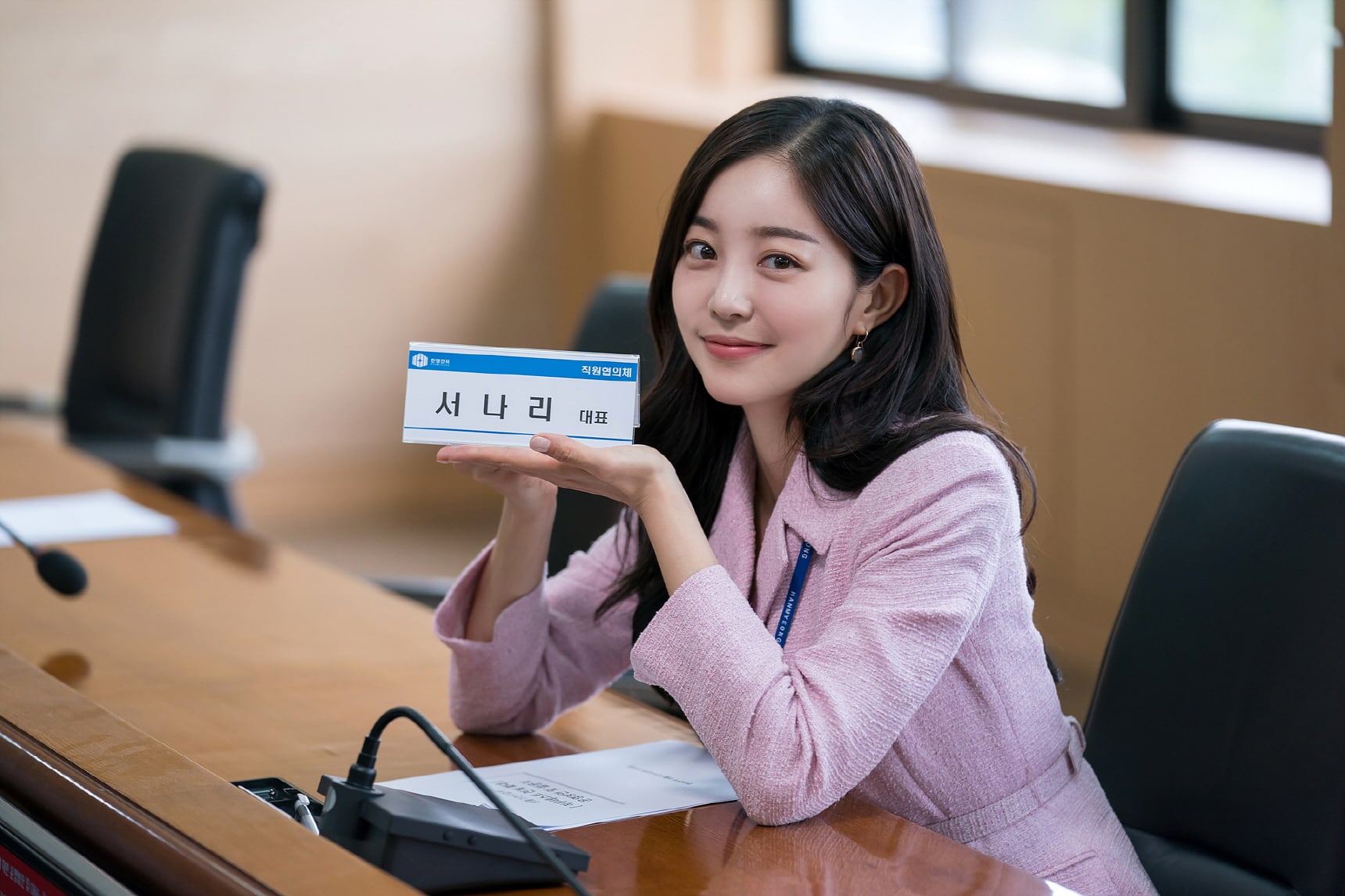 Kim Ga Eun starred as Seo Na Ri, a senior employee in product planning who aimed to have both a successful career and a successful love life. She said, “It was a new experience for me to play a career woman in ‘On the Verge of Insanity.’ We started in the spring and filmed through the hot days of summer. It was a meaningful time for me to pool my strength with my senior actors, my co-stars, and the production staff. I feel that I have learned and experienced a lot on set. Everyone worked really hard. Thank you to those who watched ‘On the Verge of Insanity.'” 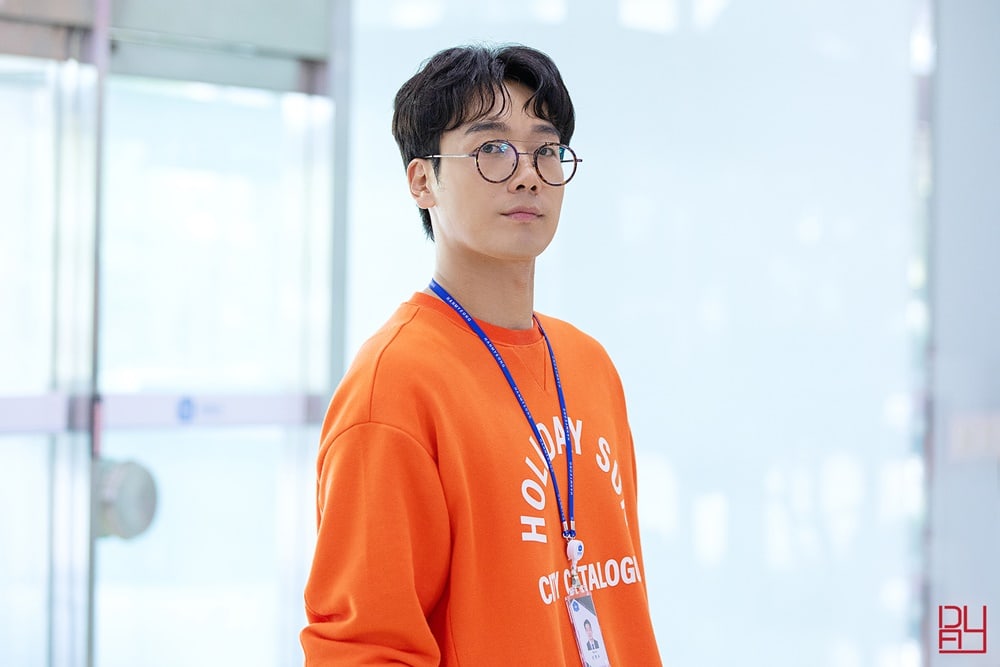 Kim Nam Hee played Shin Han Soo, who shared a back-and-forth co-worker relationship with Choi Ban Suk and made the viewers laugh with his funny lines. He said, “Through ‘On the Verge of Insanity,’ I wanted to speak on behalf of the inner thoughts of company employees everywhere. I hope that the viewers could relate to him, and I would be grateful even just if they were able to laugh through him. I developed a lot of affection for the cast and crew while working for months in Changwon, so it feels both refreshing and regretful to say goodbye.” 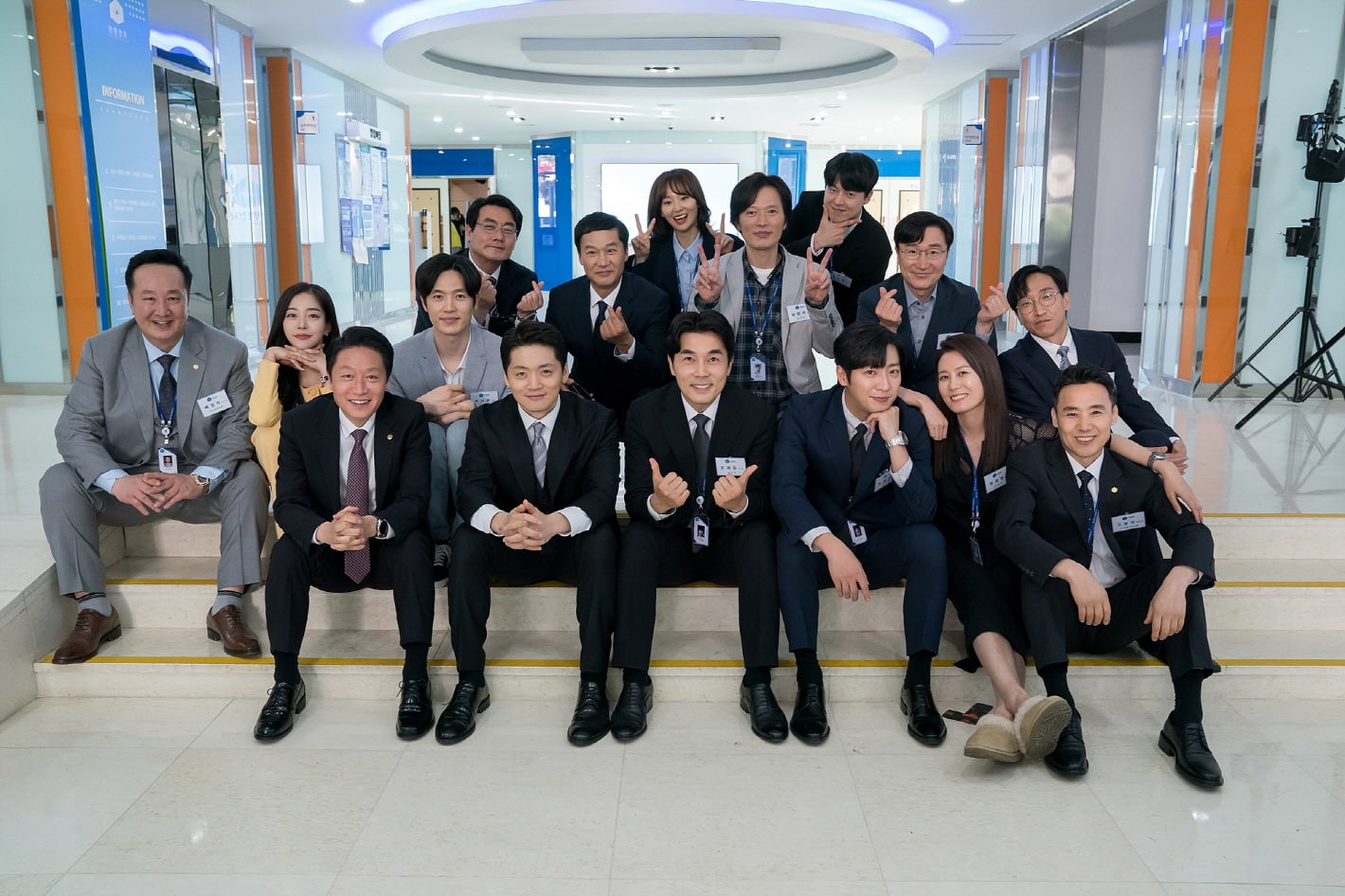 Watch “On the Verge of Insanity” on Viki: