Yoo Jae Suk, HaHa, And Lovelyz’s Mijoo Get Pranked By PD Kim Tae Ho On “How Do You Play?”

On the latest episode of MBC’s “How Do You Play?”, producing director (PD) Kim Tae Ho pulled an epic prank on Yoo Jae Suk, HaHa, and Lovelyz’s Mijoo!

During the August 28 broadcast of the hit variety show, Yoo Jae Suk was in for a surprise when he arrived at the MBC station for filming. As soon as his car pulled into the MBC parking lot, Yoo Jae Suk was immediately taken to the newsroom, where he was informed by the MBC news PD that he would be reporting MBC’s “10 O’Clock News” live that morning as a special anchor.

As there was only 13 minutes left until 10 o’clock, the startled Yoo Jae Suk nervously expressed his reluctance by replying, “How can I report the news? I think I might accidentally burst out laughing. I don’t think I should be on the news.” However, the news PD reassured him that he’d be fine and quickly urged him to go change, leaving Yoo Jae Suk to exclaim, “But I never agreed to do the news. This is driving me crazy.” 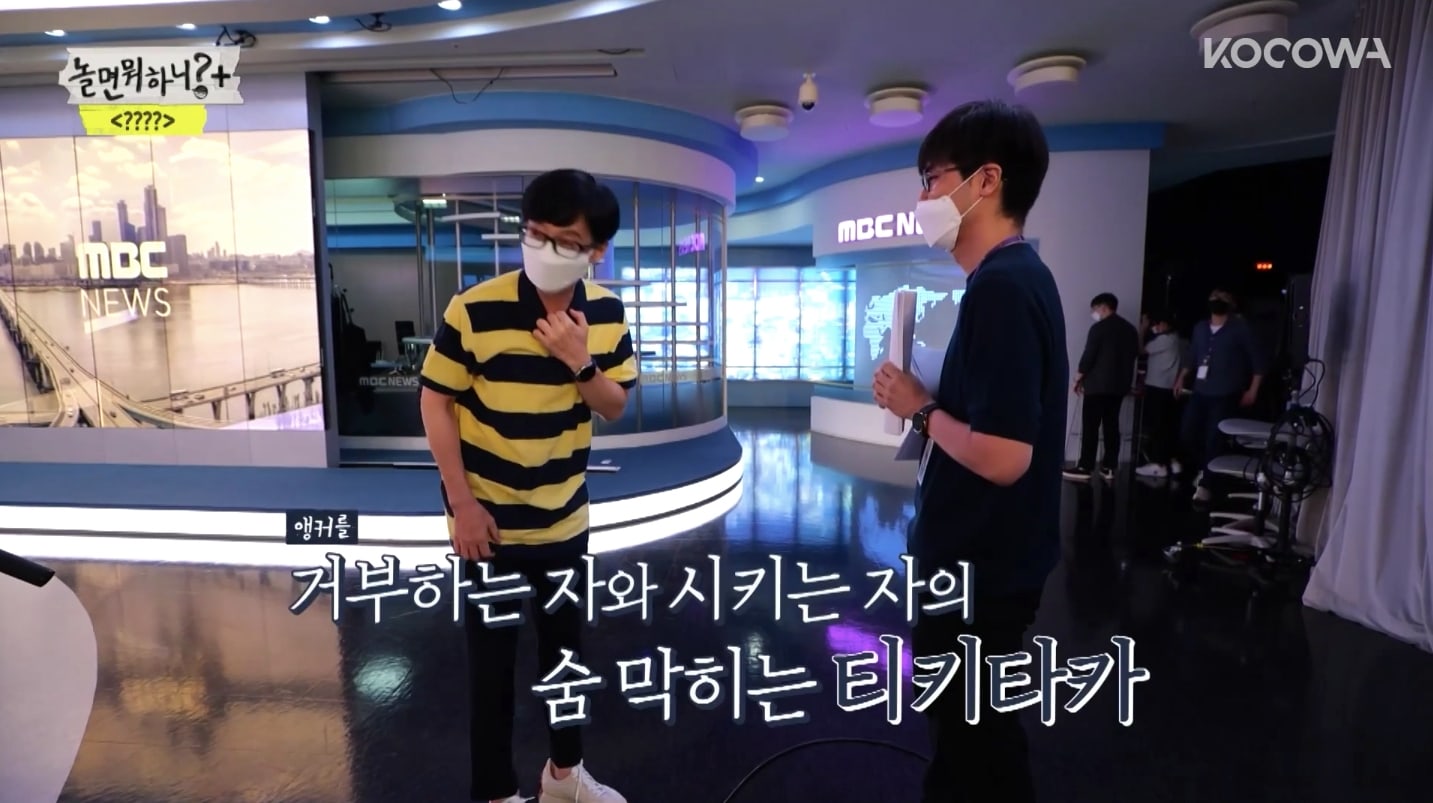 Because there was so little time left until he had to be on air, Yoo Jae Suk hurriedly changed into a suit jacket, but didn’t have time to change into the matching pants.

“I didn’t even get to put on my pants,” he worried as he sat down at the desk. “I hope this doesn’t show on camera.” 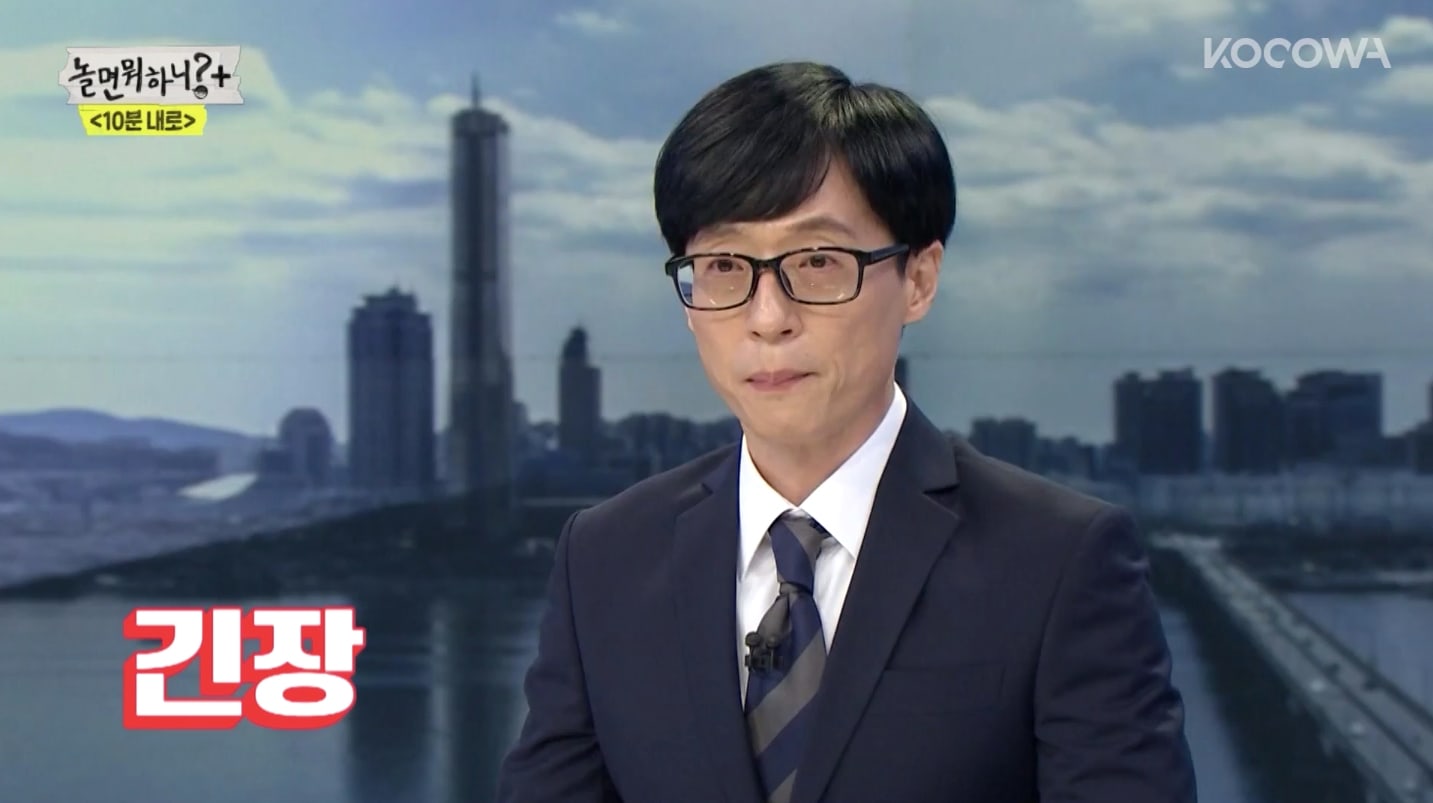 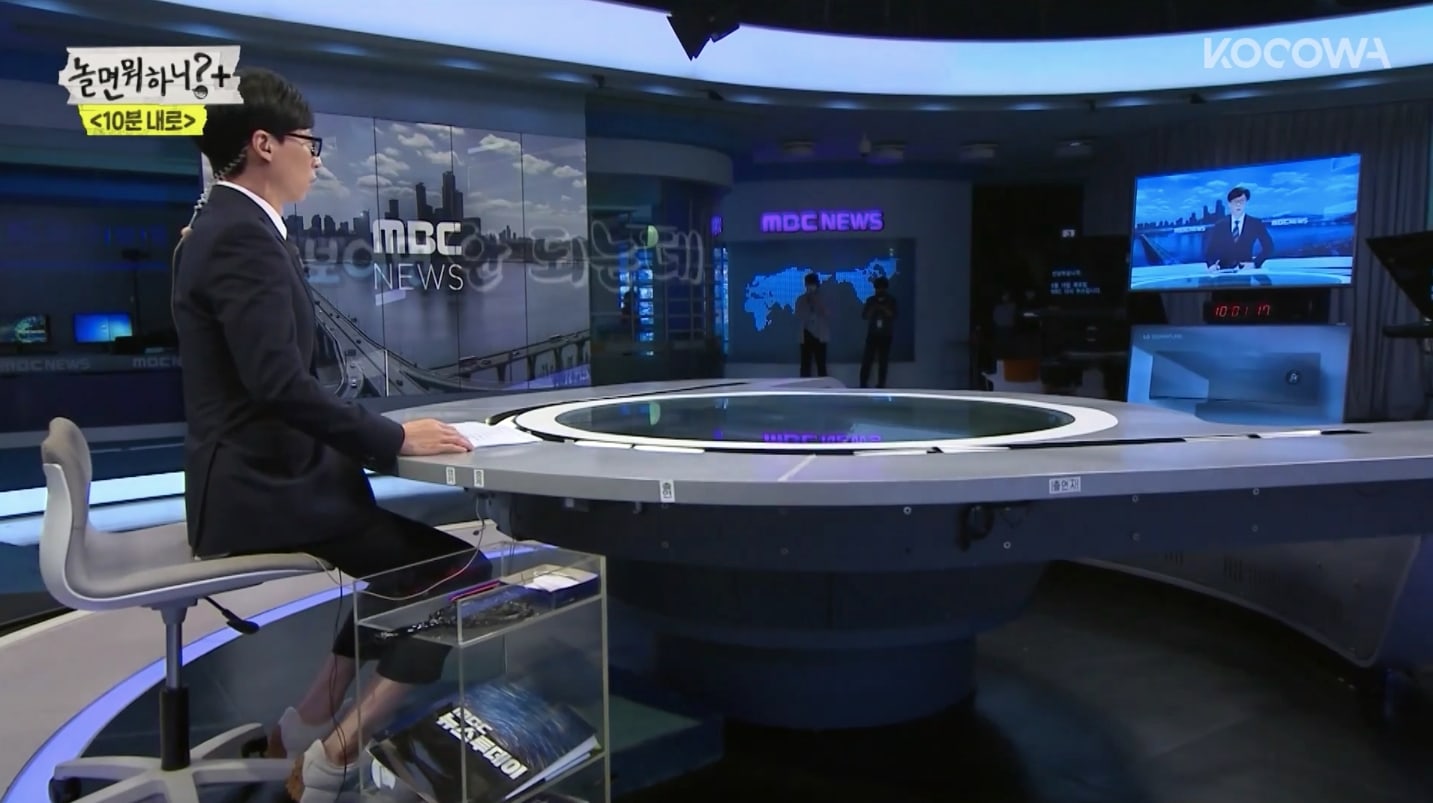 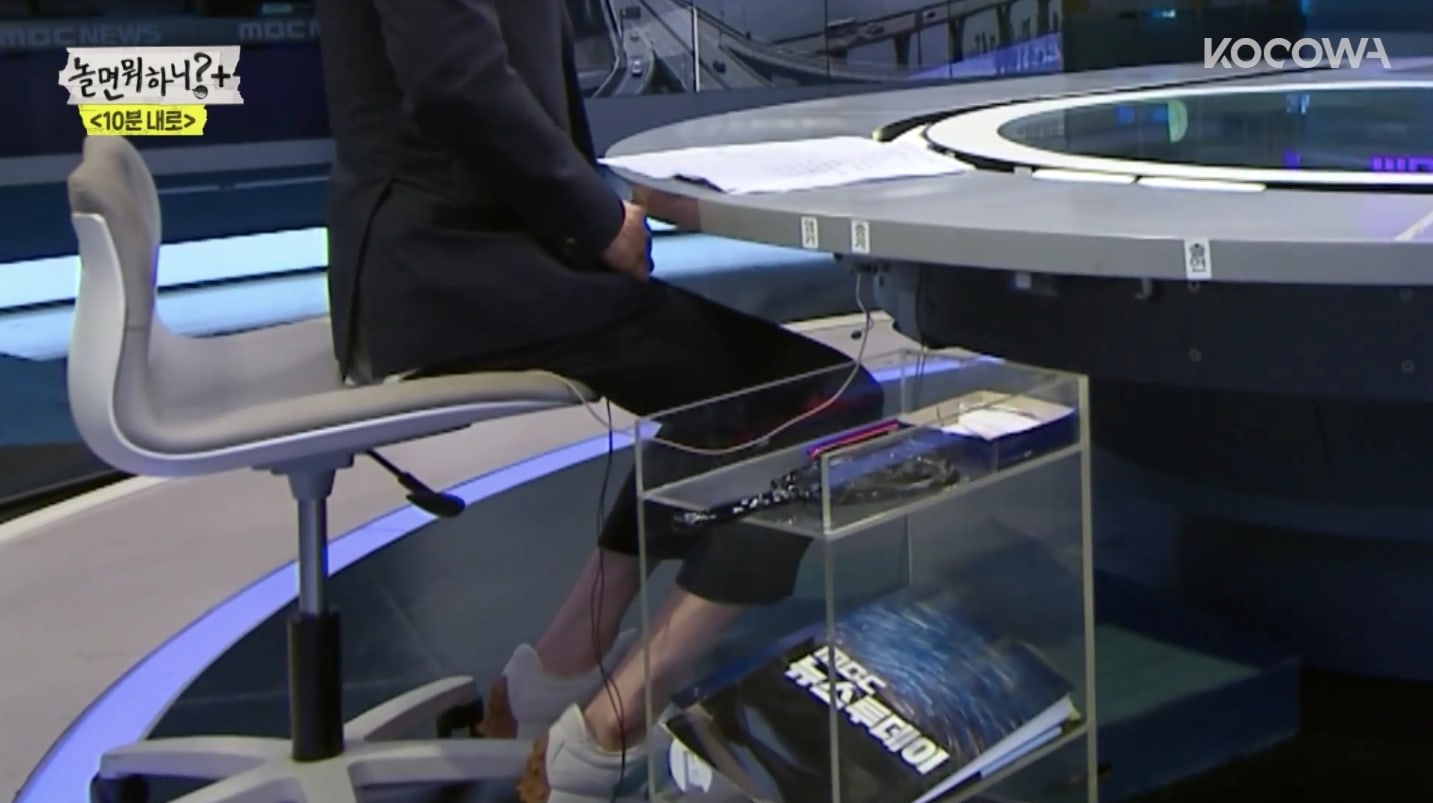 Although he was visibly extremely nervous before the broadcast, once the clock struck 10, Yoo Jae Suk managed to read the news calmly and with an air of professional poise.

The PD even exclaimed while watching, “He’s so good. He’s not making any mistakes.” 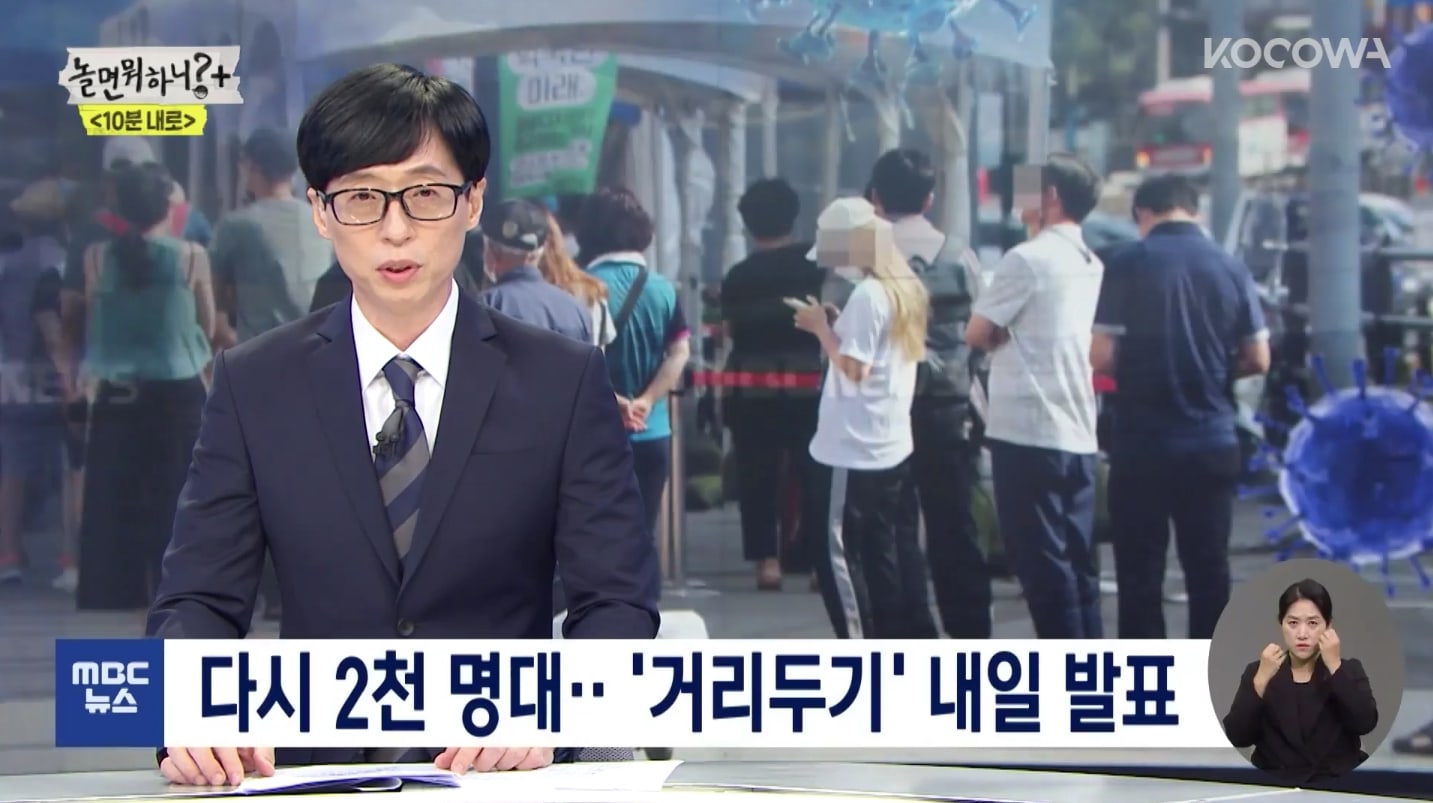 To Yoo Jae Suk’s surprise, Lovelyz’s Mijoo made an unexpected appearance during the financial news segment, which caught him off guard.

As it turned out, Mijoo had also been ambushed with the same mission as Yoo Jae Suk as soon as she arrived at the station, except that she was tasked with a smaller role in an adjacent studio. 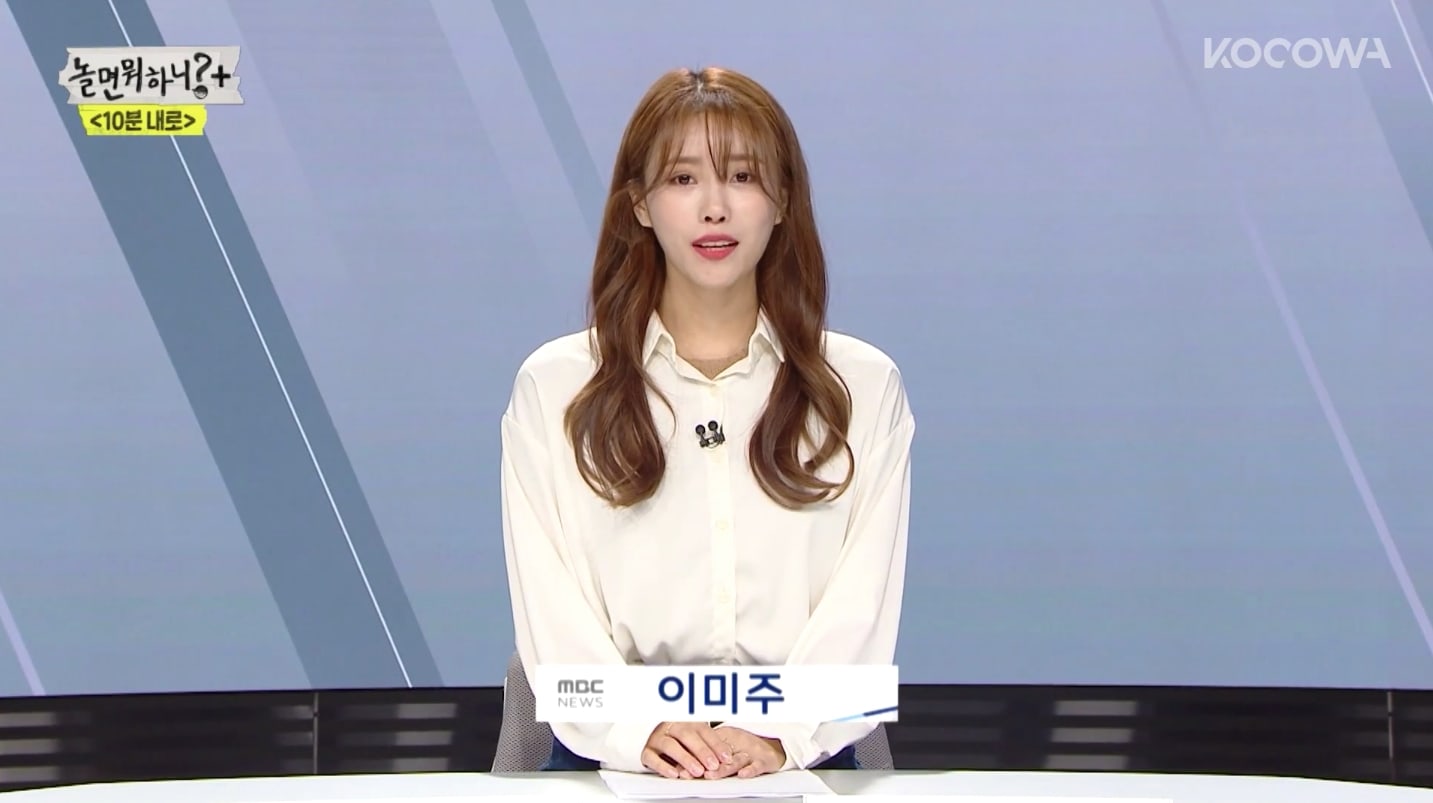 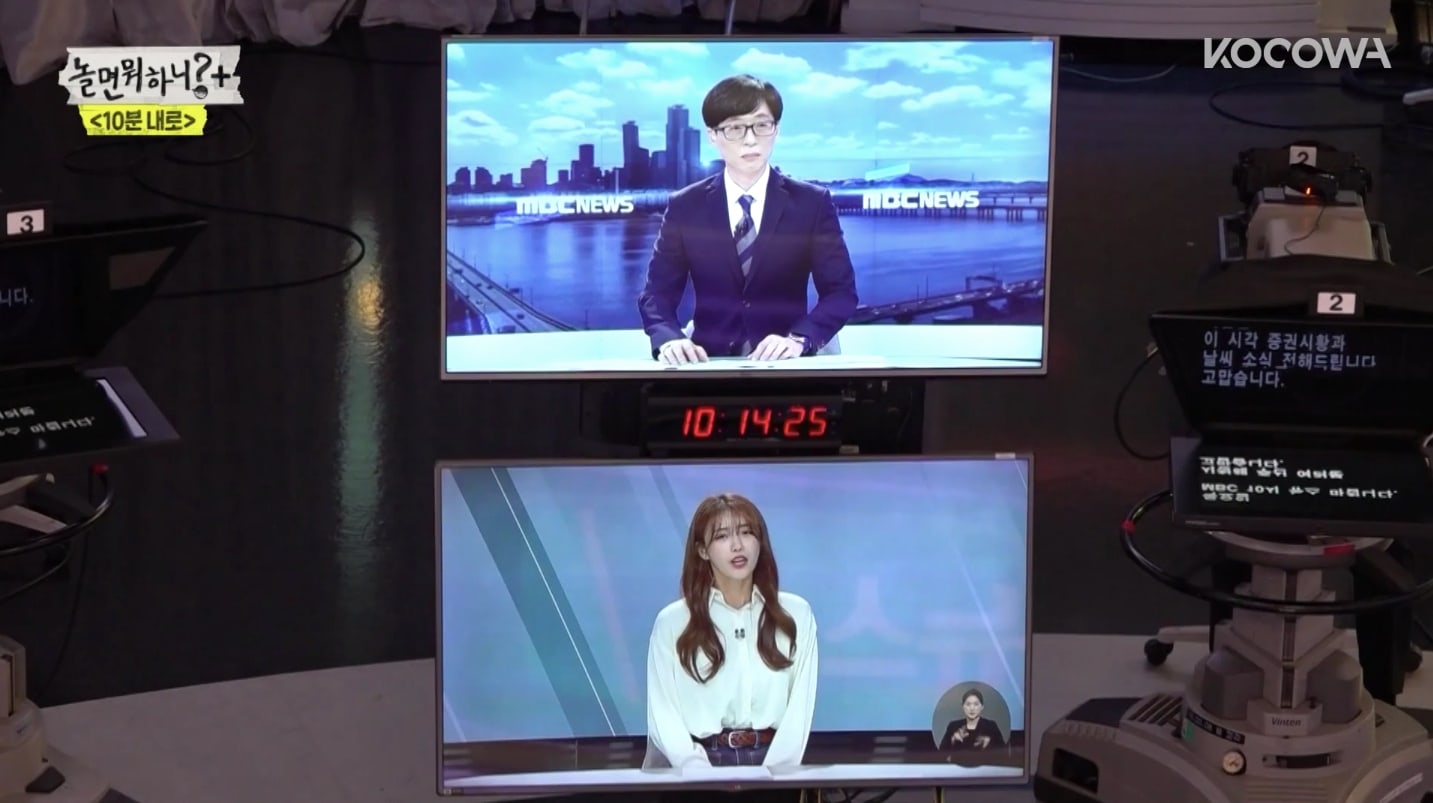 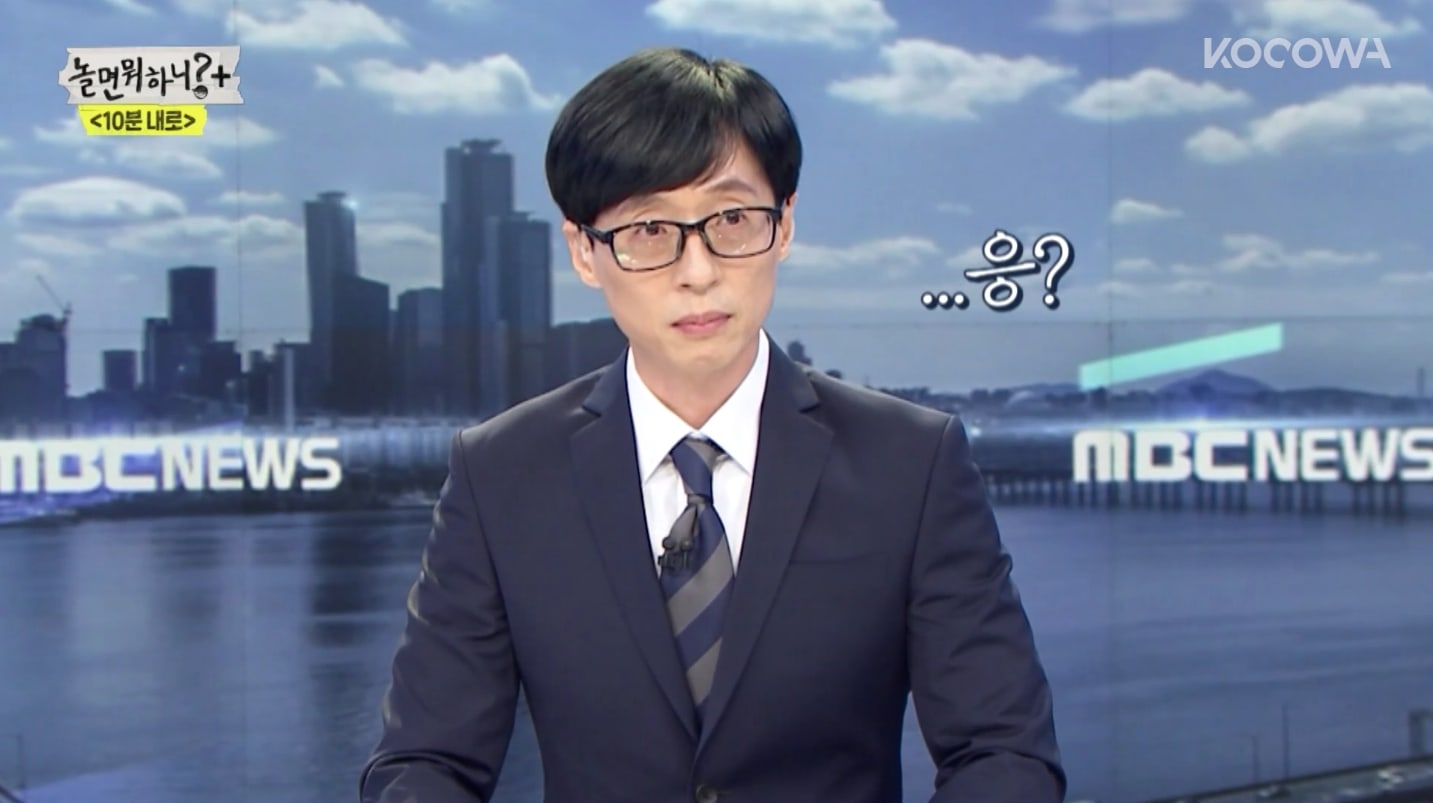 After Yoo Jae Suk and Mijoo had successfully wrapped up the news, they received a call from PD Kim Tae Ho, who revealed that it had all been an elaborate prank. “I enjoyed watching you on the news,” said Kim Tae Ho. “Because we’re returning to air next week, the news desk prepared a special hidden-camera prank to celebrate the occasion.”

In reality, MBC’s “10 O’Clock News” does not exist—and MBC’s actual “9:30 News” had quickly wrapped up airing as Yoo Jae Suk and Mijoo arrived at the newsroom.

As Yoo Jae Suk and Mijoo watched together from a room nearby, the next victim of Kim Tae Ho’s prank—HaHa—arrived at the station, where he was informed that he would be filling in as a special anchor on MBC’s (also non-existent) “11 O’Clock News.” 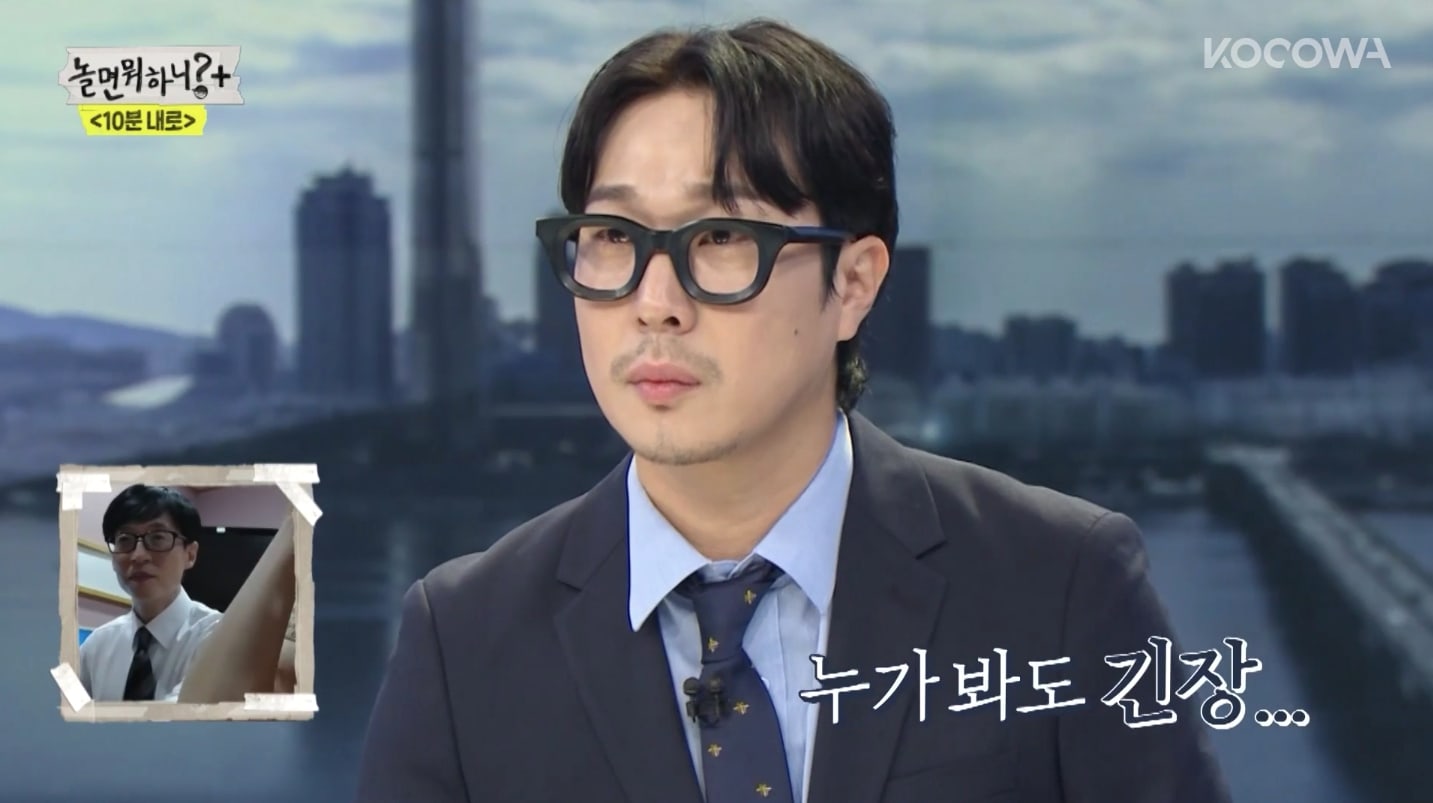 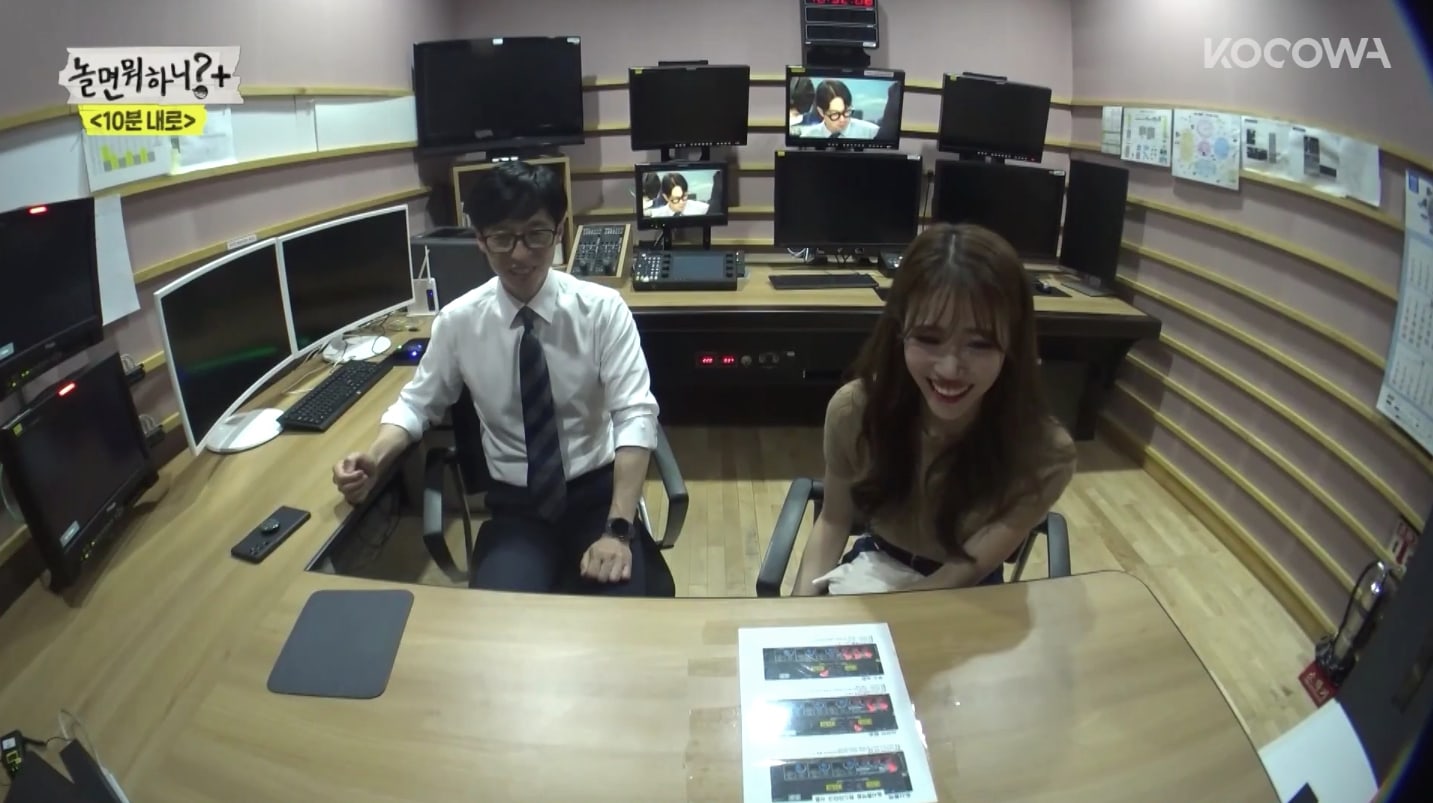 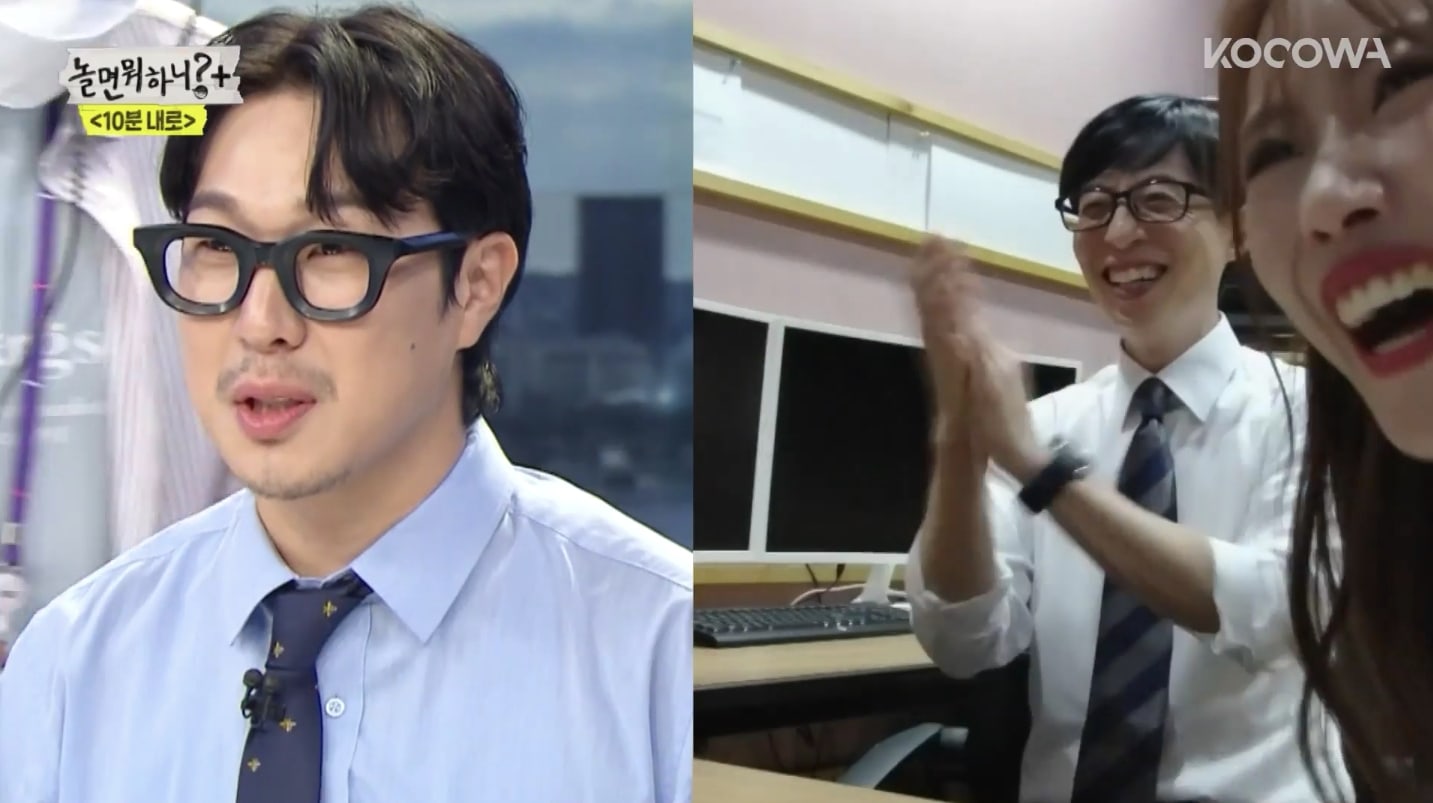 HaHa’s transformation into a news anchor for the “11 O’Clock News” will air on next week’s episode of “How Do You Play?” on September 4.

In the meantime, watch the latest episode of “How Do You Play?” with English subtitles below!

Lovelyz
Yoo Jae Suk
Mijoo
HaHa
How Do You Play?
How does this article make you feel?