On the August 29 episode of KBS’s “2 Days & 1 Night Season 4,” the cast participated in a “summer song party” special.

To add to the excitement, the PD shared that a special guest singer had been invited on the show. As a hint, the PD said that the singer was associated with “pink,” prompting speculation about girl groups like BLACKPINK and Apink.

The PD designated Ravi and Moon Se Yoon as special escorts for the special guest singer, but despite the other cast members’ expectations, the “guest singer” turned out to be BOOKKU DDOONG (Moon Se Yoon’s pink alter ego) and Ravi. The two of them had released a song together called “SHY DDOONG” and even performed on music shows. However, the rest of the cast did not know this and were shocked at how well Moon Se Yoon danced and the fact that he had released a song.

Moon Se Yoon introduced himself as “Rookie singer BOOKKU DDDONG” and said that Ravi had written the song for him. Ravi explained, “Moon Se Yoon is always telling me that I should write him a song when I had time. It was on my bucket list. That’s why I decided to write the song from something that Se Yoon always says.” [The Korean title of the song is “I’m surprisingly shy.”]

Yeon Jung Hoon asked Ravi if he had invested money in the project and Ravi said, “No, it was Se Yoon who invested,” revealing that the album was produced out of Moon Se Yoon’s own pocket.

Ravi and Moon Se Yoon also promised that if the song ranked within the top 100 of the three major music charts, then Moon Se Yoon would really dye his hair pink. (For himself, Ravi negotiated that he would dye just part of his hair pink, as he is a featuring artist on the song.) 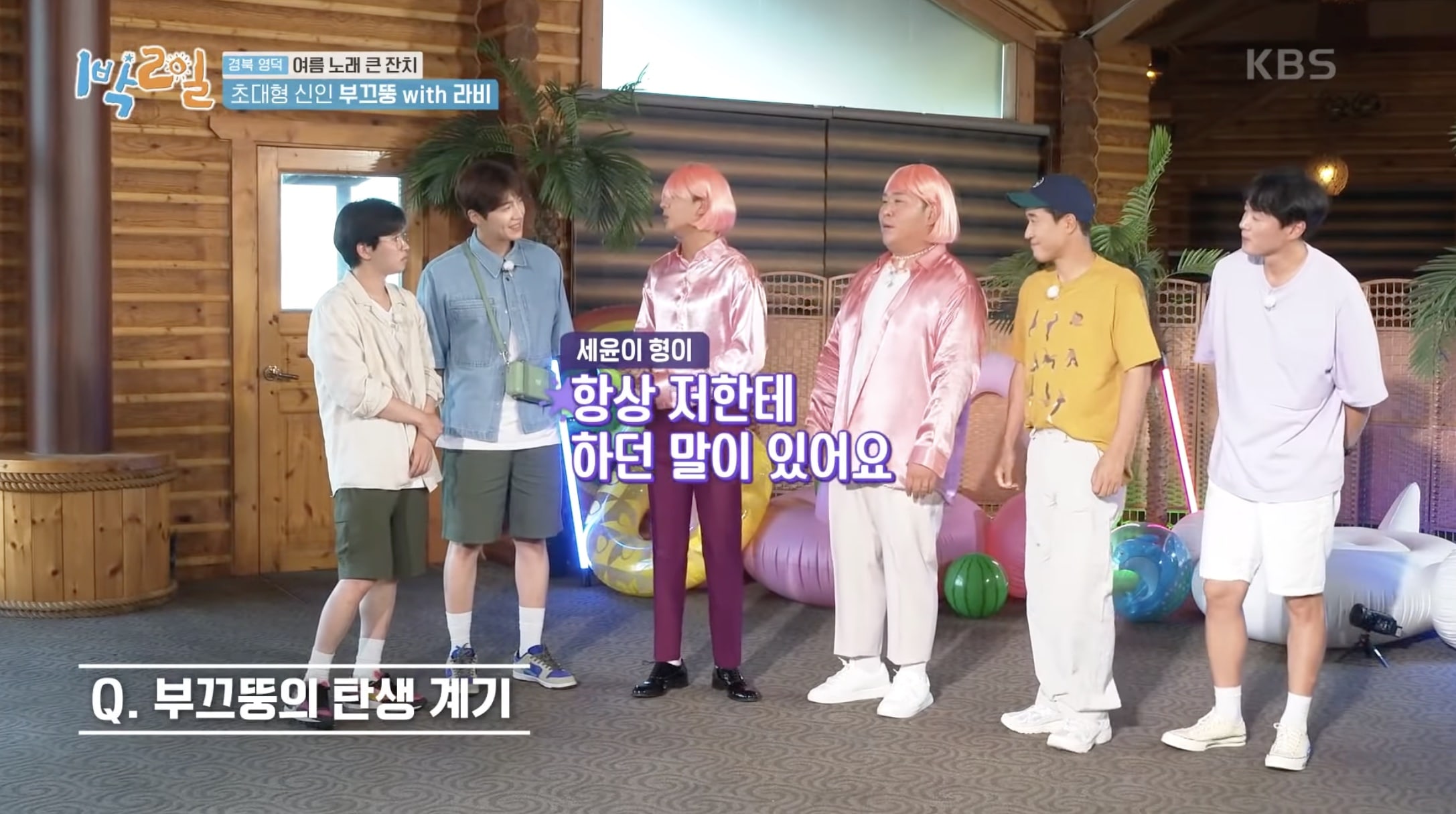 After the performance, Moon Se Yoon and Ravi revealed that their entire project had taken them less than a month. Moon Se Yoon said, “I was always telling him, ‘It doesn’t have to be an expensive song. It can just be something cheap.’ One day, he called me and showed me a song, and as soon as I heard the melody, I knew I had to do it. After he polished it up, I showed it to my wife and she looked like she was going to cry. She said the lyrics were so sad.”