Get ready for Jinyoung and Krystal to get one step closer on the next episode of “Police University”!

“Police University” is a new KBS drama about the chaotic investigation that ensues when a professor at an elite police university teams up with a student who happens to be a genius hacker. B1A4’s Jinyoung and f(x)’s Krystal star as university students Kang Sun Ho and Oh Kang Hee, while Cha Tae Hyun stars as passionate detective-turned-professor Yoo Dong Man.

On the previous episode of “Police University,” Kang Sun Ho tried to win Oh Kang Hee a special leave during the sports festival so that she could attend her mother’s trial. However, he ultimately had to forfeit his race and rush back to his dorm when the sensor on his laptop was triggered, alerting him to the presence of an intruder.

Not only did Kang Sun Ho fail to achieve his goal of helping Oh Kang Hee, but he later saw his romantic rival Park Min Gyu (played by Chu Young Woo) doing what he had hoped to do himself: offering Oh Kang Hee his special leave and then confessing his feelings for her.

Fortunately, however, it appears that this minor setback won’t stop Kang Sun Ho and Oh Kang Hee’s budding romance from continuing to bloom. Newly released stills from the drama’s upcoming episode show the two students spending some quality time together at Kang Sun Ho’s house, where Oh Kang Hee even gets to know his dad.

Notably, Oh Kang Hee is dressed in casual, pajama-esque clothing that makes her look right at home in Kang Sun Ho’s house, and she also wears a bright, relaxed smile that reveals how comfortable she is. As Kang Sun Ho’s dad whips up a meal for the two of them, the trio practically looks like one family.

Kang Sun Ho, on the other hand, can’t seem to hide his nerves as he gets adorably shy around his crush. 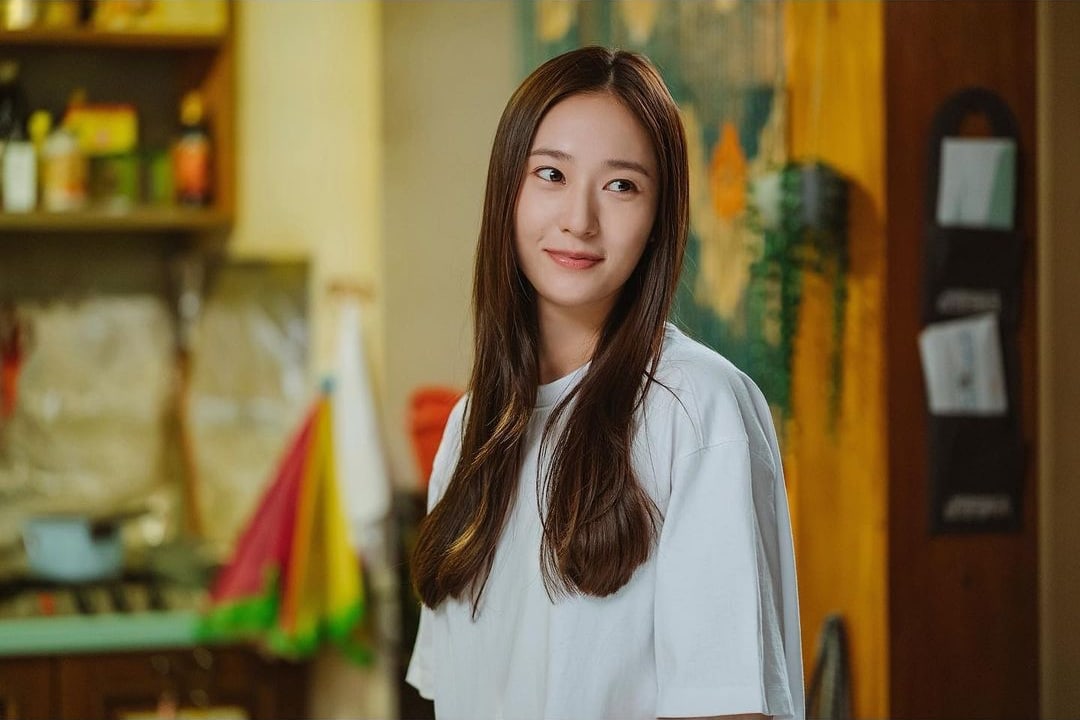 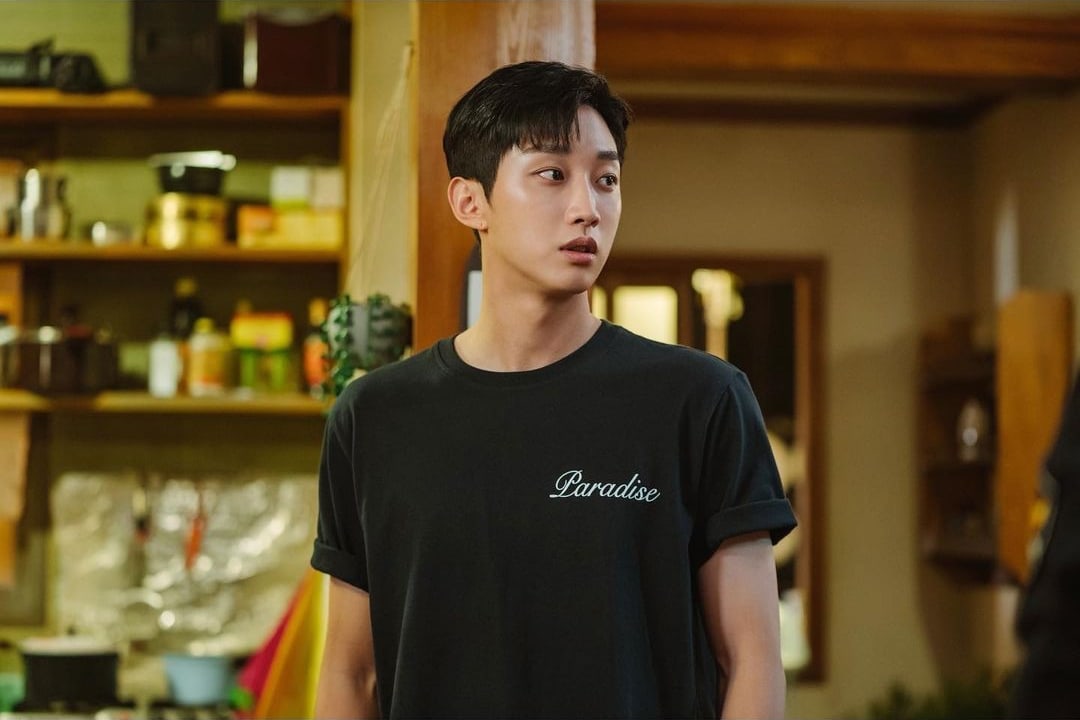 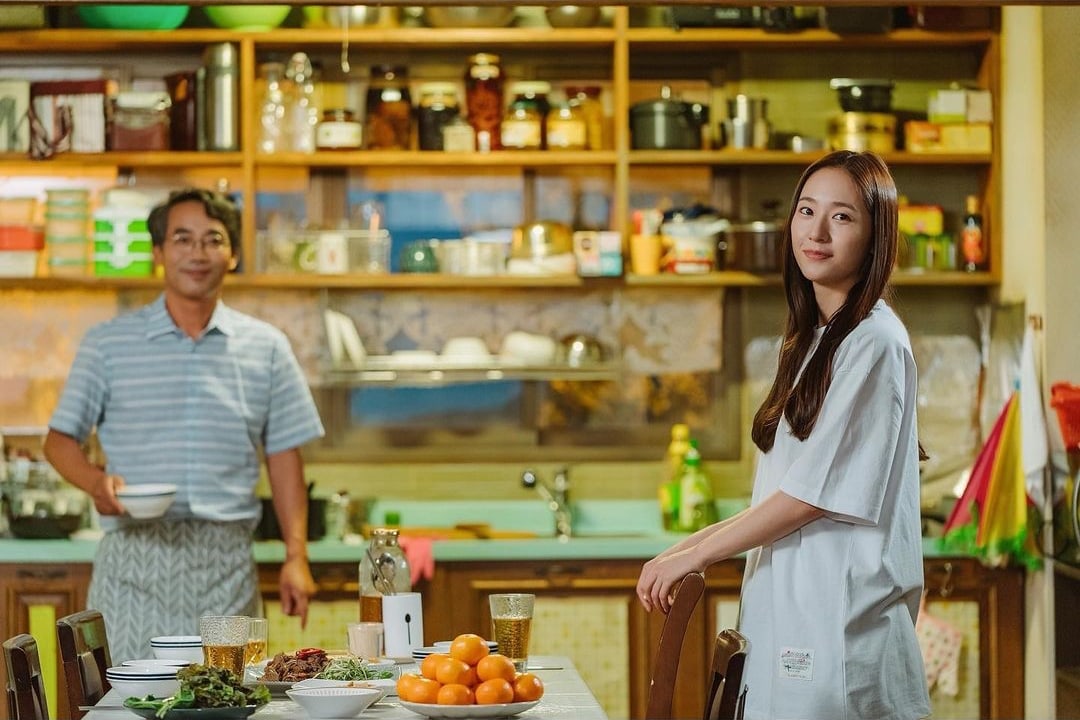 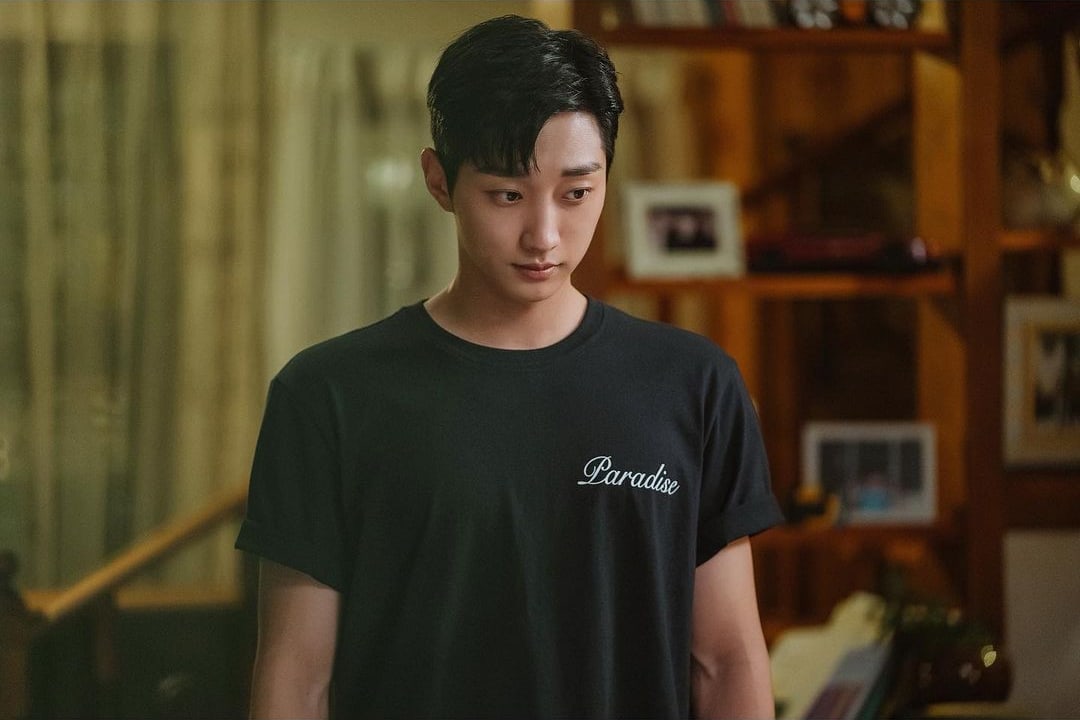 The producers of “Police University” teased, “You’ll be able to feel the heartwarming vibes of Kang Sun Ho and Oh Kang Hee’s romance as they get one step closer in tomorrow’s episode. Please stay tuned to find out if the two of them will be able to successfully find love amidst the suspense and precarious situation caused by the mysterious forces surrounding the police university and the illegal gambling ring.”

To find out how Kang Sun Ho and Oh Kang Hee manage to get leave from the university—and how they wind up at his house—tune in to the next episode of “Police University” on August 30 at 9:30 p.m. KST!