The professors of KBS 2TV’s “Police University” are finally bonding with one another!

“Police University” is a new KBS drama about the chaotic investigation that ensues when a professor at an elite police university teams up with a student who happens to be a genius hacker. B1A4‘s Jinyoung and f(x)’s Krystal star as university students Kang Sun Ho and Oh Kang Hee, while Cha Tae Hyun stars as passionate detective-turned-professor Yoo Dong Man.

Previously, a fierce competition took place at the sports festival in order to win a special leave from the university. In the midst of an intense battle, an unknown outsider touched Kang Sun Ho’s laptop and set off the alarms he had prepared. Kang Sun Ho had to give up the race in the middle to run back to his dorm, only to discover that someone had broken his family portrait. Furthermore, Kang Sun Ho’s investigative partner Yoo Dong Man also discovered a bugging device beneath the desk in his office, foreshadowing even more danger in the future.

In the new stills, Yoo Dong Man, Kwon Hyuk Pil (Lee Jong Hyuk), and Choi Hee Soo (Hong Soo Hyun) spend amicable time together at the fishing ground. The three professors, who often used to bicker, appear one step closer as they gather together to share their inner thoughts.

However, the atmosphere gets more serious as Yoo Dong Man shares an anxious and sorrowful expression. Choi Hee Soo fixes her gaze on him with an expression full of worry, creating a tense atmosphere. 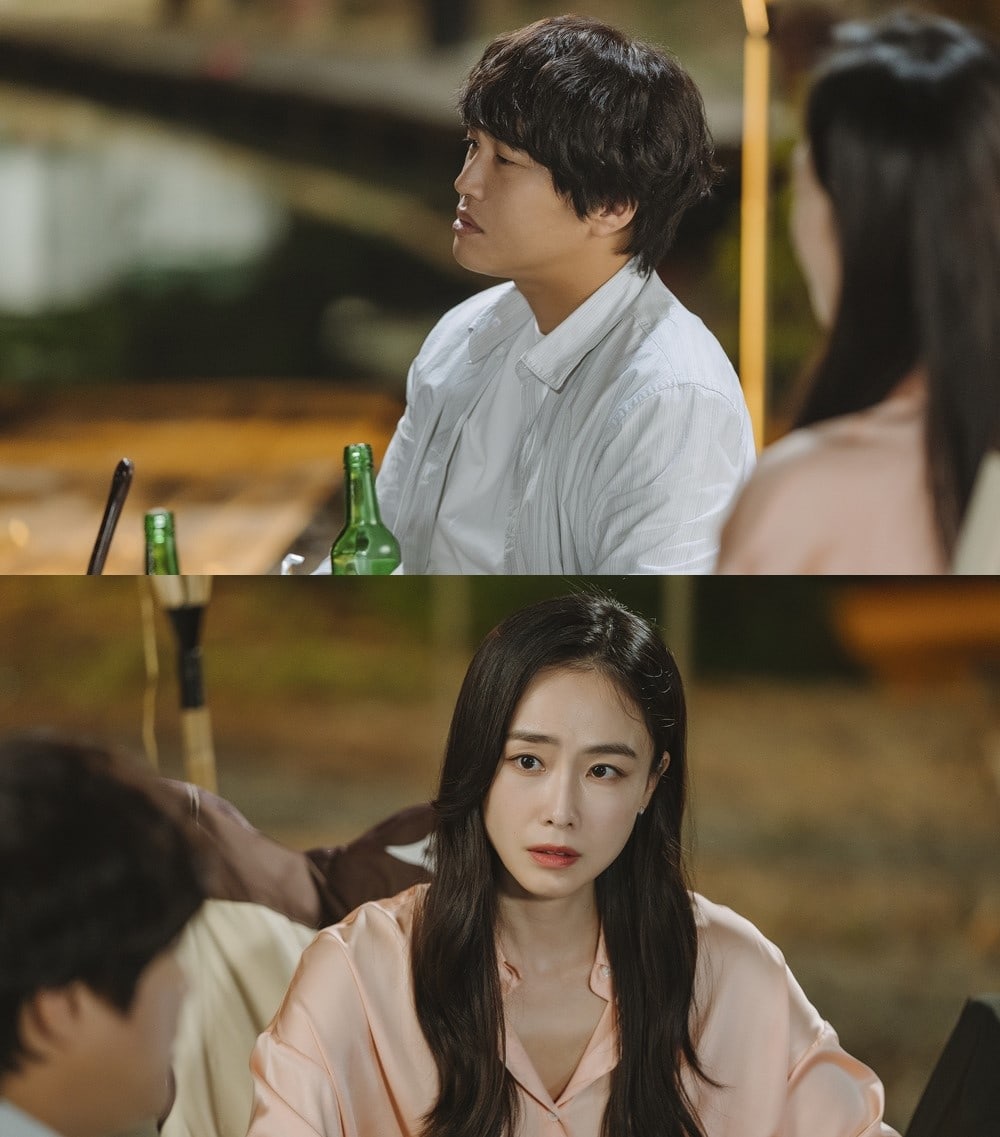 However, just as the atmosphere is about to become heavier, Kwon Hyuk Pil changes the mood around with a few simple words that show his tsundere nature (appearing cold on the outside but actually thoughtful on the inside). Viewers are curious to learn what Yoo Dong Man is concerned about and how Kwon Hyuk Pil will comfort him. 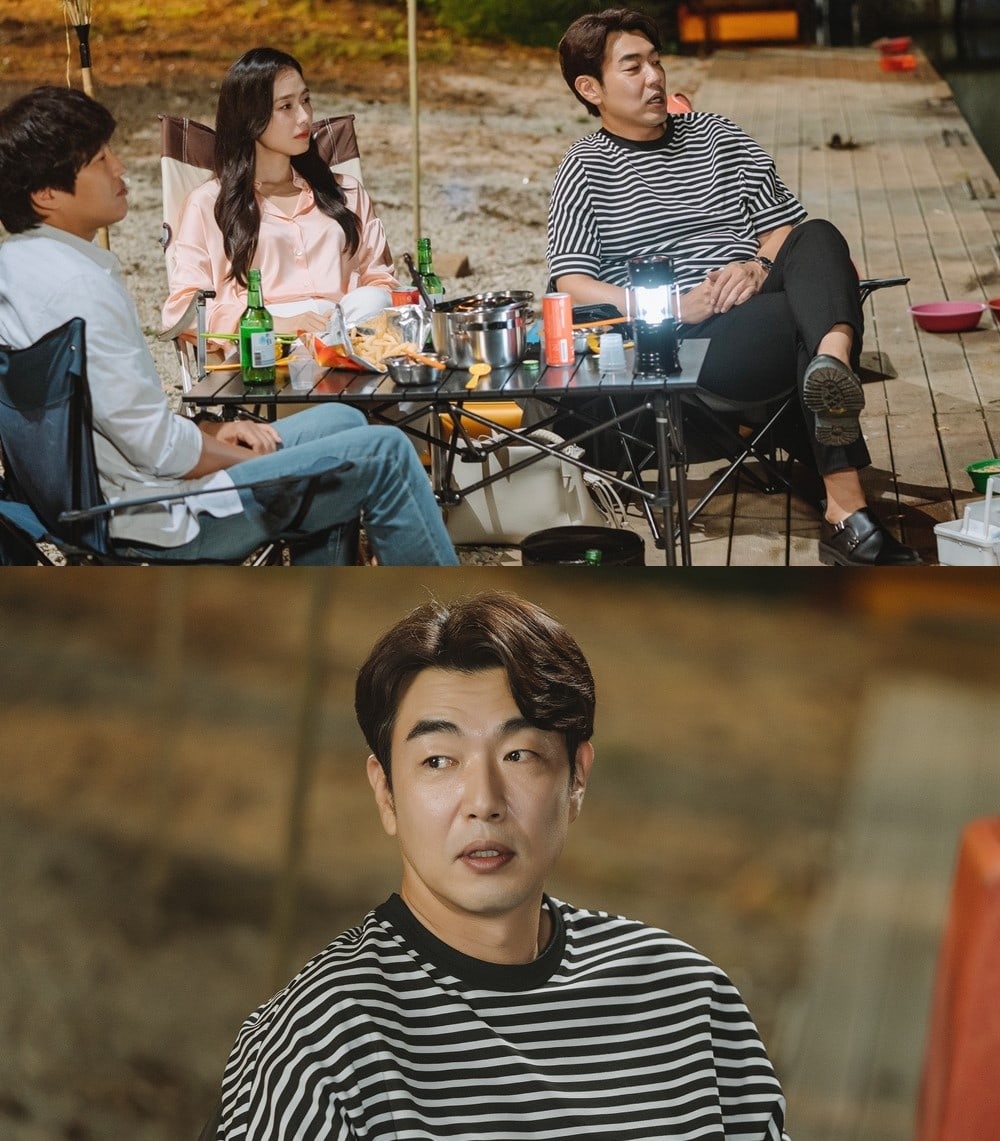 Catch up on the drama with English subtitles: