“Dali and Cocky Prince” is a new drama about the romance between Jin Mu Hak, a man who lacks schooling and book smarts, but is extremely resourceful and talented at making a living (played by Kim Min Jae), and Kim Dal Li, a woman who is intellectually polished and comes from an elite background, but doesn’t know how to take care of herself (played by Park Gyu Young).

In the newly released stills, Jin Mu Hak and Kim Dal Li meet for the first time at the airport. Both characters are dressed as if they’re going to a party. Jin Mu Hak shows up in a black-and-white suit, while Kim Dal Li looks splendid in her sky blue dress and a black feather in her hair. 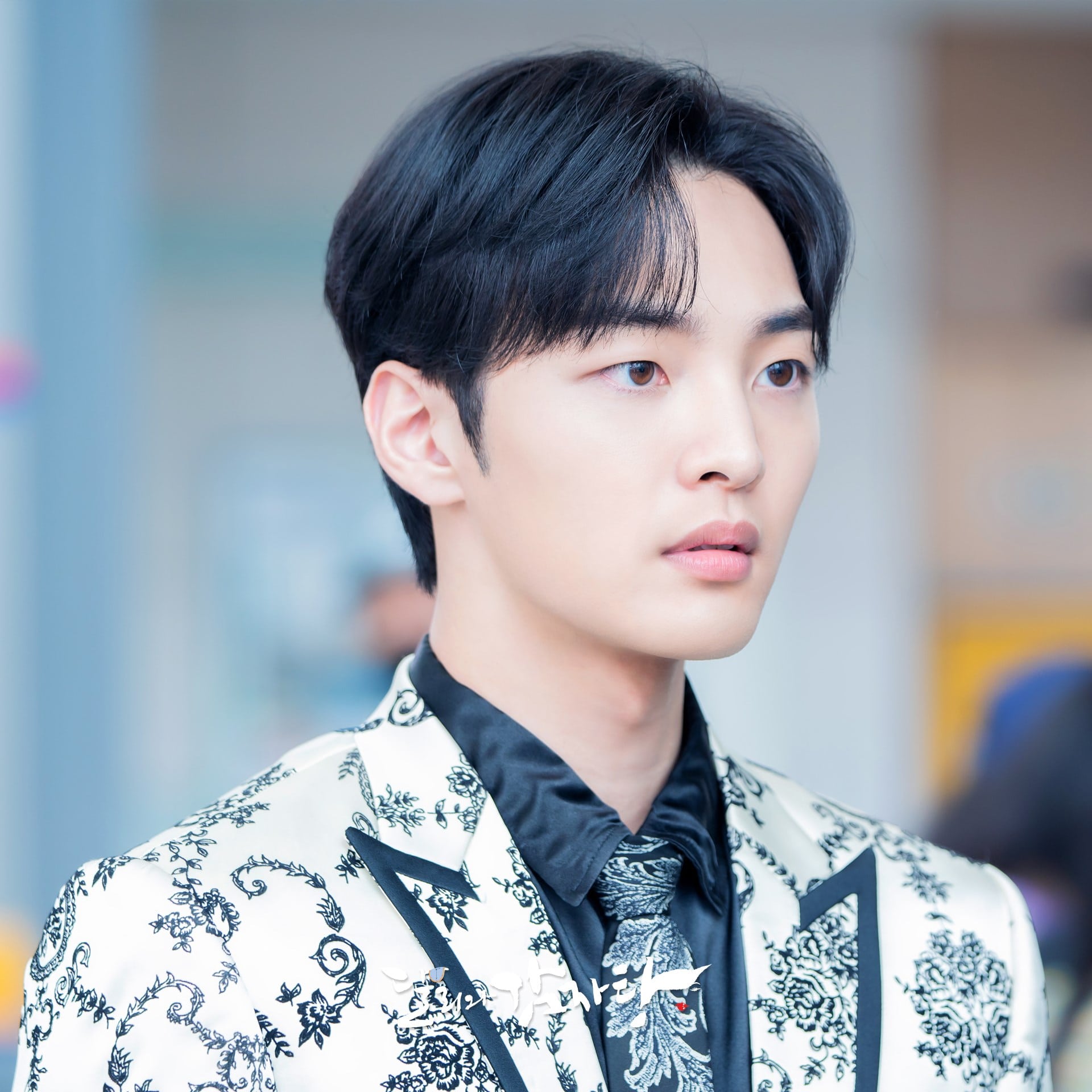 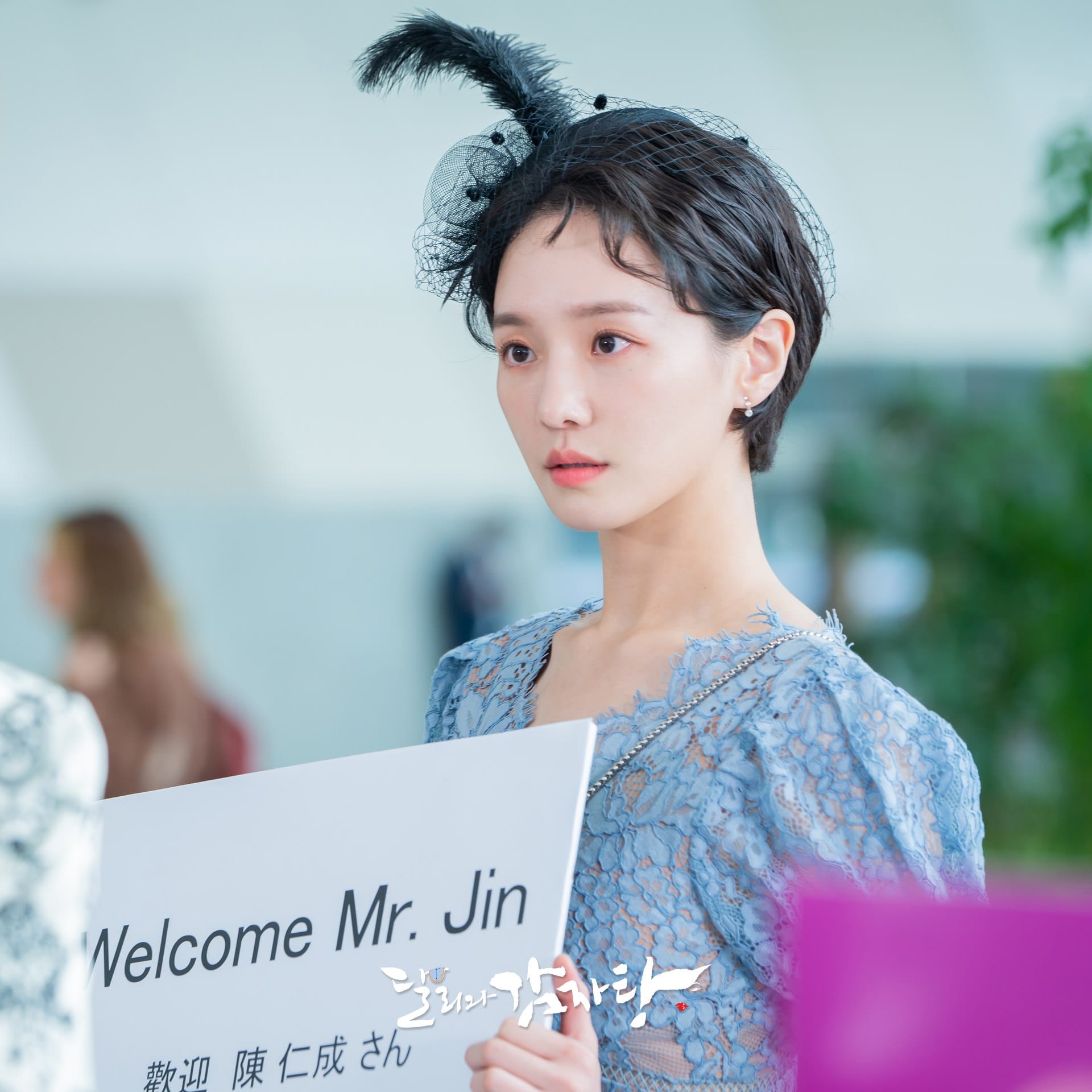 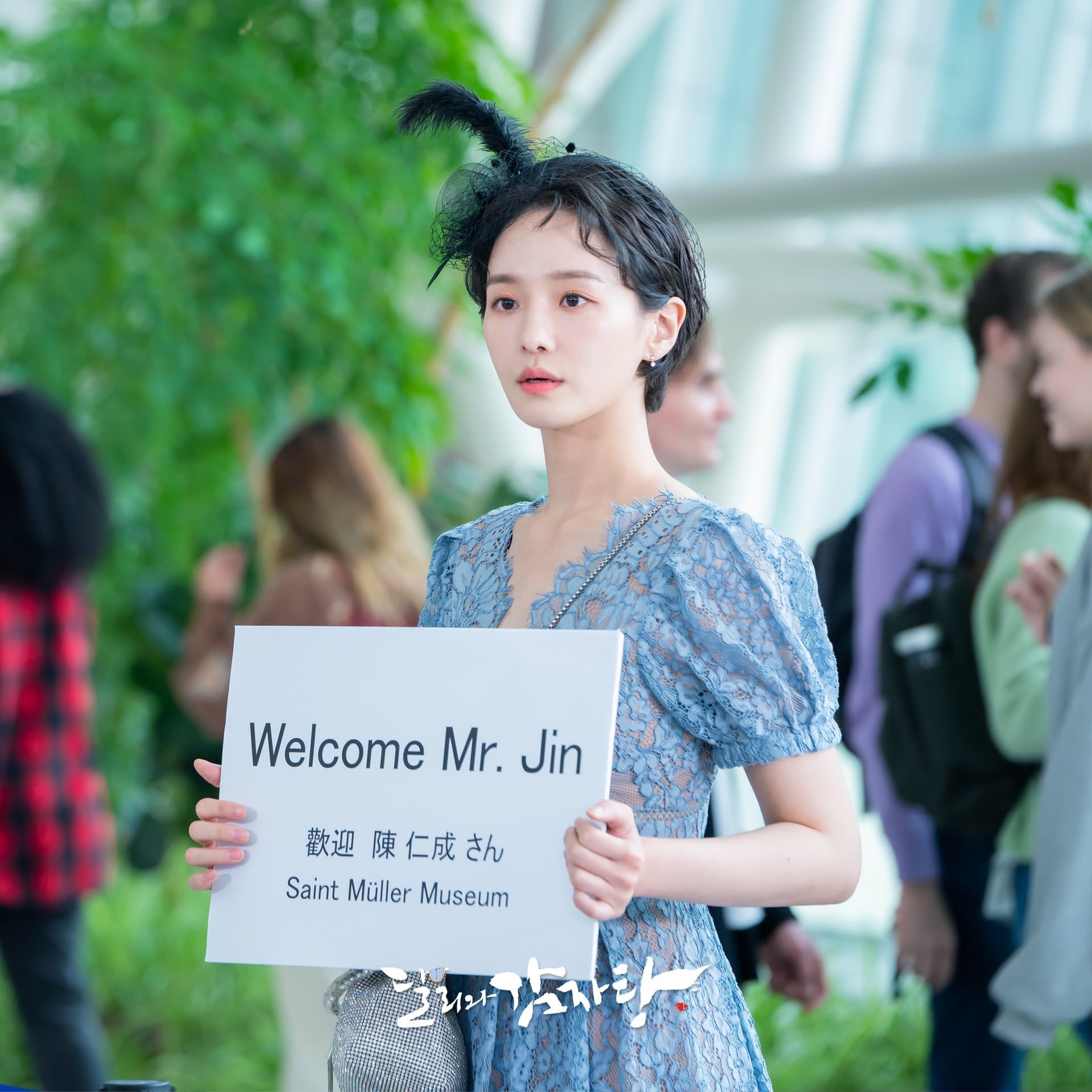 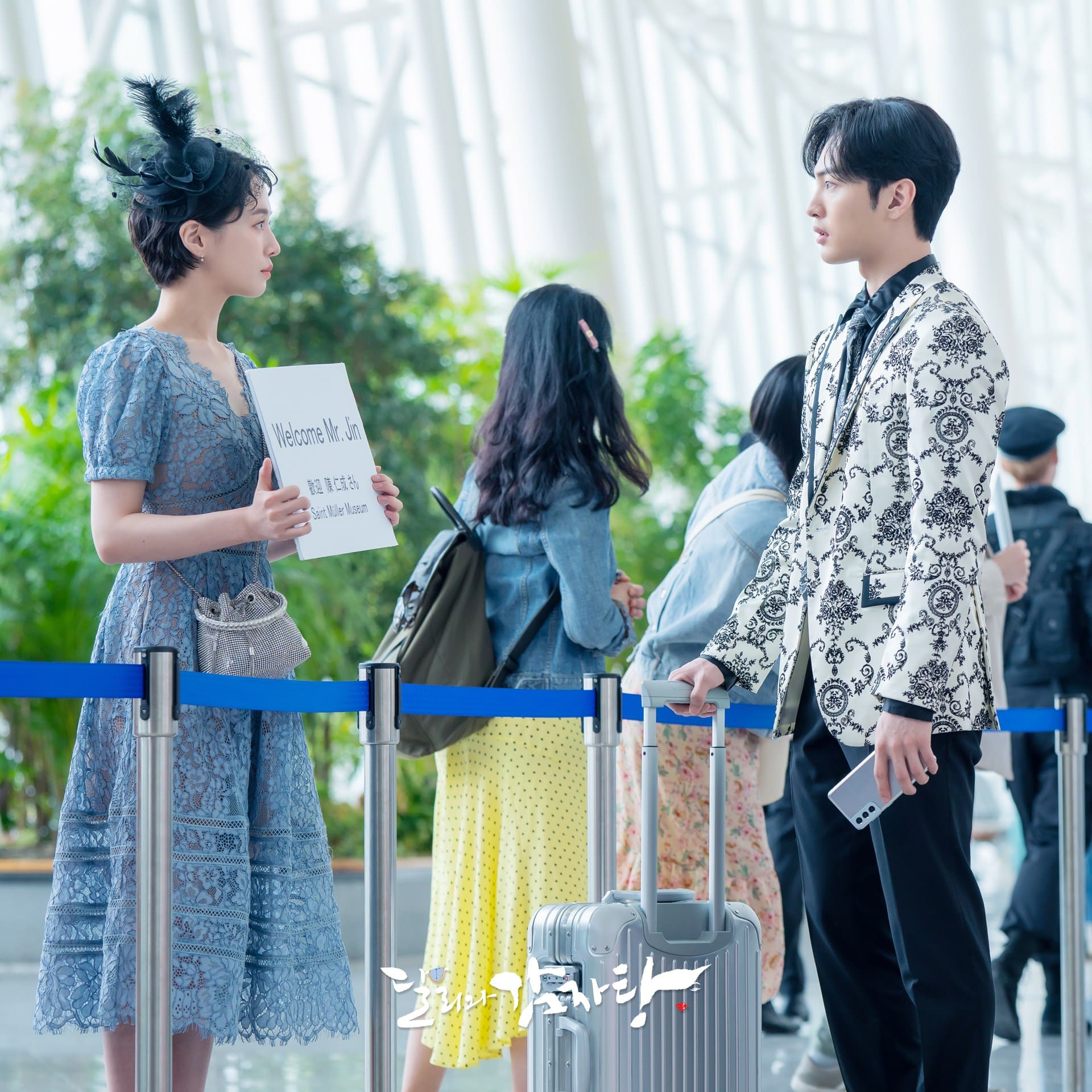 The drama’s production team commented, “[The drama] will depict Jin Mu Hak and Kim Dal Li’s first dream-like encounter that seems like time has stopped. Please look forward to finding out what caused the two characters to meet each other in fancy attire and gaze at each other in an unusual way and whether they will be connected by fate or an ill-fated relationship.”

In the meantime, watch Kim Min Jae in “Do You Like Brahms?“: