BTOB Talks About Stealing The Scene In Cinematic New Music Video, The Message Of “Outsider,” And More

On August 30, BTOB held an online press conference for the release of their special album “4U: OUTSIDE.”

In the music video of the title track, “Outsider,” the members paid homage to famous movies. Eunkwang said, “We thought it was really cool when we watched it. It’s in an omnibus format.” Changsub, who appears first in the music video, said, “I wanted to show the ordinary person being crushed under the weight of everyday life. Later, I succeed by my own efforts and become like Gatsby.”

Peniel’s segment paid tribute to James Bond, while Minhyuk’s was based on “Sin City.” Minhyuk said, “I wanted to showcase the lonely, dark, and powerful images through the lyrics.” Eunkwang said, “I was in a zombie movie. I was made up like the zombies in ‘Warm Bodies.’ It’s been a while since I was made up like that and it was really fun. I was a zombie who falls in love.” 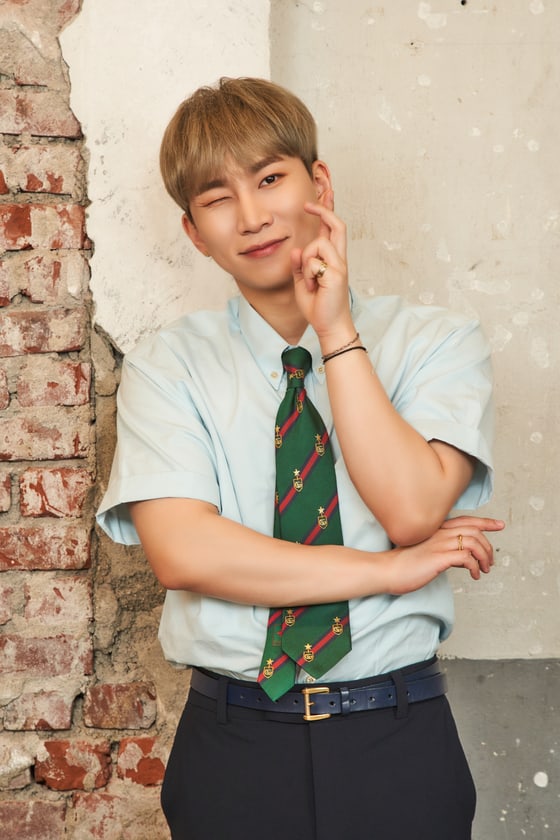 The other members picked Changsub as the “scene stealer” of the music video. Eunkwang said, “I think that he started it off well.” Minhyuk said, “The rest of us had segments that aren’t really relatable to everyday life, but Changsub played a part that everyone could relate to.”

Changsub said, “There’s a reason that this scene turned out so well. It was at the very end of the timetable. We started filming in the morning and it wasn’t until we finished filming all the group scenes that I filmed this scene at the end at dawn. I wondered if the director had set it up like that so I could realistically portray what it was like to be beaten down by life, but it was just a set issue. It was really tiring.” 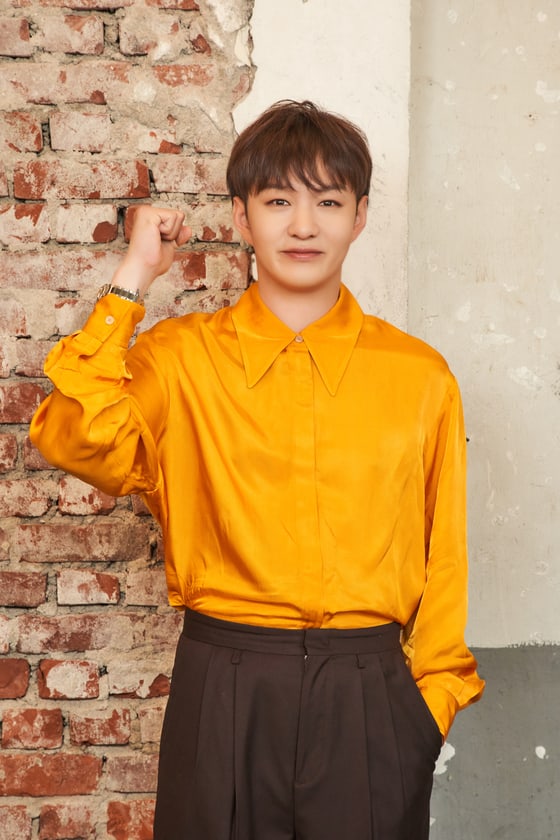 Minhyuk said, “My filming was mostly green screen. I had to imagine what would show up behind me. I haven’t had a lot of experience with this, so it wasn’t easy. I just acted with the movie that I was paying homage to in my mind.”

Asked why “Outsider” had been chosen as the title track, Eunkwang said, ‘The song ‘Outsider’ is something that represents a new challenge for BTOB. It was a challenge for us performance-wise and genre-wise, but we were also able to showcase the image that we previously showed in ‘Kingdom: Legendary War.'” Peniel added, “‘Outsider’ was the one where we could visualize the performance. We also held an internal vote within the company.” 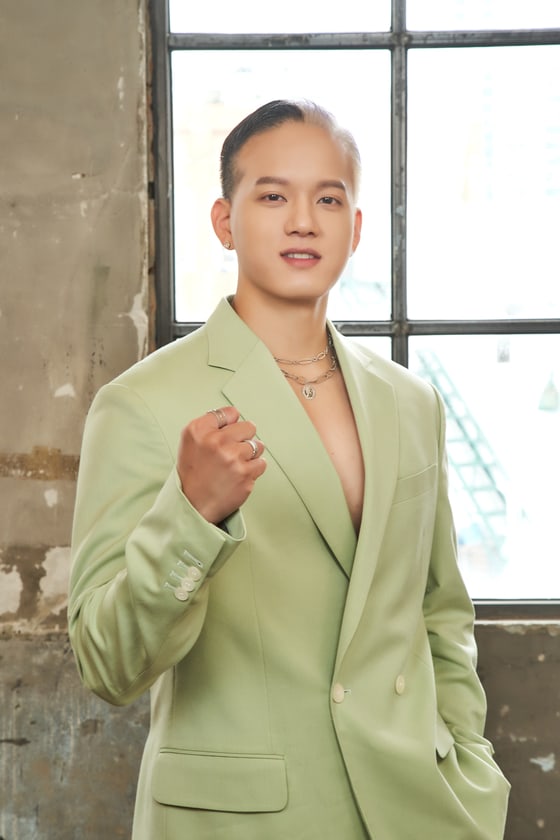 About the message of “Outsider,” Changsub said, “It’s not about the usual meaning of ‘outsider,’ but rather that you want to break outside the routine patterns of everyday life and become stronger. It’s a ‘healing song.'” Eunkwang said, “I think it’s like a pearl. Pearls are extremely special. Of all the things in the ocean, how special is it that there’s a gemstone like a pearl? I think that everyone is a special person like a pearl.” 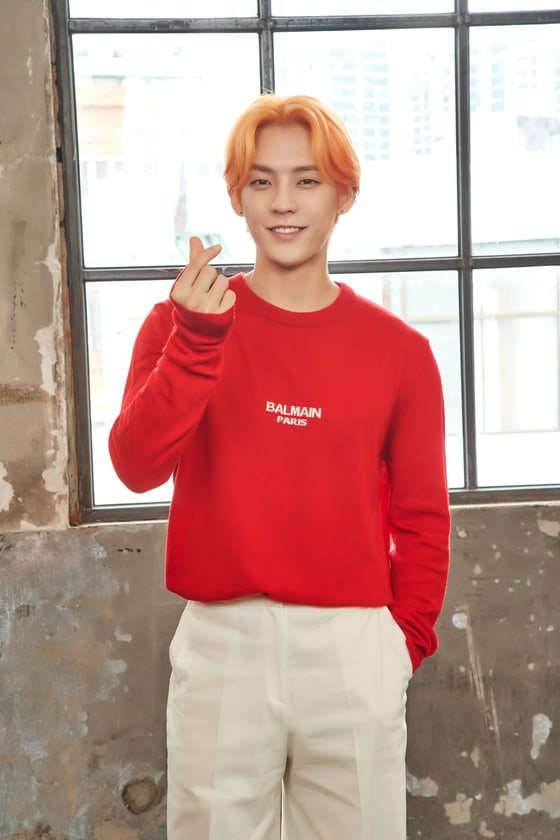 BTOB, who debuted in 2012, are approaching their tenth anniversary together. Eunkwang said, “Things change with the times, but we won’t fall behind and we’ll keep pace with our own growth.” Changsub said, “I think that BTOB’s spectrum got wider through ‘Kingdom.’ A lot of people know that we’re a vocally strong group, but I wanted to show that we’re professionals when it comes to performance as well.”

Asked about tenth anniversary plans, Minhyuk said, “We’re all working hard now, and Hyunsik and Yook Sungjae will be back soon. We’re all doing the best we can from wherever we are.” Eunkwang said, “I really want to show BTOB as a full group again at a tenth-anniversary concert next year.” Changsub added, “I really want to see our fans in person again when COVID-19 is over. I dream of this every day nowadays.” 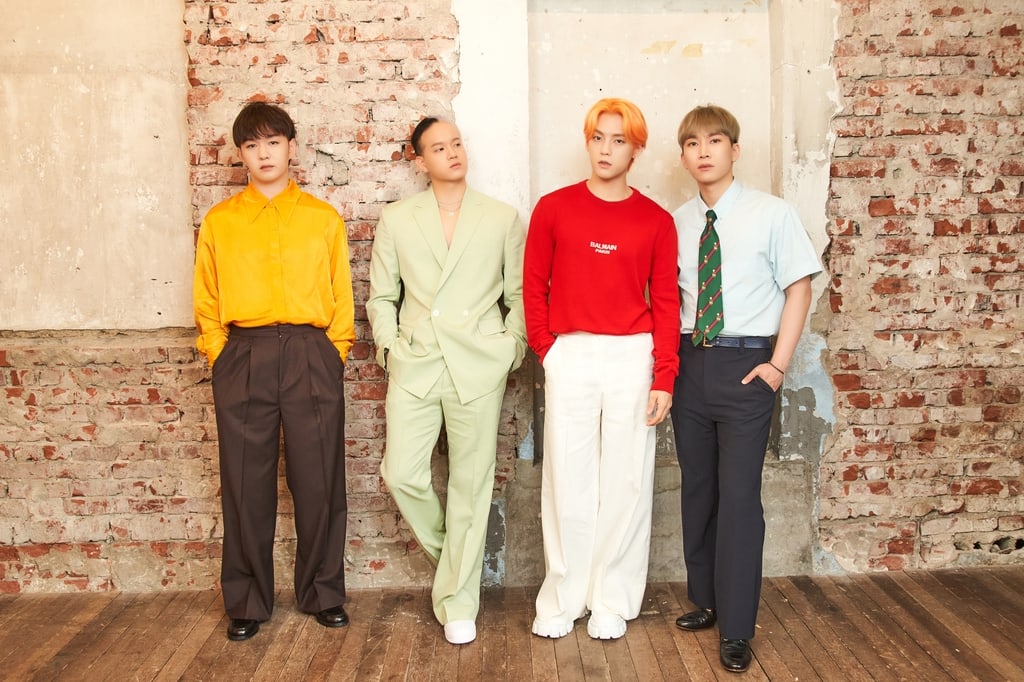 Check out the MV for “Outsider” here!