GOT7’s BamBam Talks About Expressing Himself Through Solo Album “riBBon,” His Love For Staying Home, And More

GOT7’s BamBam is full of allure for his Singles magazine pictorial!

Appearing on the set with a gentle smile, BamBam modeled the smoky makeup and extravagant suit with a soft charisma. As one of the fashion icons of the entertainment industry, the artist asked in detail about the clothes and used diverse poses to make them shine even more. BamBam conveyed another level of maturity with his piercing gaze. 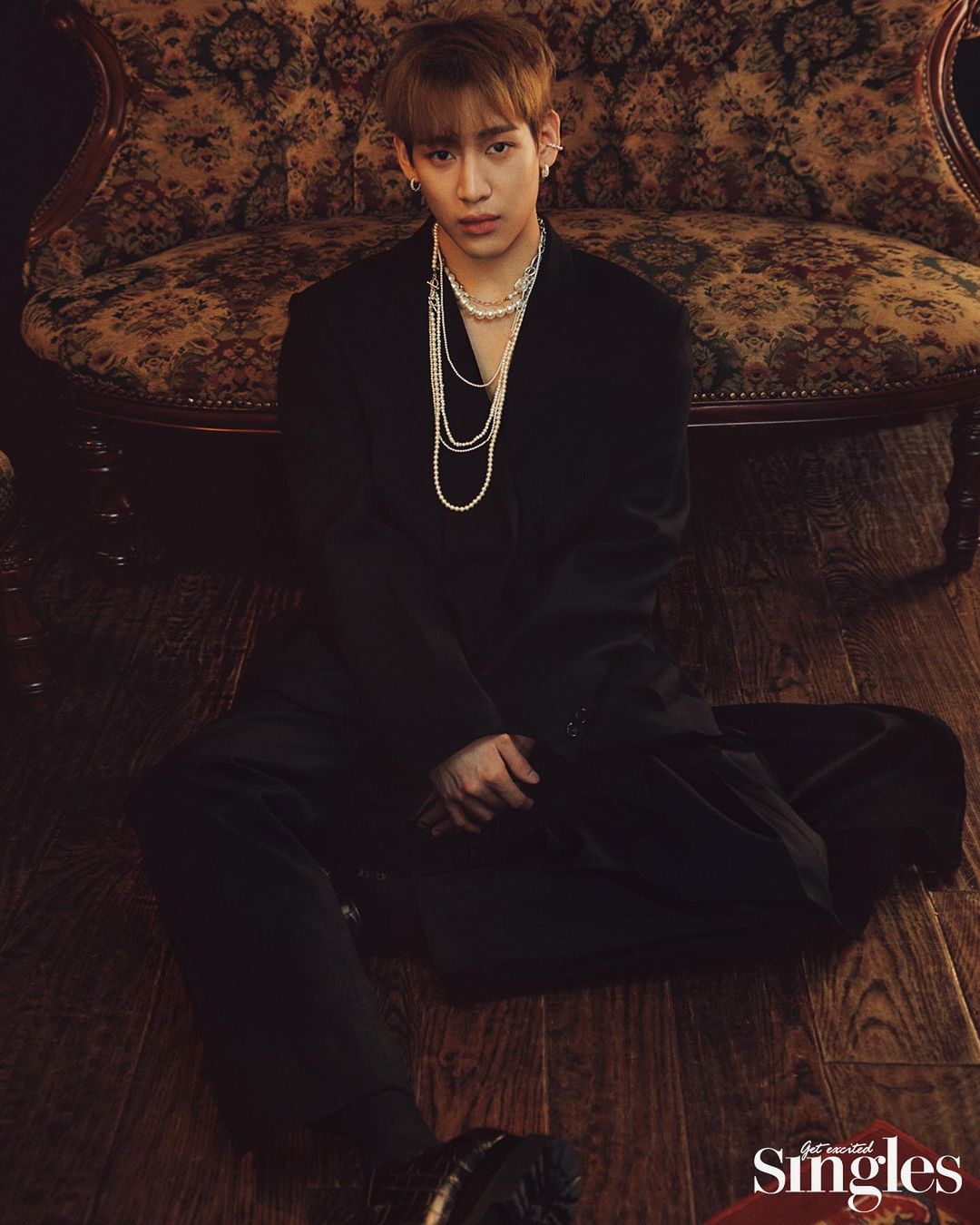 Following his departure from JYP Entertainment, BamBam released his first solo album “riBBon” in June. The album title alluded to the word “reborn,” highlighting how he was reborn as a solo artist. Picking the title track “riBBon” as his favorite, BamBam explained that he had tried to honestly express himself and capture his story by participating in the composing and lyric-writing for the song. The artist elaborated, “It may seem typical, but I can’t help it because it’s the song I’ve grown most fond of. I performed it and filmed a music video for it, and we made a lot of corrections during that process. Since a song released like that had a good response, I felt like I was off to a good start.” 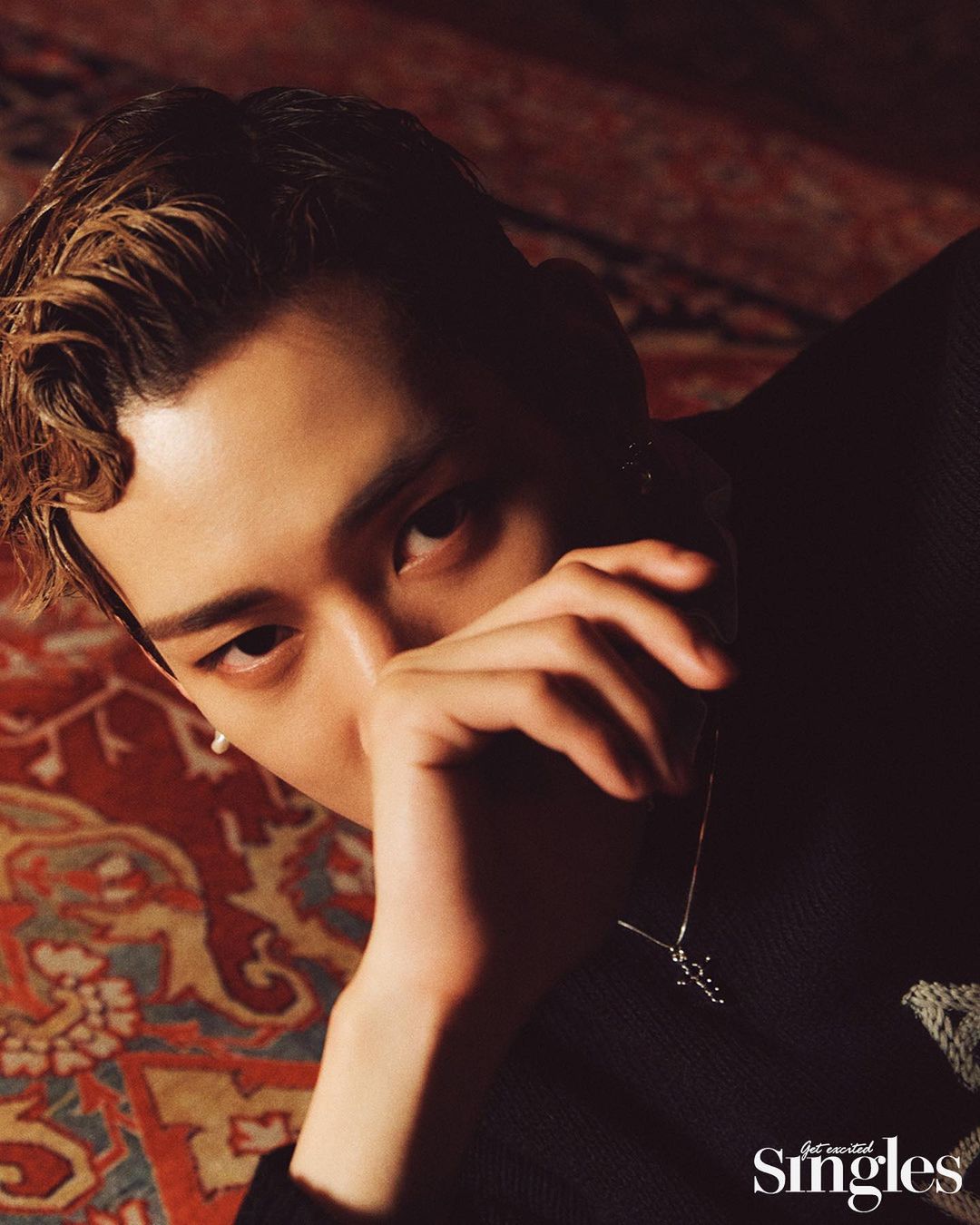 Regarding his first experience as a solo artist, BamBam shared, “Working on the song was on the easy side because I could just express it in my style from start to finish, but since I had to figure out everything on my own, the parts that I’m lacking in were clearly visible, so I continuously worked hard.”

BamBam had been one of the first male K-pop artists to take on various unconventional styles for the first time, rocking color lenses and a choker for performances and also trying out black gel nails to go along with his suit. BamBam revealed that he had gained the inspiration to wear a choker after seeing one in the film “Joker.”

Furthermore, the idol also talked about his love for staying at home. He shared, “If I can help it, I do everything at home. I watch movies alone, exercise, or sing. In between that, I film for YouTube.” He explained that he researches endlessly in order to not miss the trends while recharging himself at home. 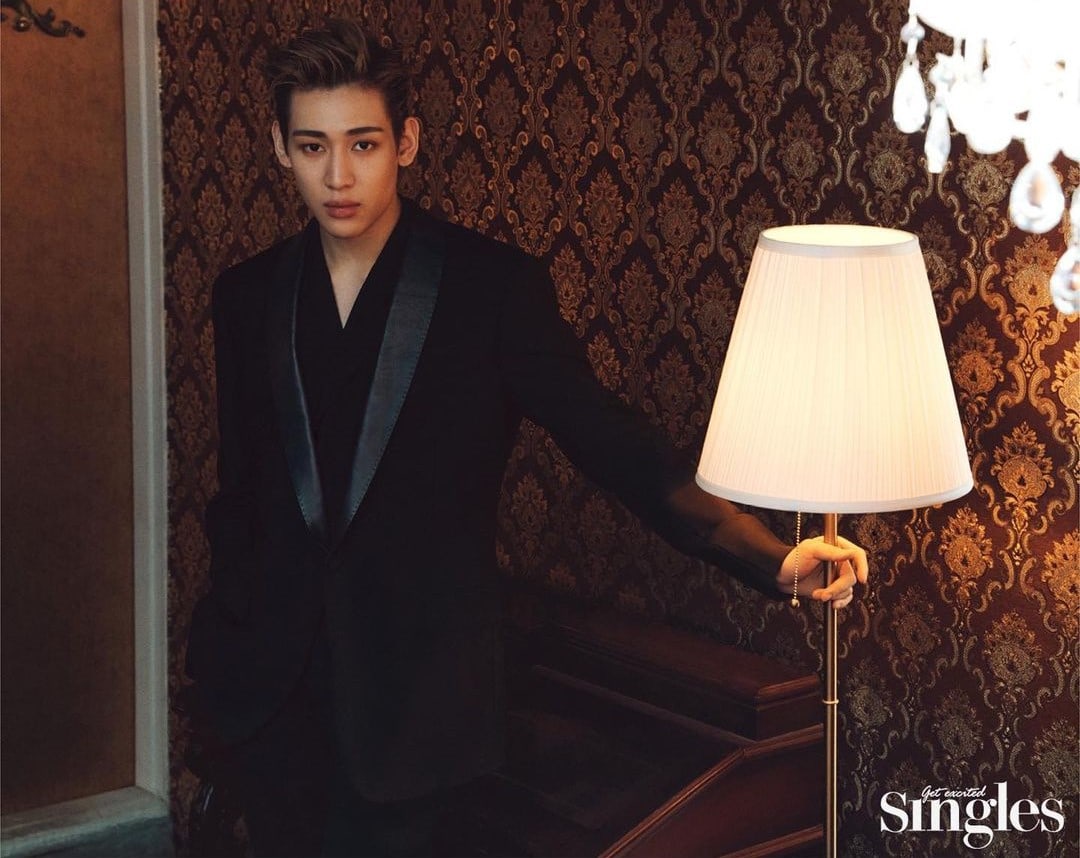 In addition to placing No. 1 on domestic real-time streaming charts, “riBBon” topped iTunes Top Albums charts in at least 34 regions around the world. Following his successful solo debut, BamBam plans on continuously communicating with fans all over the world through different channels.

GOT7
BamBam
Singles
How does this article make you feel?