For the third year in a row, BTS has won MTV UK’s Hottest Summer Superstar!

On August 29 local time, it was revealed on MTV UK’s official website that BTS was chosen as this year’s MTV Hottest Summer Superstar based on their ninth annual poll.

As shown below, BTS came in first in the rankings with over 19.3 million votes. 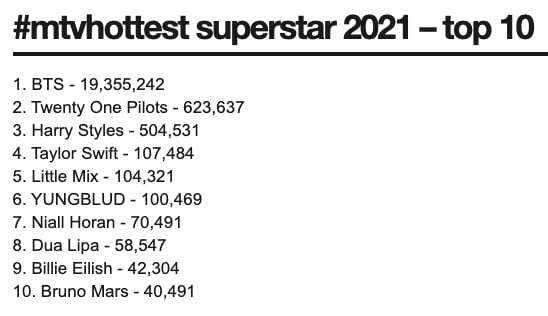 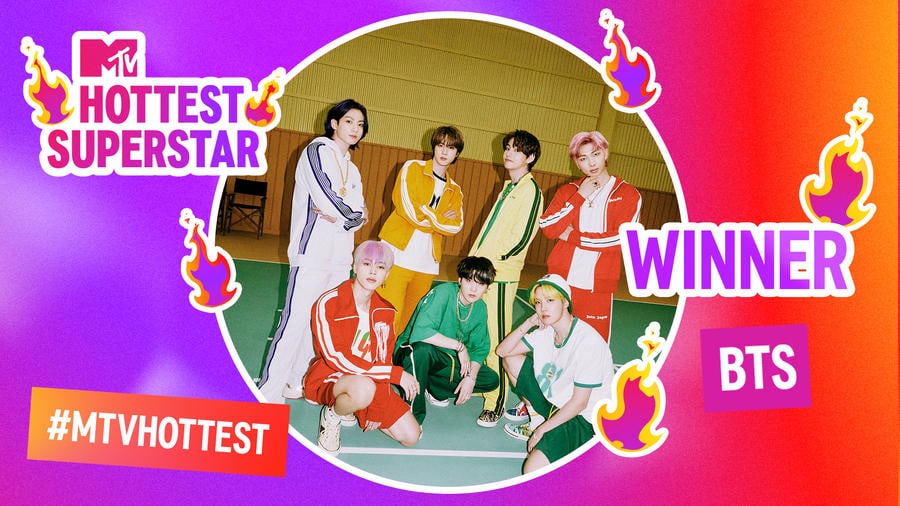