5 Most Memorable and Heartwarming Lines From “Hospital Playlist 2”

The “Hospital Playlist” series is about five doctors who are best friends and tells the everyday stories of a hospital. Below are five of the best lines from the show that showed the characters’ sense of duty as doctors and resonated with viewers.

Always overflowing with a refreshingly bright energy on a normal basis, Lee Ik Joon portrays a different kind of charm as a doctor. As an apology for acting sensitive before his father’s liver transplant surgery, a patient delivered snacks to the hospital ward. However, Jang Yoon Bok (Cho Yi Hyun) still expressed her discomfort at the patient’s attitude. Seeing this, Lee Ik Joon commented, “This may be something we experience everyday, but to the patients, this is the biggest hurdle in their lives and their most significant moment. I think I would have acted like him too. I would have been sensitive as well.” He continued, “My family’s life is on the line, so why would it matter how other people see me? Yoon Bok, don’t think that the patient and the patient’s family don’t know anything. They know. That’s why we have to make an effort to understand them.” The scene portrayed Lee Ik Joon’s considerate and thoughtful nature behind his playful attitude. 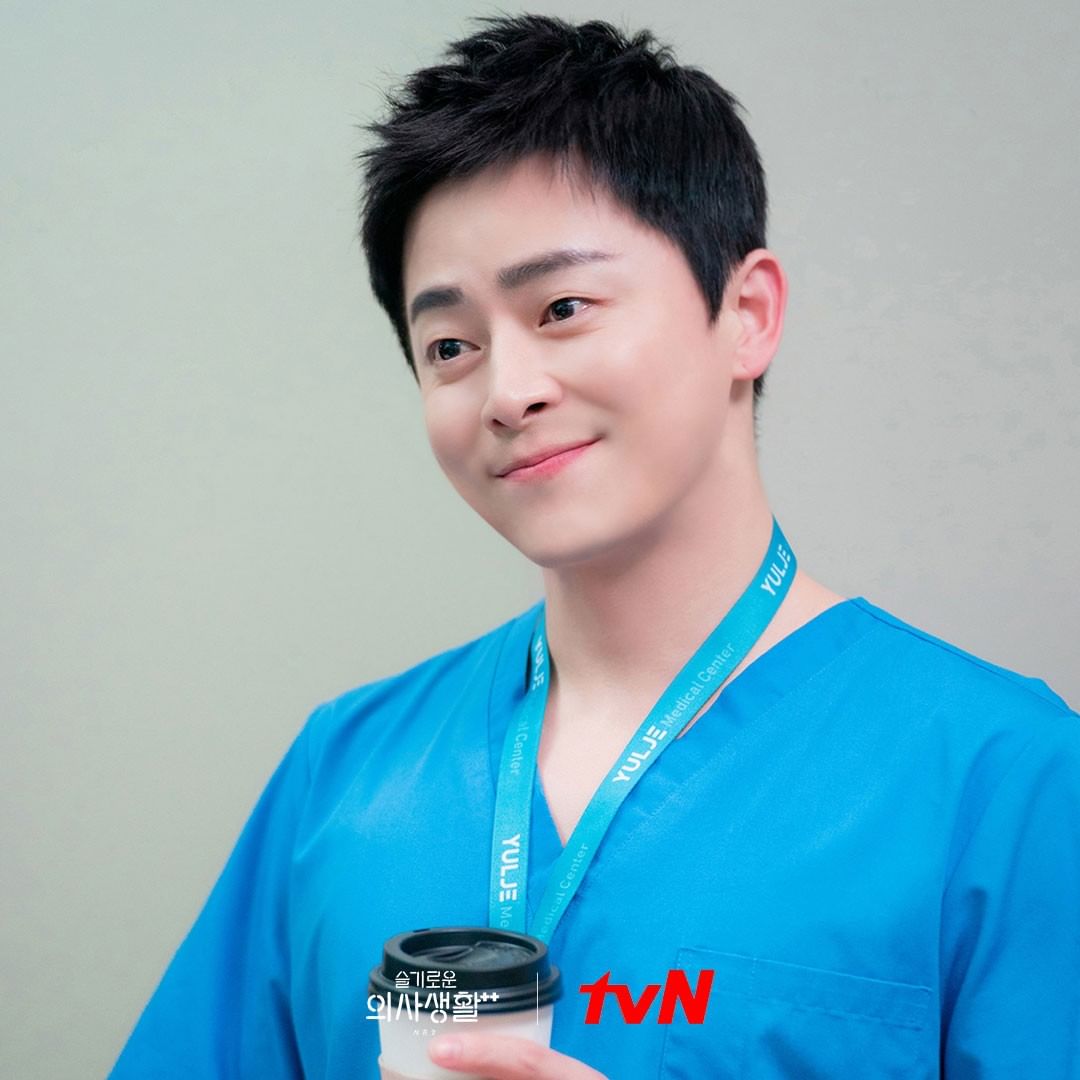 As a doctor who always understands the feelings of the patients and their guardians better than anyone else, Ahn Jung Won reassured a baby’s mother and her family right before a surgery. After hearing the mother-in-law trying to blame the mother for the baby’s illness, Ahn Jung Won purposefully told her, “You must be her mother. It’s not your daughter’s fault. This isn’t something that happens because of someone’s fault, but it’s something that just happens.” Both the baby’s mother and maternal grandmother were touched to hear Ahn Jung Won’s reassuring and heartwarming words as he depicted what a perfect doctor should be like. 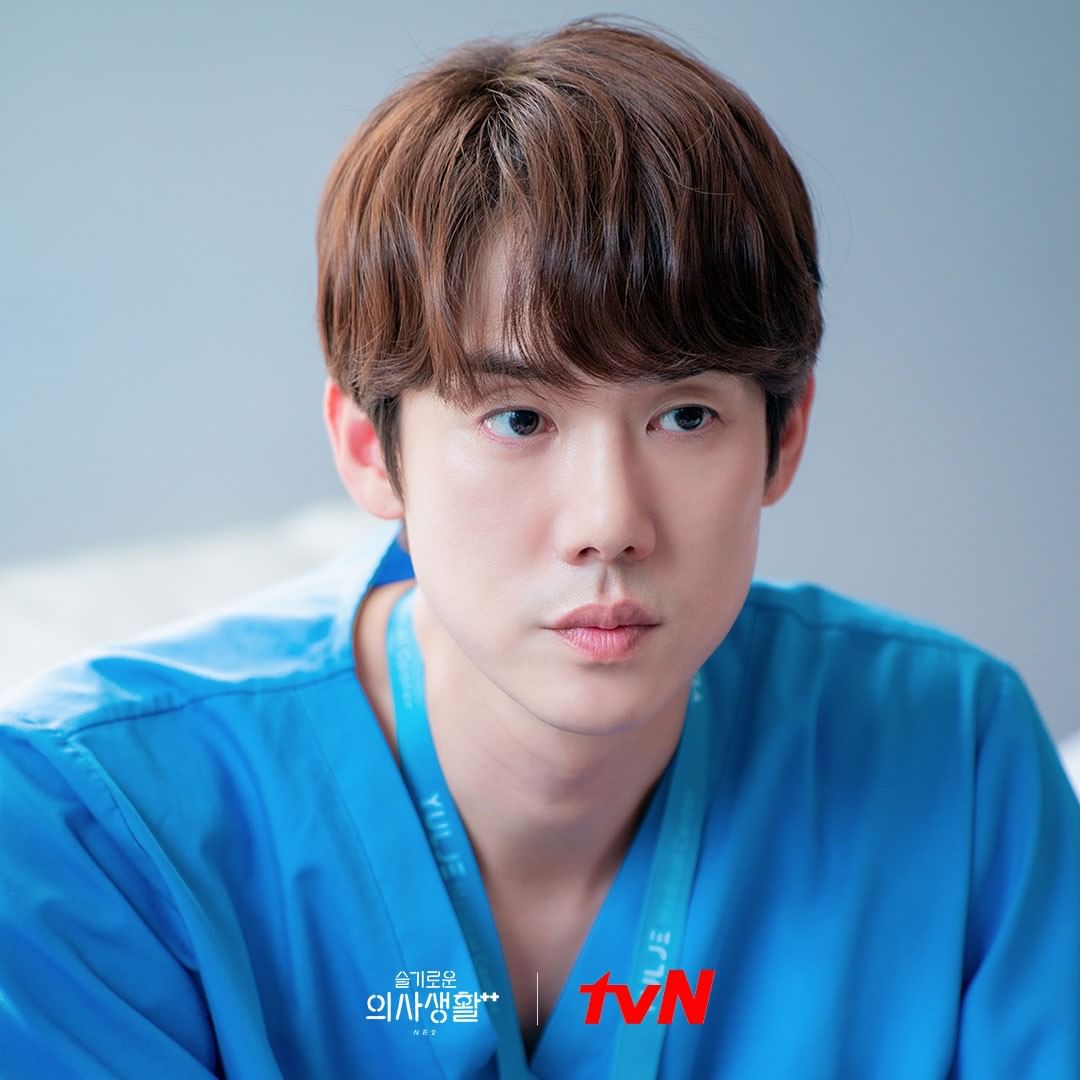 Kim Joon Wan also impressed viewers with lines that showcased an unexpectedly caring side of his personality. The doctor had ordered resident Lim Chang Min (Kim Kang Min) to announce a patient’s time of death, and although Lim Chang Min took on the task, he burst out into tears. In the end, Lim Chang Min couldn’t call out the time, and Kim Joon Wan had to take on the task instead. Afterwards, Lim Chang Min visited Kim Joon Wan to apologize for not being able to properly call out the time of death. To this, Kim Joon Wan responded, “What are you sorry for, you can cry. Aren’t doctors human too? It’s okay, you can cry. I don’t particularly want to tell you to hold back or hide those feelings. However, you still have to do your job. Making that decision is also a doctor’s job.” Kim Joon Wan impressed viewers with his own way of taking care of his junior with heartwarming advice. 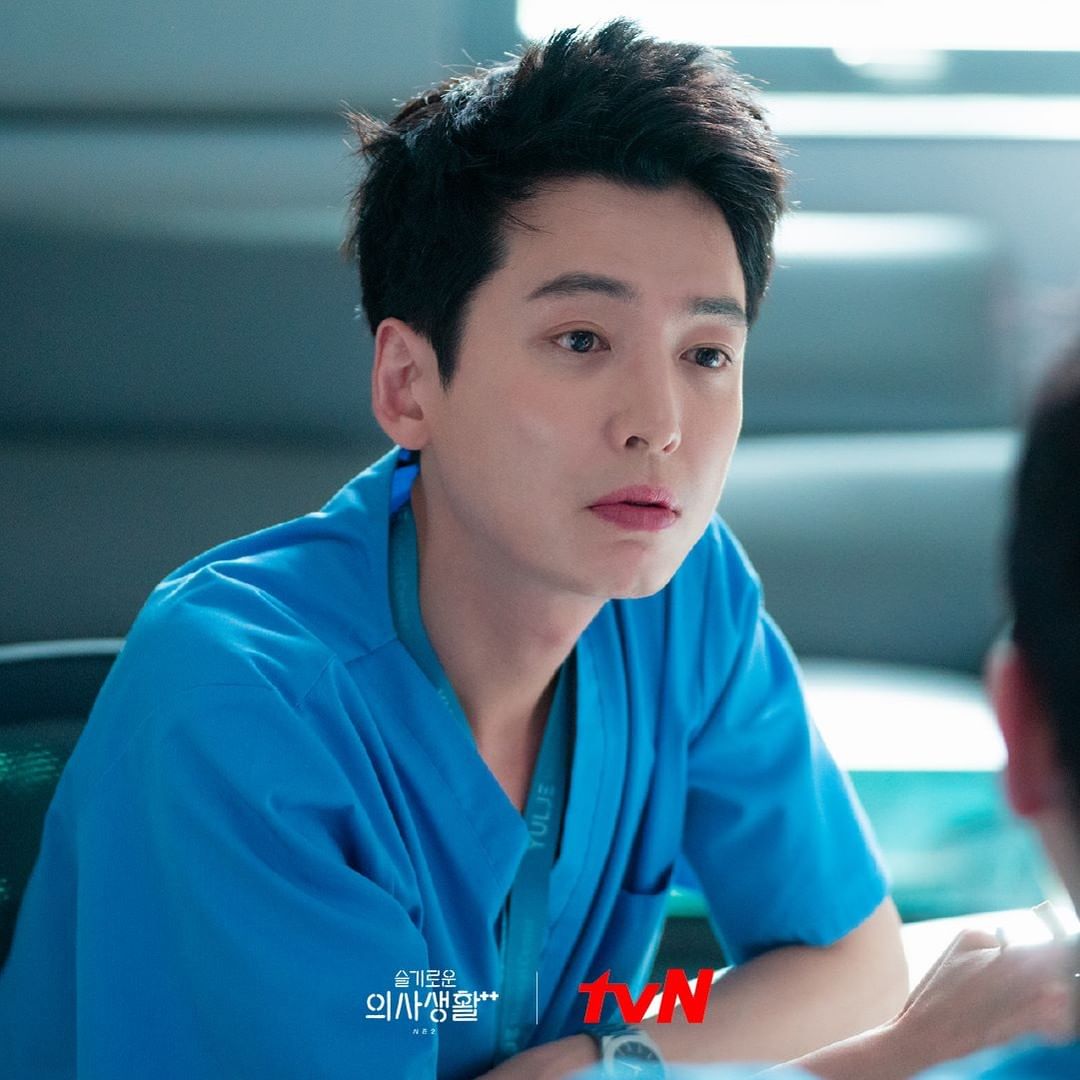 Known for treating his patients with careful attention to detail, Yang Seok Hyung revealed a story from his first time taking on a patient. He revealed that although he had told a pregnant woman that everything would be okay and to not worry, Yang Seok Hyung had to deliver the news to her husband that she had passed away due to amniotic fluid embolism. He shared, “I was taught to not express my emotions in front of patients, but is that even possible? I couldn’t hold back. I cried with them there.” After hearing the story of Kim Joon Wan going to the bathroom to cry secretly because he was embarrassed to cry in front of the patients and their families, Yang Seok Hyung shared, “I also tell my students that it’s okay to express some emotions as long as they keep boundaries. We’re not Artificial Intelligence (AI).” 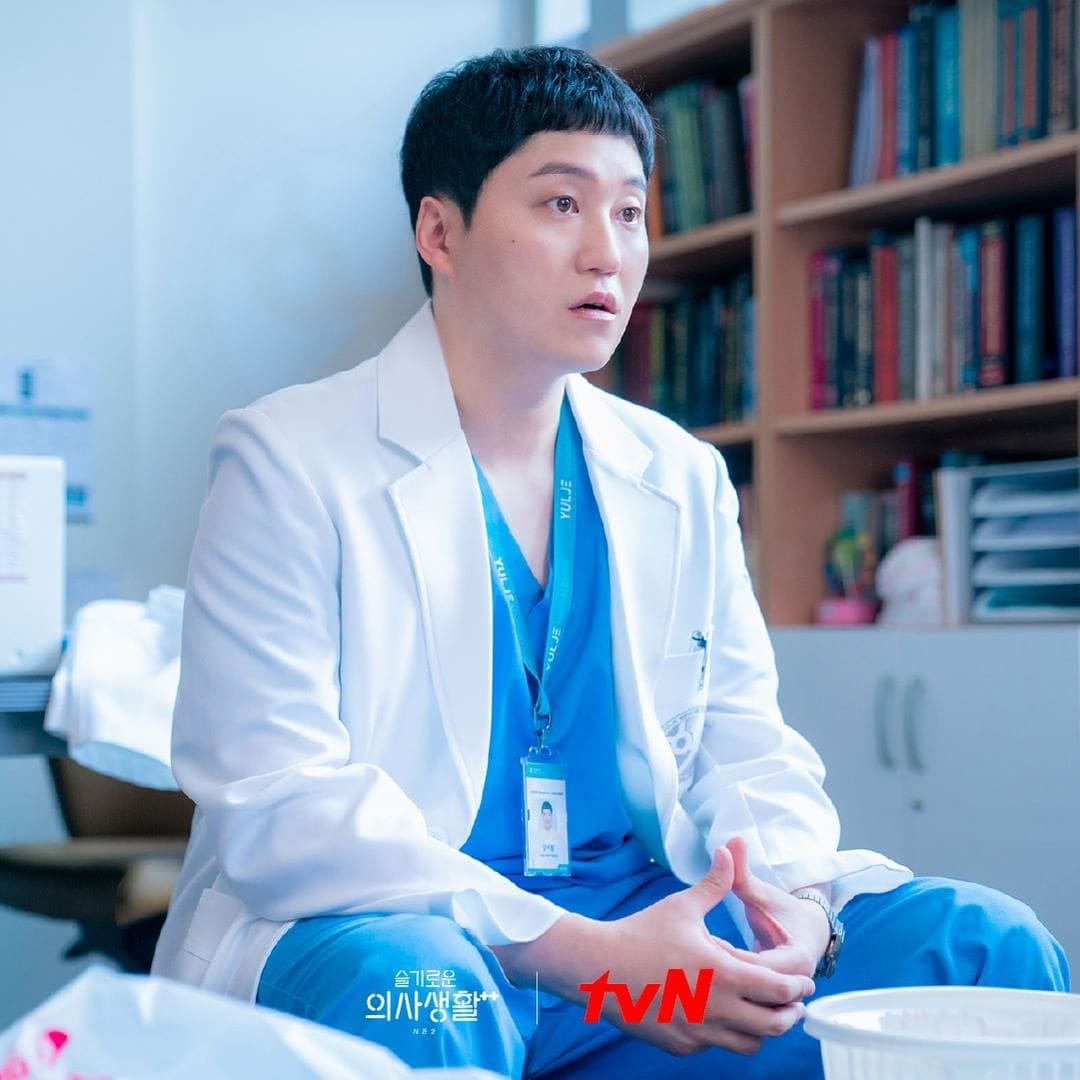 Due to her sharp personality and exceptional skills as a doctor, Chae Song Hwa is well-respected by her juniors, and she shared a good amount of thoughtful advice as well. Heo Sun Bin (Ha Yoon Kyung), who was checking on the state of a patient, reported an anomaly to her higher-up, who simply told her to continue to keep watch. Eventually, the patient lost consciousness, and when the doctor in charge continued to tell her to just wait, Heo Sun Bin yelled and asked if he was going to take responsibility if something went wrong. Thanks to her quick response, the patient passed a crisis. When Heo Sun Bin explained the situation to Chae Song Hwa and revealed that she would be apologizing to the doctor for her harsh words, Chae Song Hwa told her that her decision had been correct and that she has to keep pushing for her ideas if she thinks she is right. Chae Song Hwa was charismatic as she stated, “Fight fiercely. That’s how you save a patient.” 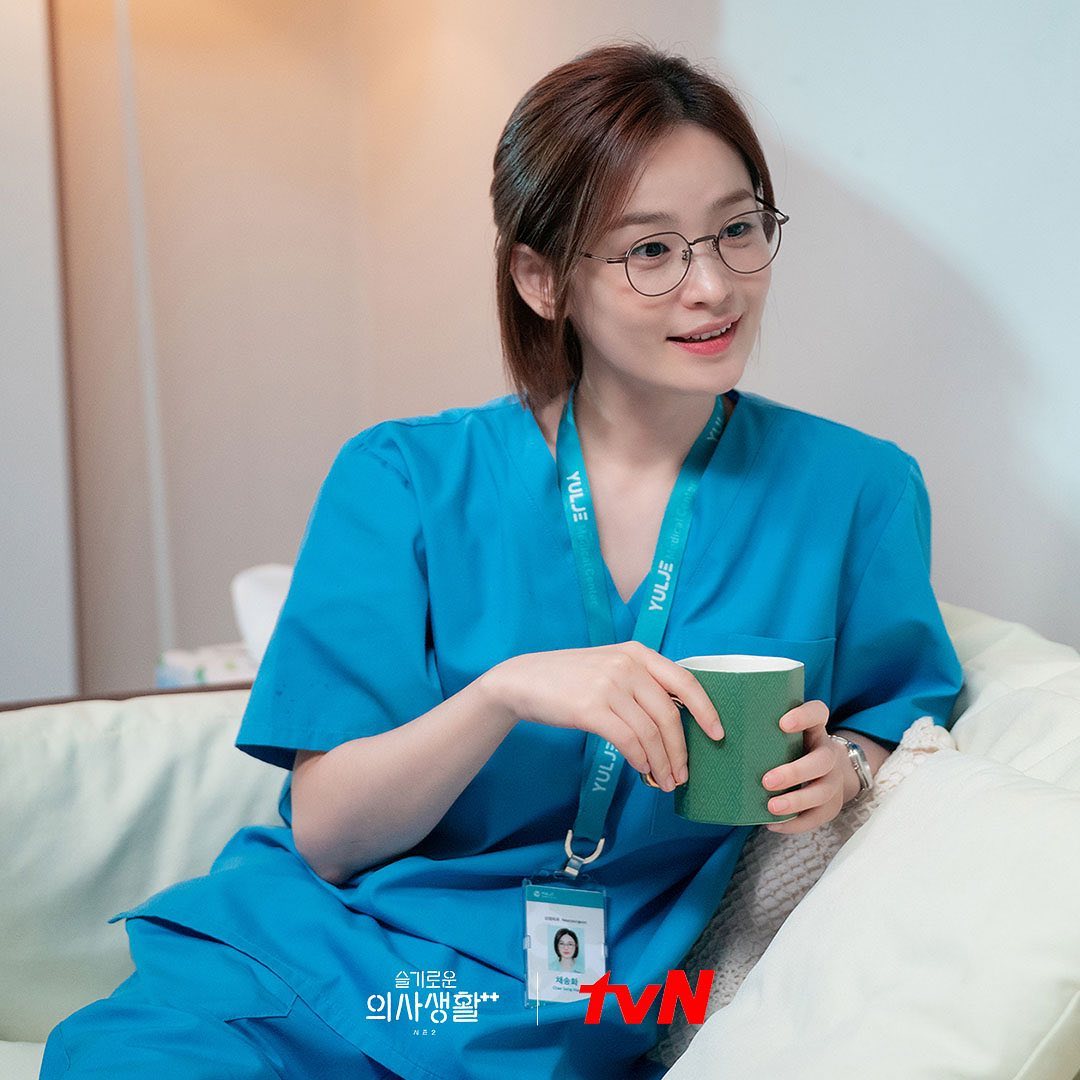 “Hospital Playlist 2” will take a break from airing on September 2 due to tvN’s coverage of the Asia preliminaries for the 2022 Qatar World Cup. The drama will return with episode 11 on September 9 at 9 p.m. KST.

In the meantime, watch Jo Jung Suk in “Hit-and-Run Squad” below: