SBS’s upcoming drama “One the Woman” has released a poster of Honey Lee!

On August 31, the drama unveiled a teaser poster of Honey Lee that shows her two characters. To the left is Jo Yeon Joo who exudes down-to-earth vibes. Her hair is long and wavy, and she is wearing her signature track suit. She displays a confident smirk as her eyes blaze with spirit.

On the other hand, Kang Mi Na, who stands to the right, oozes a cold aura as she stands stiffly in a neat outfit. Her hair is tied back, and her lips are bright red. She clearly has an extremely different personality from her look-alike.

Furthermore, Jo Yeon Joo is standing against a purple backdrop, whereas Kang Mi Na’s background is a bright green color. Their bodies are slightly overlapped, and the number 1 in the title “One the Woman” brilliantly shimmers to highlight the story about how their lives will coincide. 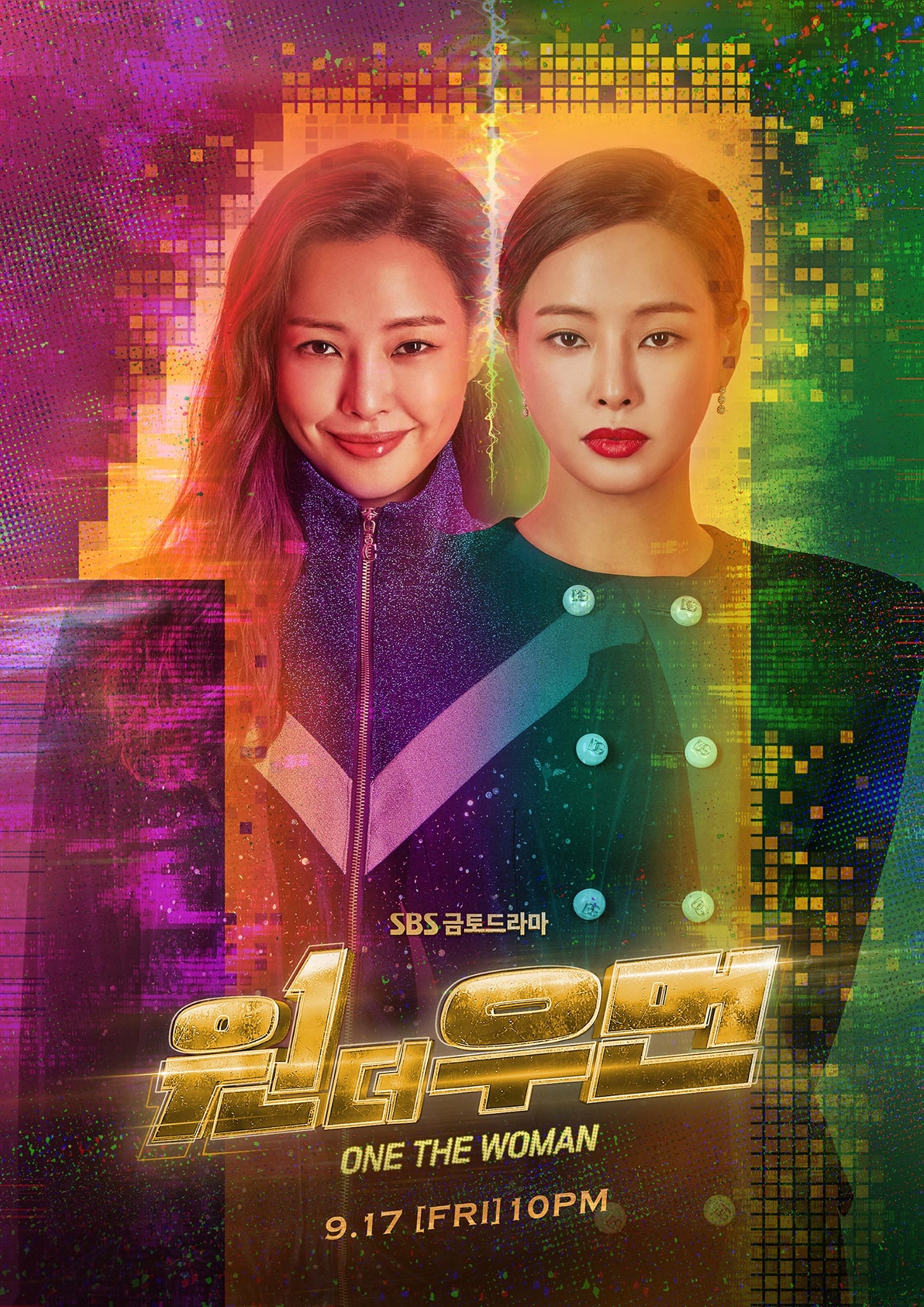 The production staff stated, “We wanted to show a clear contrast between Jo Yeon Joo and Kang Mi Na, who have the same face but have completely different appearances and atmospheres, through the teaser poster. Please look forward to seeing the thrilling double life that the two powerful doppelgangers will portray.”

In the meantime, check out Honey Lee in “The Fiery Priest“: