For the first time in four years, Girls’ Generation reunited as a full group on television!

On the September 1 episode of tvN’s “You Quiz on the Block,” all eight members of Girls’ Generation came together to make a special guest appearance on the show.

Although the members often meet up to hang out in real life, they confessed that it hadn’t been easy to get everyone together for the program, revealing that Sooyoung and Tiffany had taken the lead in encouraging the others to agree to the guest appearance.

Yuri playfully recalled, “At first, I pointed out that our 15th anniversary was coming up, and since that’s a big occasion, why do something for our 14th? But then I heard that it was ‘You Quiz,’ so I said, ‘Oh, “You Quiz?” Then we have to go.'”

Meanwhile, YoonA revealed that the members had promised one another the night before, “When we do our group introduction as Girls’ Generation, let’s try not to cry.” 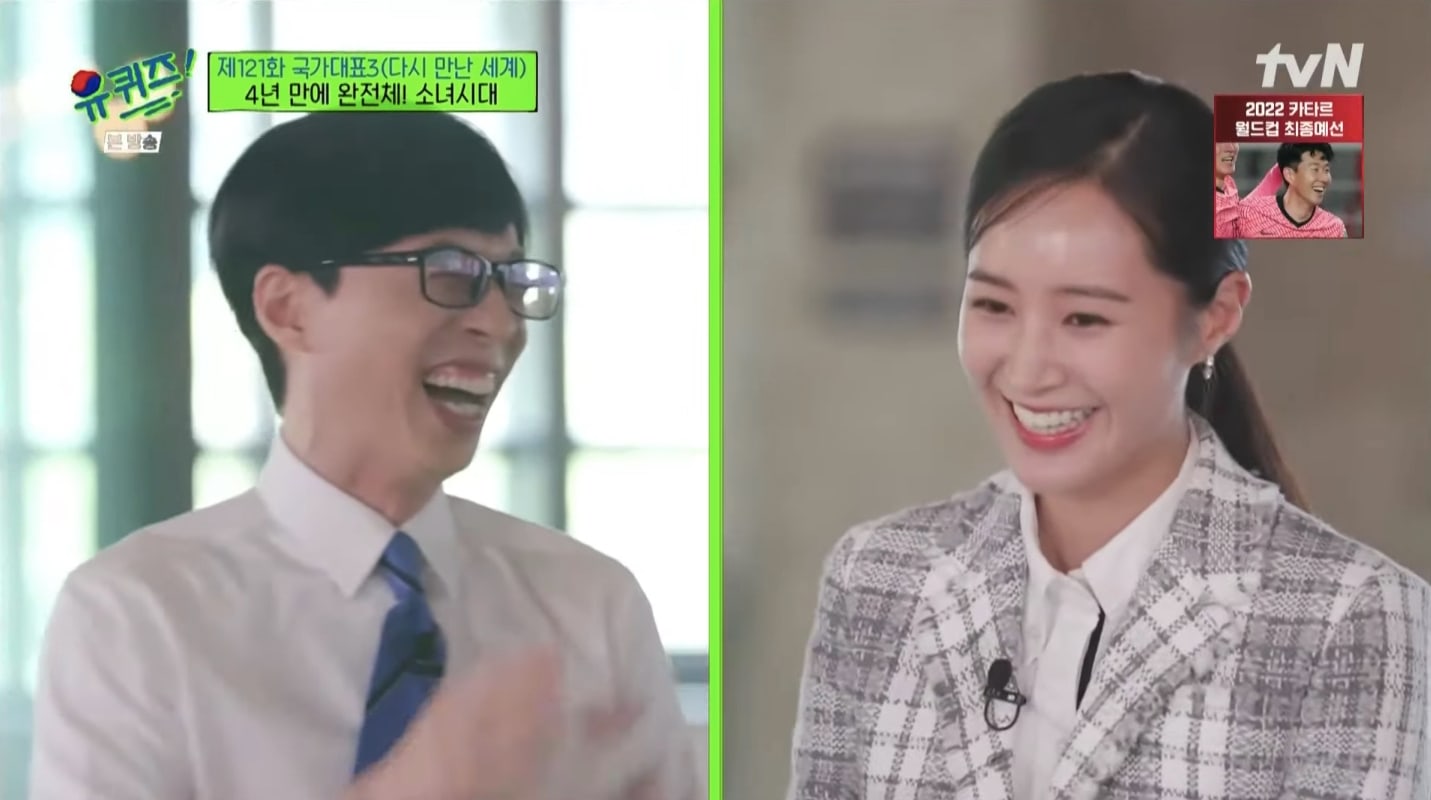 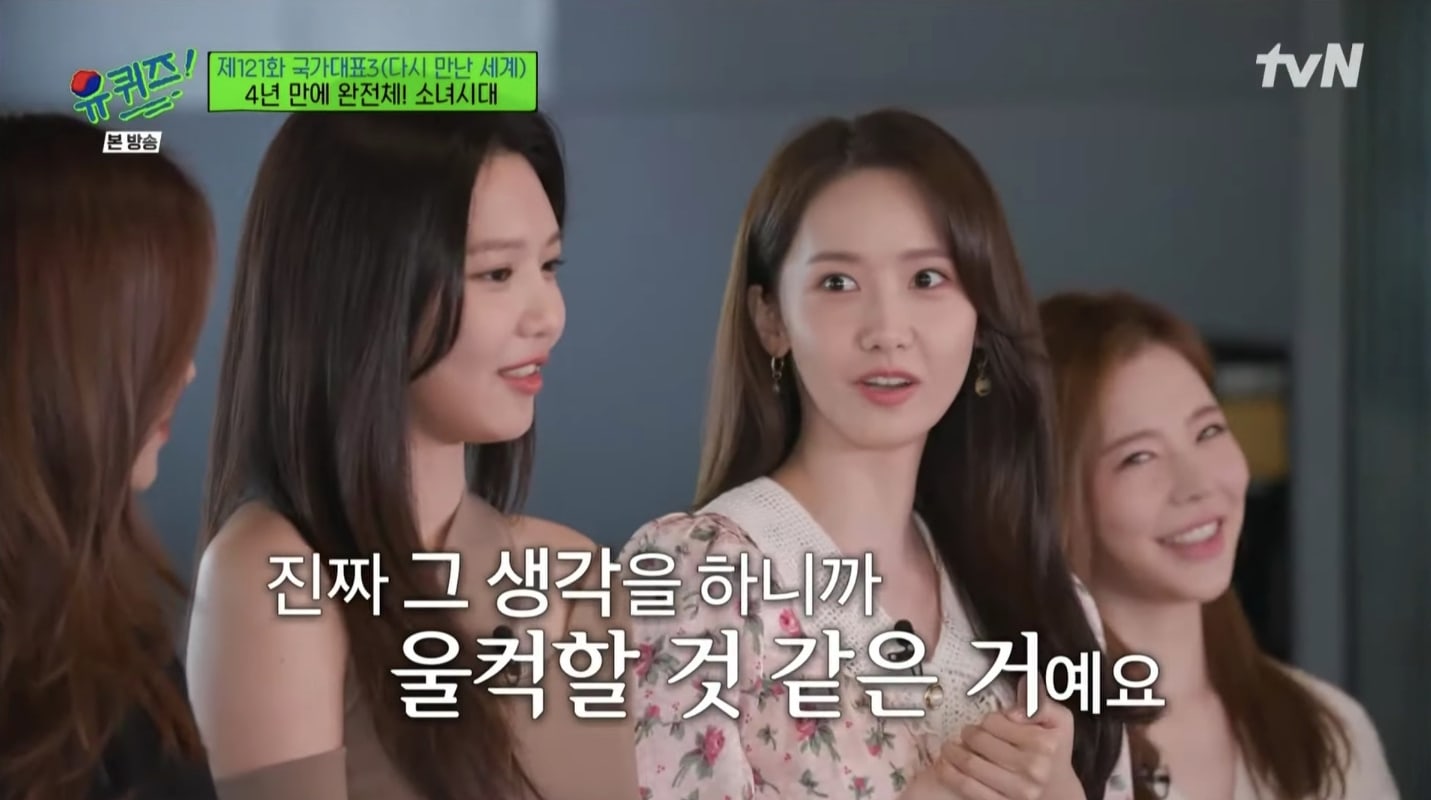 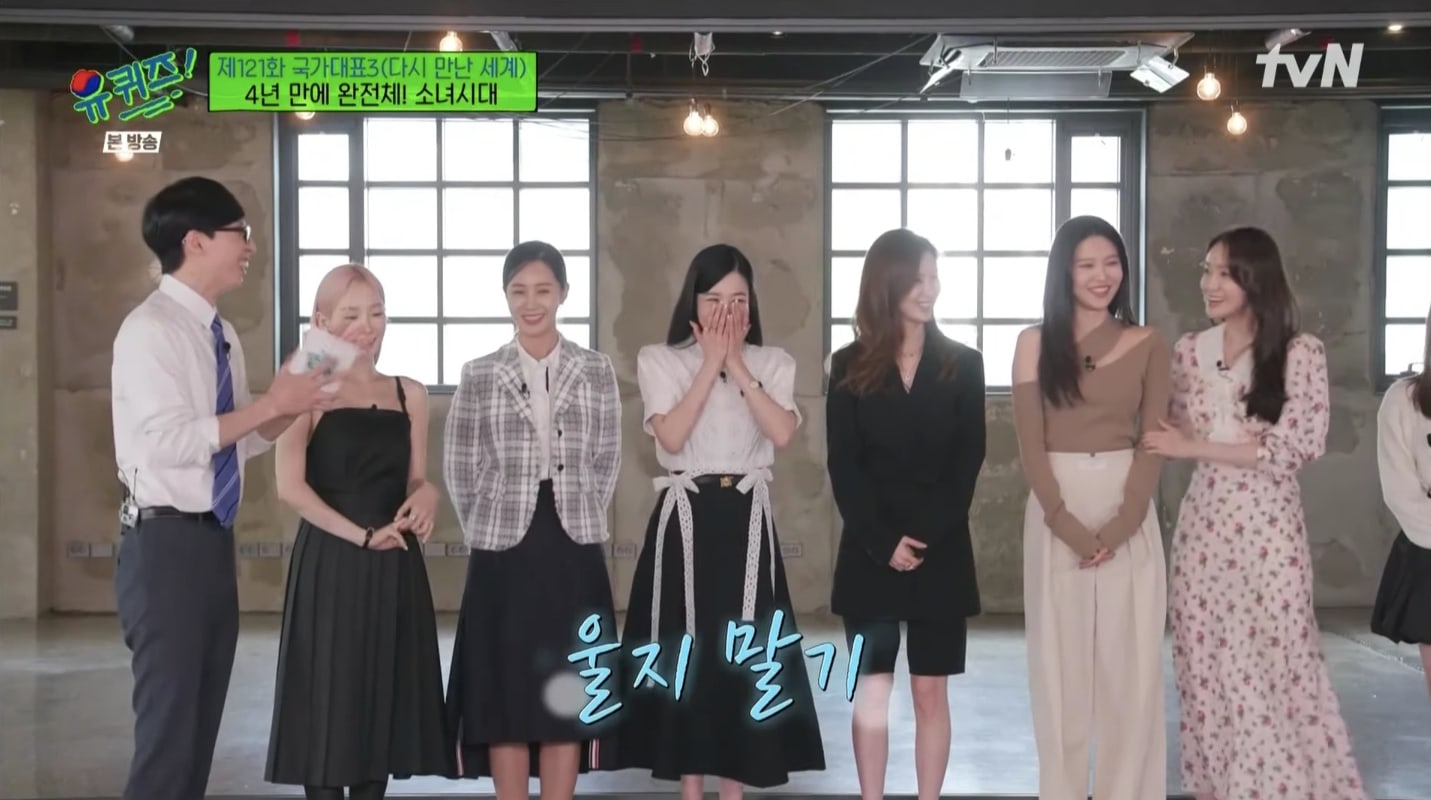 Later on in the episode, some of the members talked about when they felt an age gap with younger artists.

“When I’m talking to junior artists, they’ll talk about old variety shows and say, ‘I really wish I could have gone on that show,'” shared YoonA. “And I’ll think to myself, ‘But I actually did go on those shows.’ On one hand, I’ll sort of want to brag about it, but I’ll also think, ‘The moment I say this, they’ll realize just how long I’ve been working in the industry.'”

Yuri went on to reveal, “When younger singers tell me, ‘My mother was a huge fan of Girls’ Generation,’ it makes me wonder, ‘How do our generations line up?'”

YoonA made everyone crack up in horror as she added with a laugh, “I saw a post online that said, ‘Girls’ Generation’s skinny jeans [from “Gee”] are the pants my mom used to wear.’ I thought to myself, ‘Has it really been that long?'” 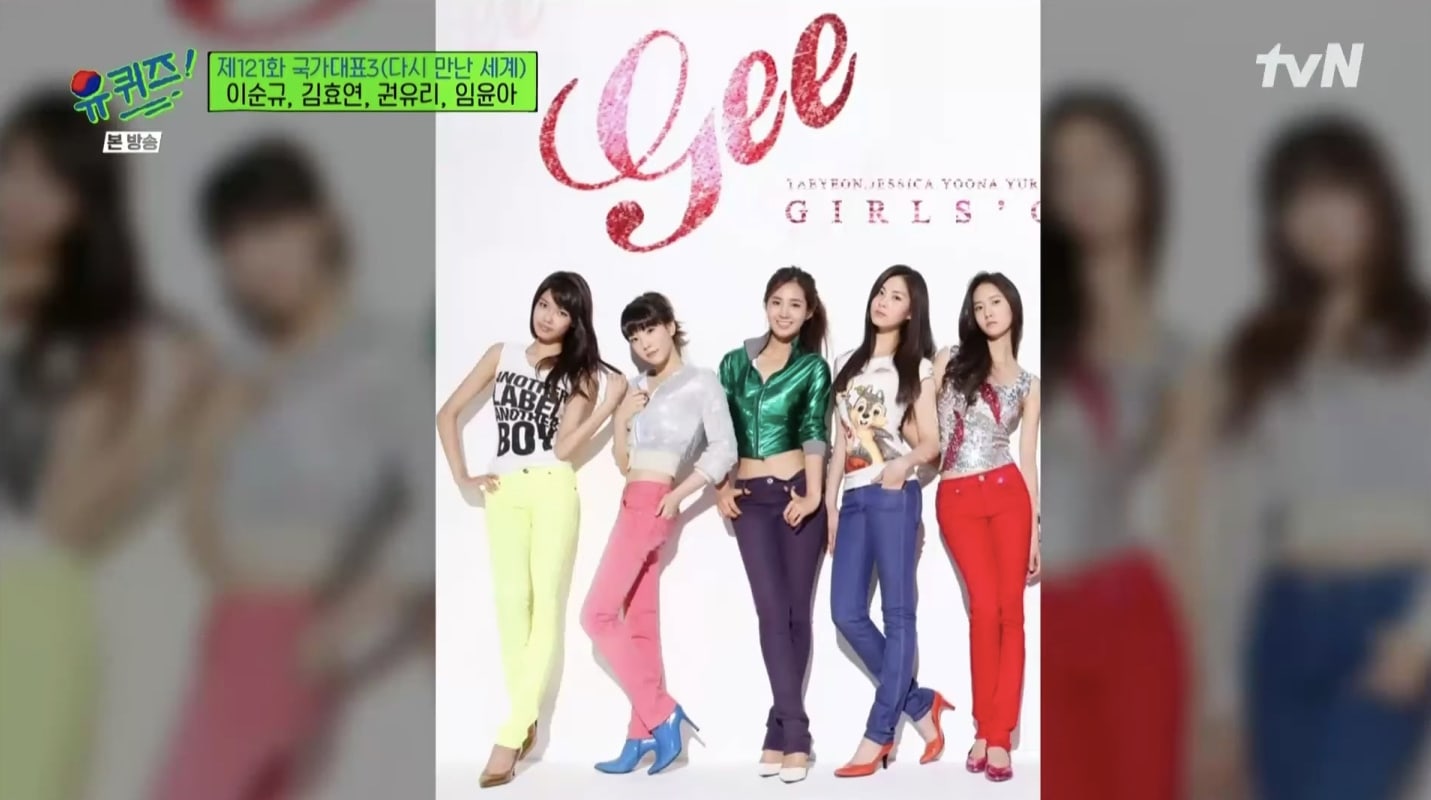 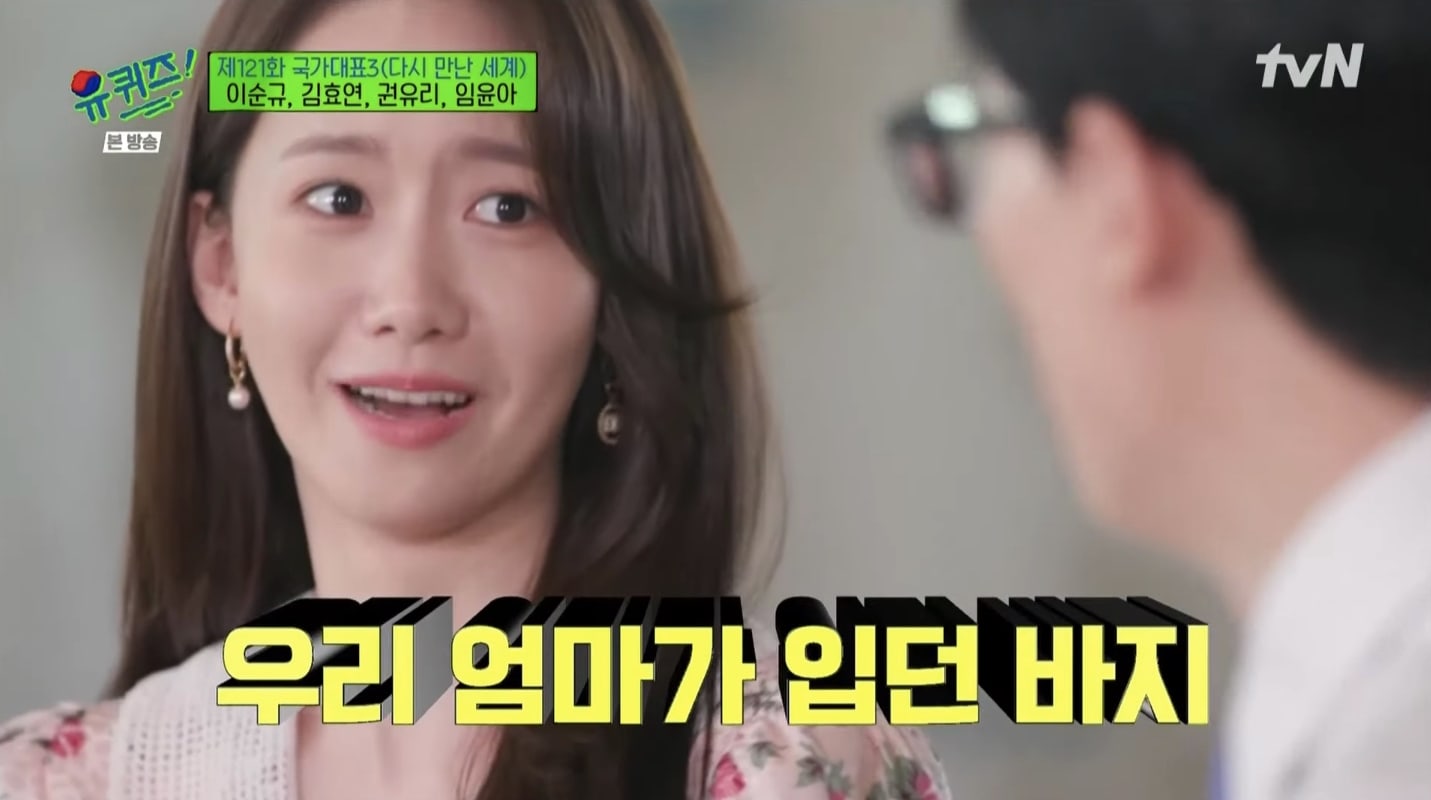 Girls’ Generation also recalled some of the busiest times during their promotions as a group.

“For me, what I remember most is when we went to Australia,” said Sunny. “We took a 12-hour flight there early in the morning, performed, took a midnight flight back to Korea, then immediately went to perform on a music show.”

Yuri chimed in, “There was also a time when we flew to France, left that same day, and flew directly to the United States from there.” Hyoyeon added, “We once performed at a Japanese year-end music show, then immediately took a private jet back to Korea and performed at a year-end music show here. We were wearing our stage outfits for nearly two days straight back then.”

Recalling just how hectic their schedules had been, Seohyun later shared, “At the end of the year, we had to prepare so many special performances. There were typically around 20 or so. I remember that we sometimes had to learn the choreography on the day of the performance, when we got to the venue and were about to go on stage. We had to learn the choreography during the rehearsal.”

Tiffany continued, “When we covered [Lee Hyori‘s] ‘U-Go-Girl,’ we spent two hours the day before learning the choreography, but we didn’t have time to learn all of it.” Taeyeon interjected, “So I ended up crying while we were practicing. Because we needed to pull this off, but I couldn’t do it.”

Sooyoung pointed out, “It’s because we kept pulling it off that they kept asking us to do these things.” She then jokingly remarked, “That’s why you shouldn’t pull it off.” 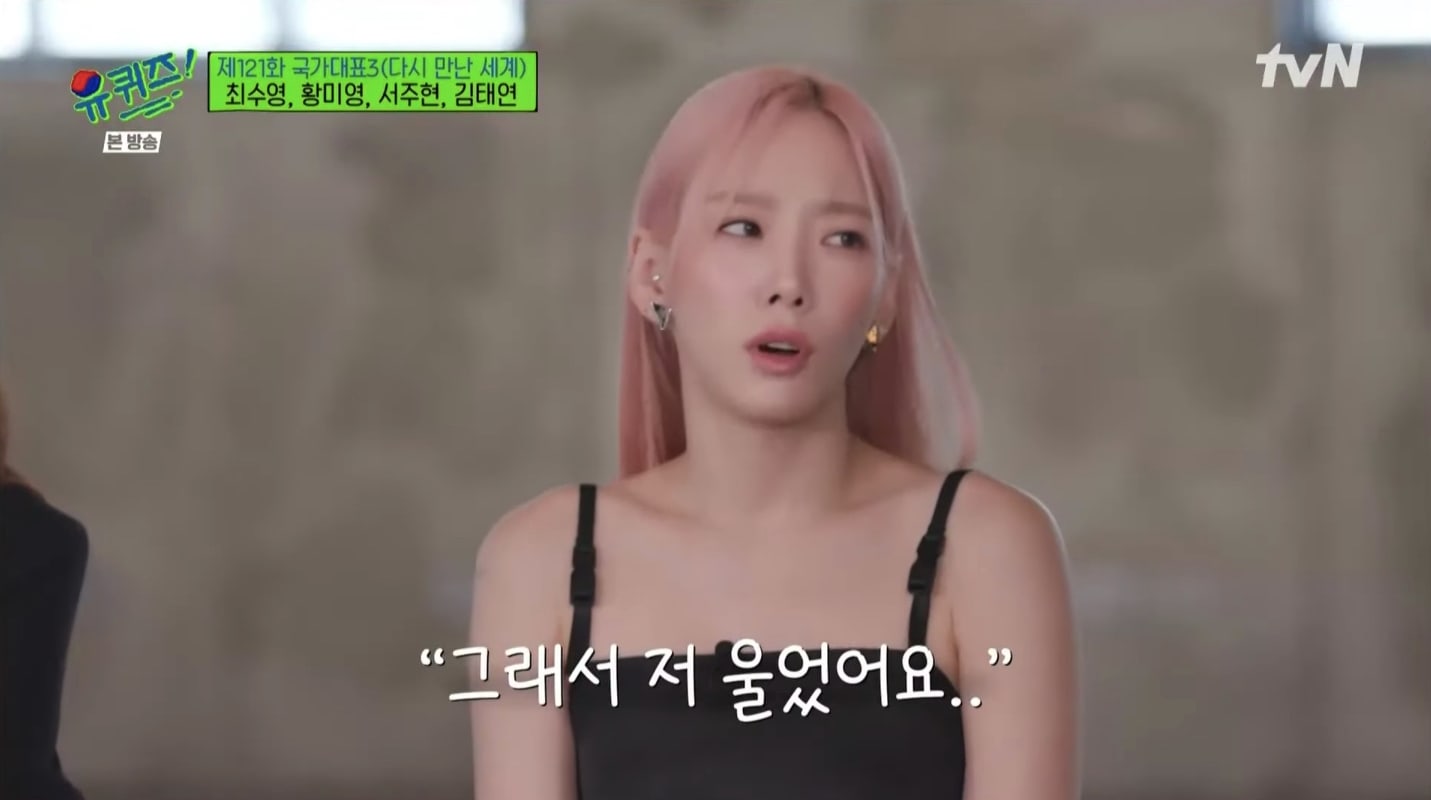 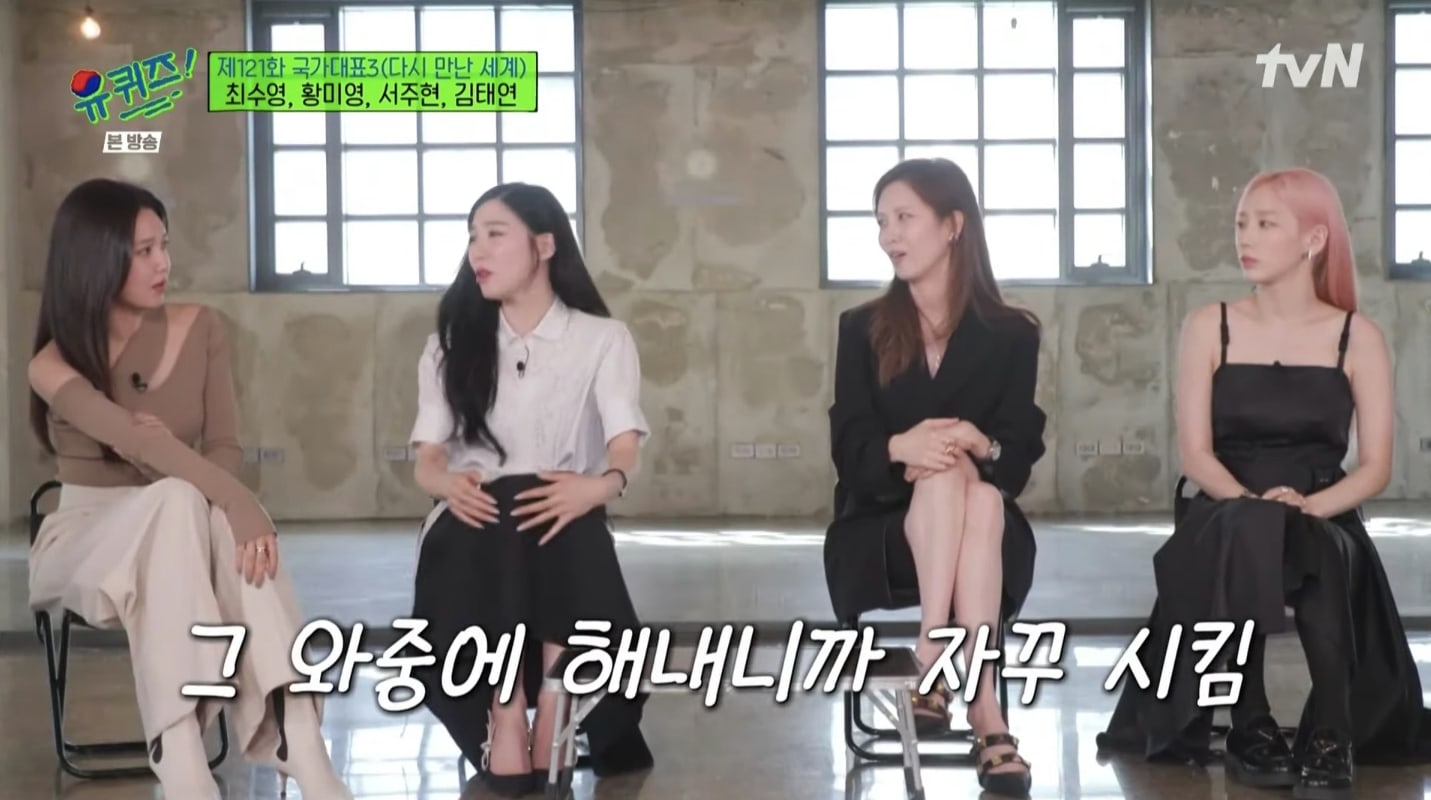 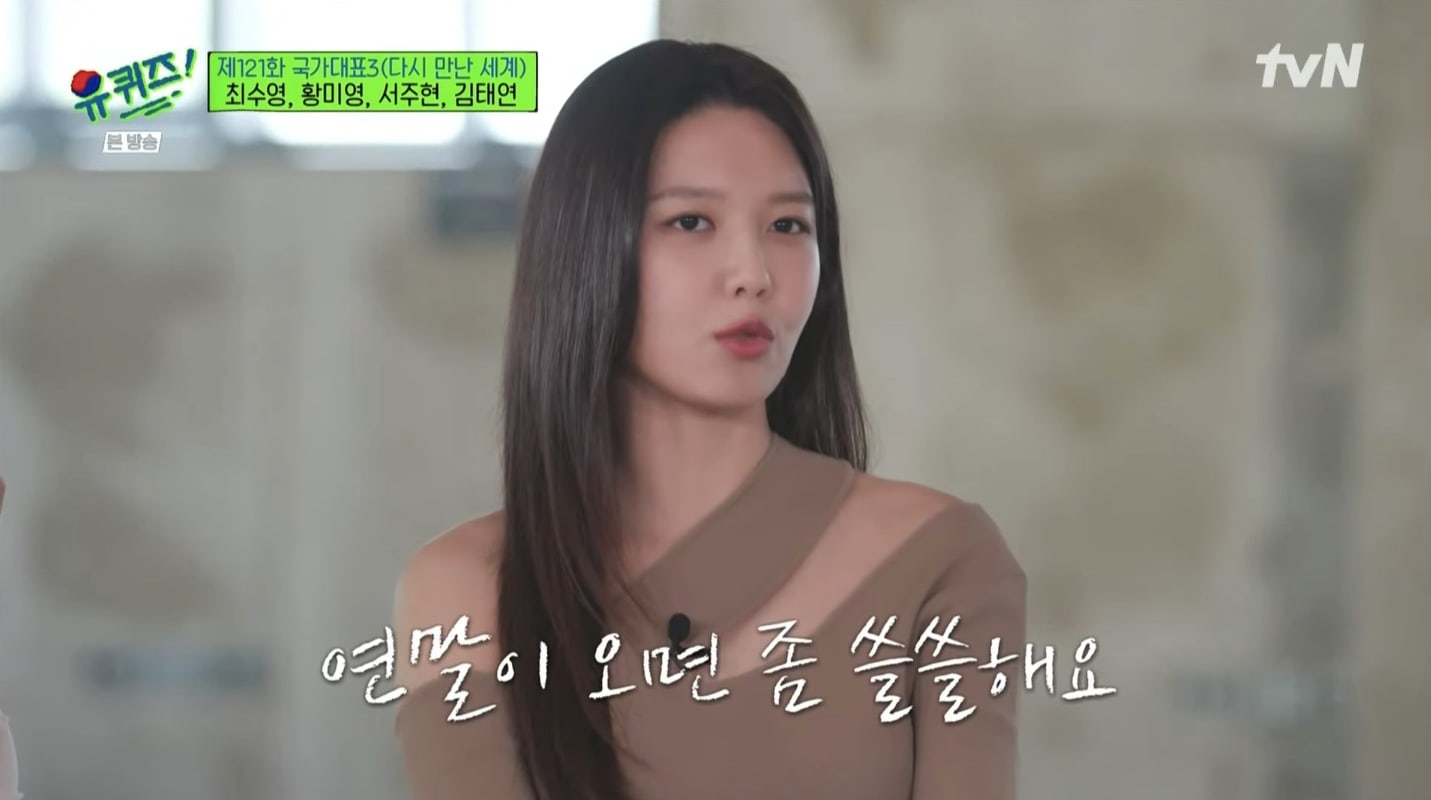 At one point during the episode, host Jo Se Ho asked about the possibility of Girls’ Generation making a comeback as a full group.

YoonA replied with a smile, “We always say this, but we’re always open to it.”

Sunny playfully responded, “I guess we’ll have to do it now, since [Yoo Jae Suk] said so.” 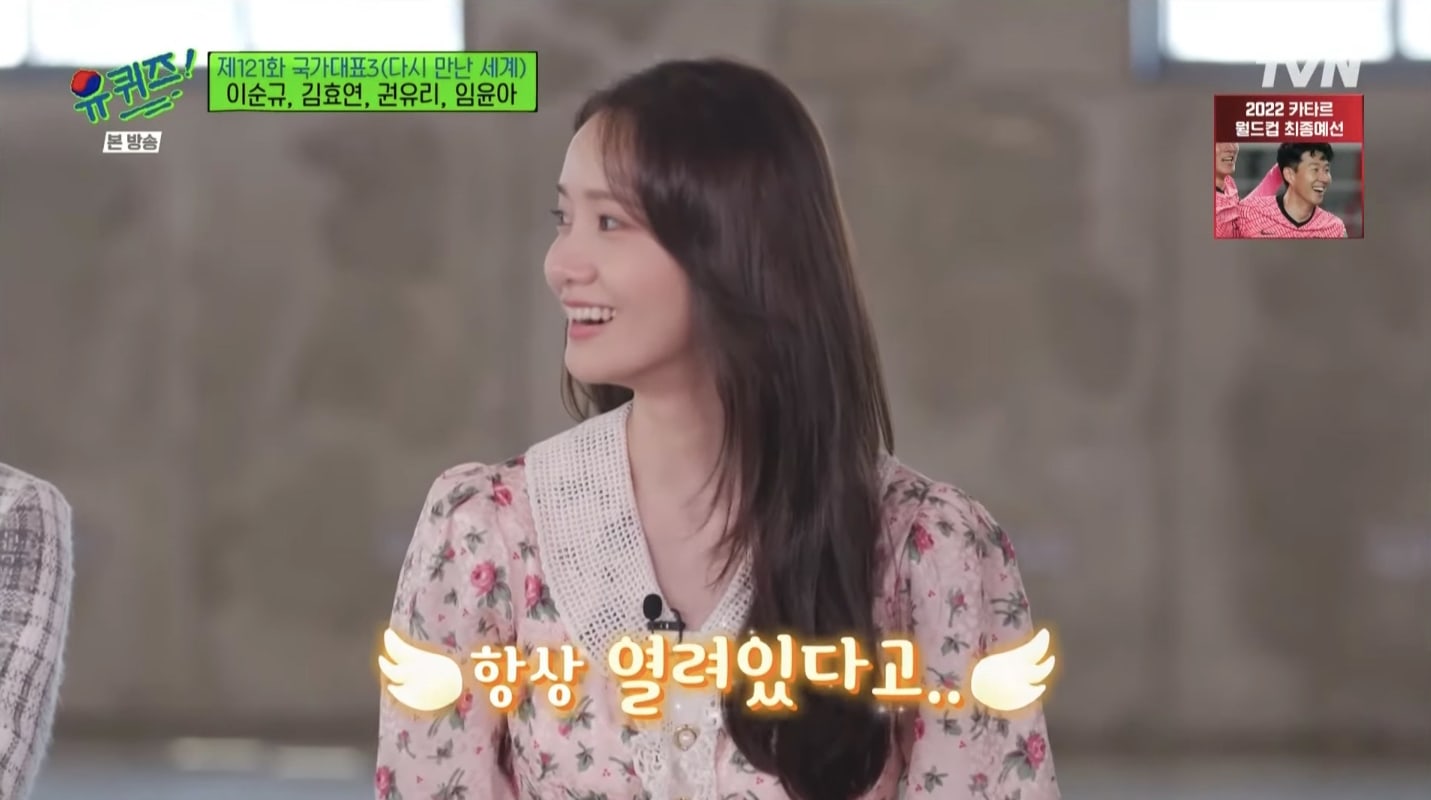 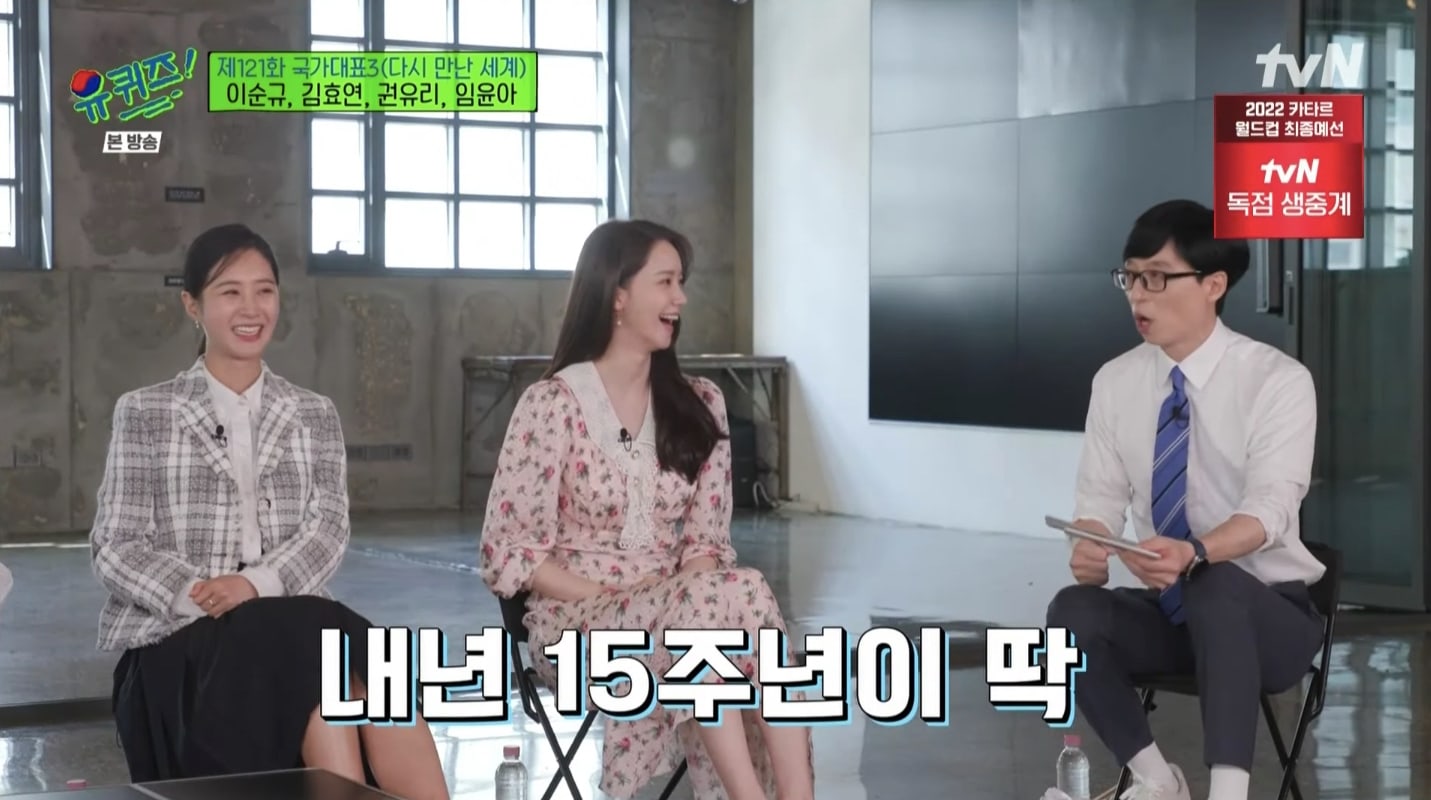 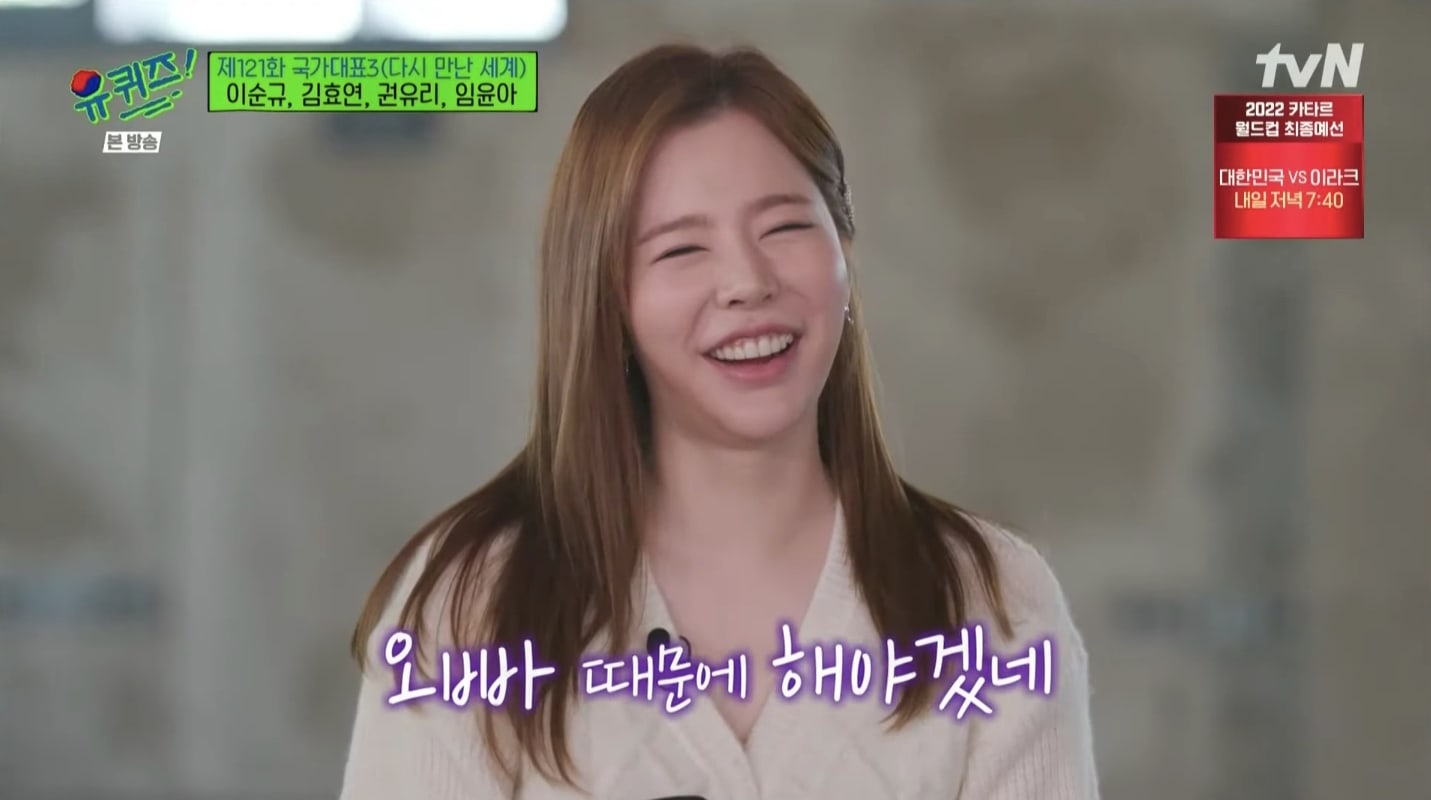 Watch Yuri in her recent drama “Bossam: Steal the Fate” with subtitles below!

Girls' Generation
Hyoyeon
Seohyun
Sooyoung
Sunny
Taeyeon
Tiffany
YoonA
Yuri
You Quiz on the Block
How does this article make you feel?