MBC’s “The Red Sleeve” has unveiled its first stills of 2PM’s Junho!

The new Friday-Saturday drama “The Red Sleeve” will be a record of an imperial court romance between a court lady who wanted to protect the life she has chosen and an emperor who put the nation first before love. The drama is based on a popular novel of the same name and will be a traditional sageuk.

Junho plays the meticulous and proud Yi San, who was born as the direct descendant and eldest grandson of the King. Yi San puts in endless effort in order to become a good and wise king, but he has been traumatized by his father’s death. However, when he meets the ambitious court lady Seong Deok Im (Lee Se Young), he clumsily begins to show a romantic side he didn’t know he had. Yi San will one day become Joseon’s King Jeongjo, and in the process, he’ll be conflicted between choosing cold rationality as one nation’s leader and passionate love as just one man.

The first stills of Junho as Yi San show him changing into his royal robe. He stands upright, exuding the charisma of the eldest grandson of the king, as the eunuch and court lady busily dress him in his robe. His cold, piercing eyes, furrowed eyebrows, and pursed lips all convey a solemnness that is also alluring in a way. His serious appearance leaves viewers wondering how the strict and arrogant young man will fall in love and gradually change. 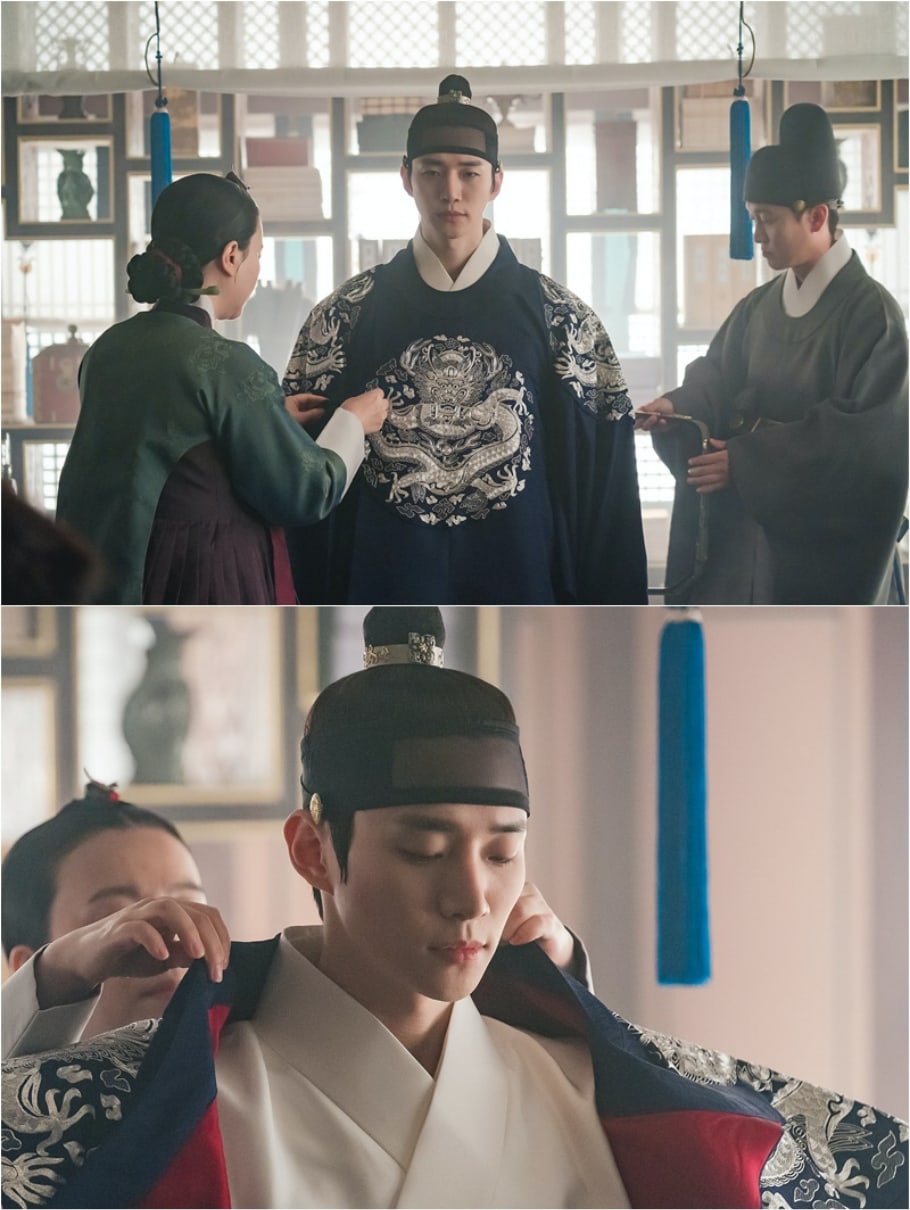 The drama’s production team shared, “As this is Lee Junho’s first drama following his military discharge, he is preparing eagerly to greet the viewers. Just as he is known to be a hard worker, he is doing his best to analyze his character to create his own Yi San. You will be able to sense Lee Junho’s improved acting and enhanced charm. You will fall in love with Lee Junho’s Yi San.”

“The Red Sleeve” will be helmed by director Jung Ji In, who worked on “Radiant Office” and “Hold Me Tight,” and it will be written by scriptwriter Jung Hae Ri, who co-wrote “Ruler: Master of the Mask.”

The drama is slated to premiere in November.

In the meantime, check out Junho in “Wok of Love” with subtitles below!

2PM
Lee Junho
The Red Sleeve
How does this article make you feel?